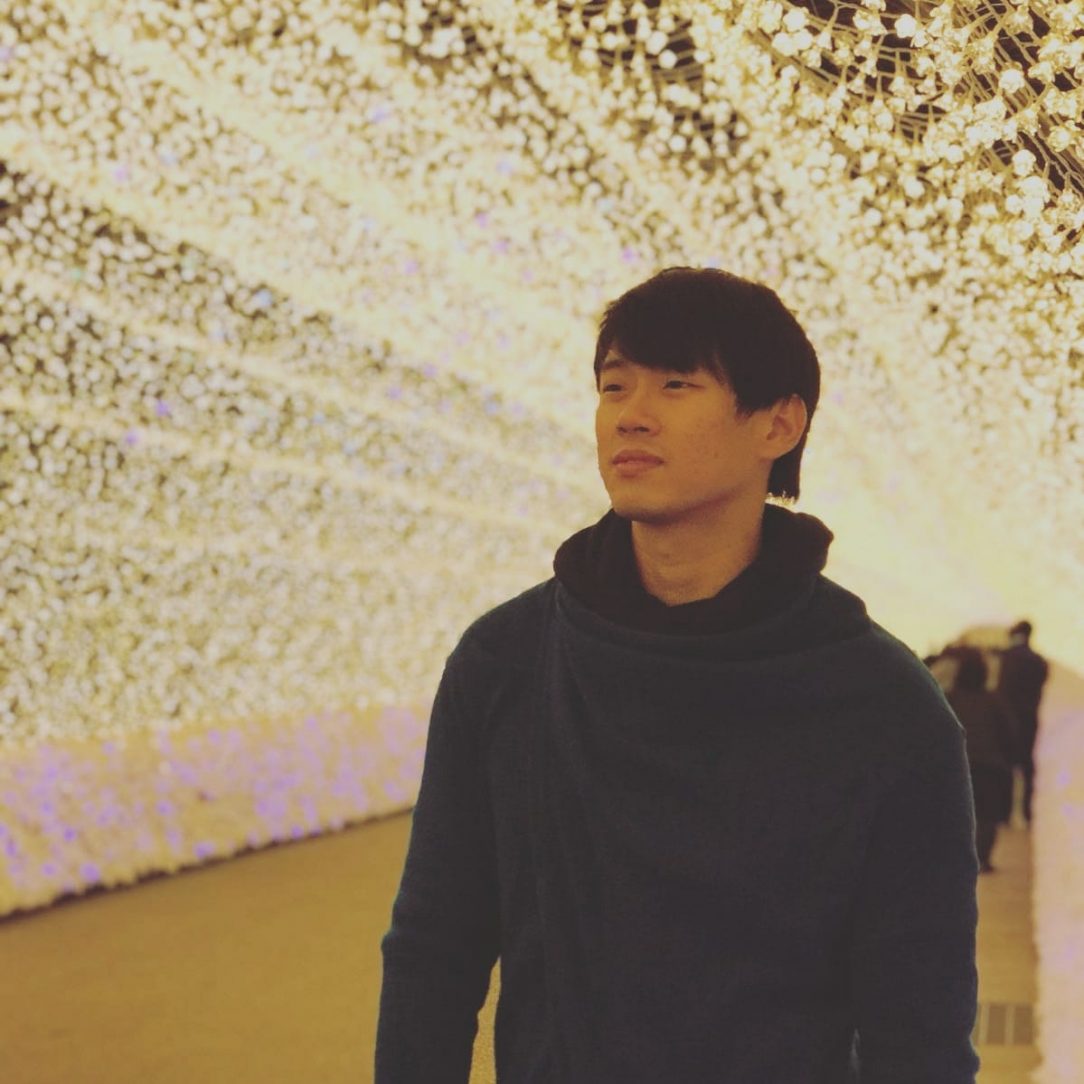 Out Of The Closet: Paul Ng Shares His Story

Paul Ng, a Singaporean in a three way relationship shares with us details of his polyamorous relationship as well as his coming out story.

How does your relationship work?

Usually, I’m the one at the receiving end of such questions from curious heterosexuals. But for the first time in my life, I’m the one doing the interrogation.

It was a refreshing change honestly. But not a situation I envisioned ever finding myself in. After all, my sexuality alone renders the nature of my relationships to be deemed as unconventional.

So who would have thought that I would one day encounter a relationship so fundamentally different that I would see a need for it to be clarified. 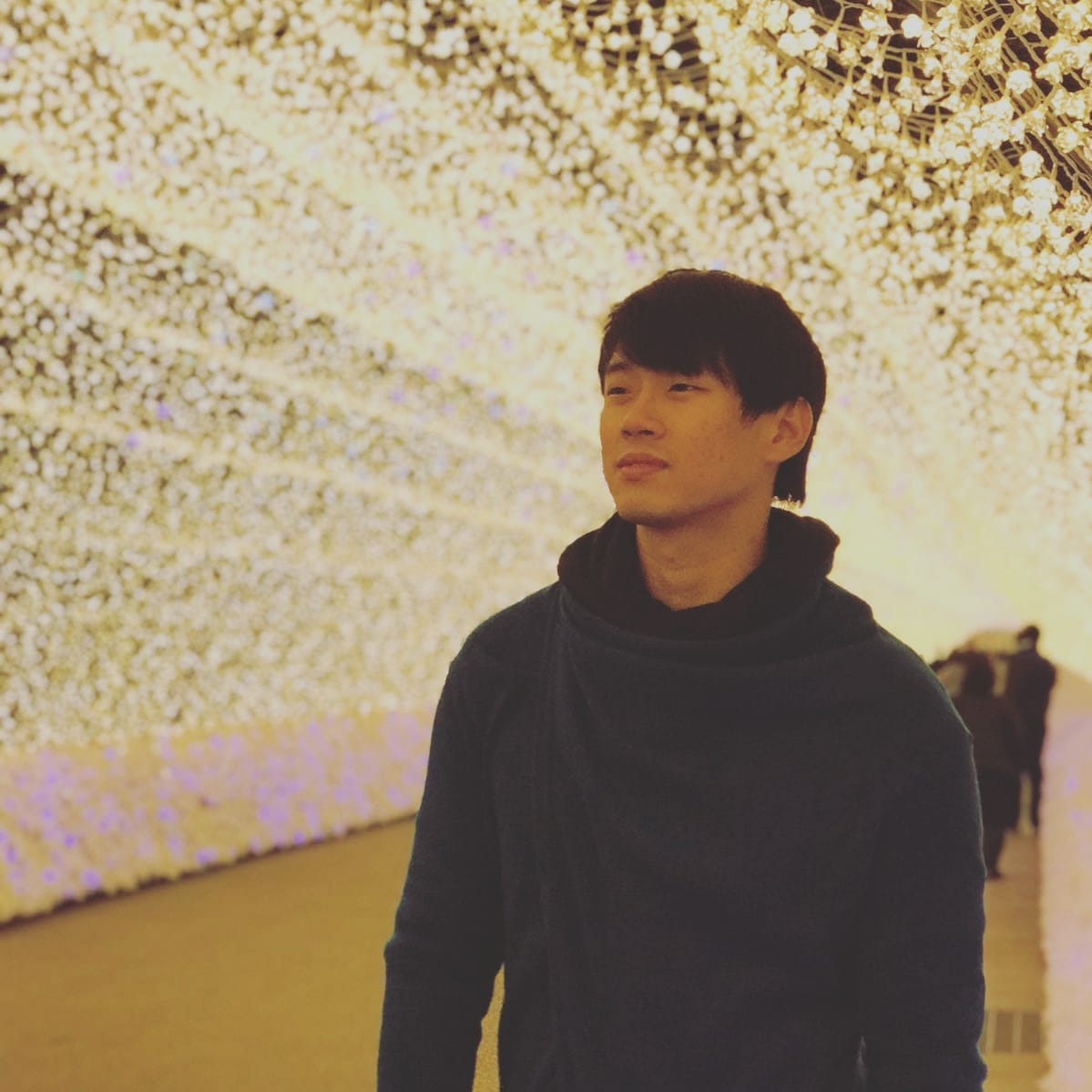 As part of a throuple together with his boyfriends James and Ian, Paul is arguably the only Singaporean who is publicly openly about his three-way relationship. His Instagram account is littered with pictures of the happy throuple. And Paul has even gone so far as to discuss his relationship publicly at a panel discussion organised by gayhealthsg a few months ago.

Despite his openness however, misconceptions abound when it comes to polyamorous relationships. For many, it is a poor excuse for lust.

But as Paul shares his story with me, it’s clear that a polyamorous relationship is not the answer to raging hormones.

But before we get to his explanation on how his three-way relationship functions, it’s imperative to get to know Paul as an individual first. 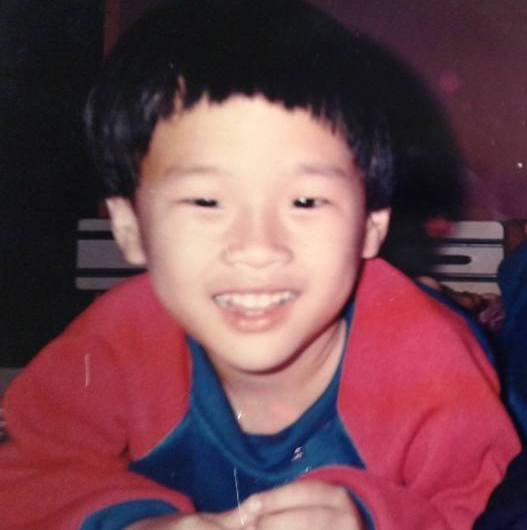 At the tender age of 10, Paul experienced his first bout of same-sex attraction.

I was watching an infomercial on one of those machines you use to sculpt your abs. The model in the show took off his shirt to reveal the results of his working out.

I saw his glistening pecs and abs and was instantly aroused.

While his father readily accepted Paul when he came out at the age of 19, his mum had a harder time.

She cried, blamed herself and was distant for a few weeks. I tried to speak to her but to no avail.

I think it was just time and also me taking my exes along for dinners with my mother that made her realise I hadn’t actually changed and being gay wasn’t something to be upset about. After a few years, she eventually came round. 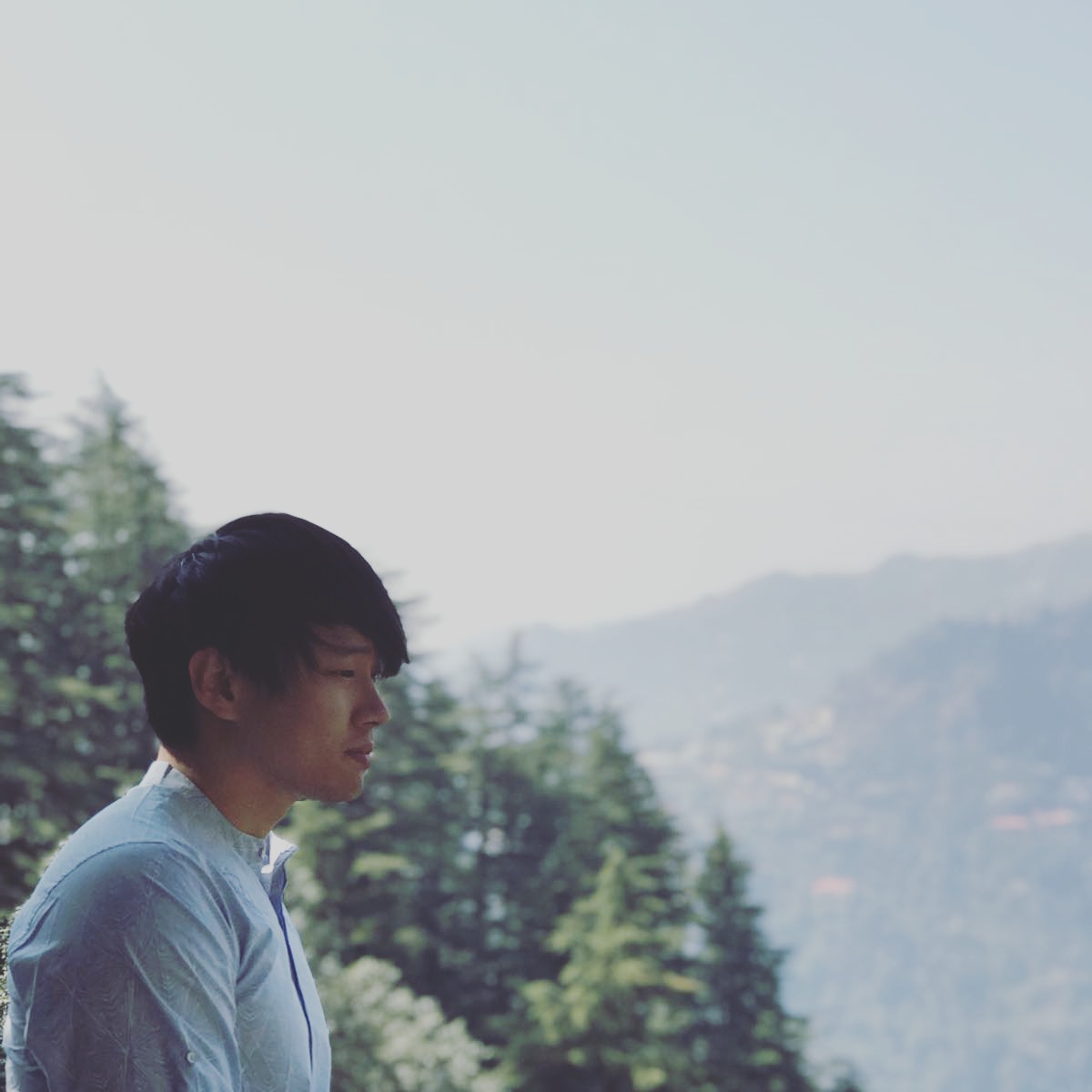 After several failed relationships, Paul finally found a stable partner in the form of James, whom he met through Facebook.

After many relationships, you learn what it is you need or want in a partner so that the relationship has a greater chance for success.

In James, I saw someone pragmatic, logical and laidback, an excellent foil to my more passionate and dramatic self.

The pair enjoyed a monogamous relationship for a time before they decided to move into an open relationship in 2013. That was when Paul met Ian through a gay app.

Ian and I were messaging each other on Jack’d till we decided to meet for dinner.

For both of us, there was also mutual attraction from the get-go. I liked his ambition; it inspired me. And his artistic side was something I could identify with. 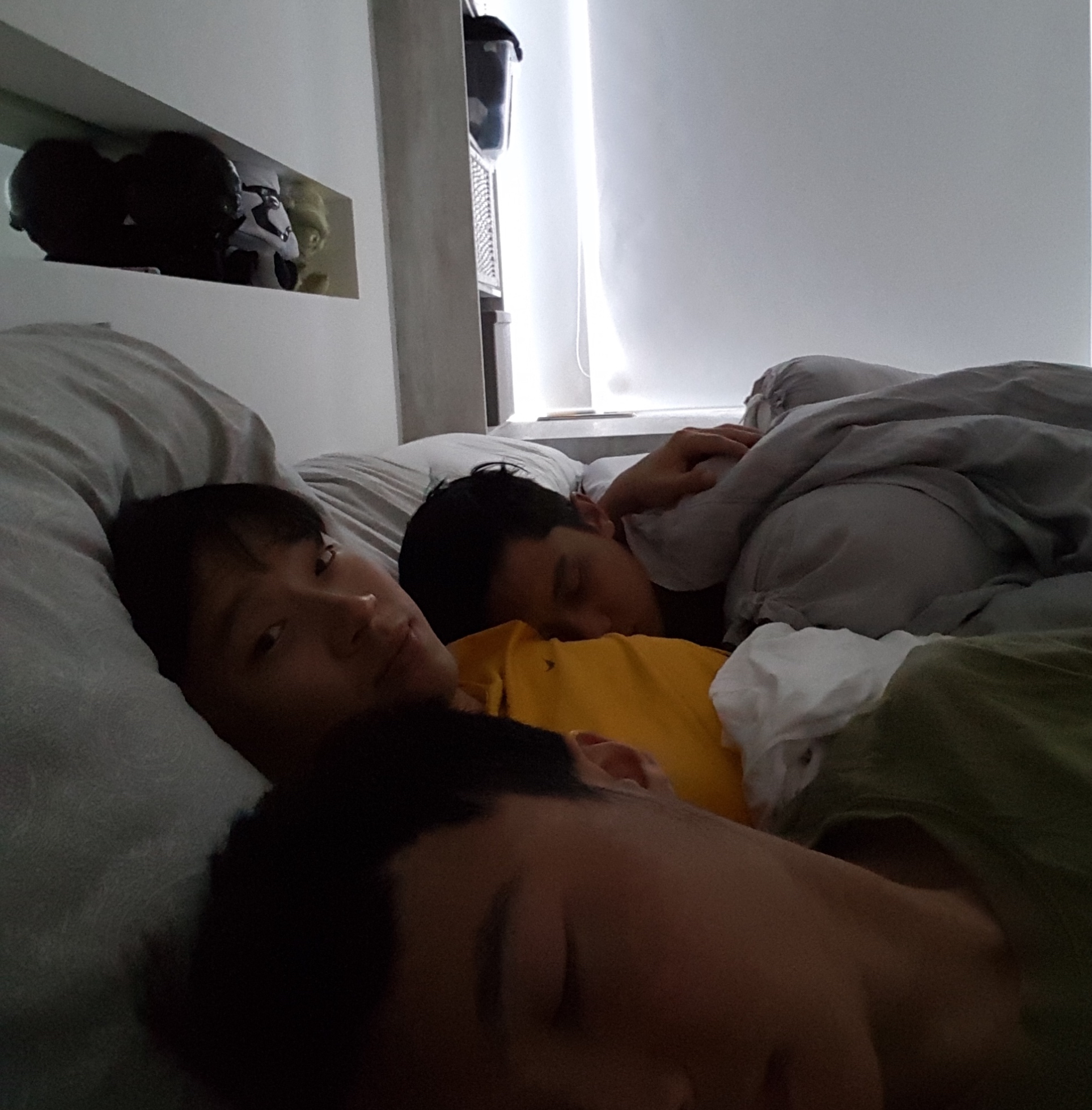 As you can imagine, introducing a third party into his relationship with James wasn’t easy.

In the beginning, James felt insecure, and that required me to be sensitive to the position I’ve put him in.

It required me to let him know that my feelings for him hadn’t changed and won’t be changing just because Ian’s now in the picture.

Progressing into a three-way relationship wasn’t only difficult for James. Ian also had his own set of challenges to deal with as he tried to integrate himself into the relationship.

Ian felt out of place. So I had to constantly be cognisant of what was happening and sometimes invite Ian into our conversations.

I also had to get James to understand the need for similar mindfulness. 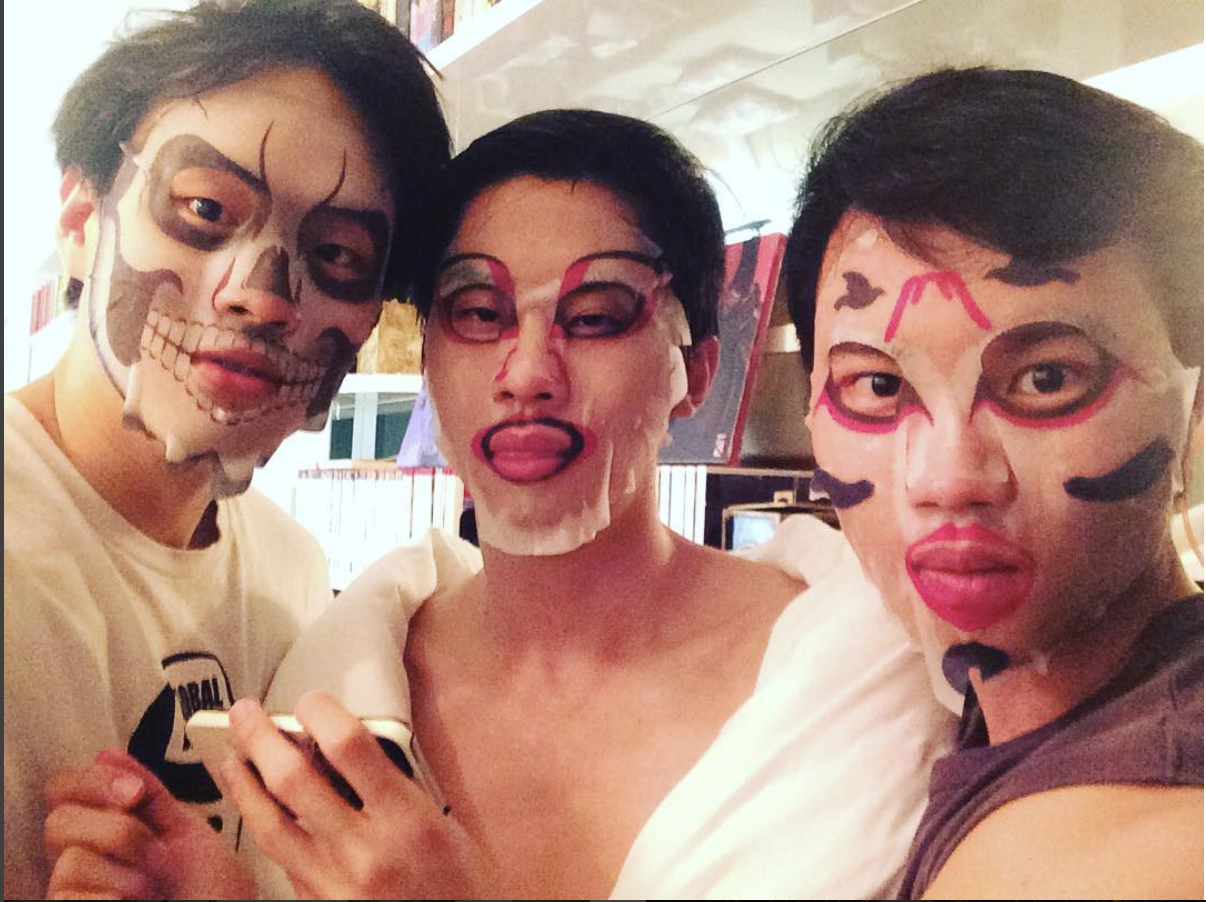 On the surface, it would seem like Paul, James and Ian have settled into the relationship by now judging from the happy pictures on Paul’s Instagram account. After all, it has been 5 years since they all got together.

But the reality is that they are still figuring things out. They may have resolved the challenges early on in their relationship. But conventional or not, all relationships require work. And for Paul, his biggest challenge for now is to help everyone find their place in the relationship.

Fundamentally, the primary challenge is for all of us to see ourselves as one unit.

For James and Ian, they are more than friends but perhaps less than lovers; so what are they?

I don’t think it is necessary they have a defined role but it definitely requires more thought to see how we are all placed with each other in this relationship.

The challenge of achieving equilibrium in their relationship may not be an issue that most couples would identify with. But they do illustrate an important point; all relationships are hard work. 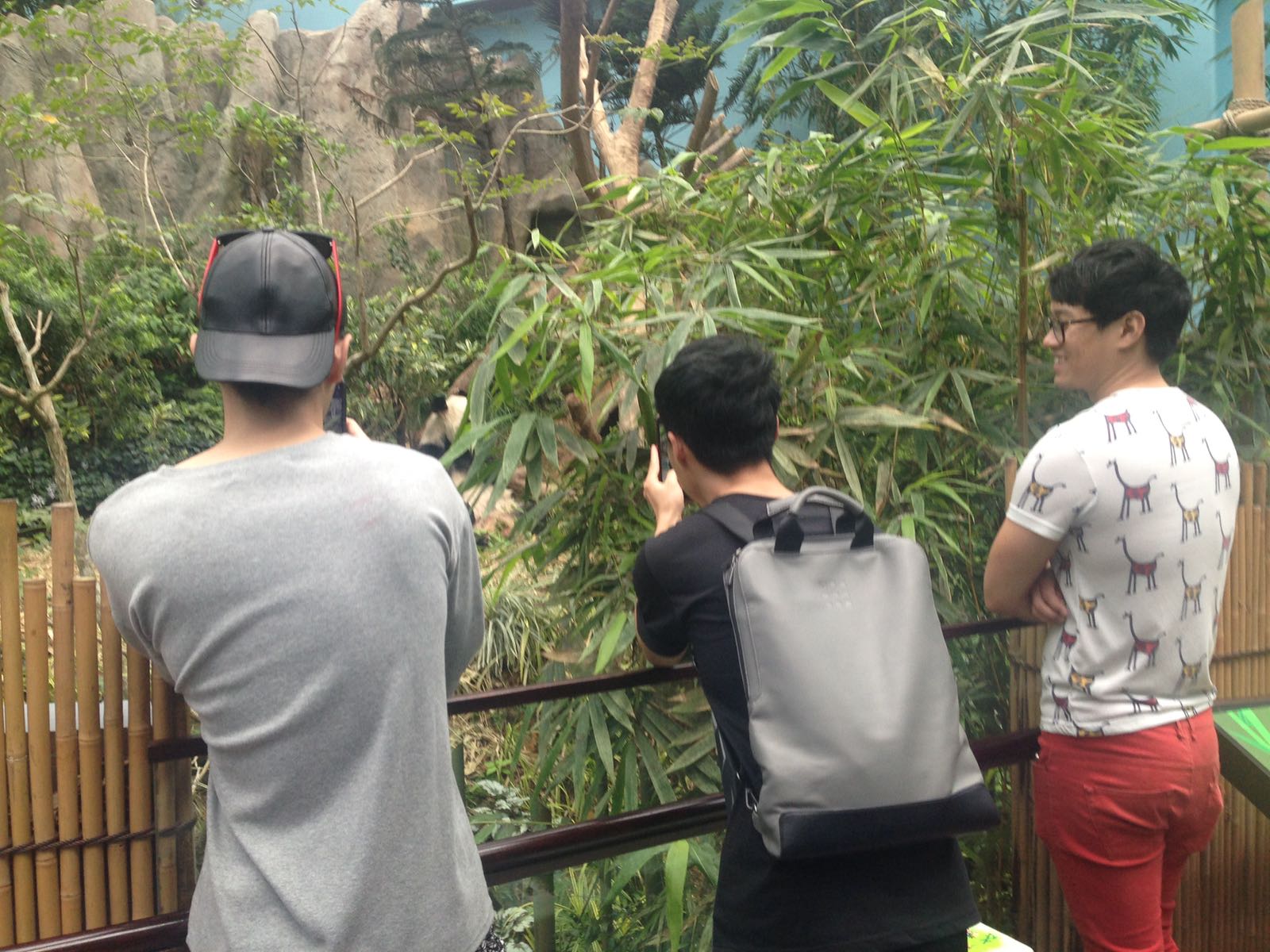 Cynics may dismiss Paul’s relationship as one of those new age philosophies that don’t make sense. And no matter how eloquent Paul is in explaining the nuances of his relationship, there will still be some who would insist it’s just an excuse to have wild threesomes. A misconception that Paul himself faces all too often:

I suspect this sentiment is born out of an inability to conceive of anything other than the conventional.

For some people, I suppose it is also projected desire. If the motivation had been lust then obviously this would have been destined to fail – but it hasn’t.

It’s an irony really. After all, same-sex relationships are already an anomaly in this heteronormative society. And monogamous or not, all relationships are tricky to navigate. Anyone who has ever been in one will agree that there is often no ‘right’ or ‘wrong’ way to maintain one.

I reckon our motivations, problems, desires, the mechanisms we try to come up with to make the relationship work aren’t that divergent from everyone else’s.

We are all just trying to make this as meaningful as we possibly can while we are in each other’s lives. 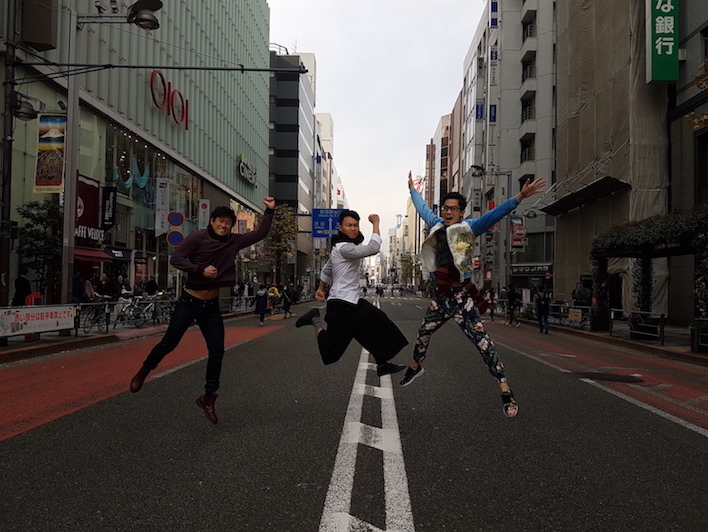 I am not sure if Paul’s three-way relationship will last. Neither does Paul or his partners. But even if it were to fail one day, it wouldn’t invalidate the message I hope to convey through Paul’s story.

It’s that queer or straight, everyone deserves happiness. Paul may have found an unconventional way of pursuing happiness. But just like any relationship, Paul has had to work hard to make his relationship work.

Dear Straight People did not shine the spotlight on Paul’s relationship to encourage three-way relationships. Rather, it’s to illustrate a point that many other queer individuals will strongly relate to.

If we see alternative ideas of relationships as something immoral, how can we expect straight people to perceive same-sex relationships differently?

Together with other stories of unconventional relationships out there, I hope to encourage couples to be able to unreservedly discuss and negotiate their wants with each other and explore the different permutations relationships have to offer. 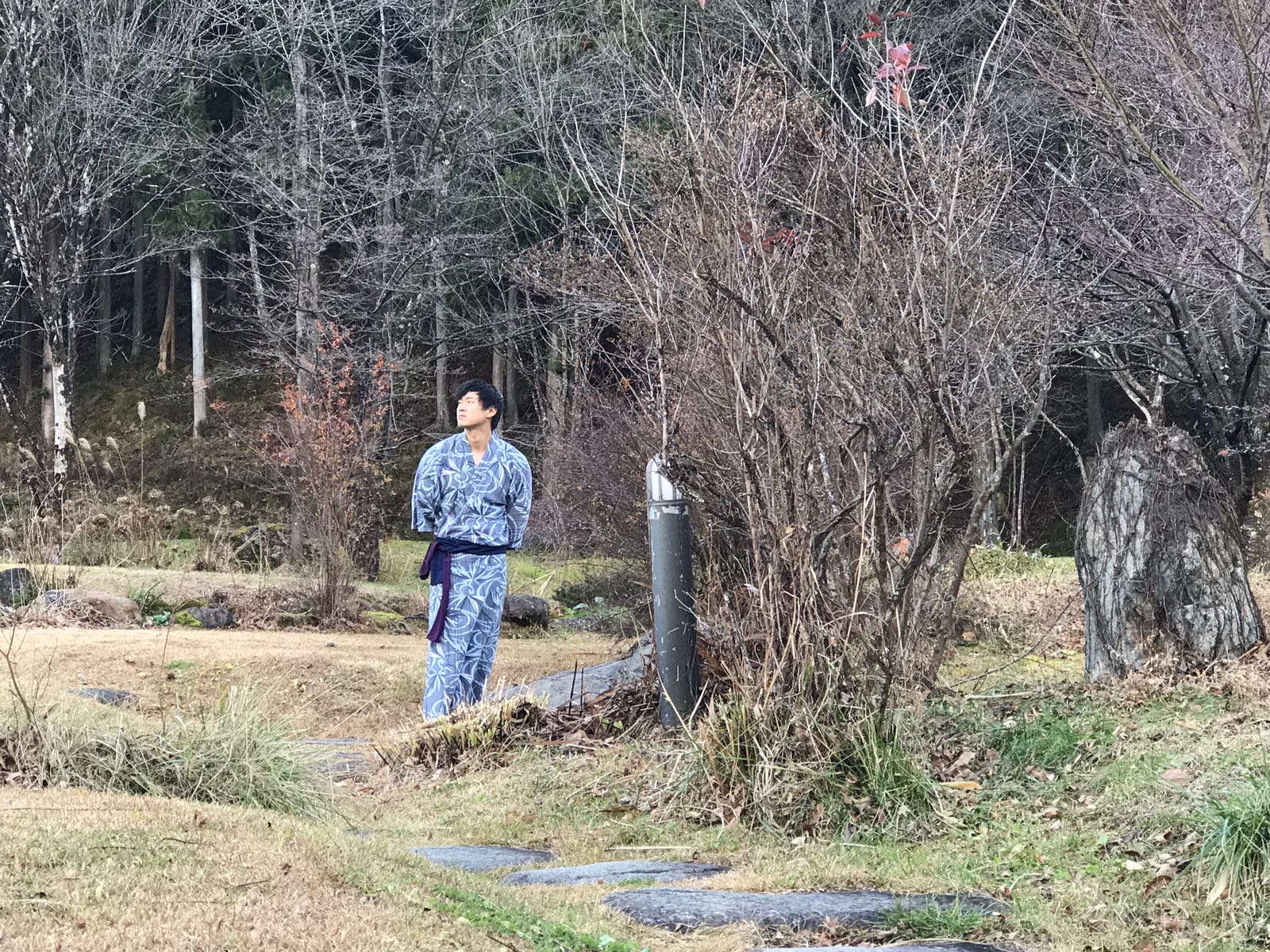 Once again, Dear Straight People would like to thank Paul Ng for sharing their story with us.

If you would like to keep up to date with how Paul is doing, you can connect with Paul on Instagram via @porkbellyandrice