Over one short weekend, over 70 individuals from all walks of life turned up for Dear Straight People’s photo shoot in support of the repeal of Section 377A.

An archaic law that criminalises consensual sex between men in Singapore, Section 377A propagates stigma and prejudice against the LGBTQ+ community by legally framing same-sex attraction as ‘immoral’ and criminal. Not only does this antiquated law shape mindsets, it encourages ignorance, hate and misconceptions.

In a bid to facilitate the repeal of Section 377A, Dear Straight People organised a photo shoot to showcase the reasons on why people in Singapore believe in the repeal of Section 377A. Open to everyone regardless of their sexuality, our photo shoot attracted over 70 participants, with some of them waiting over 2 hours to get their portraits taken.

Meet some of the amazing people who turned up for the #Reasons4Repeal photo shoot!

Among the many participants of the photo shoot were public figures such as Julian Hee and Theresa Goh. 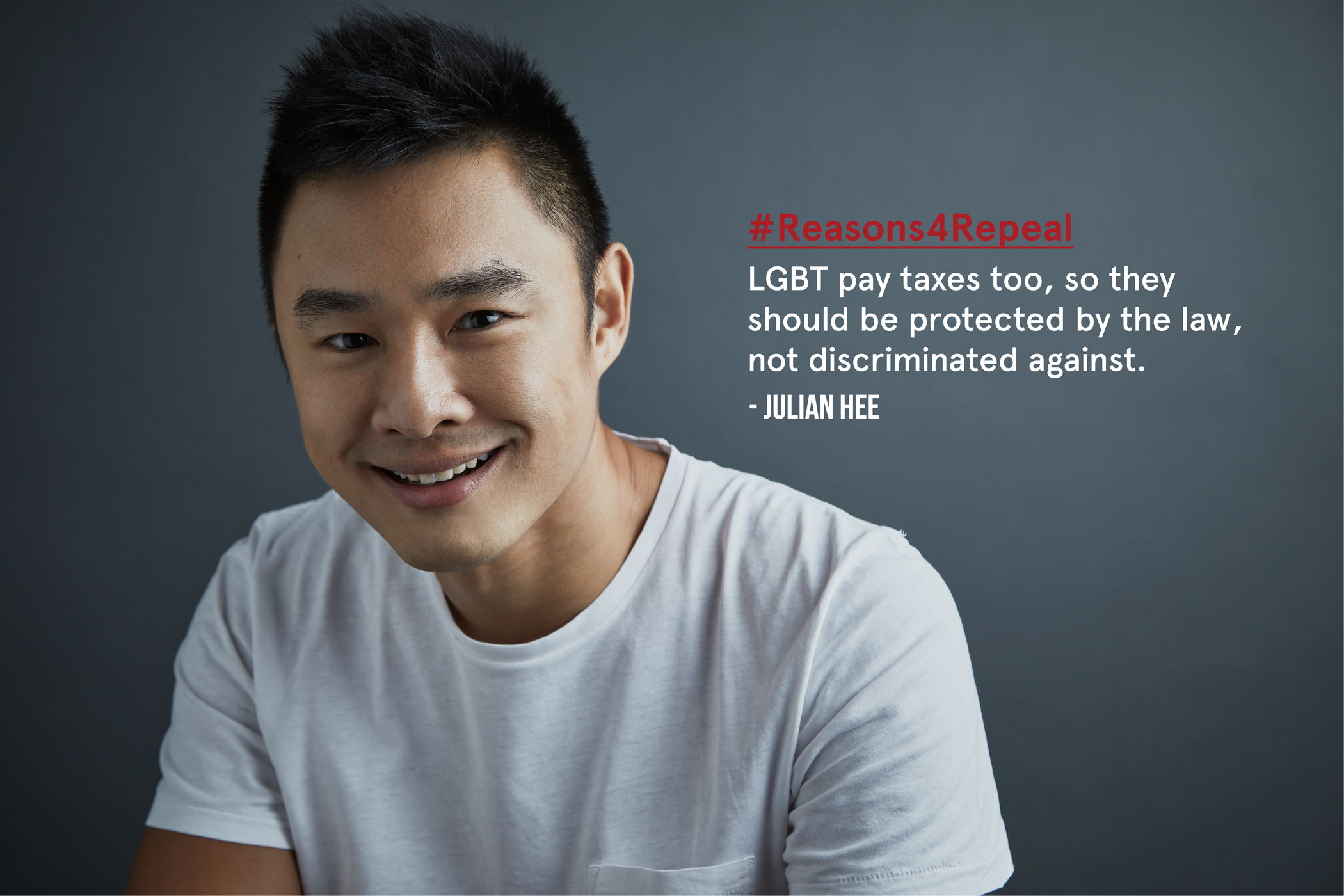 The winner of Manhunt Singapore 2002, Julian Hee is a former Mediacorp actor famous for his roles in popular TV shows such as Heartlanders and Perfect Cut.

Last seen on TV in the recently concluded Channel 8 drama series Gifted 天之骄子, this is the first time Julian Hee is publicly declaring his support for gay rights. 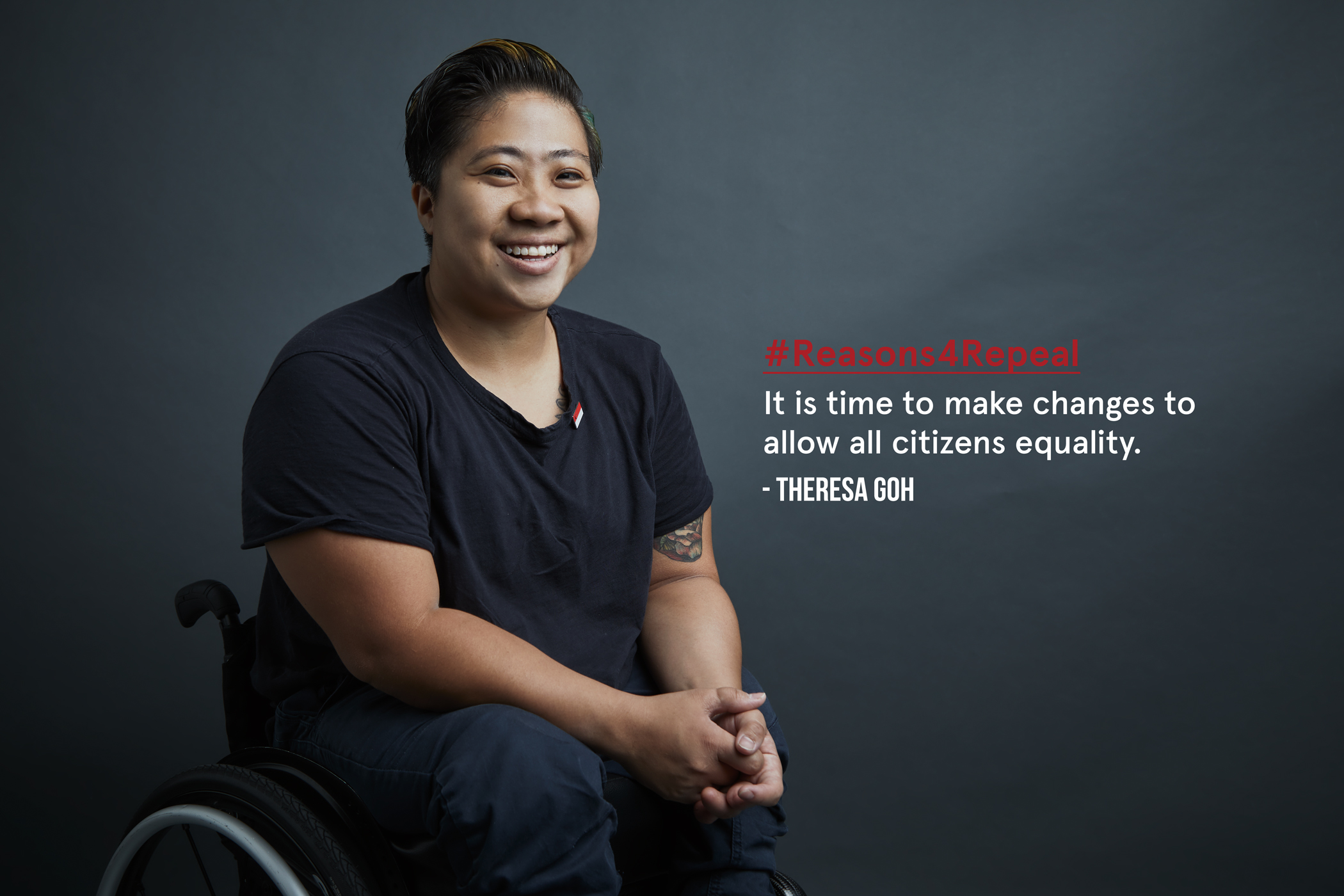 Followers of Dear Straight People will be familiar with Theresa Goh, Singapore’s first ‘out’ athlete who was the 50th feature of our Out Of The Closet series.

An outspoken advocate of LGBTQ+ rights, Theresa Goh is a paralympic medalist and 2017 Pink Dot ambassador who was also featured in Leslie Kee’s Out In Singapore exhibit.

Not only did queer people answer our open call, straight people turned up in droves to support the photo shoot too.

From families to young couples, here are just some of the many straight individuals who turned up to lend their voice to the cause. 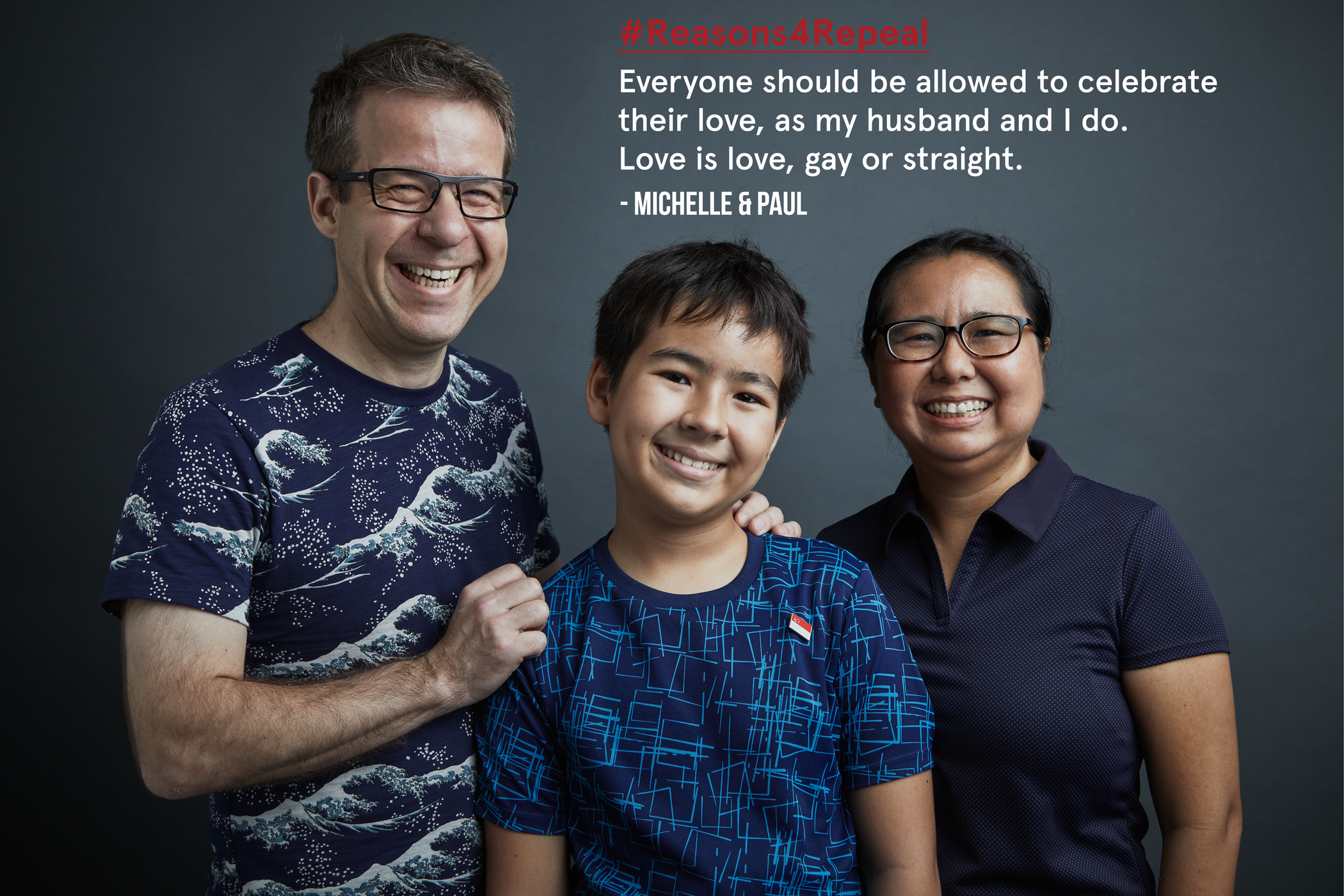 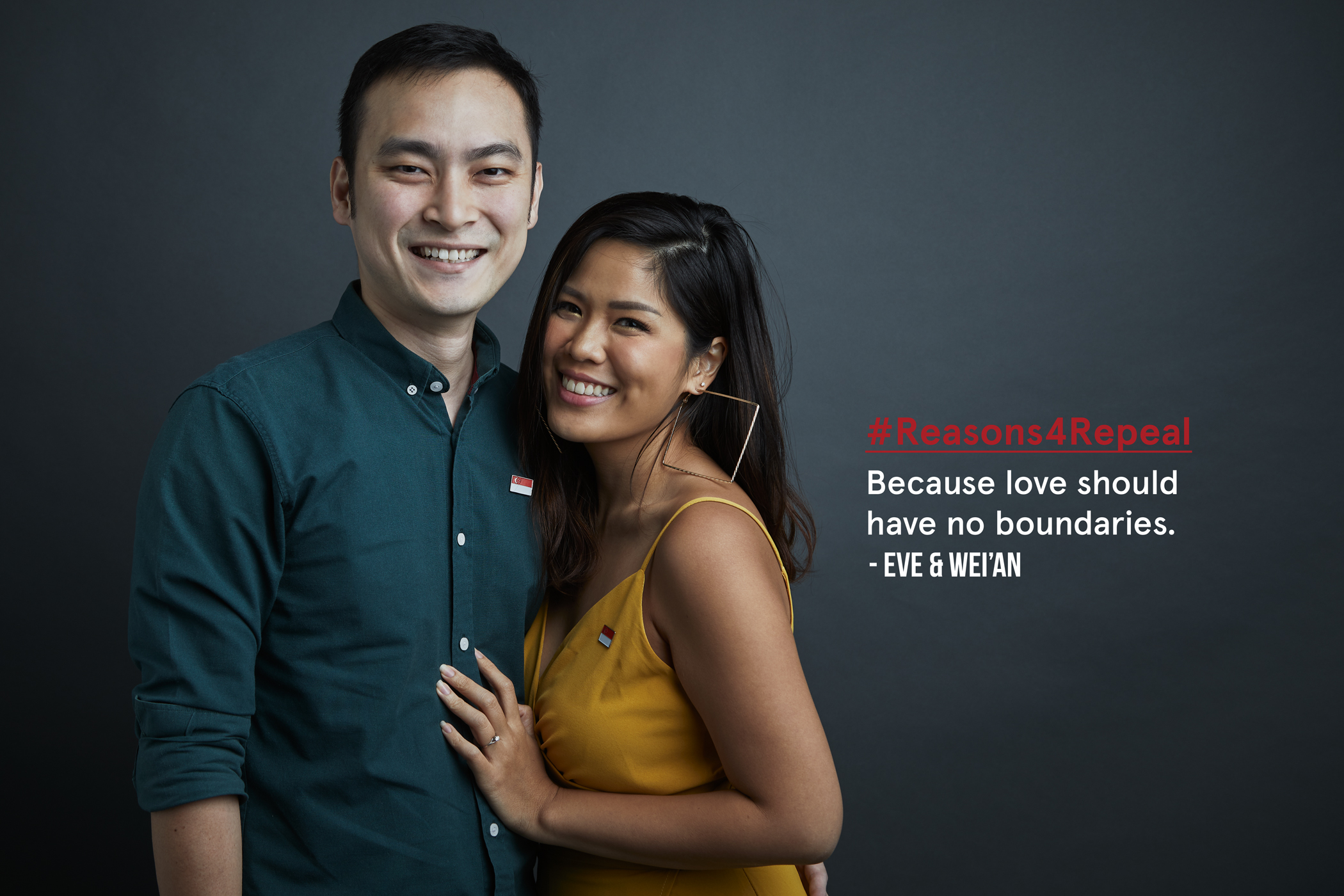 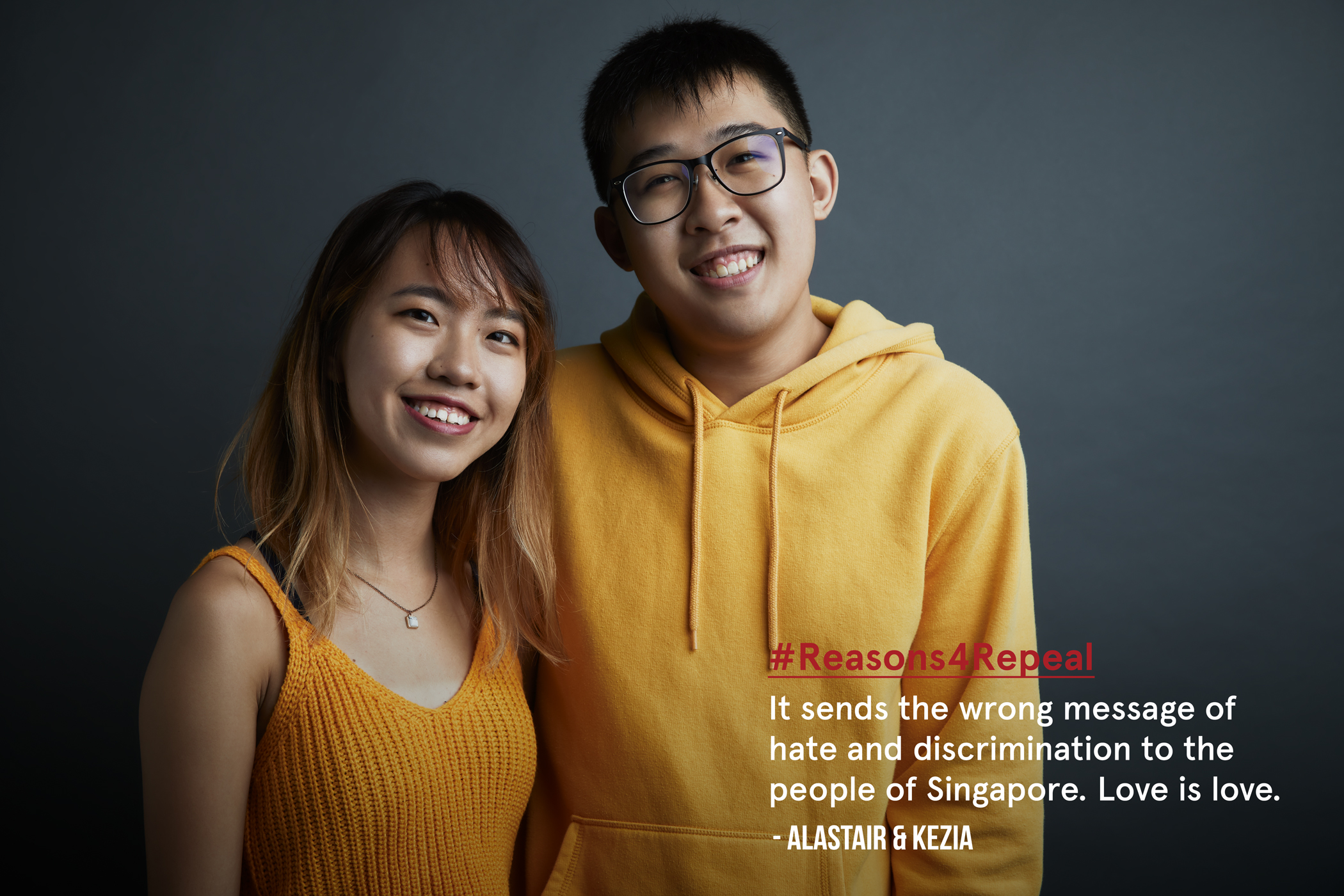 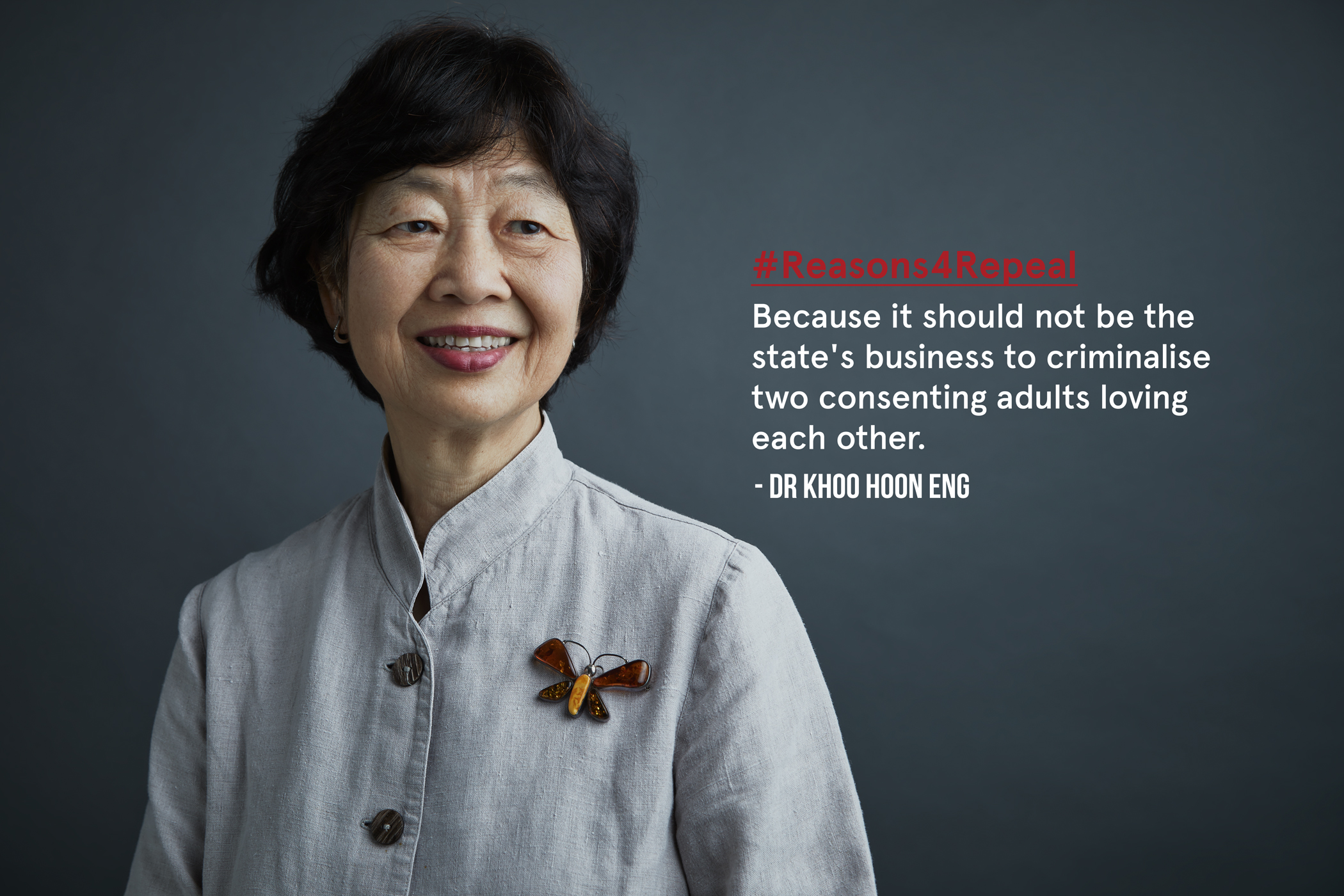 Same-sex couples from all walks of life came to show their support too! Why anyone would want to criminalise love between two consenting adults is completely beyond us. 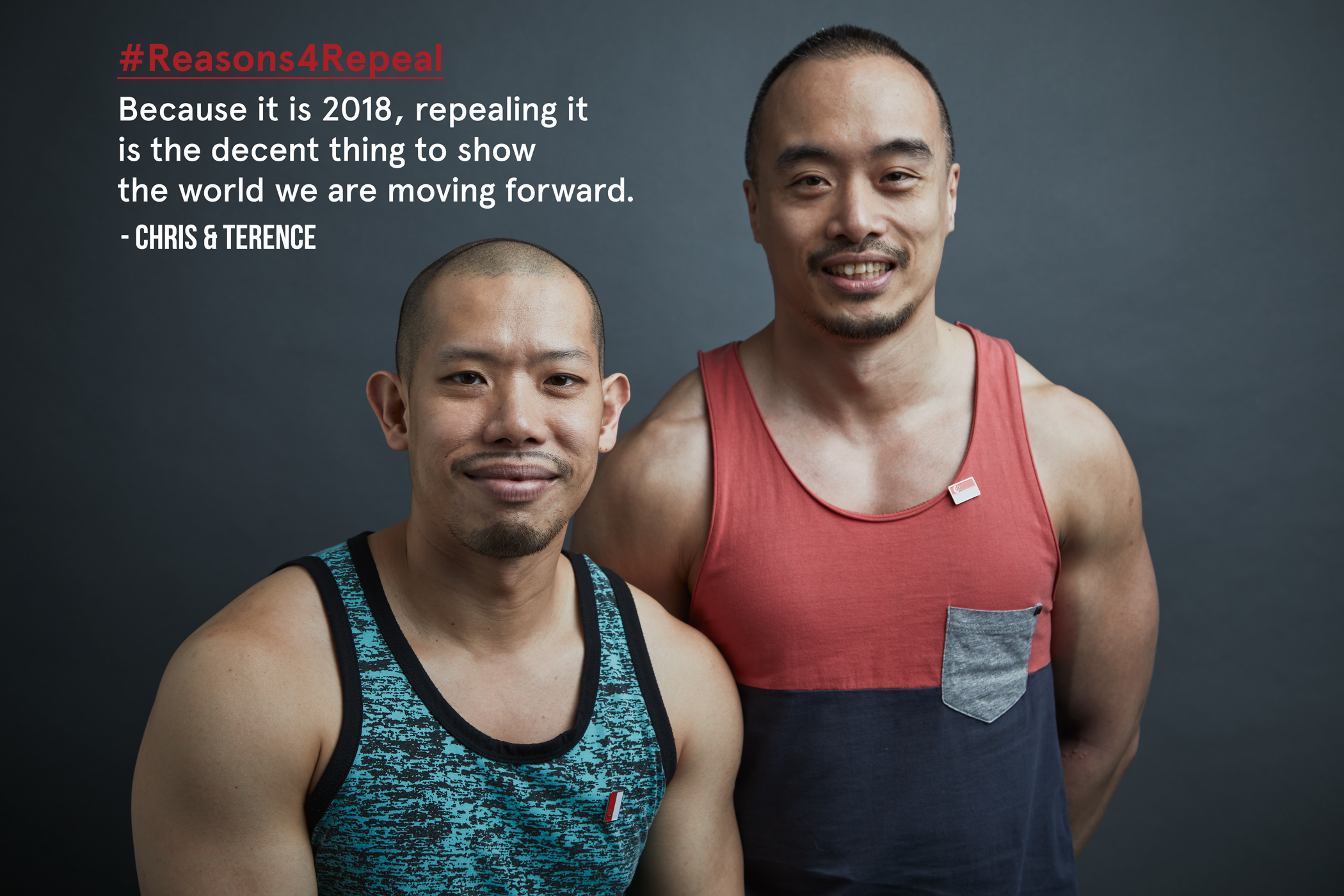 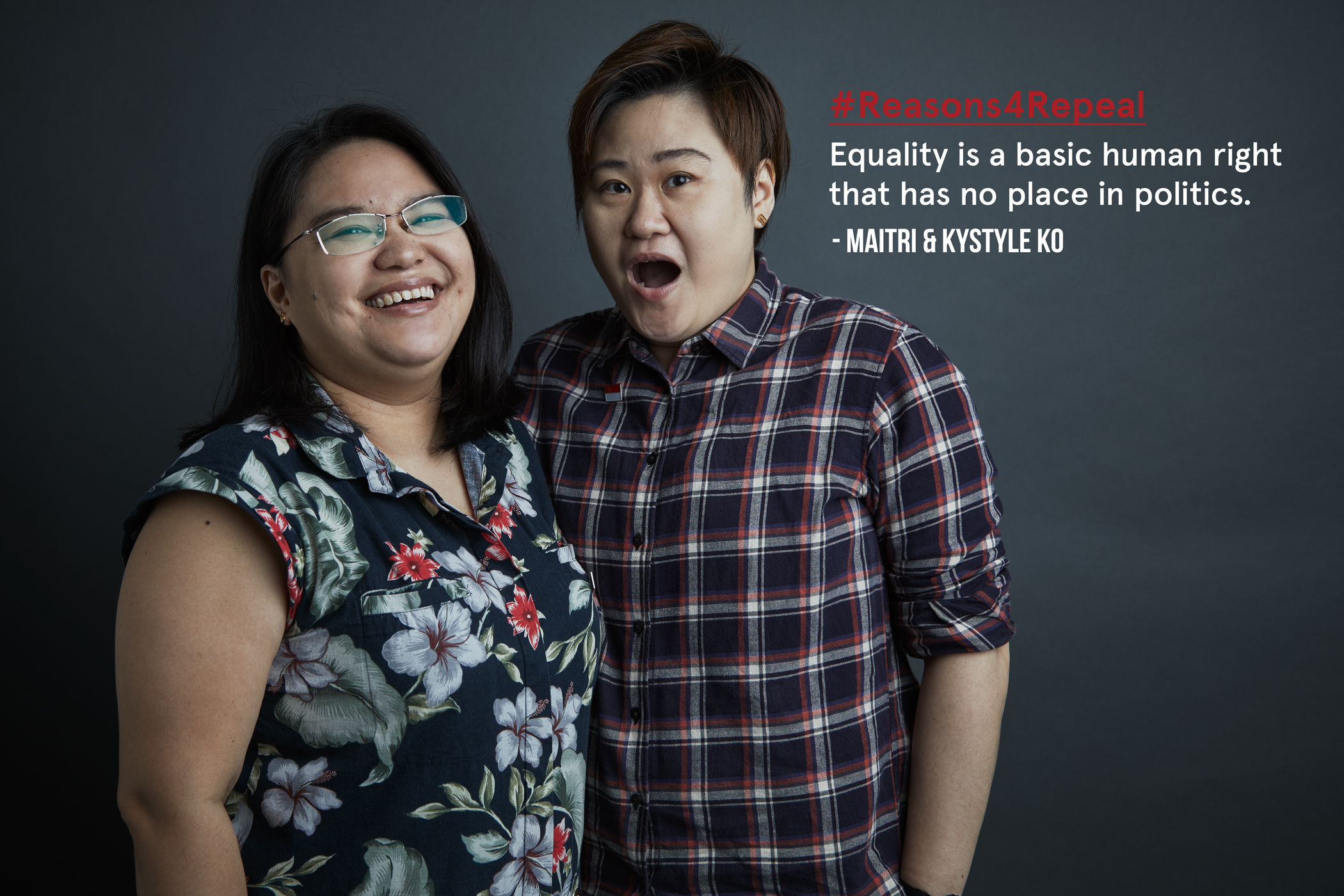 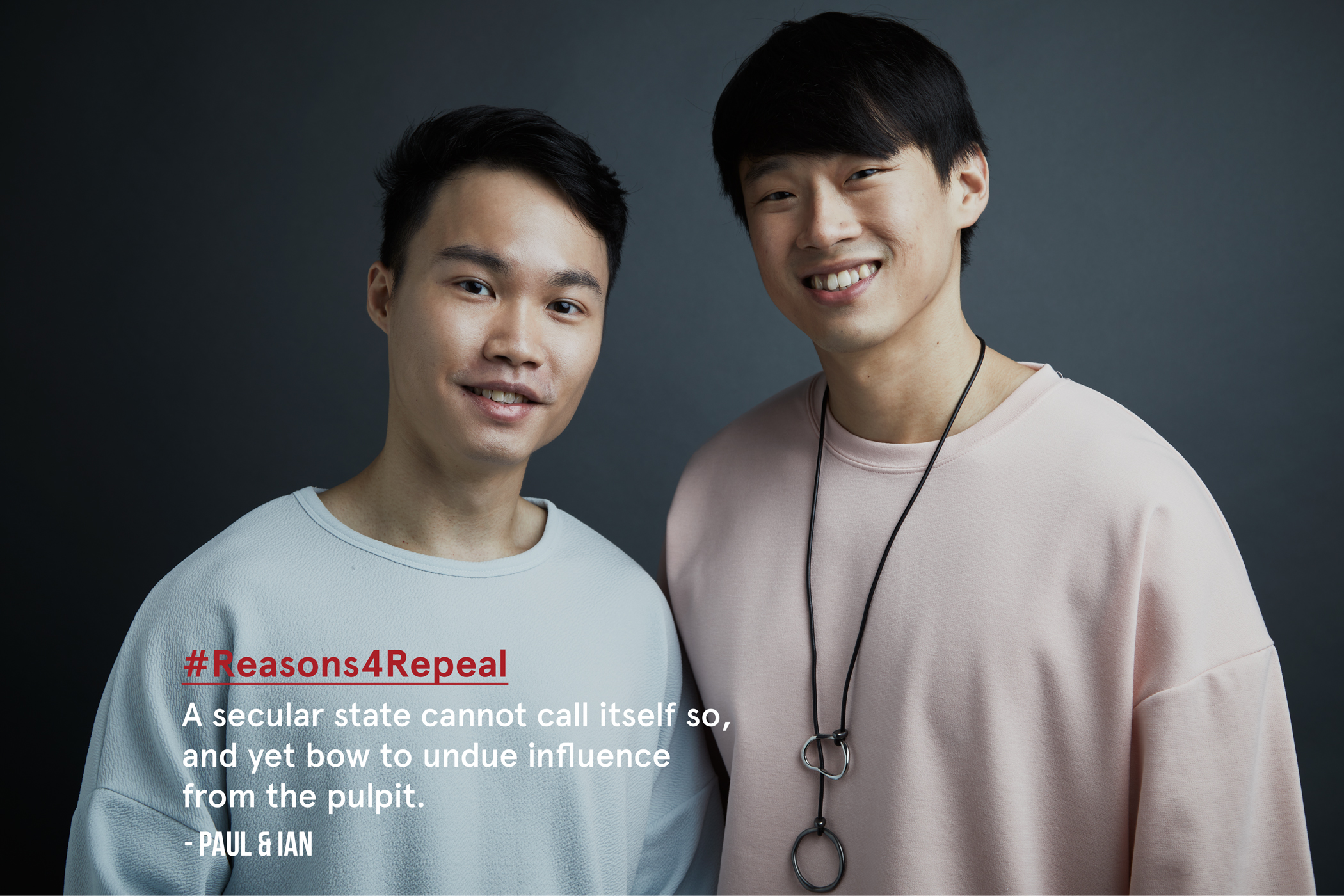 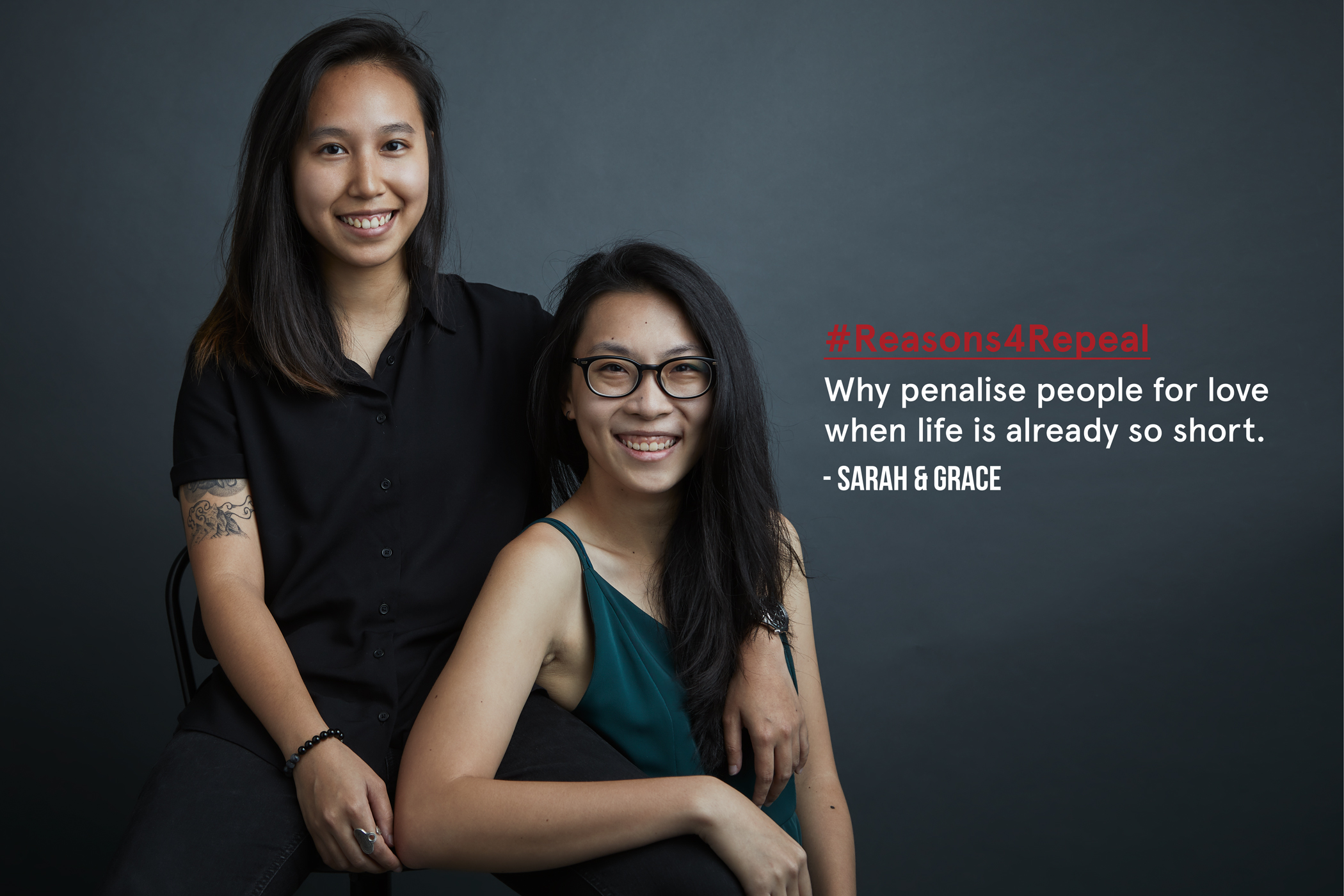 HERE ARE SOME OF THE OTHER #REASONS4REPEAL PARTICIPANTS: 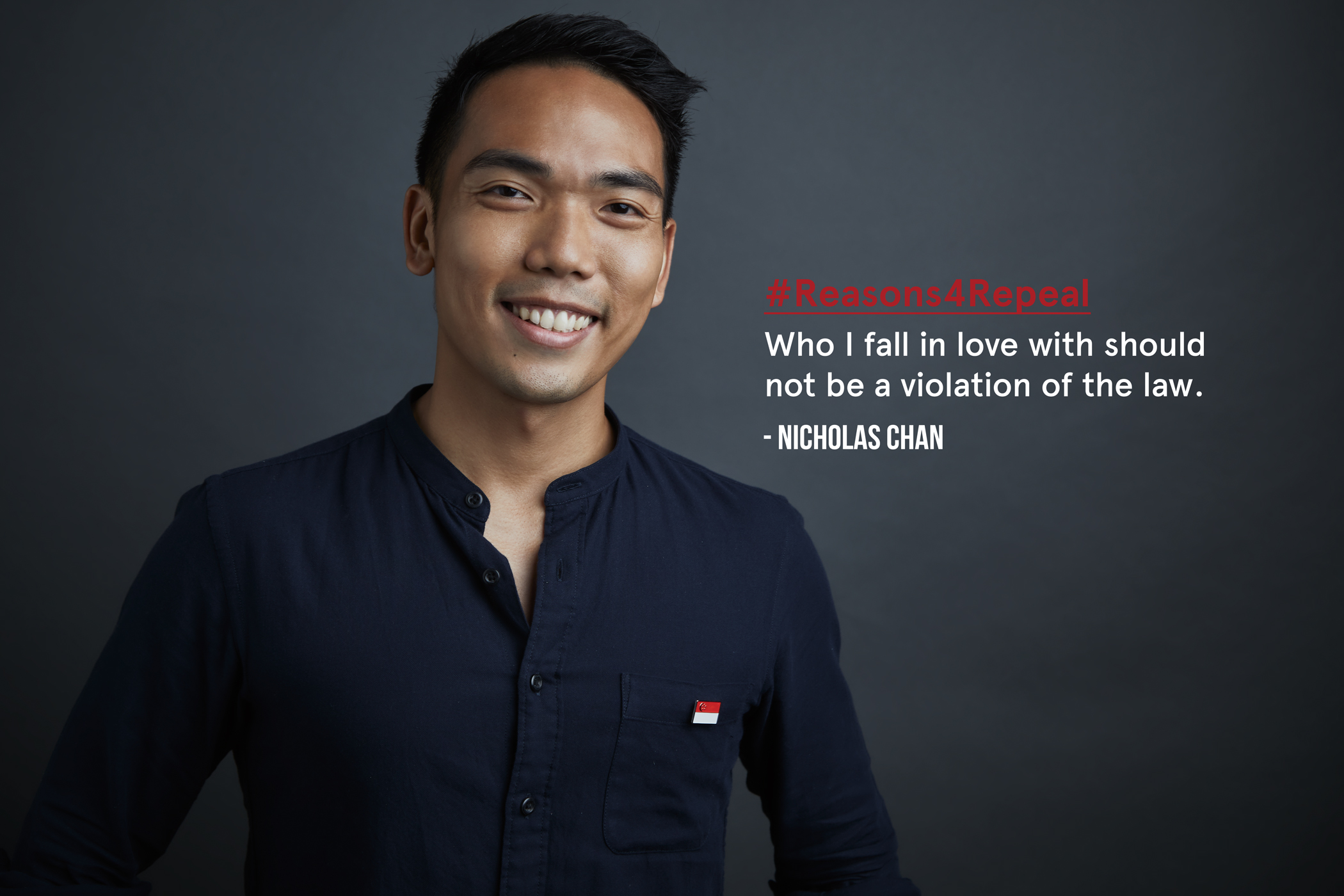 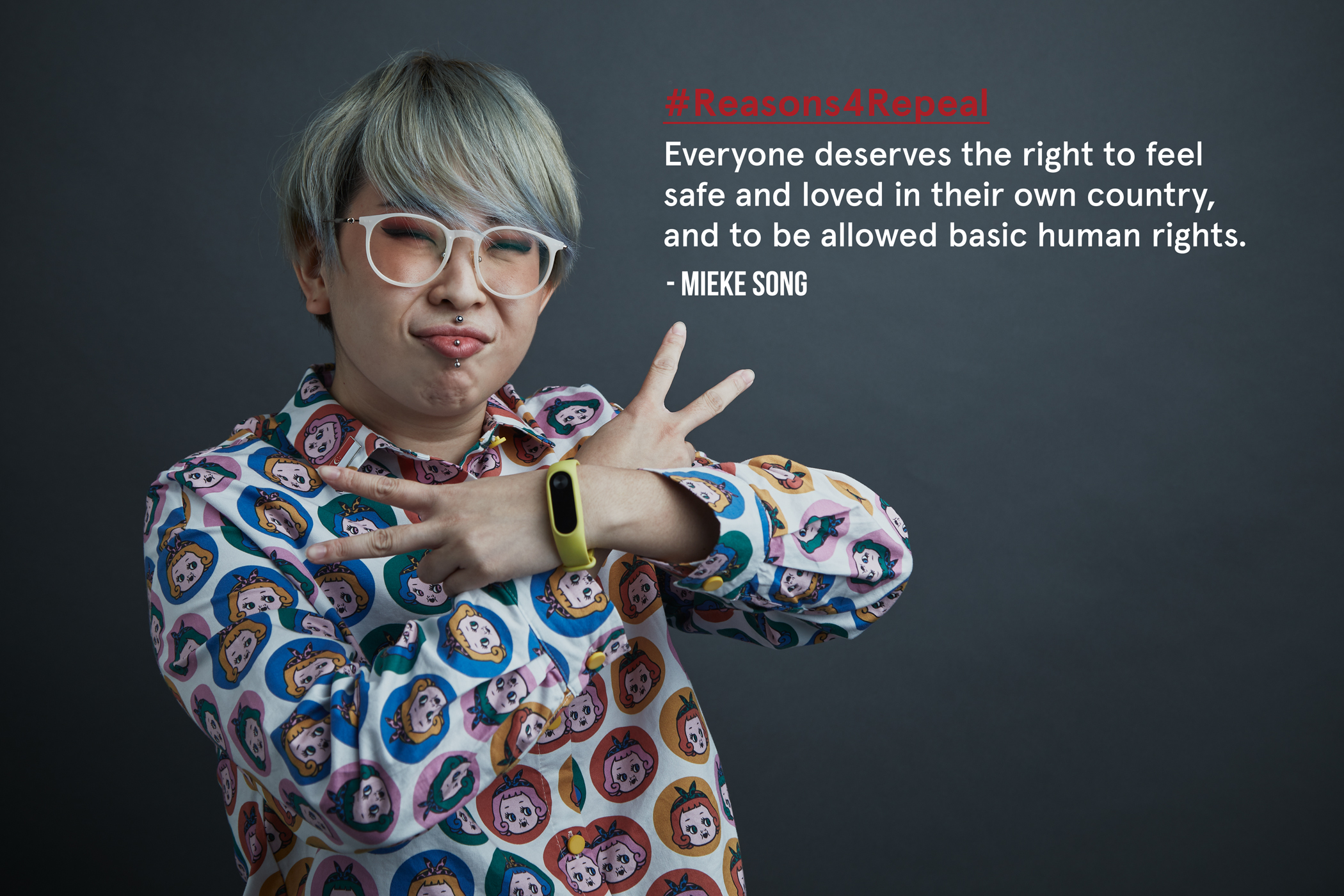 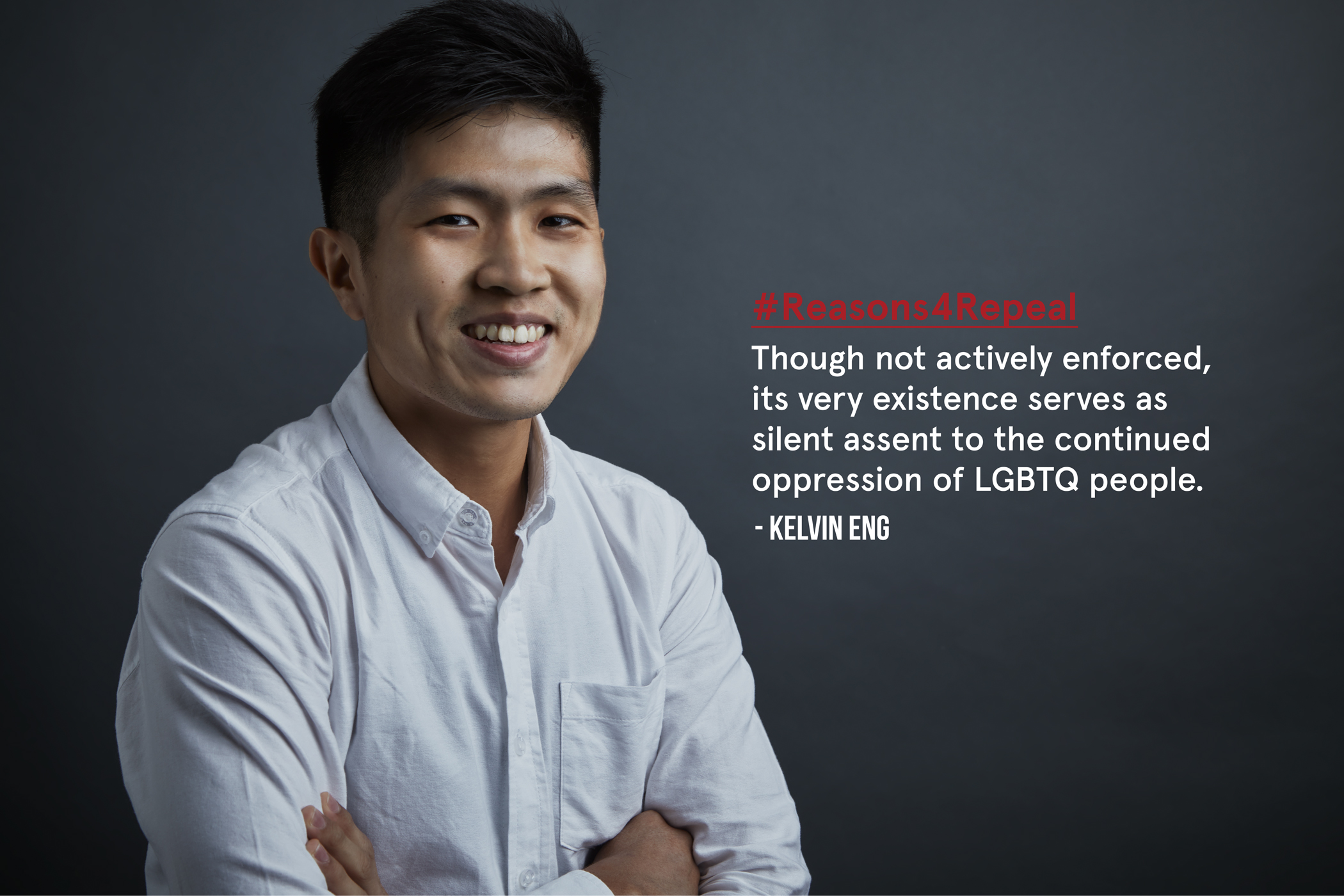 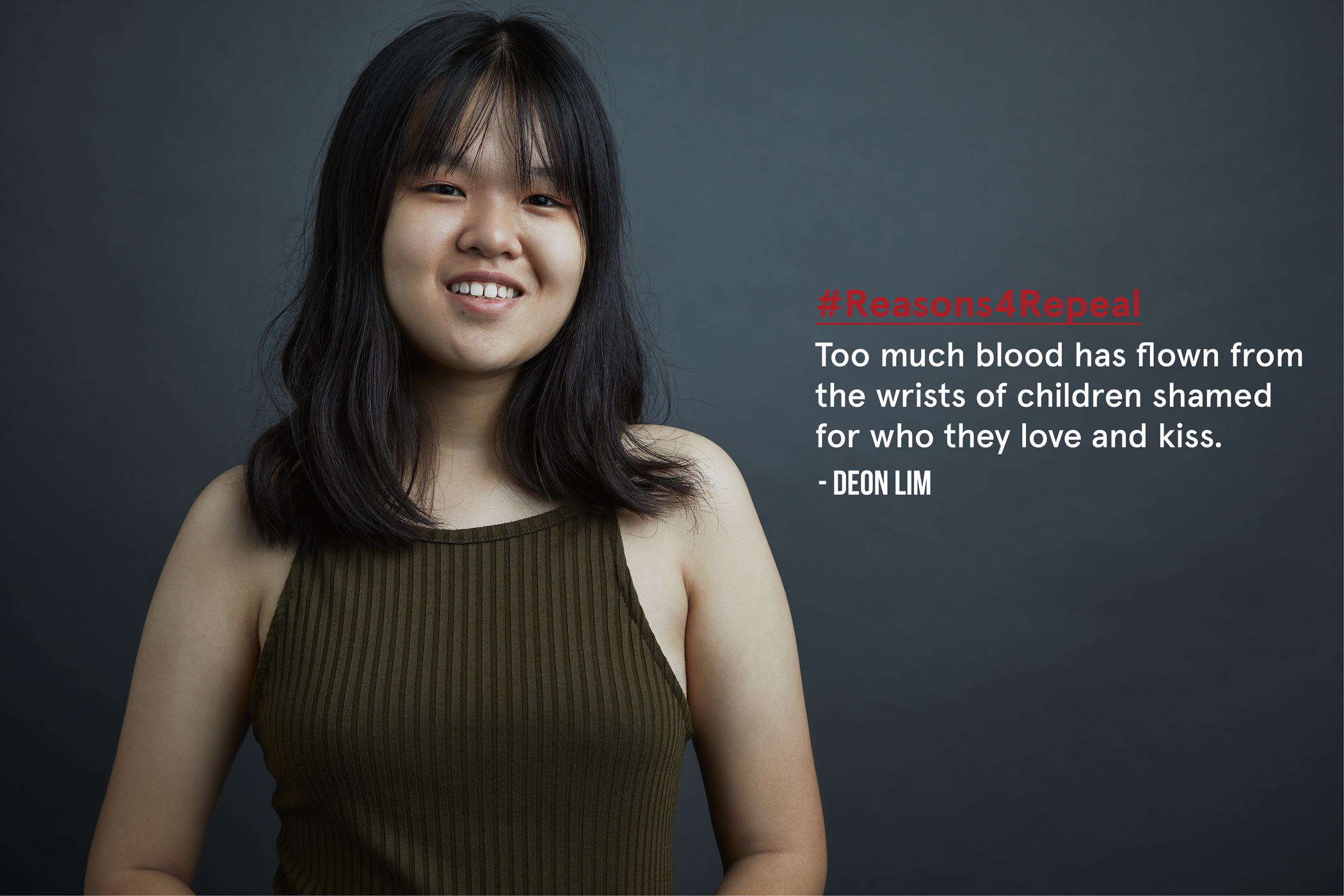 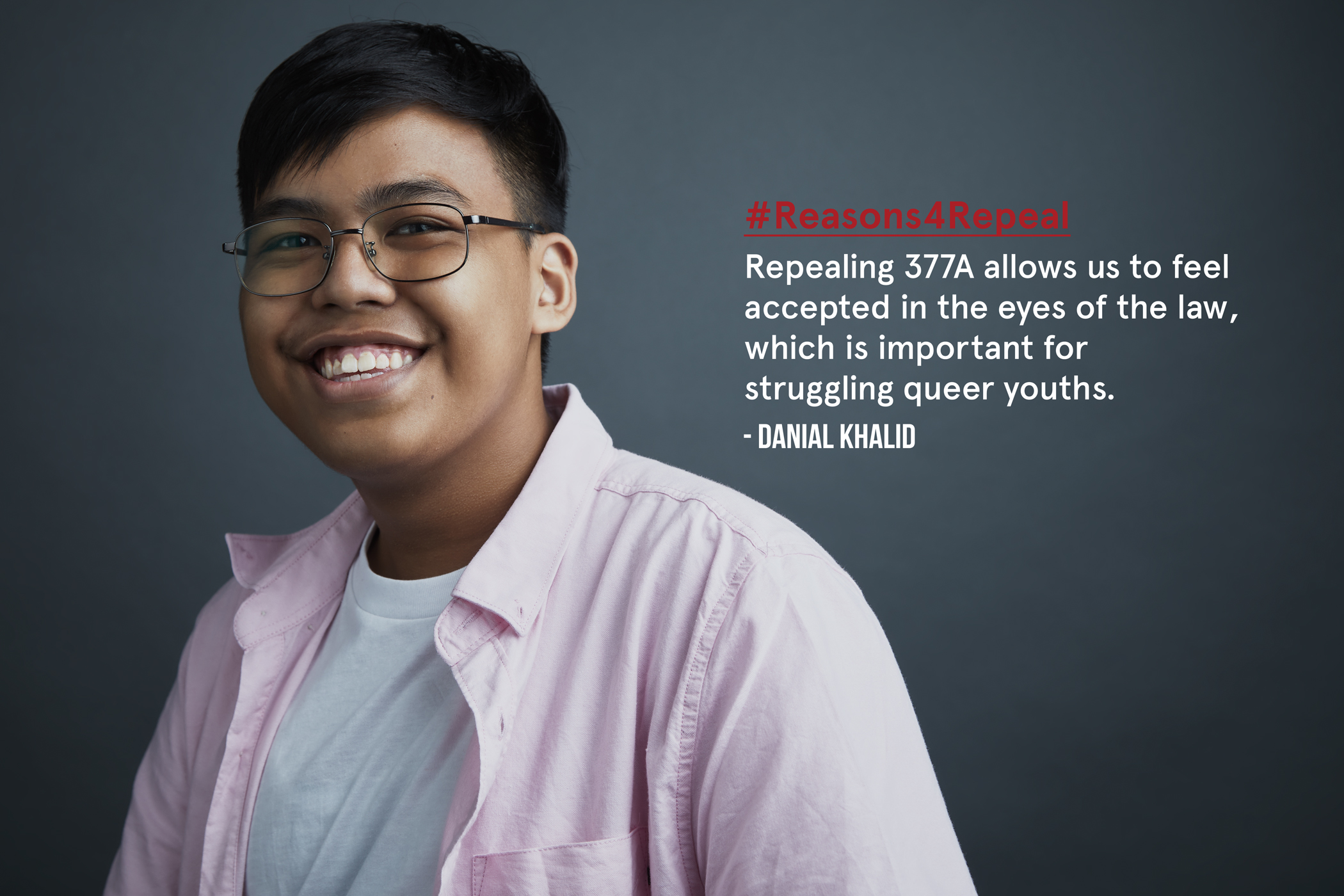 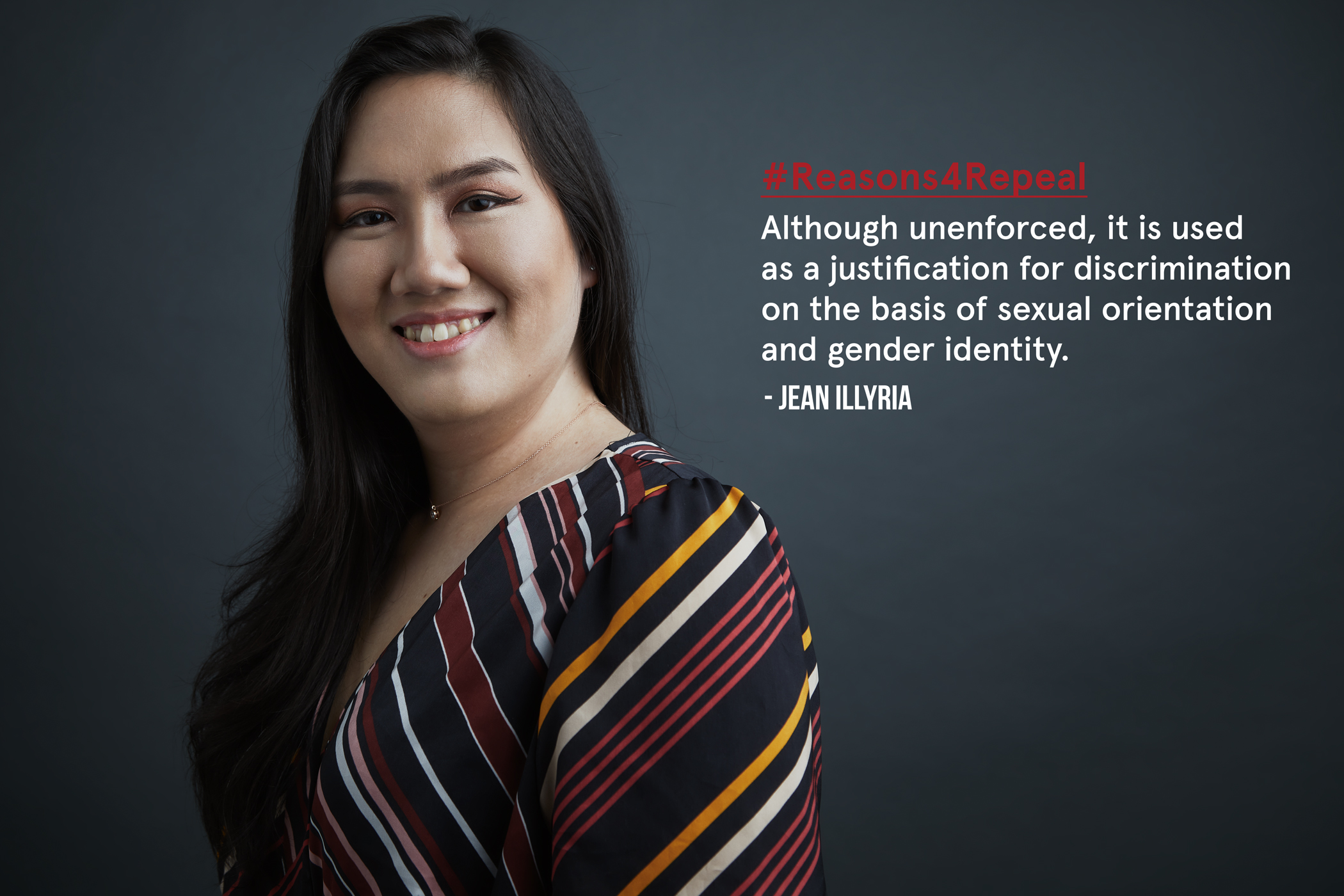 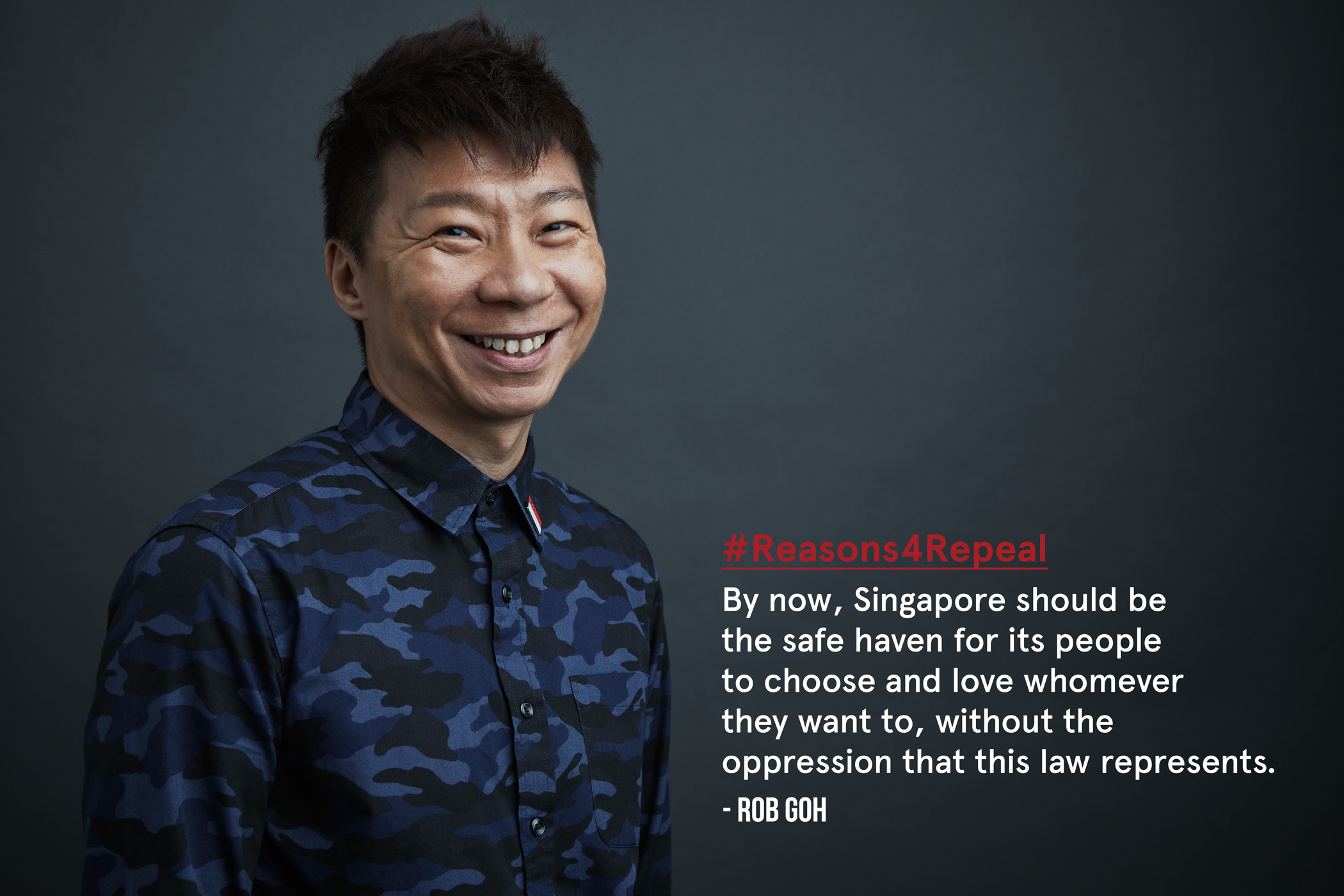 There is no need to have your photos shot by a professional photographer to share your own reasons on why Section 377A should be repealed.

We hope this initiative inspires you to share your own #Reasons4Repeal and this will hopefully drive more signatures to the petition supporting the repeal of S377A: http://bit.ly/Repeal377APetition. 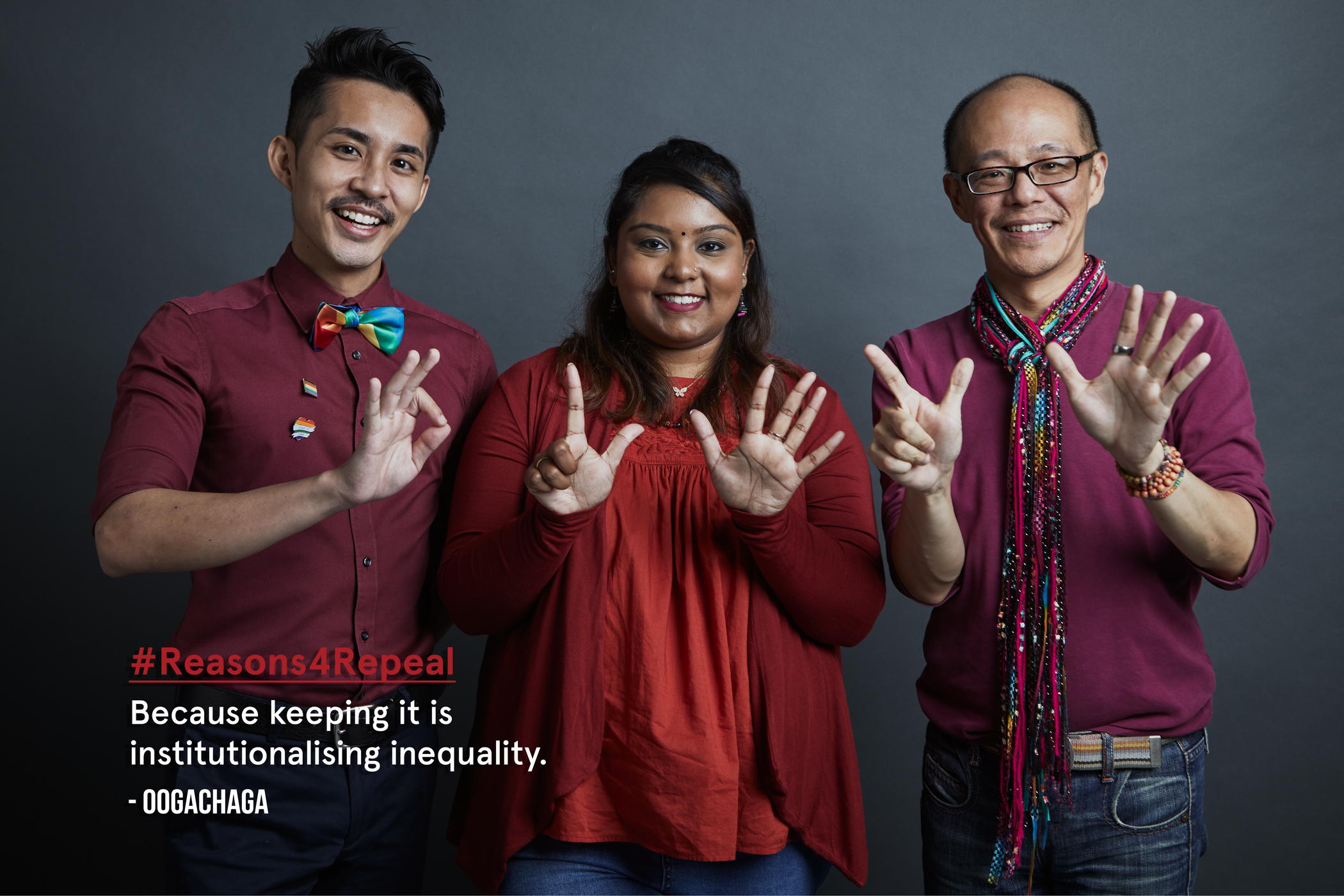