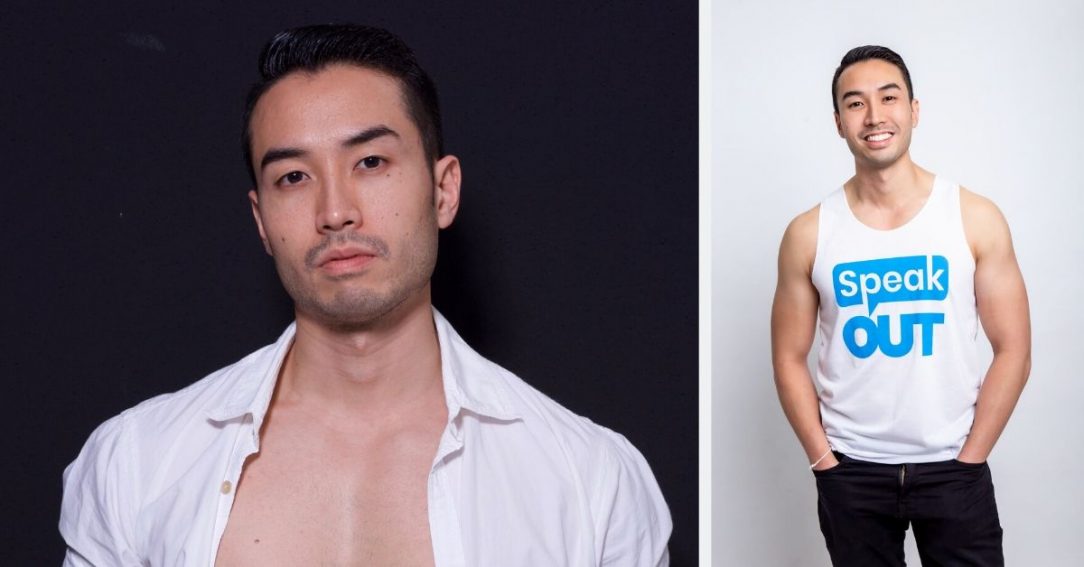 Out Of The Closet – Teak Sowaprux Shares His Story

As co-founder of The Love Foundation, Teak Sowaprux is one of Thailand’s up and coming activists. From being ordained as a monk to getting involved in activism, this is Teak Sowaprux’s coming out story.

Thailand is arguably the ‘gay capital’ of Southeast Asia. Home to some of the biggest gay parties in the world, the ‘Land Of Smiles’ is also exceptionally accepting of gender benders, as compared to other Asian countries.

But while Thailand actively courts the ‘pink dollar’, the country still has not achieved full equality in terms of LGBT rights. Thailand does not have its own Pride event and it has yet to legalise marriage for same-sex couples

That being said, the country is slowly changing, having recently elected its first transgender member of parliament this year, alongside having an openly LGBT political party vying to represent constituents. An increasing number of Thai youths are also getting involved in activism, such as our next interviewee. 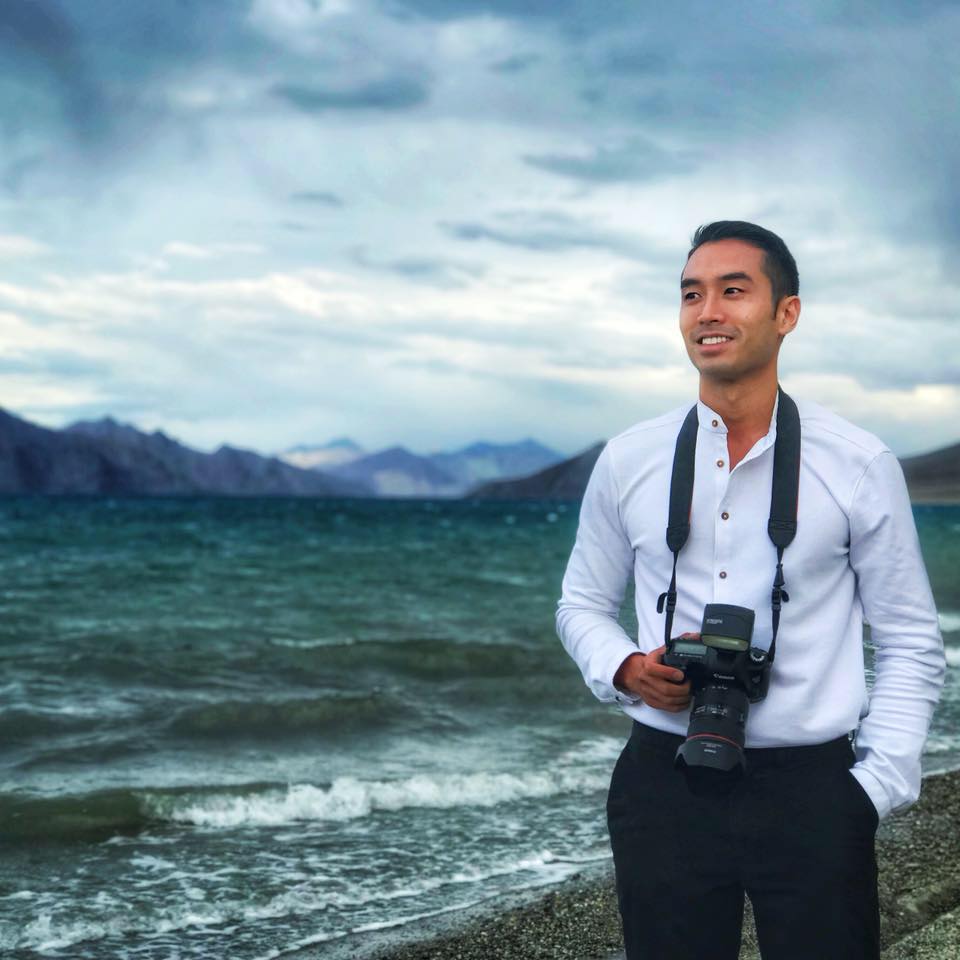 When I meet Teak for the first time, I’m taken aback by his Californian accent. Teak is evidently not your typical Thai. And I’m not just referring to his accent.

The man may have only just entered his thirties, but he’s had quite the life already. Teak spent a large part of his twenties in the liberal kaleidoscope that is San Francisco. When he approached the big 3-0, he did a complete turnaround and got himself ordained as a monk.

Currently serving as the co-founder of a not-for-profit anti-HIV organisation called The Love Foundation, Teak is one of Thailand’s up and coming activists. In fact, Teak is the only Thai LGBT activist I’ve met since moving to Bangkok 4 months ago. Of course, the problem could lie with me not knowing where to look. But it does beg the question.

What could possibly compel a Thai millennial to get involved with LGBT related issues?

After drilling Teak for almost 2 hours over a couple of drinks, I think I found the answer.

Growing Up Gay In Thailand

Growing up, Teak always knew that he was different. But it wasn’t till he was 16 that he came out to his then best friend, whom he had unexpectedly developed a crush on.

After I came out to him, we became distant not because he wasn’t accepting, but because I couldn’t process my unrequited feelings.

My friendship with him changed, which propelled me to talk hours on end with my female friends

His first heartbreak caused his grades to suffer. As a straight A student, his parents took notice. When his mum nagged him to stop chatting on the phone one night as his grades were dipping, Teak came out to her in anger.

In a fit of rage, my melodramatic high schooler self felt she did not understand my unbelonging and pain—I ended up just blurting it out to her that I was gay.

She was taken aback, but upon asking for her full response, she said that she was “shocked, but not surprised.”

I have to thank their college years in the States, and hundreds of hours (at least) of my mother watching Oprah.

A few months later, I remember my mother asking me “You know, your father and I talked about this. If you want to become a woman, I think we could support you.”

I was stunned! I was very happy of course that they were able to reach this point. 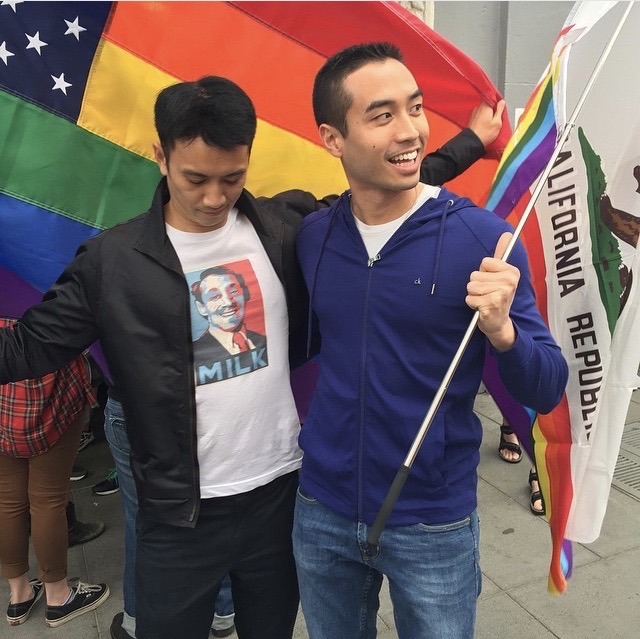 At the age of 18, Teak moved to the States after earning a spot at Stanford University, one of America’s Ivy League colleges. It was there that Teak first met gay role models – LGBT professors and upperclassmen who were leaders in the community.

But after university, he began to notice the different spaces that occupy queerness, identity politics, and gender within the LGBT community. San Francisco, despite being a bastion of liberality, was still a part of the complexity that was sexual and racial politics in America.

It is easy to question your self-worth with how you are perceived.

There is a cycle of insecurity that can happen with the nearly impossible beauty standards.  The toxic masculinity implies that if you don’t look a certain way, you don’t deserve to be loved.

Like most gay men, Teak felt heavily pressured to look a particular way.  Never mind someone who has extra pounds–among gay men, skinny fat is fat too.  In the States, the standard of physical perfection excludes those who are too skinny, too short, or not white.  After all, it’s easy to go on dating apps to find the classic tagline, “No Fats, No Femmes, No Blacks, No Asians.”

Following his graduate studies, Teak spent his early career working as a financial planner.  He joined a gay sports team, and had a close group of friends. But all the while, he struggled with feelings of inadequacy. 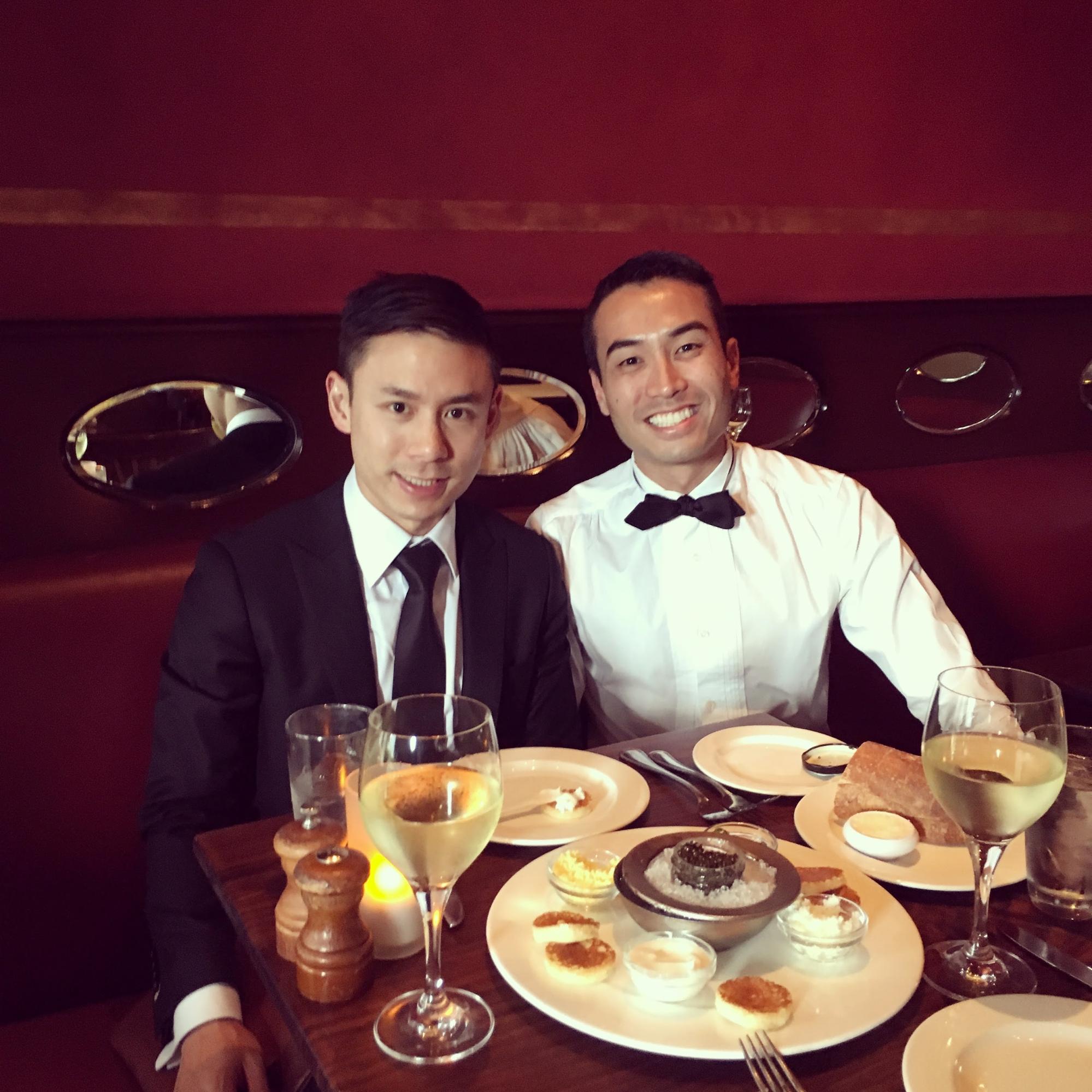 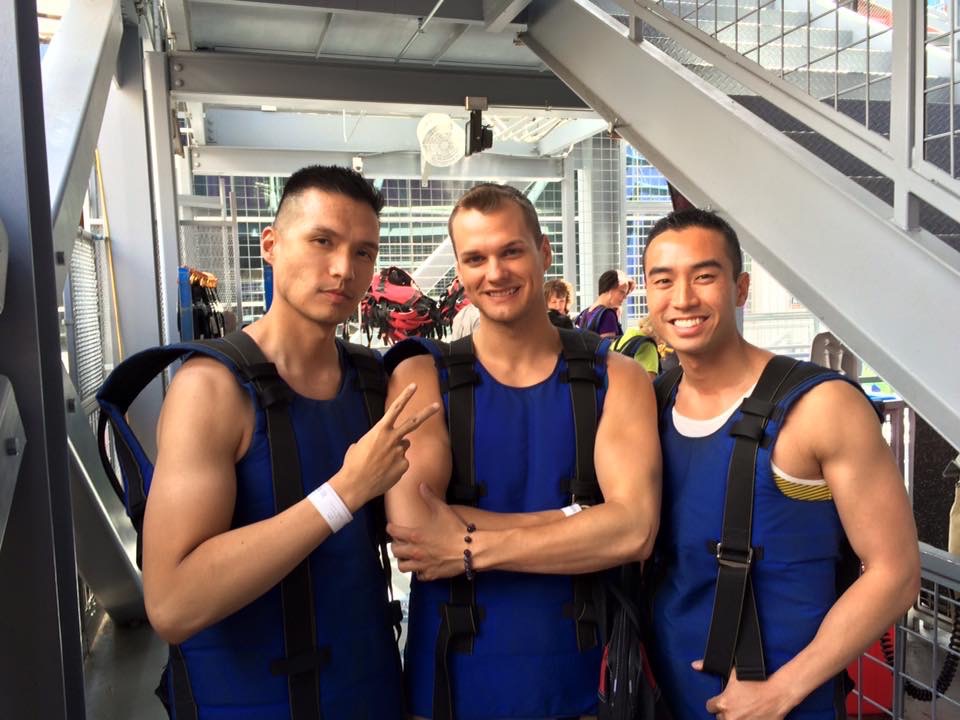 As the years passed, the void himself grew and Teak found himself with more questions than answers. The catalyst for change came when an unsuccessful bid for a green card forced him to move back to Thailand in 2017.

That was the turning point which compelled him to ordain as a monk.

I felt that I needed to give up everything in order to see things for what they are.

When you don’t need to keep up with respect to the clothes you wear, the job you have, or the friends you keep, I figure that it would allow me to see things more clearly. 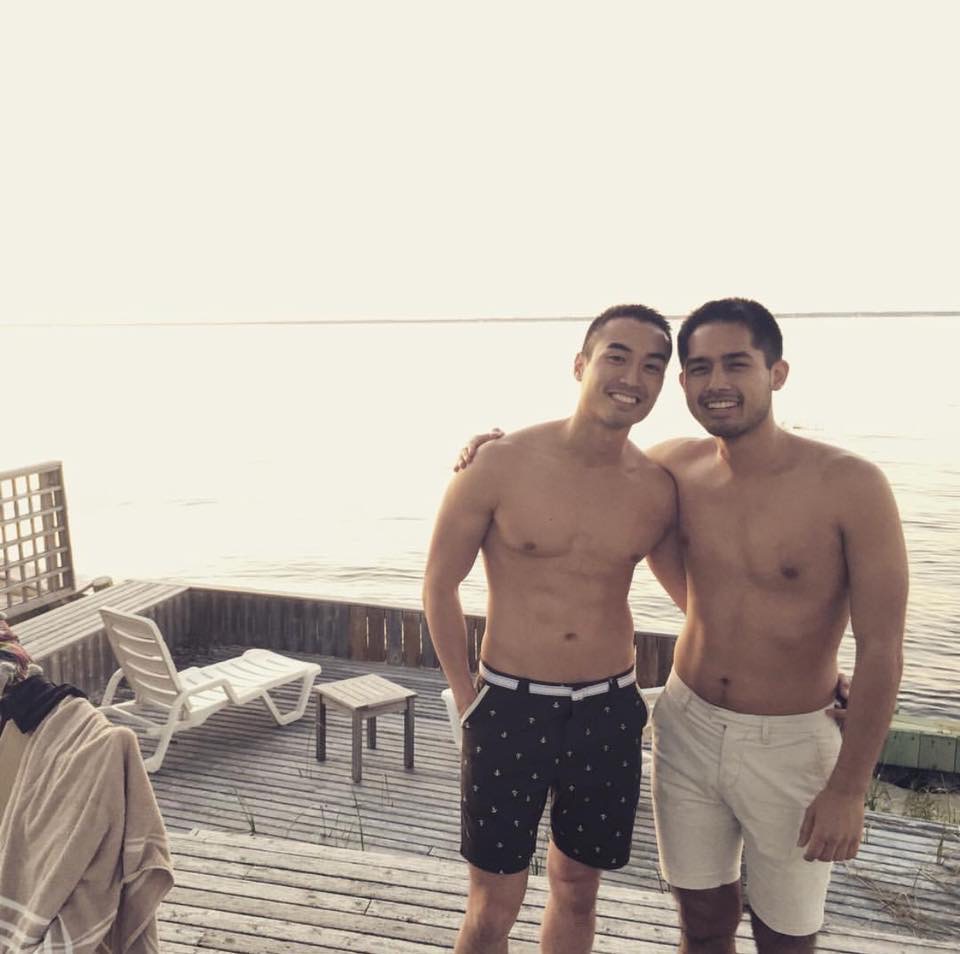 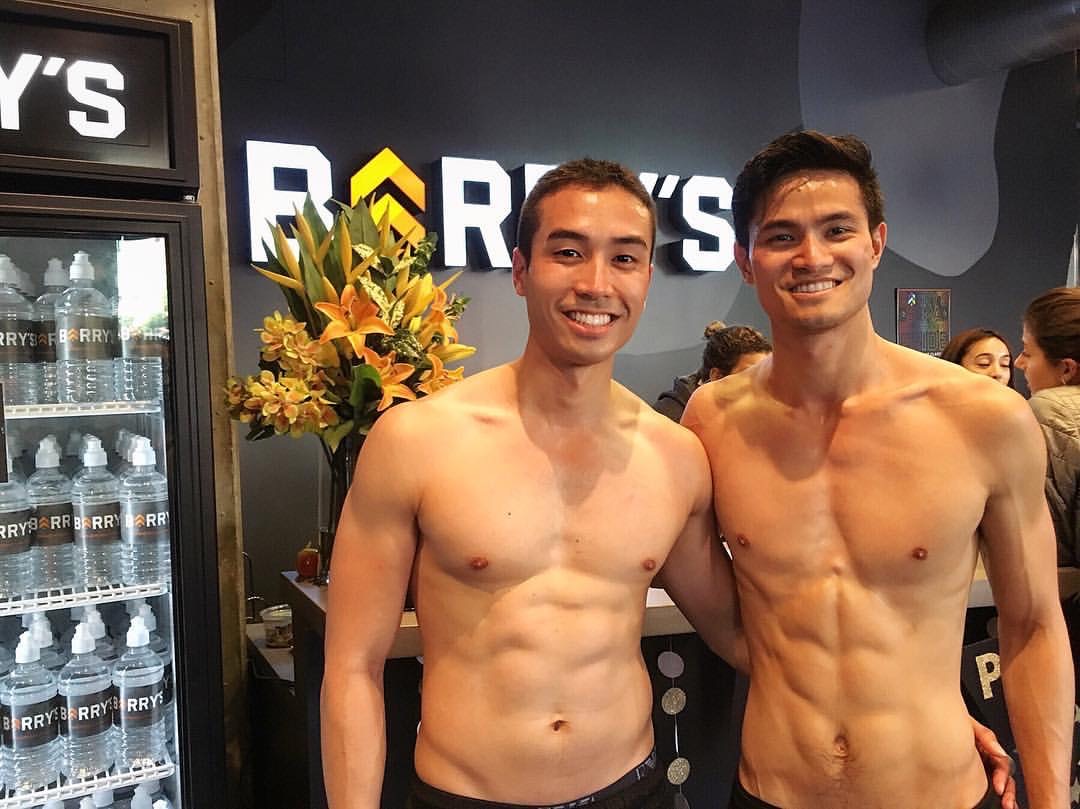 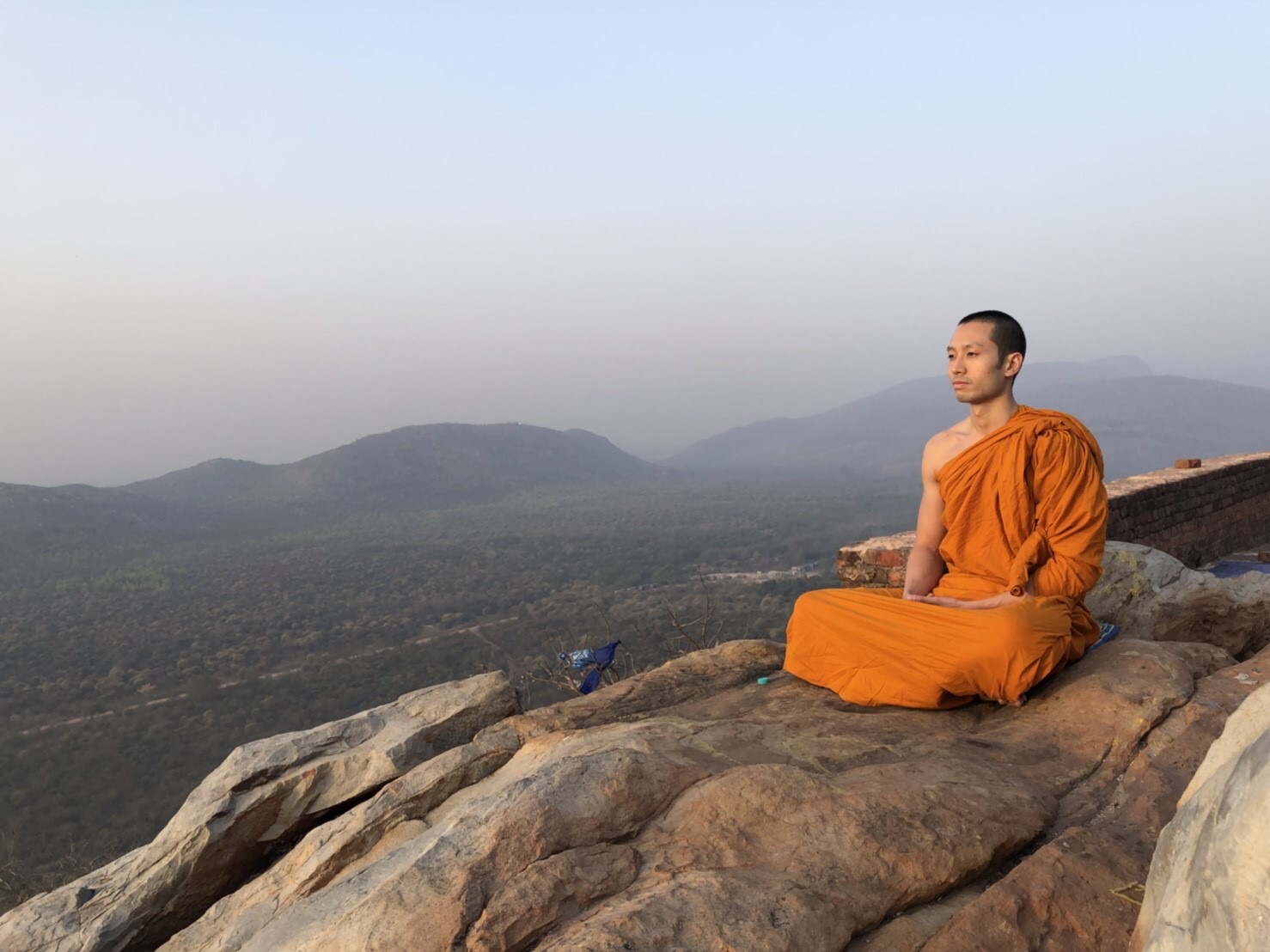 The journey to being ordained as a monk may have only been 3 months long. But the beginning was an incredibly arduous process.  During one of his silent meditation practices, he recalled the following:

Every day the bell would ring at 4am, and it would begin with an icy shower. We were all asked to meditate 11 hours a day for ten days. We wouldn’t get to eat until 6am and only again at 11am (there was no dinner).

The first day was excruciating. I would check my watch every 15 minutes thinking that an hour had passed.

The first few days of meditation training were taxing on Teak, both mentally and physically. There were times when his body couldn’t cope with the drastic changes, rendering him physically ill.

One of the most challenging parts of the training was the thrice-daily one-hour Athithana meditation that required sitting without moving.

Even if your legs fell asleep or if you’re itching on your arms, you weren’t allowed to break your posture. The idea is that by not giving into bodily volitions, we can expand our will-power.

This was one of the most profound will-power training exercises I’ve ever practiced.

During his ordination, he spent time in a forest monastery in Thailand as well as in Bodh Gaya, India.

You train yourself to understand that the world is not made to serve your own ego, so that when you are not on the top of the world, you can put everything that you’ve picked up down.

I wanted to be able to say to myself that I was not defined by how I look, by how much money I had, or what place I occupied. I wanted to be free of all this kind of grasping. 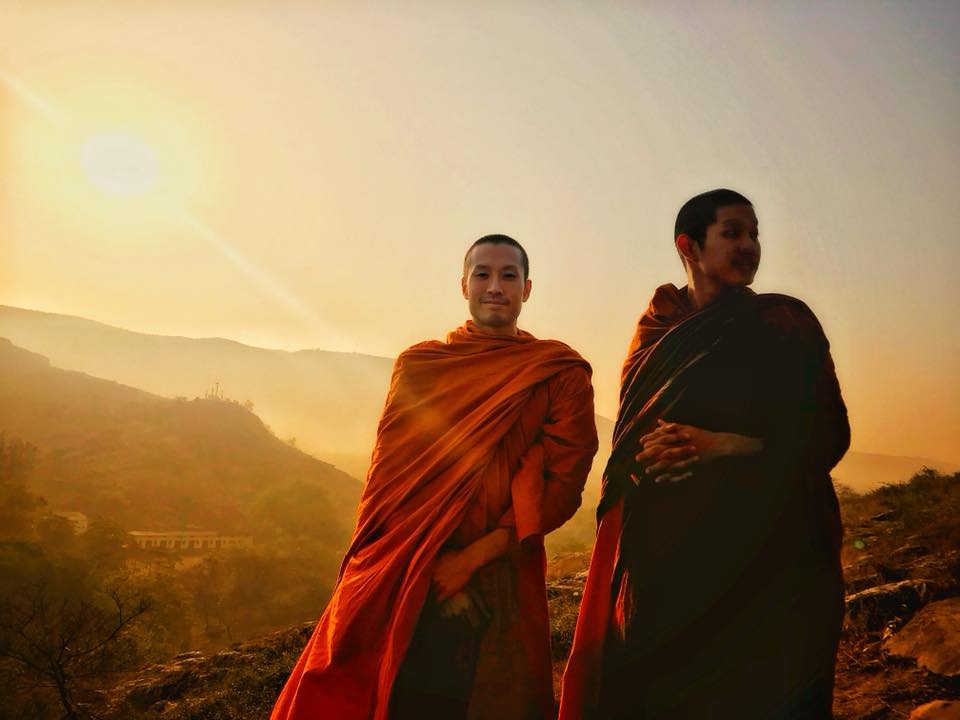 Shortly after returning to secular life, Teak was approached by his friend, Panyaphon, to be a co-founder of The Love Foundation; a not-for-profit organisation dedicated to fighting AIDS/HIV infection in Thailand.

He saw that I had worked at the SF Suicide Prevention center and had done HIV counseling.

With Teak on board, The Love Foundation scaled up their operations, and as a team, made an impact on the community. They’ve secured international funding, which in turn, helped them launch the Speak OUT campaign – a series of videos aimed at promoting HIV awareness and prevention.

We have also been fortunate to be the recipients of fundraising efforts from Maggie Choo’s, Pangina Heals, and the program Toey Tiew Thai.

We have created almost 20 campaign videos and short narrative pieces profiling clinics around Thailand, documenting the regional differences in social attitudes and resources related to HIV in each region of Thailand. 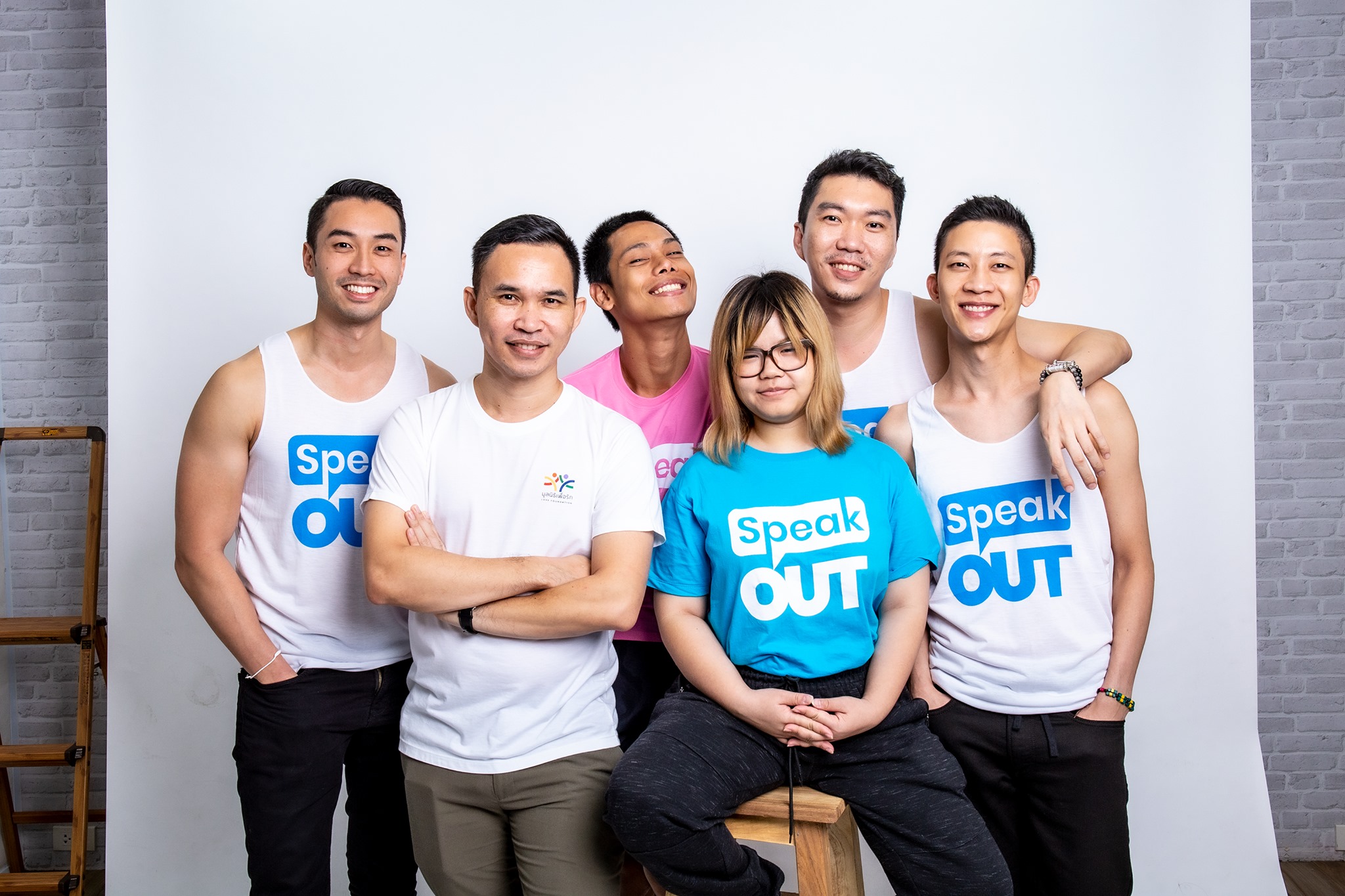 As the interview draws to a close, I start to get a sense of who Teak Sowaprux truly is. Partly because I see shades of myself in him.

Like many of us, Teak spent a large part of his life chasing validation. As a child, he was the model son – a Student Council President and athlete who subsequently earned a spot in an Ivy League college. Pretty much every Asian parent’s dream.

As an adult, he continued to chase after recognition. When the pursuit became too much, he sought clarity through monkhood instead.

Teak may have worn many hats over the course of his life. But as our conversation goes deeper, it’s clear that underneath it all, he’s simply a man seeking purpose. And perhaps it’s his latest role as an activist that will finally give him that sense of fulfillment that he has been looking for. 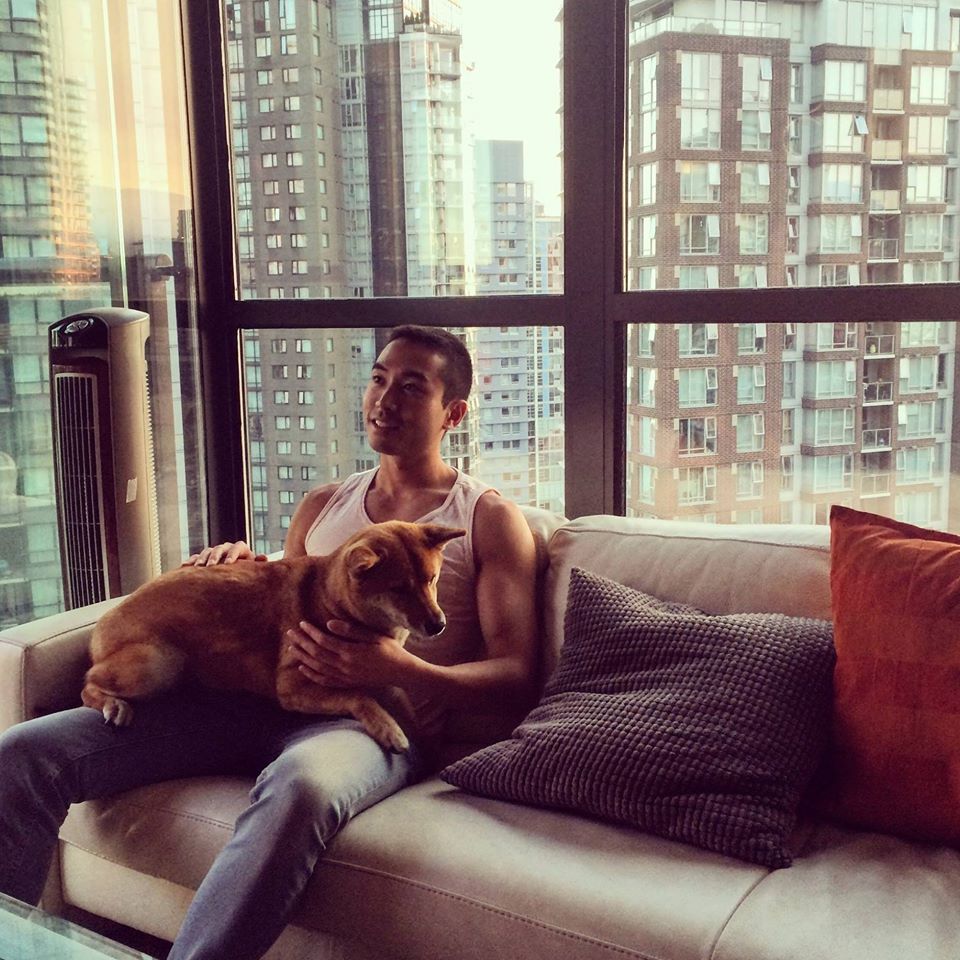 As co-founder of The Love Foundation, the importance of Teak’s work cannot be emphasised enough, seeing as Bangkok boasts one of the highest HIV+ rates in the world.

Although we are not a clinic ourselves, we have sent hundreds of MSM youths to clinics and connected them to resources for HIV prevention and treatment.

Although Teak is currently juggling a teaching job and an assistant  researcher position at Chulalongkorn University, his team and him have got big plans for The Love Foundation.

In the future, the Love Foundation hopes to launch a separate entity that solely focuses on reaching the Thai HIV+ community. That is, we want to create a physical (and online) space for HIV+ individuals to meet, mingle, and share resources.

There is a great need for mental health support for those who recently tested positive, and we want to design a program (or have resources) that helps support recently diagnosed HIV+ people with conversations with their friends, family, and society.

Like any other not-for-profit organisation, The Love Foundation cannot continue its good work without financial support from volunteers. So if you believe in the work Teak and The Love Foundation have been doing, show your support by donating at the fundraising link below. 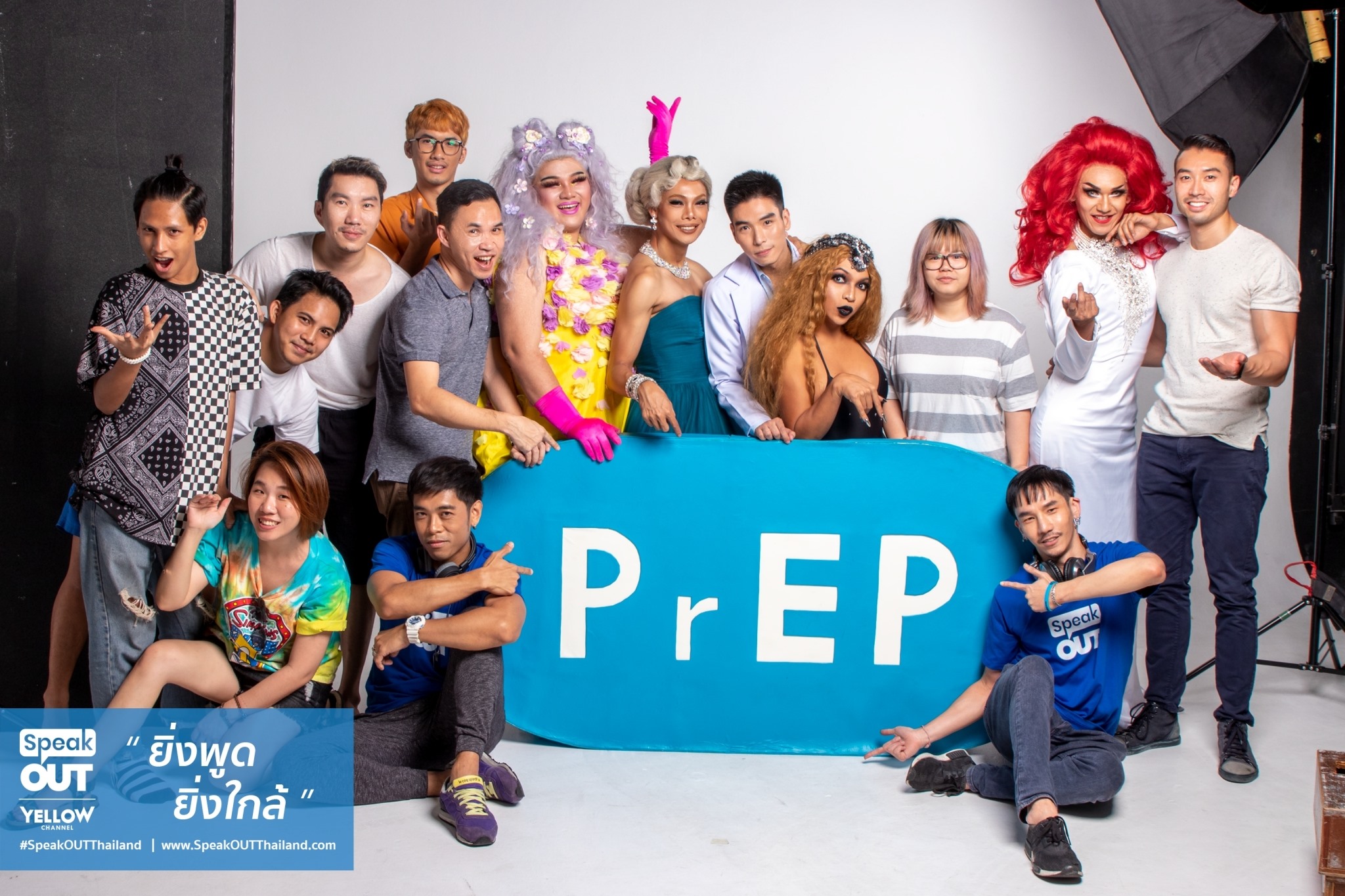 Once again, Dear Straight People would like to thank Teak Sowaprux for sharing his story with us.

If you would like to keep up to date with how Teak Sowaprux is doing, you can connect with Teak on Facebook and Instagram via @teakaroo.

You can also keep up with The Love Foundation by liking their Facebook Page and their Speak OUT page.

Support Dear Straight People and our mission in telling stories that broaden hearts and open minds by joining us on Patreon and gain access to patron-only content such as Teak’s full interview transcript.