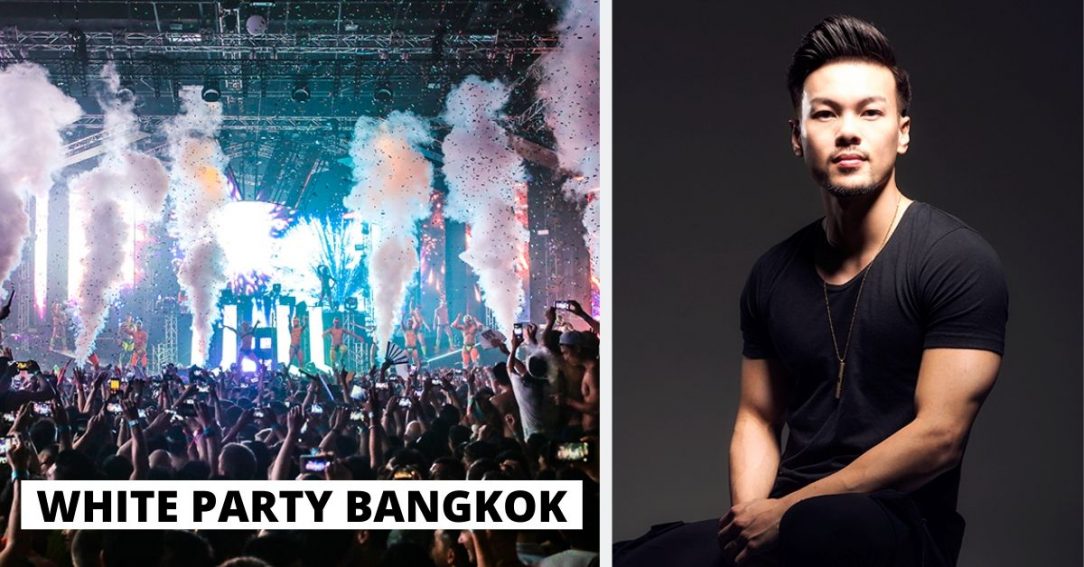 Out Of The Closet: Blue Satittammanoon Shares His Story

It’s a Wednesday evening and my next guest is seated on the floor of the room for our interview. There are couches and chairs all around him. But he assures me with a boyish grin that he is comfortable on the floor.

Clad in a simple t-shirt, he seems slightly nervous at first – his hands constantly fidgeting with the pouffe that he is hugging. A detail I find amusing really.

Considering the fact that he is one of the most influential gay figures in Asia, I should be the nervous one. 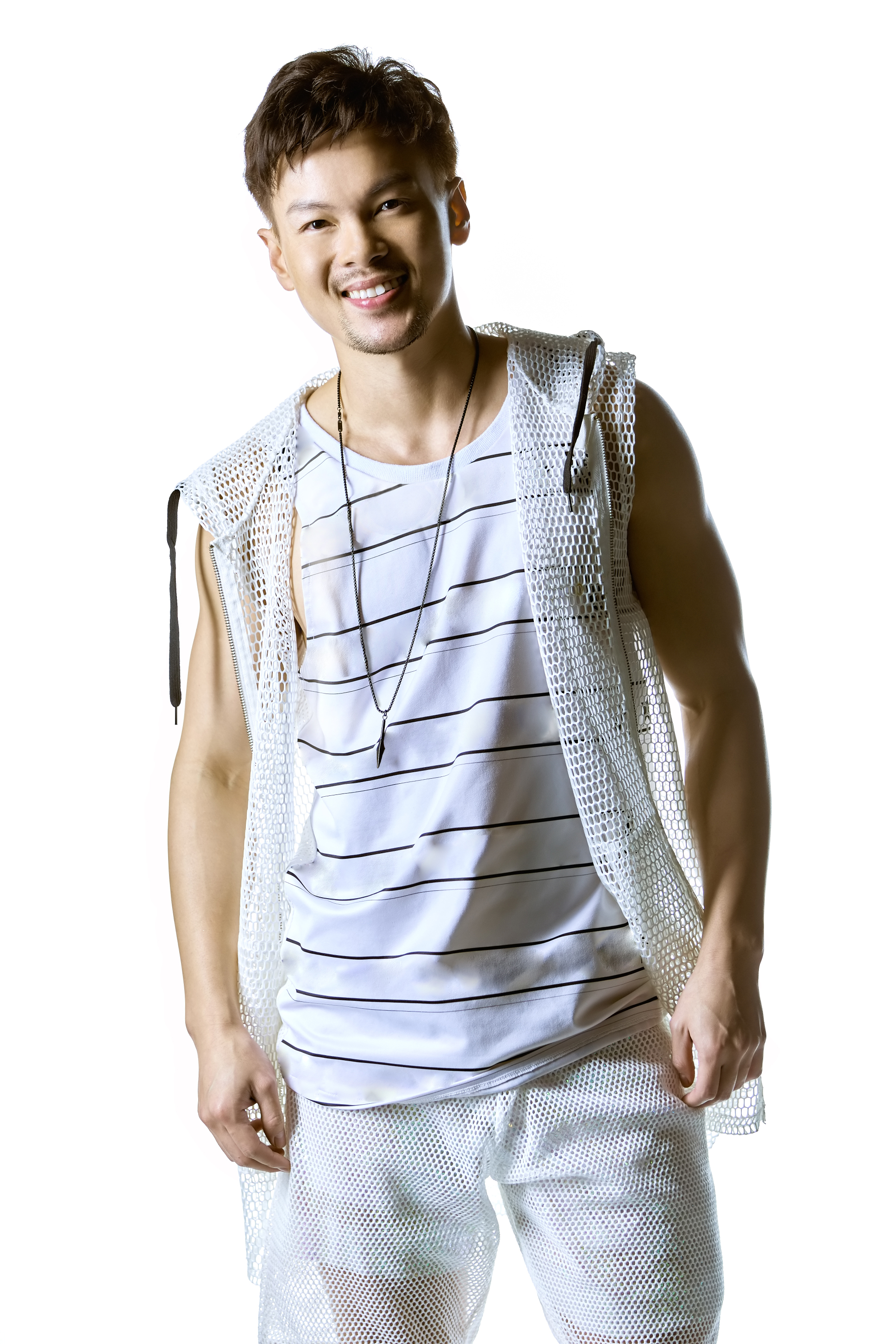 White Party Bangkok may only be 5-years old, but it has grown exponentially to become one of the biggest circuit parties in Asia.

As the popularity of White Party Bangkok grew over the years, so too did the clout of the organiser. Blue constantly has people trying to get into his good books. When I ask him what is the most interesting proposal he has received so far, he shares with me the following juicy anecdote:

Each year, I receive many unsolicited pictures and videos, not the kind you would want your mom to see, in the hope of getting cast as dancers or ambassadors, and sometimes, simply to get my attention.

Despite his standing, the man is warm and humble on all the occasions that I’ve met him. Blue doesn’t take himself too seriously. And he seems almost oblivious to the influence that he holds.  Forthcoming with his answers, this is the story of the man behind White Party Bangkok. 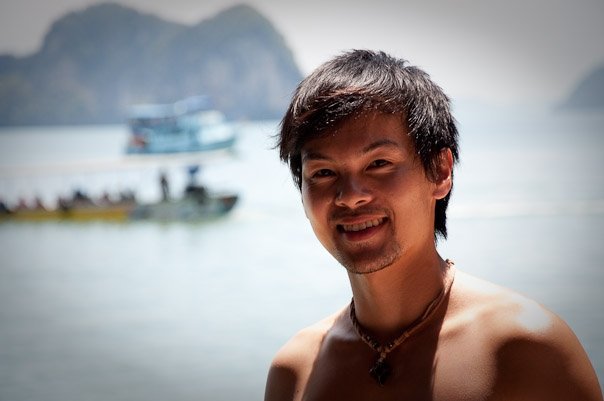 There were all kinds of channels and I found myself stopping to watch a gay one. I discovered that I liked it over the straight channels and the rest is history!

Even then, I did not identify myself as gay because I didn’t understand what it really meant. I just knew I found guys attractive.

Free-spirited by nature, Blue never grappled with his sexuality. Even his first coming out experience was relatively non-eventful.

It was in my second year Uni in Vancouver. My business school’s classmate, Tolga, asked if I wanted to grab a drink after class.

Tolga: “Have you been to this bar called The Odyssey?”

It was Vancouver’s most popular gay bar. We became best friends quickly 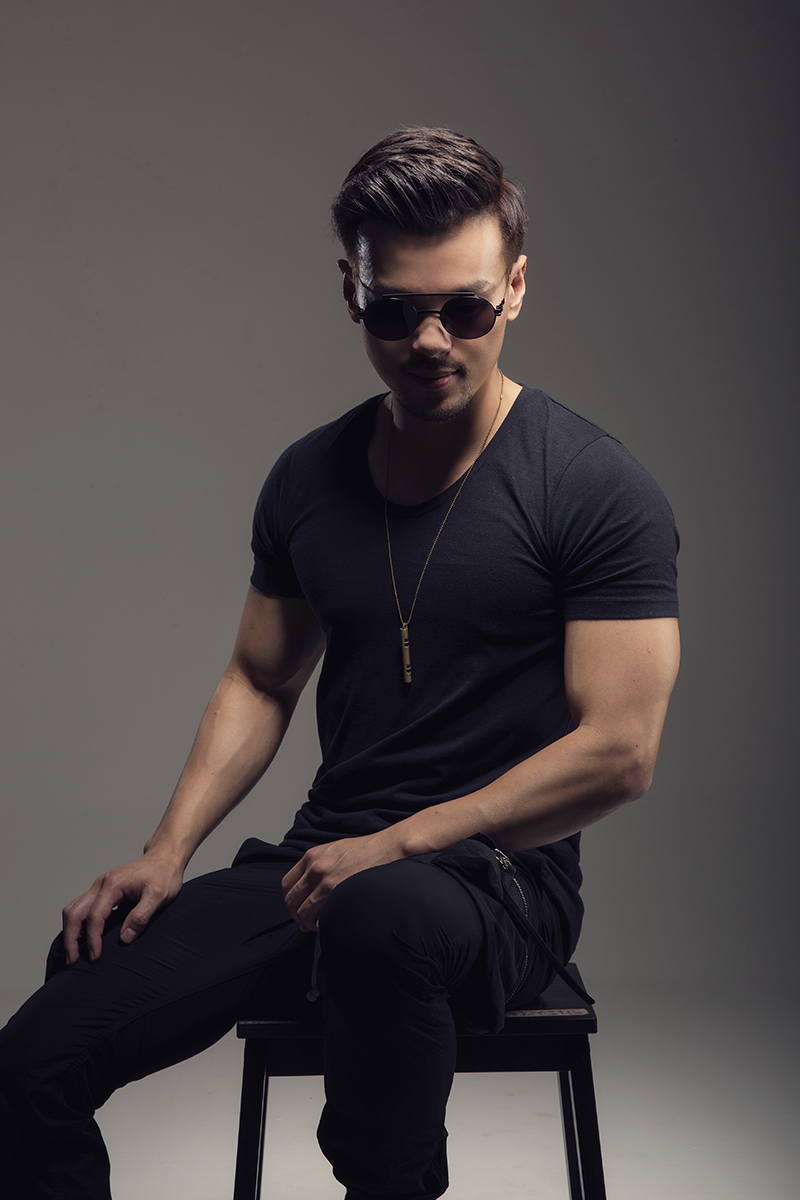 Upon graduation, Blue worked in marketing in the entertainment industry in Canada for a few years before joining the Thai office of Live Nation – the world’s leading concert & event organiser. His brother Bond (who is straight) had also become a veteran of the entertainment industry, producing concerts for Asian superstars such as Rain, Super Junior and Girl’s Generation.

By 2015, I had been in the entertainment industry for over 10 years.

Between my brother and I, we had produced hundreds of  events. With our experience combined, we were confident we could create a great music festival.

In 2014, Bond started his own company, Cloud 9, where he experienced early success organising large scale events such as K-Pop concerts for the likes of Exo and Super Junior as well as a popular 90s themed party, RCA 90’s Reunion.

In 2015, Blue asked Bond to join him to produce a new event targeting the gay party goers – White Party Bangkok. The White Party brand was licensed from the legendary White Party Palm Springs in the USA, one of the longest running gay parties in the world. (They ended the partnership last year. The event is now solely produced by Cloud 9)

The very first edition was a resounding success, attracting over 15,000 people from more than 40 counties over the 3-day long New Year weekend.

It is rare for an event this big to be successful from its inauguration year. The timing was right. White Party Bangkok may have not been a success if we didn’t start it when we did.

It is definitely more difficult to produce a successful new festival to the scale of White Party Bangkok in Asia now, as there are already established gay events throughout the year in the region. 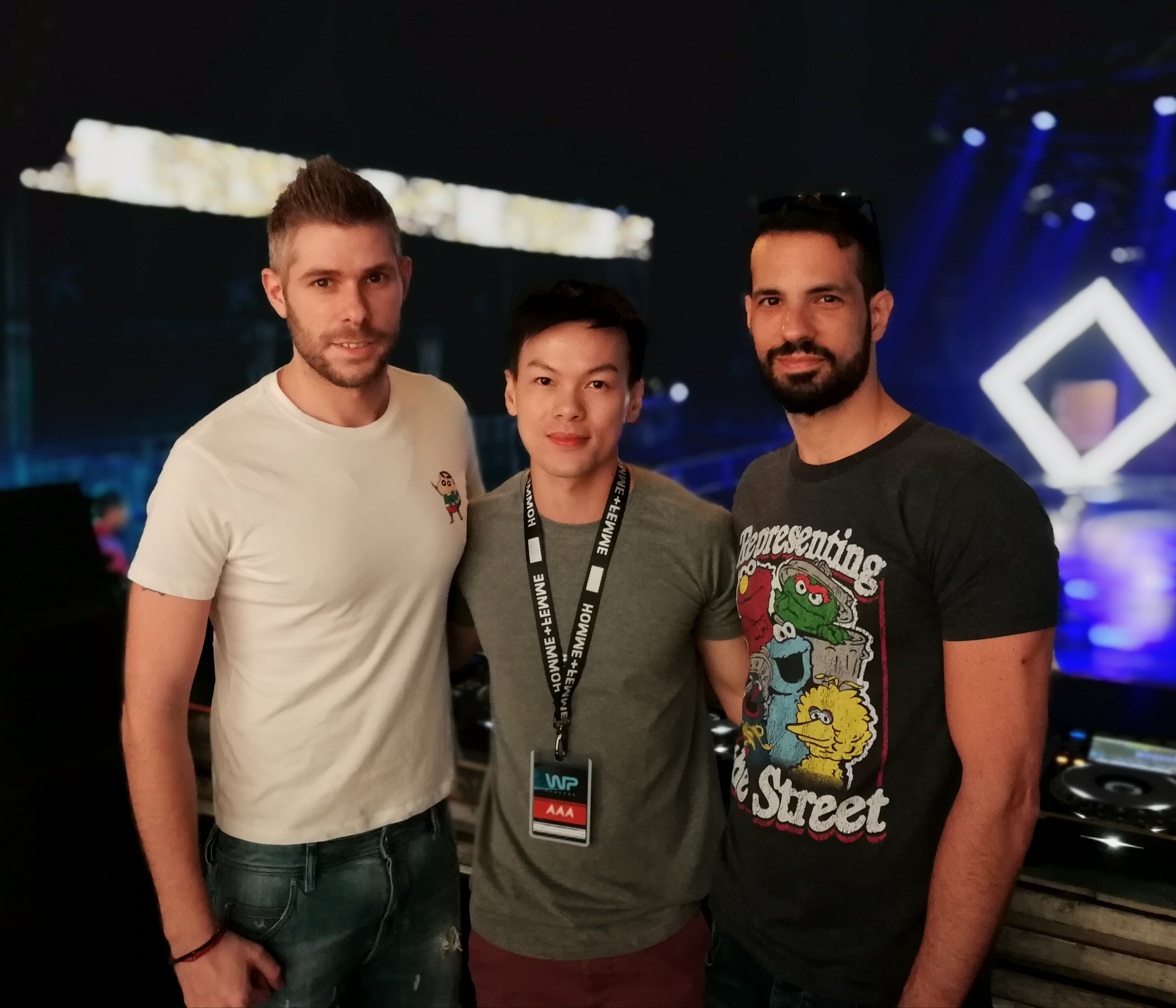 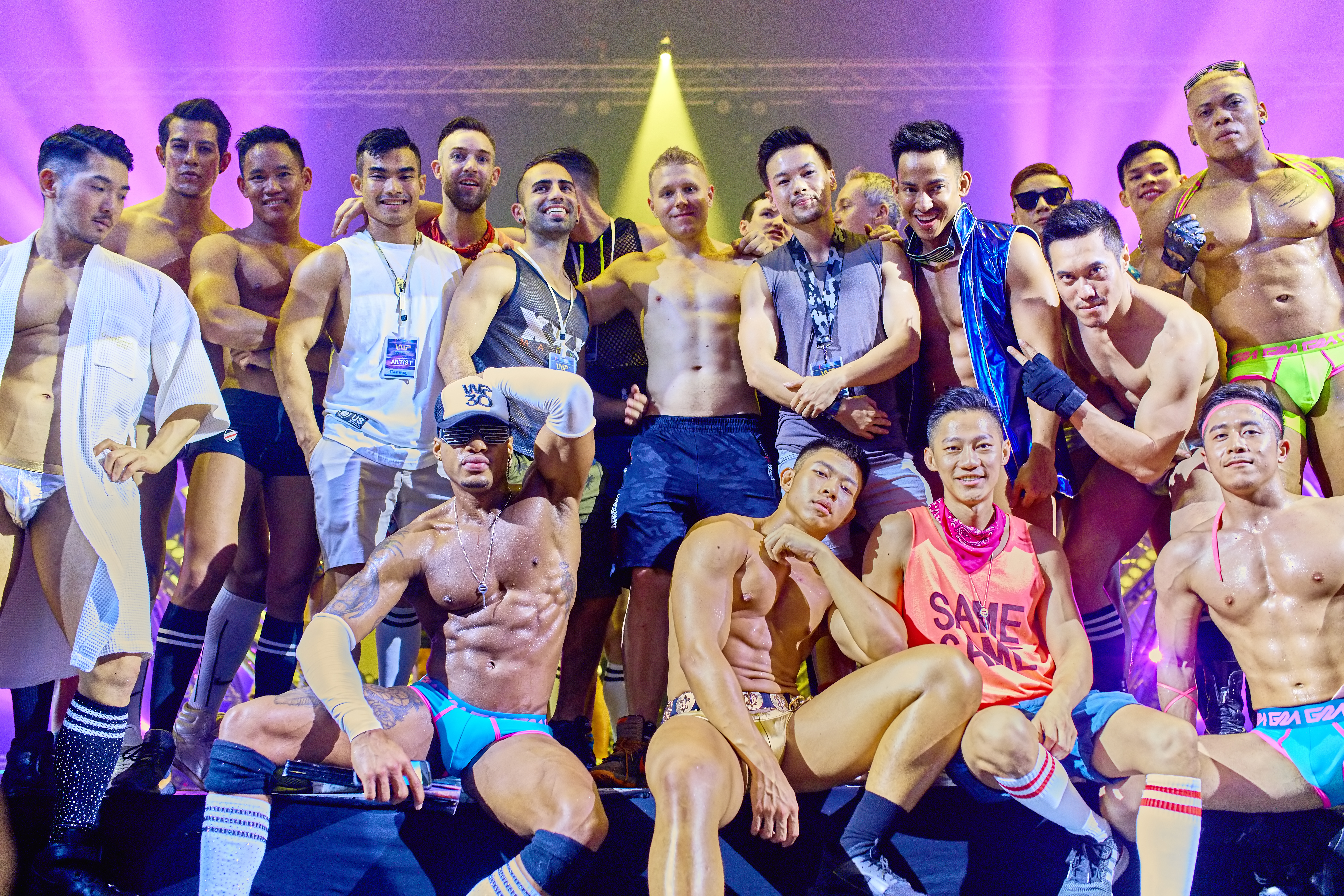 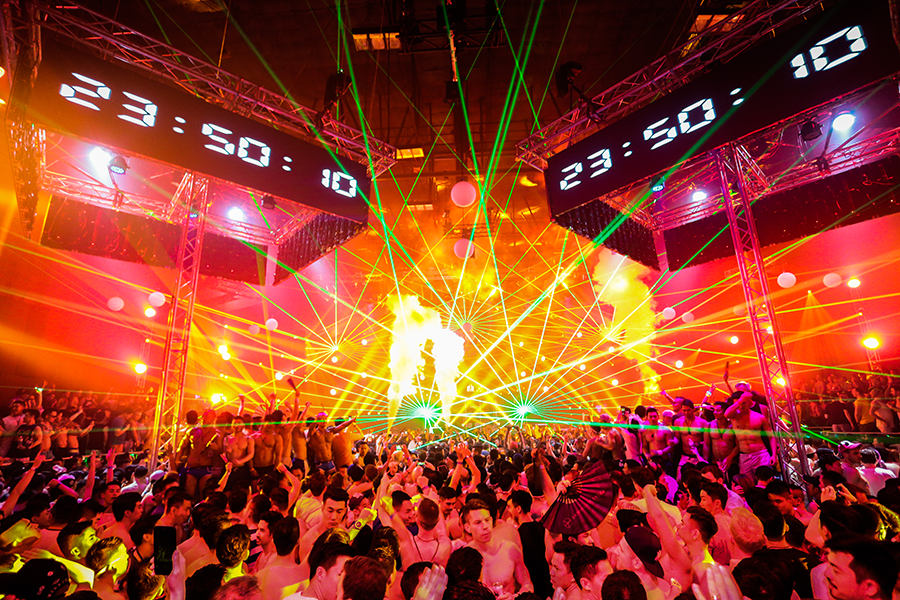 Five years later, White Party Bangkok is now an established staple in the gay circuit calendar. While their timing was certainly optimal, their success can also be largely attributed to their dedication to production.

We partnered with Thailand’s biggest production houses, Media Vision and Light Source to make the biggest circuit production anyone has ever seen, from the Mothership, 3D LED net, hologram, and massive LED installation to wrap the entire concert hall in LED screens.

We always stay at the forefront of tech and design in production.

Currently into its 5th year, White Party Bangkok seems poised to become even bigger. The greatest reward for Blue however, is not the financial success of the event.

There is something magical when thousands of gay men unite. It’s empowering.

Providing a safe and inclusive space for gay men to unite and celebrate our community is something that is close to my heart and I’m grateful that we are able to do it with White Party Bangkok.

Some may scoff at his politically correct answer. But after getting to know him on a more personal level, I actually believe him.

I was privileged enough to be able to live freely in Canada for nearly 15 years with laws to protect against sexual discrimination and fortunate that Thailand is also a great place for LGBT to thrive.

Others in Asia are not so lucky. In some countries, being gay is a punishable crime. 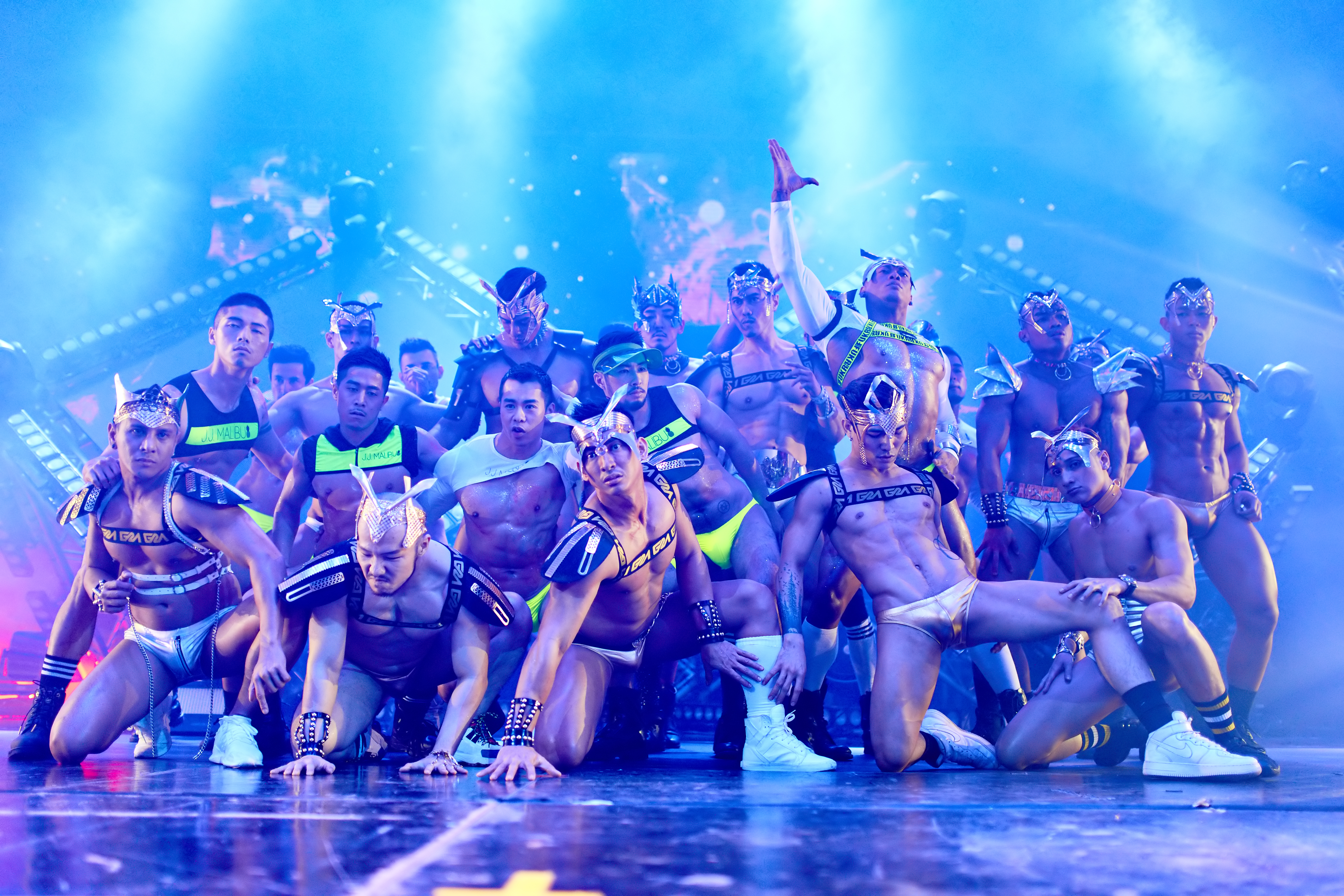 Taking place in Bangkok from 27 December to 31 December, White Party Bangkok 2020 promises to be even better than before.

This year marks WPBKK’s 5th Anniversary. It’s a major milestone for us and we are producing an event worthy of that milestone.

Expect the BIGGEST production in WPBKK’s history with the best talent in the business.

Headlined by Offer Nissim – the #1 gay DJ in the world – the lineup for White Party Bangkok 2020 includes the likes of international stars such as Tommy Love, Oscar Velazquez, Dan Slater as well as local talent such as Spectrum K and Tackthai. White Party Bangkok 2020 will also see live performances from Jiew Piyanut and Asia’s top drag queen, Pangina Heals.

Jiew Piyanut is one of the biggest selling female artists in Thailand. We are so honored to have her perform at AGM.

And Pangina Heals… I still have goosebumps every time I think of her ‘Never Enough’ performance last year!

We are going to do something even BIGGER this year with her!!

With 5 parties held across 5 days, I ask Blue which party he would recommend for those who can only make it to one party. His answer might just surprise you:

I would say come to the Military Ball.

I’m personally super stoked to see DJ KRYDER. He’s a regular headliner at Tomorrowland and one of the greatest House DJs/Producers in the world! This is his first time performing for a big gay event. Many of the top circuit DJs have been playing his mixes for years and now the man himself is going to play for us.

So, it’s definitely going to be very special to see him play for the gay audience. 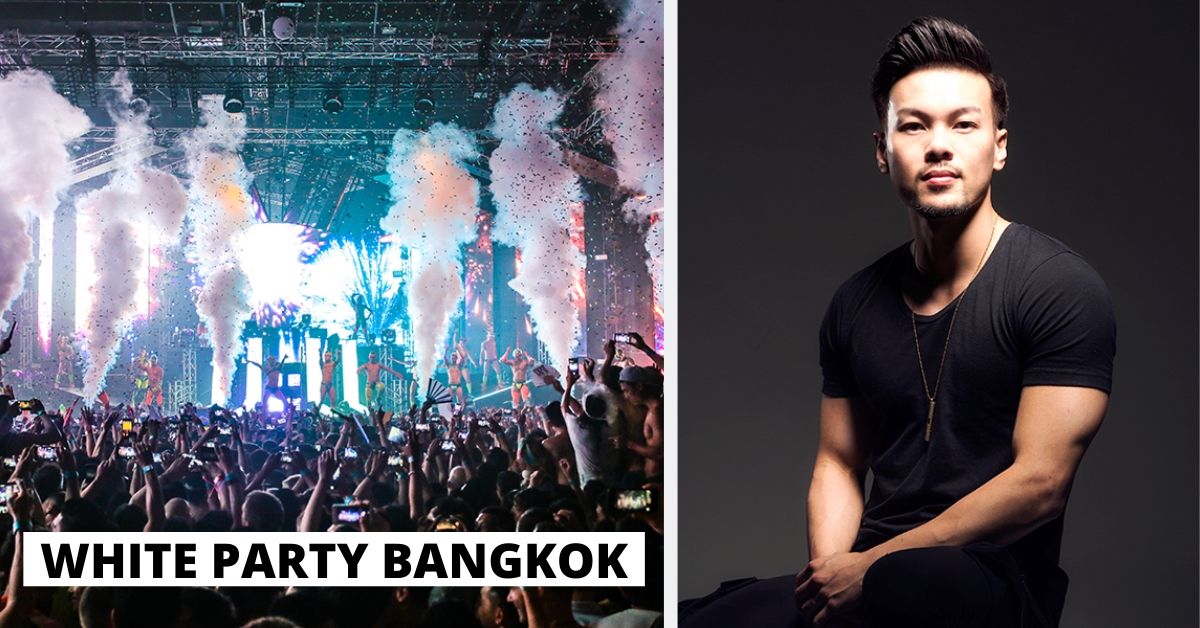 Once again, Dear Straight People would like to thank Blue Satittammanoon for sharing his story with us.

Support Dear Straight People and our mission in telling stories that broaden hearts and open minds by joining us on Patreon and gain access to patron-only content such as Blue’s full interview transcript.

2 comments on “Out Of The Closet: Blue Satittammanoon Shares His Story”