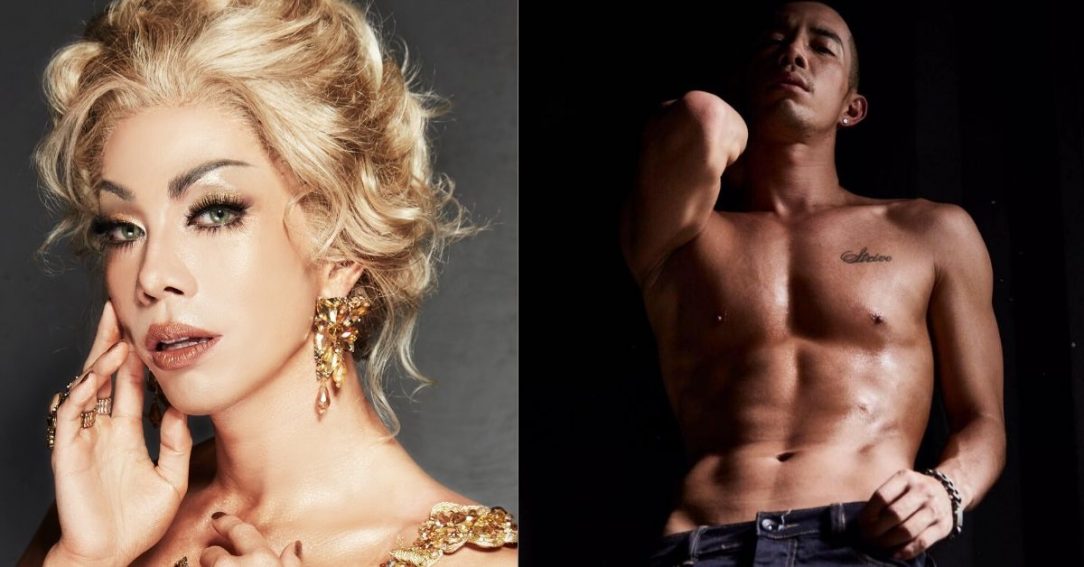 Out Of The Closet: Pangina Heals Shares Her Story

When drag queens hurled the first rocks at Stonewall Inn, they sparked a civil rights revolution. The history of drag has long been steeped in political activism.

Drag culture may have evolved into a multimillion-dollar phenomenon perked up by marketing deals and glitzy world tours. But drag queens continue to be leading figures of the LGBTQ+ community. They may no longer be rioting out in the streets. But there’s no denying their role in activism today.

As our next interviewee puts it:

If people actually love us and laugh with us, in a way, they accept us. 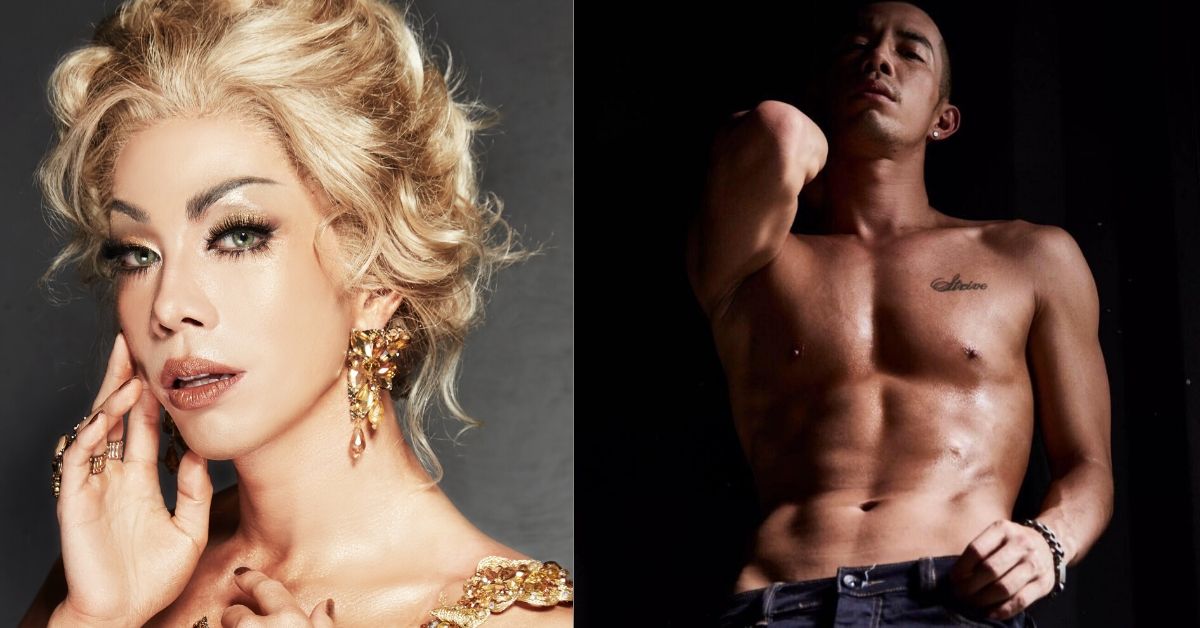 Often referred to as the ‘RuPaul Of Thailand’, Pangina Heals is a half-Thai, half-Taiwanese performer who is arguably Asia’s most famous drag queen. Best known for being the co-host of the hugely popular Drag Race Thailand, Pangina Heals has performed in events all across the world.

A household name with over 150,000 Instagram followers, Pangina Heals is no stranger to the spotlight. A simple google search will yield plenty of interviews spotlighting Thailand’s most famous drag queen. Given the widespread exposure, Pangina Heals has become Thailand’s biggest drag export.

Pangina Heals may be an ambassador of sorts for Thailand’s queer community. But the man behind the drag is not your average Thai. 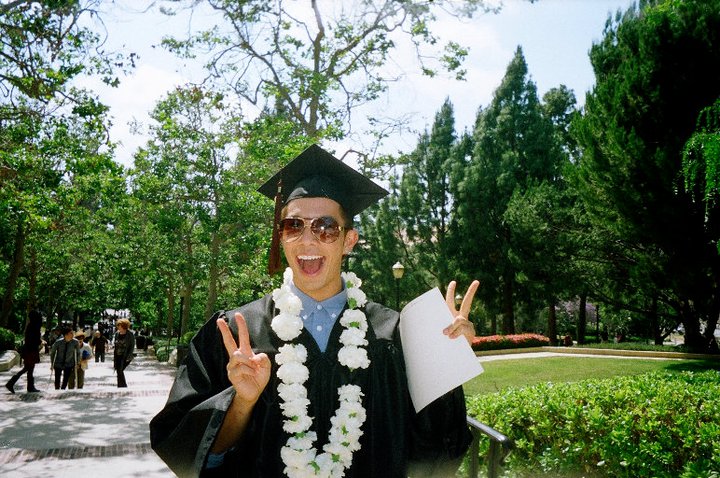 One thing I remember was that my mum told me that when she dies, she is not giving me anything so that was a big push factor for me.

His tiger mum helped shaped Pan Pan into the hustler that he is today. And perhaps it was that go-getter spirit of his that led him to win the very first drag competition that he entered himself into. A feat made all the more impressive considering how his foray into drag seemed almost accidental.

I got into drag because I was inspired by Lady Gaga.

There was a drag competition (where) you get to go to New York to see her concert for free and I won. So after that, I started doing drag more and more and more. 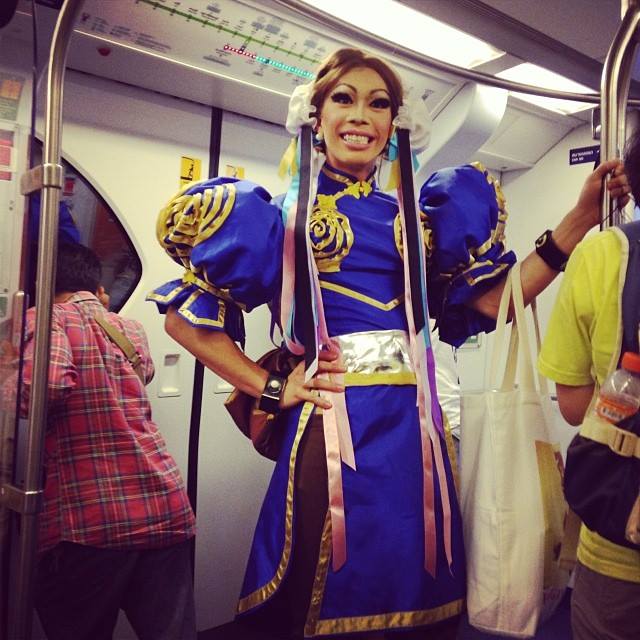 When Pangina Heals made her debut, Ru Paul’s Drag Race had only just launched and no one in Thailand was making much of a living from drag. Thailand may be exceptionally accepting of gender benders. But there were few outlets for drag queens, as pageants and shows were catered to the trans community.

Having chosen such an unconventional career path upon graduation, the odds were stacked against him. But Pan Pan was relentless in his hustling.

Pangina Heals first made a name for herself as Thailand’s ‘waacking’ queen in 2011. She then went on to win T Battle 2014, Thailand’s first reality TV drag competition. She also competed on popular reality shows, Thailand Dance Now and Lip Sync Battle Thailand. Her big break however, came when she was appointed as a co-host of Drag Race Thailand.

The success of Drag Race Thailand brought Pangina Heals global attention. She soon found herself being featured in international publications such as Hornet and the Daily Mail. In 2018, Pangina Heals was even appointed by Taiwan as a Tourism Ambassador. 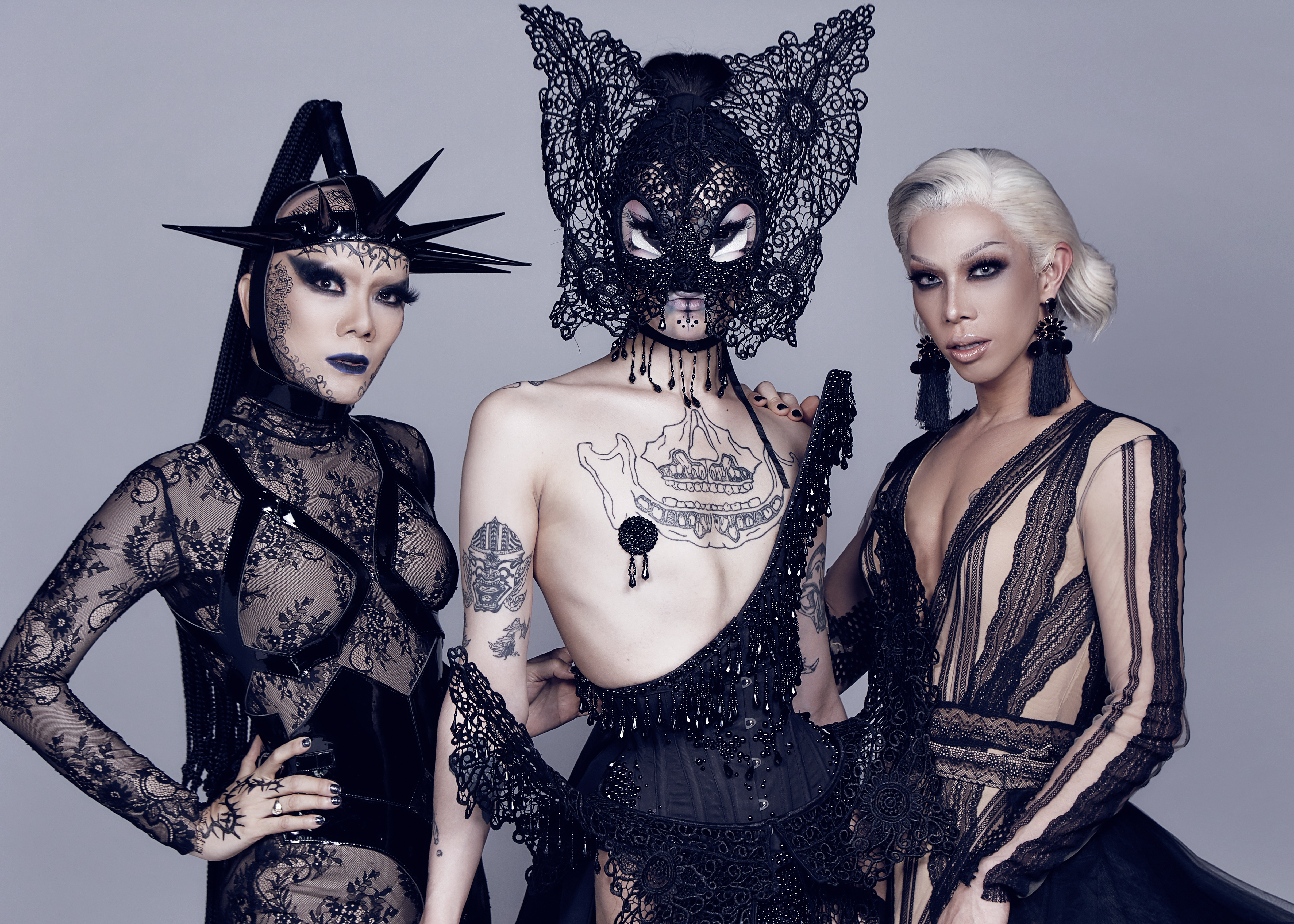 As one of Thailand’s most influential figures, Pangina Heals has been channeling her fame into charitable causes.

Pangina Heals regularly participates in fundraisers and awareness campaigns for The Love Foundation; a not-for-profit organisation dedicated to fighting AIDS/HIV infection in Thailand. She has also worked with the Camillian Home for Children and the borders of Thailand, home to the children of illegal immigrants of Burma.

They are super poor and they don’t have anything.

If you look at my Instagram, you will see I dress up as Pikachu and you can see the smiles on their faces.

So I think drag can be used to make people happy and to forget the hardness of their days. In that way, it transcends being a sexuality thing and more of a human thing.

Her contributions to the community however, weren’t enough to shied her from the dark side of fame. 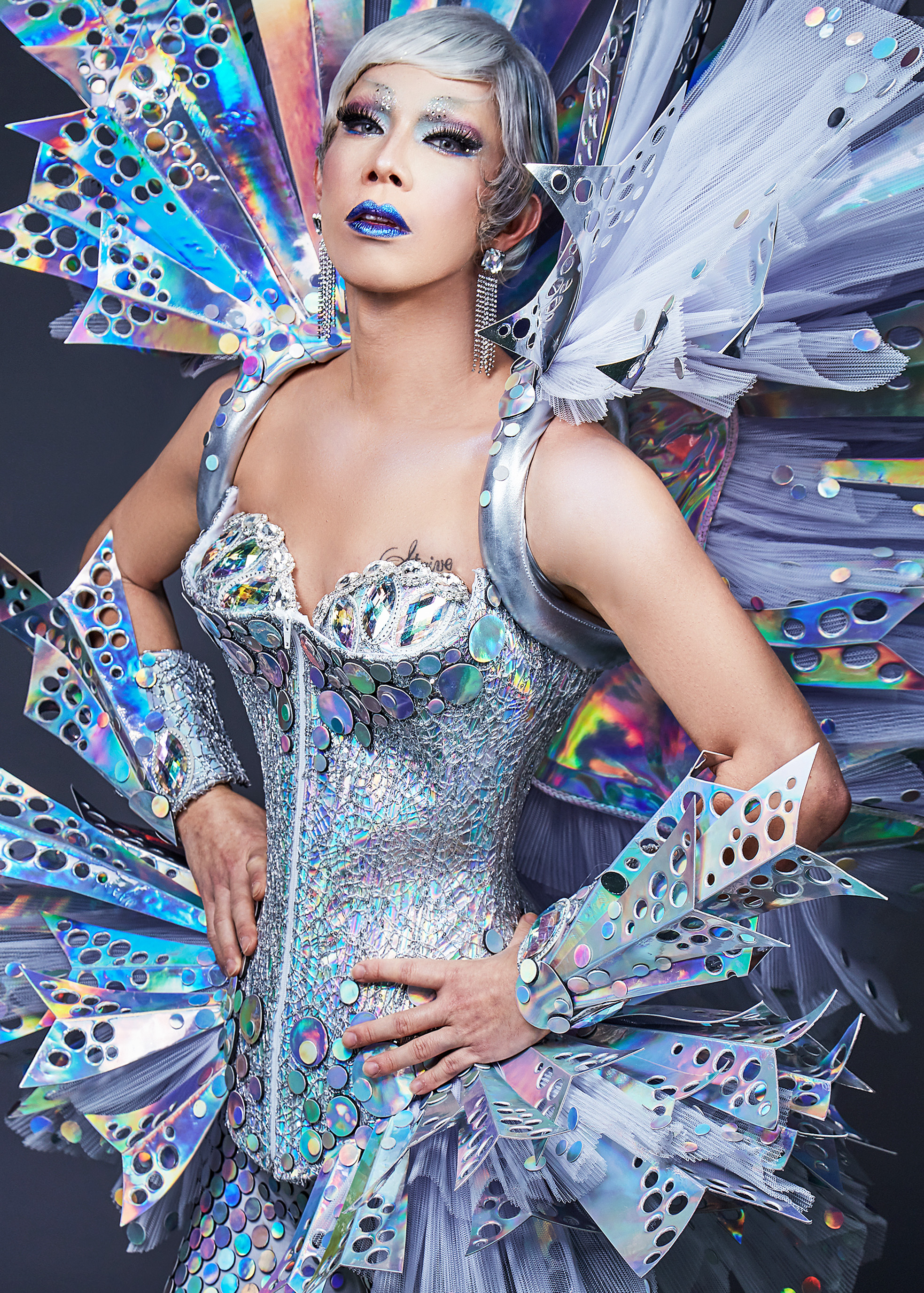 When I ask Pan Pan what is an issue he hopes to shine more of a spotlight on, he answers without skipping a beat:

Teenage bullying. Cyber bullying. Those two I feel are really tough and something we should focus more on.

I mean a lot of kids kill themselves because they can’t talk to anyone.

That answer shouldn’t surprise anyone familiar with the man behind the wig. Pan Pan Narkprasert may boast a Men’s Healthy worthy physique now. But he was bullied for being overweight as a teenager, which eventually led to him battling depression and bulimia.

Although nobody is fat-shaming him now, social media superstardom has made him an easy target for cyber bullies. Unbeknownst to many, Pangina Heals is a regular recipient of death threats, especially when Drag Race Thailand is airing.

It’s normal now. If they had balls, they would do something about it.

I’m not encouraging anything (laughs) but most of the people, they don’t have balls. Because back in the day, if you have something to say, you say it to our face 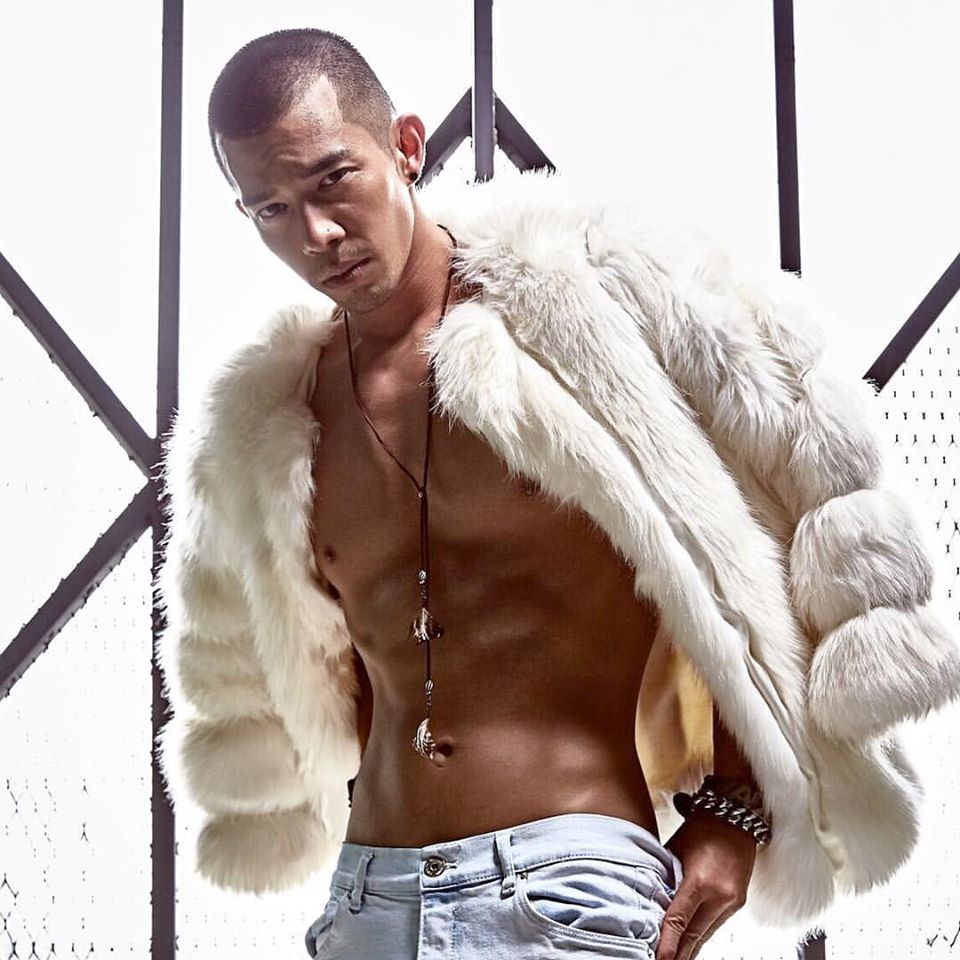 Being ‘fierce’ is one of the basic requirements of being a drag queen.

But in a social media fueled world where netizens can easily make disparaging comments with little consequences, drag queens make easy targets for cyber bullies. Considering how drag queens are expected to be unfazed by anything, their tough exterior can seem particularly inviting to cyber bullies.

With cyber bullying, people have no faces and they get away with no responsibility.

I feel like every country should have cyber police where they can monitor things. It will be nice if we have a social (media) police to catch assholes and take away their phones and their laptops.

Pan Pan may not have been in drag during my interview with him. But he may as well have been. Throughout the interview, he is confident, razor-sharp, and for lack of a better word, fierce. When I ask him how he deals with the cyber bullies now, he responds:

It used to bother me but not anymore. It’s like ‘uggh someone farted’. I don’t care.

Drag queens often gush about how drag transformed their lives. In Pan Pan’s case, becoming Thailand’s top drag queen has seemingly transformed Pan Pan himself from the insecure gay youth that he once was to the driven and hyper-confident hunk that he is today.

I think every single day, I make one kid feel okay with who they are. I think those are small achievements that are important to me.

I have kids who are like ‘When you are you, I have hope that I feel like one day, my situation at home would be okay, that my parents would accept me one day’. 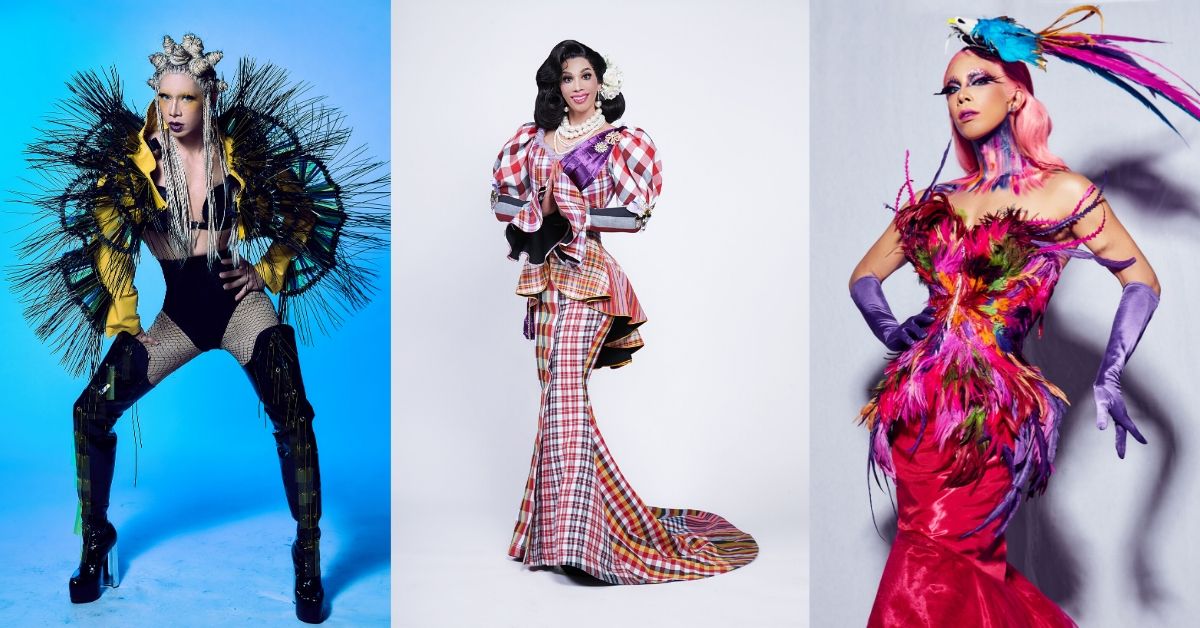 Pangina Heals may have clawed her way to the top of Asia’s drag hierarchy. But Pan Pan is not one to rest on his laurels. This is most evident when I ask him the only question that apparently, no other interviewer has asked him before:

Me: Have you ever thought of leaving everything behind and going to The States?

Me: Wow really? So you are prepared to give up everything here to go there?

Pangina: I’m not saying give up. I’m saying level up.

Pan Pan may still be rooted in Thailand, where he regularly performs for Maggie Choos’s Sunday Gay Night and Stranger Bar. In fact, Pan Pan just launched his own YouTube channel.

But he’s a relentless fighter. And I can’t wait to see what other milestones lie ahead for Thailand’s top drag queen.

I would really want to compete on drag shows. I won’t say which one. But wouldn’t it be fun if I get to compete.

I want to do things that not only represent my art, but my people and what Thai people can do because Thai drag queens are fucking fierce as well. 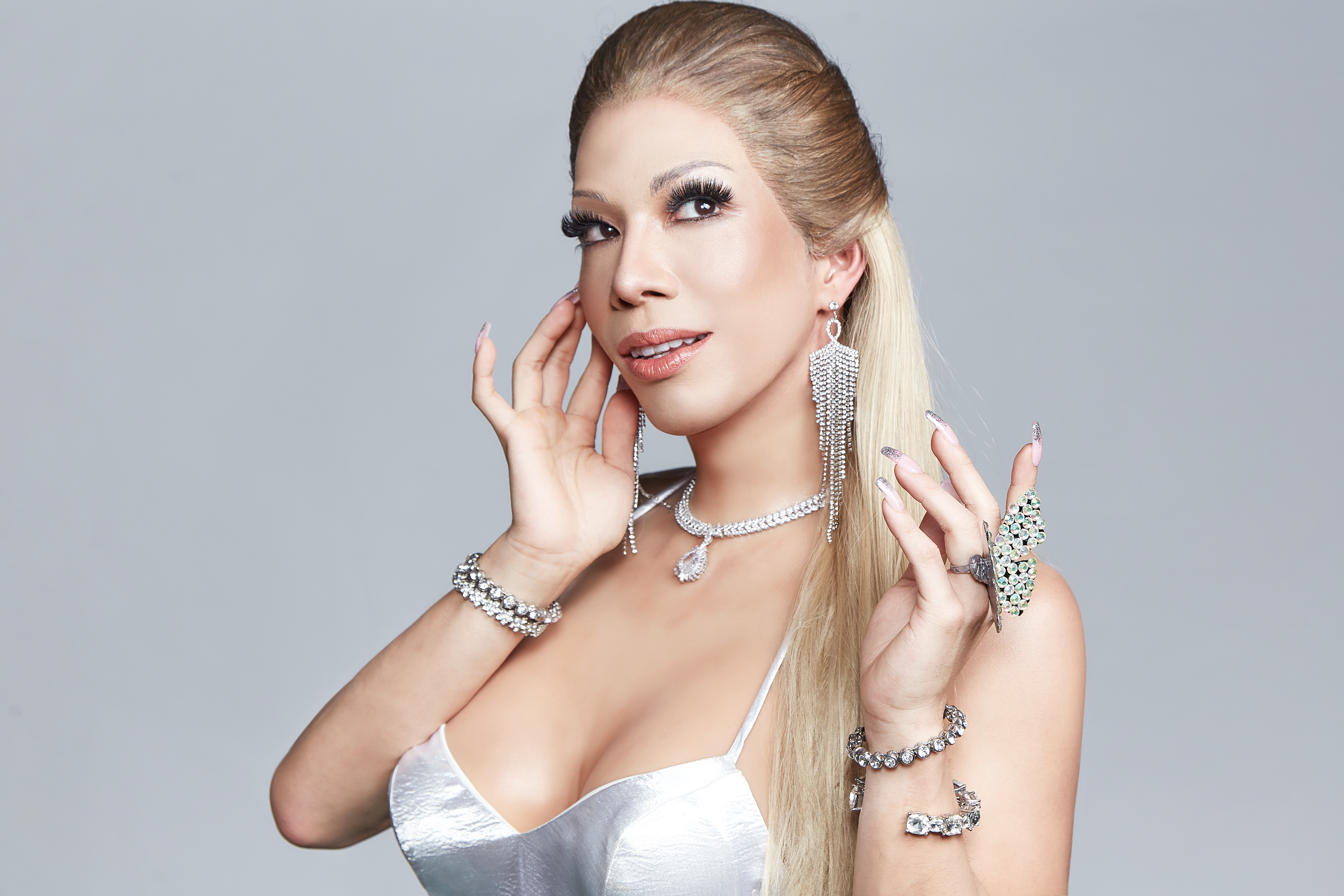 Once again, Dear Straight People would like to thank Pan Pan Narkprasert, aka Pangina Heals, for sharing his story with us.

Support Dear Straight People and our mission in telling stories that broaden hearts and open minds by joining us on Patreon and gain access to patron-only content such as Pangina’s full interview transcript.