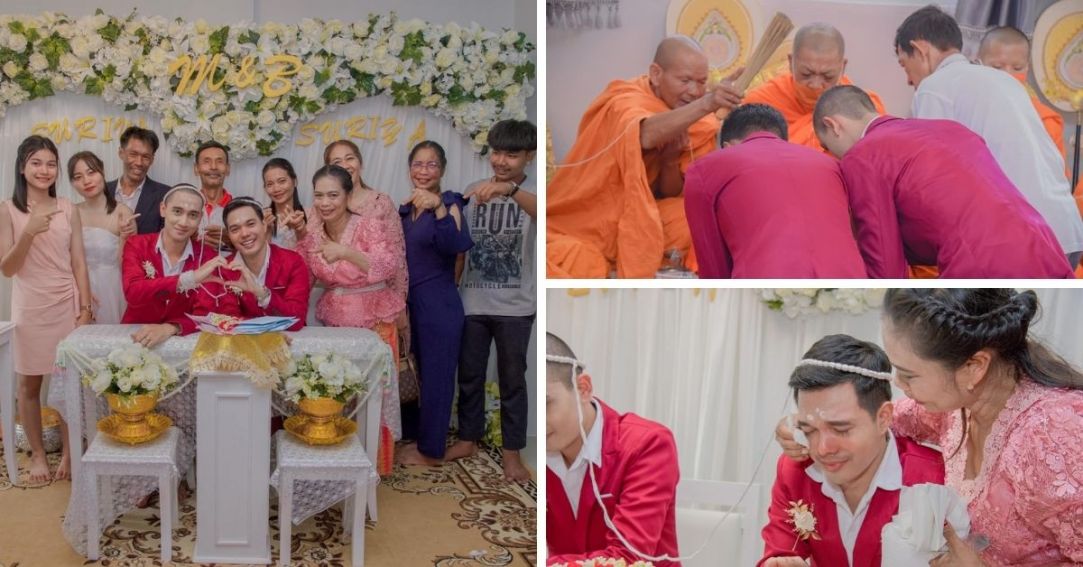 A newlywed gay Thai couple have unwittingly become the target of death threats and harassment from homophobic Indonesians.

On 4th April, Suriya Koedsang posted photos of his wedding on social media, which was attended by the happy couple’s family and friends.

But for some reason, the celebratory event soon attracted the attention of many homophobic Indonesians, who left disparaging comments on the post. Many of the homophobic Indonesians denounced their marriage as “forbidden by god” and hurled insults such as ‘pantek’ (asshole) and ‘orang gila’ (crazy people) at the newlywed couple. Death threats were also made against the couple as well as their respective families.

Although Suriya himself did not respond to the homophobic comments, the harassment and death threats continued to a point where he felt compelled to seek legal advice.

An exasperated Suriya took to Facebook to express his frustration with the following statement:

“We married in my warm house and family, my own place, my own [country] and what is wrong with Indonesia and Indonesians?? Why need to be that dramatic? … Why are you guys so harsh on us? Do I need to hide when I did nothing wrong?”

The post has now gone viral, with over 51,000 likes and 31,000 shares. If you would like to show your support for the newlywed couple, do leave them an encouraging comment on their viral post here.

It’s a pity that such a touching celebratory event has become marred by relentless online harassment. You can take a look at some of the beautiful pictures of the event below.