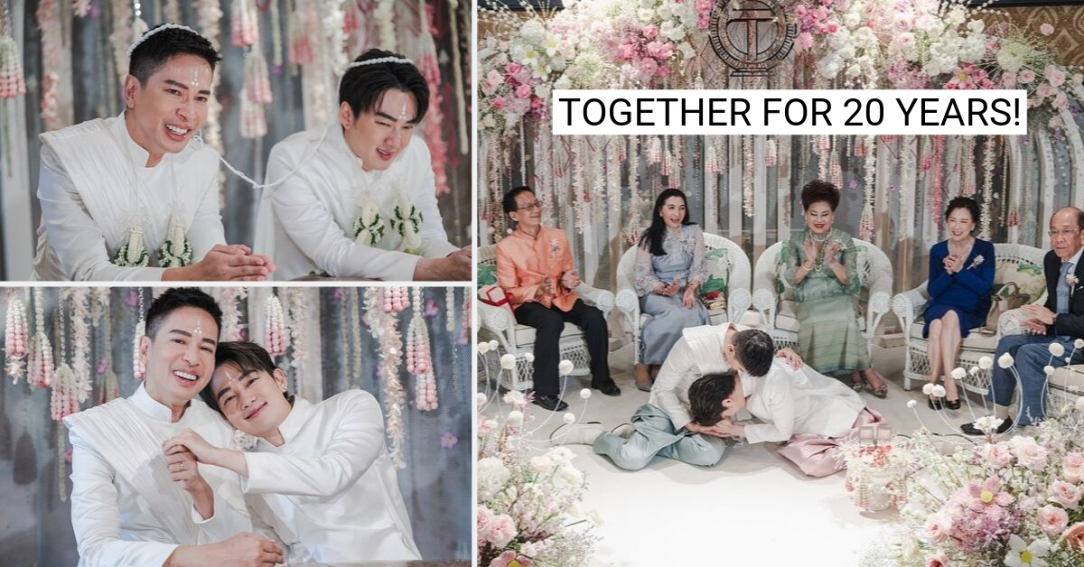 Here is what I learnt from attending the wedding of Tom Tan and Oui Srimuang, a gay couple based in Thailand who got married on their 20th year together.

I’m not going to cry!

It was a few days before the big day. Seated across me was Tom Tan, a gay Singaporean just days away from marrying Oui, his Thai partner of 20 years.

Tom was trying his best to convince me that he was not going to bawl his eyes out on his wedding day. I however, remained unconvinced.

What I didn’t expect though, was for both Tom and Oui to cry like babies on their big day! 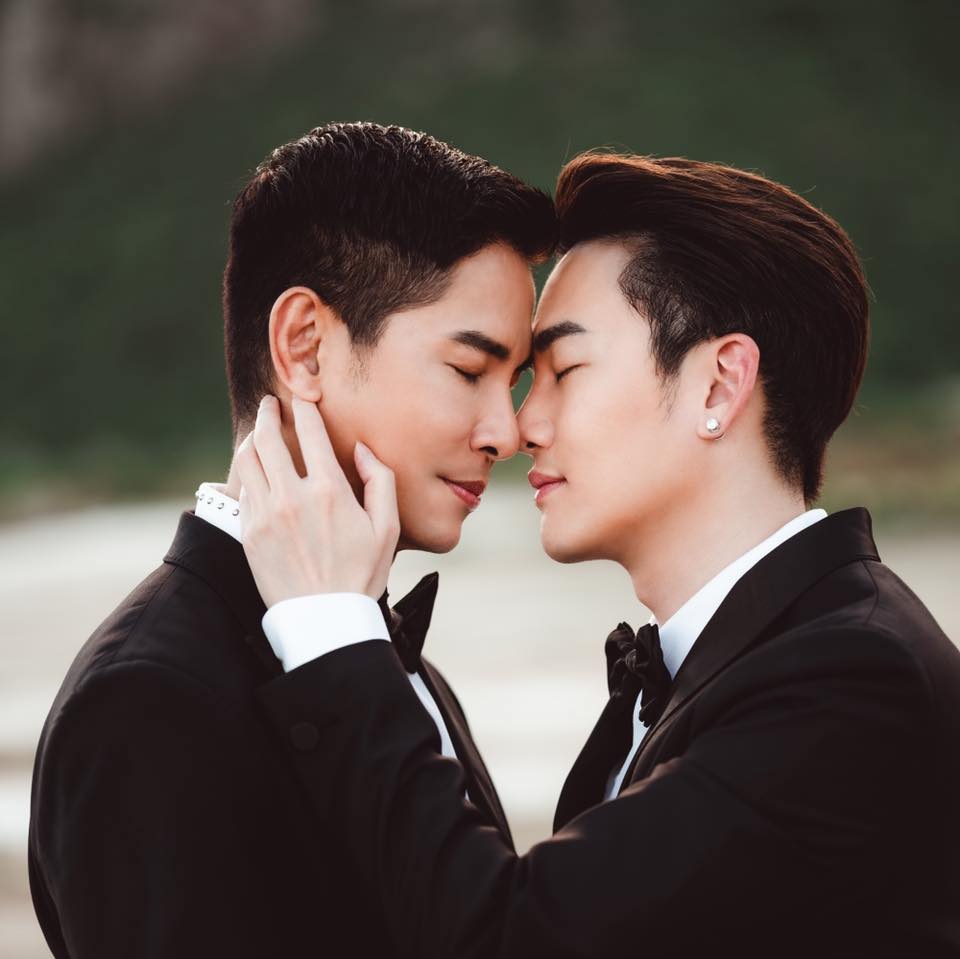 Meet Tom Tan and Oui Sumet Srimuang, a gay couple who decided to get married in Thailand on their 20th year together.

When I first received the invitation to their wedding earlier in the year, I RSVP-ed immediately. After all, it was my very first gay wedding invitation. The opportunity to bear witness to a same-sex wedding in Asia was an opportunity that I couldn’t possibly pass up.

Unlike the Singaporean-Chinese weddings that I was accustomed to where everything is held on the same day, it was common practice for Thai couples to hold the traditional solemnisation ceremony and the wedding banquet on different days. In Tom and Oui’s case, the traditional Thai solemnisation ceremony was held on 2 September while the wedding banquet was scheduled 20 days later.

I must confess, the day didn’t quite start out on the best note.

Required to be in attendance by 6.40am, I was an exhausted mess when I first arrived at the hotel. But when I was unexpectedly whisked off into a boat to be ferried to the actual location of the ceremony, the neat surprise woke me up.

The ceremony kicked off with the Khan Maak ritual, where Oui had to pass through 9 ‘doors’ guarded by Tom’s bridesmen. At each ‘door’, Oui and his groomsmen had to answer tricky questions or perform challenging tasks, much to the amusement of the guests! 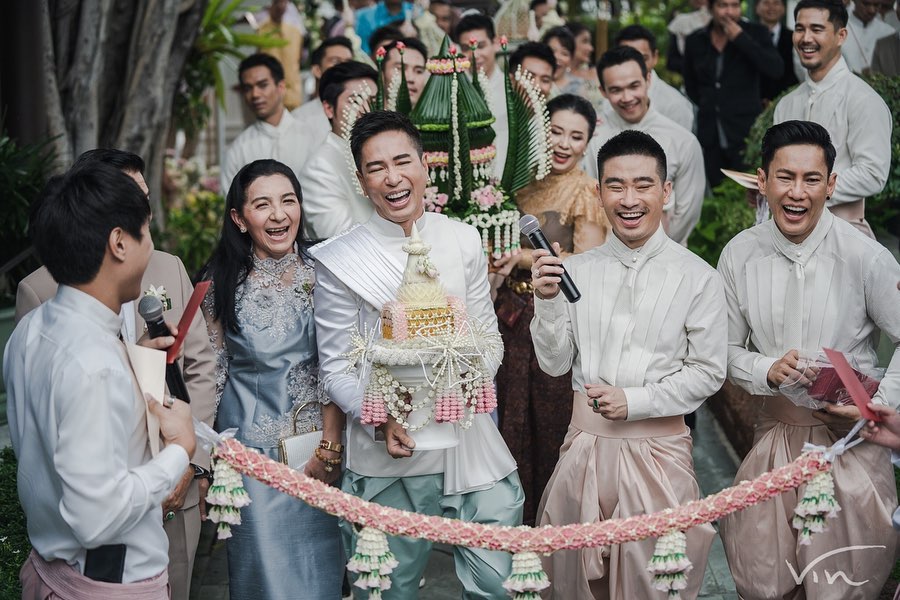 After Oui had successfully ‘unlocked’ the 9 ‘doors’, he fetches Tom and the couple make their way to the main wedding hall where the rest of the guests are already seated.

After the parents inspect the dowry and offer their blessings, the couple exchange their rings.

As per Thai wedding customs, the next ritual that followed was the Praying ceremony.

The couple welcome monks by offering food and prayers to them. The Praying ceremony is then concluded when the couple board the boat to release fishes into the Chao Phraya river. 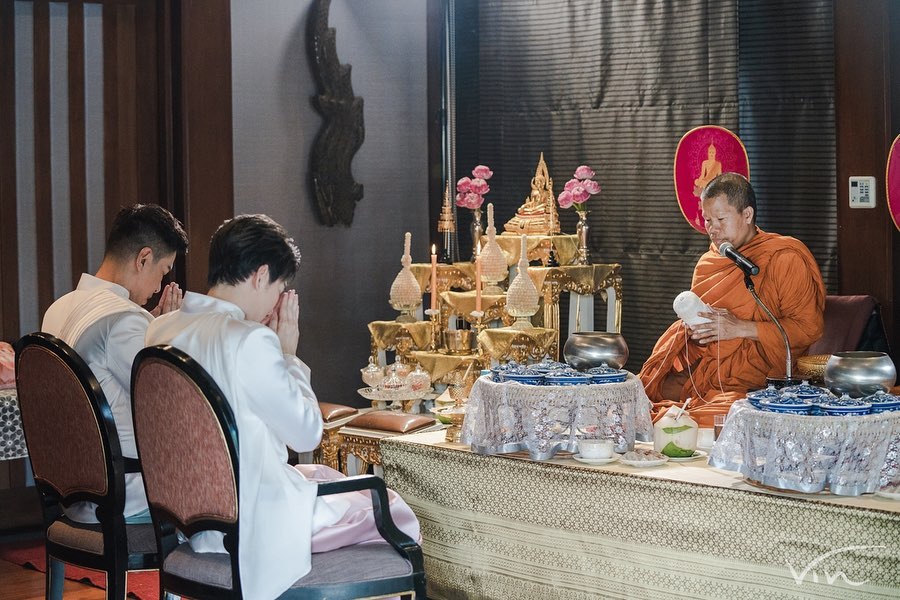 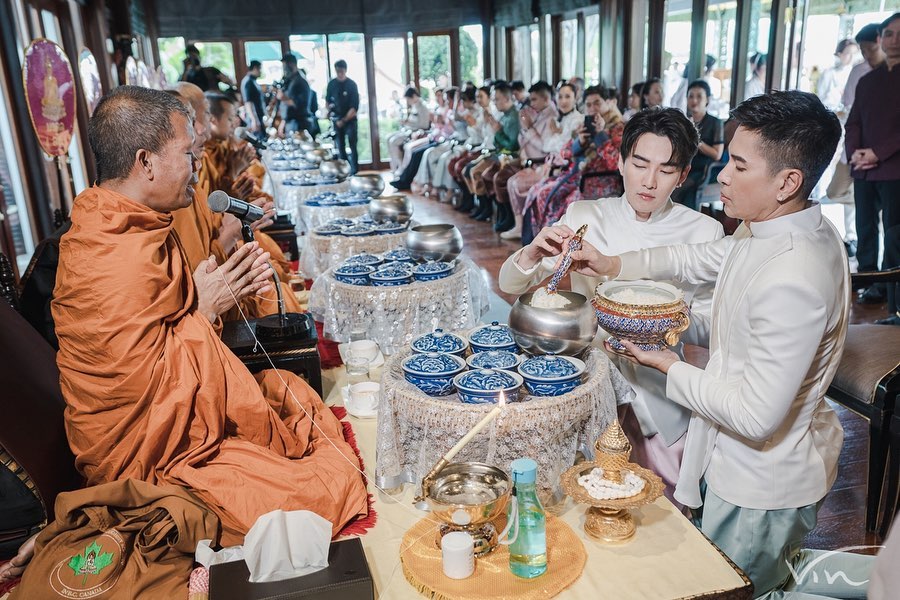 The final ceremony of the day, the Pouring of Holy Water Ceremony, is a ritual whereby all the wedding guests offer their blessings to the couple by pouring Holy Water over their hands. As per Thai culture, the monks are the first to pour the holy water followed by the couple’s elders and eventually, everyone else.

This is also the part of the solemnisation that broke the couple down emotionally, in a good way of course. 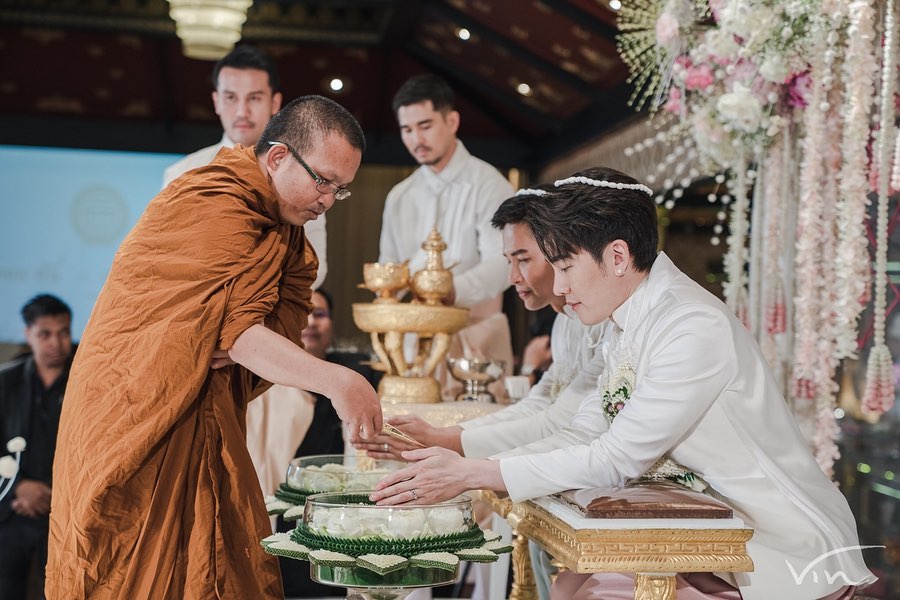 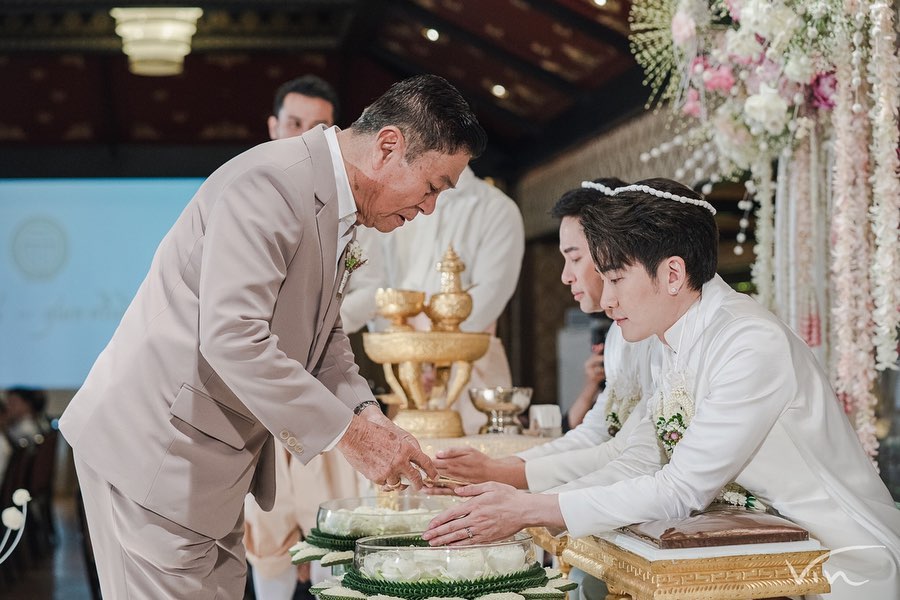 All Same-Sex Couples Want Is Acceptance

It has been almost a month since I attended Tom and Oui’s wedding. But the experience remains fresh in my mind.

I might not have understood a lot as the ceremony was conducted mostly in Thai. But words weren’t needed when I bore witness to sights that I never thought I would see so soon.

I saw an Asian family truly happy and proud that their sons were marrying one another. 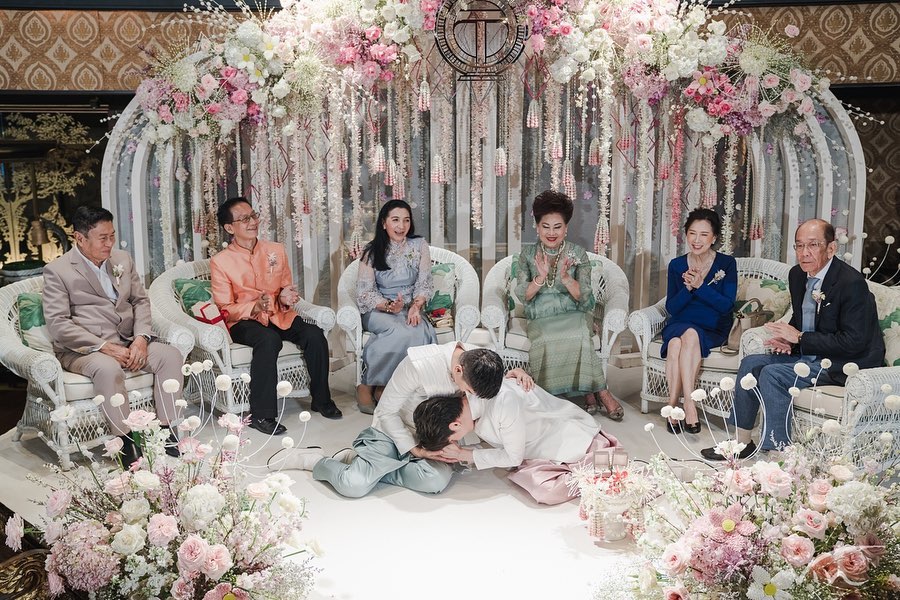 I saw gay guests proudly attending an Asian wedding with their partners in tow, not pretending that their plus one was their ‘best friend’. 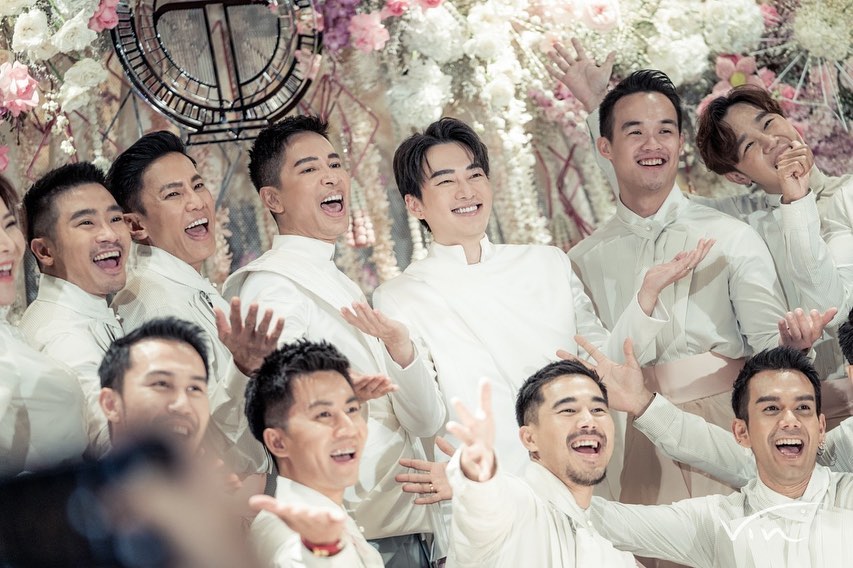 But most significantly, I saw a couple who have been together for two decades, finally get the dream wedding that they so thoroughly deserve.

The union of Tom and Oui may not be recognised legally in Thailand. But seeing a couple together for 20 years cry so much tears of happiness during their wedding speaks volumes about just how much same-sex couples crave acceptance from their loved ones.

For many LGBTQ+ folks in Asia, receiving familial support continues to be a widespread struggle. When something as simple as acceptance is so hard to come by, a wedding is all but a distant fantasy for many.

I hope this article inspires you to believe that perhaps one day, marrying your partner with the support of your loved ones won’t seem like such a distant fantasy anymore.

As Tom himself puts it:

I hope our story and our wedding have touched, inspired or made you believe in love again. 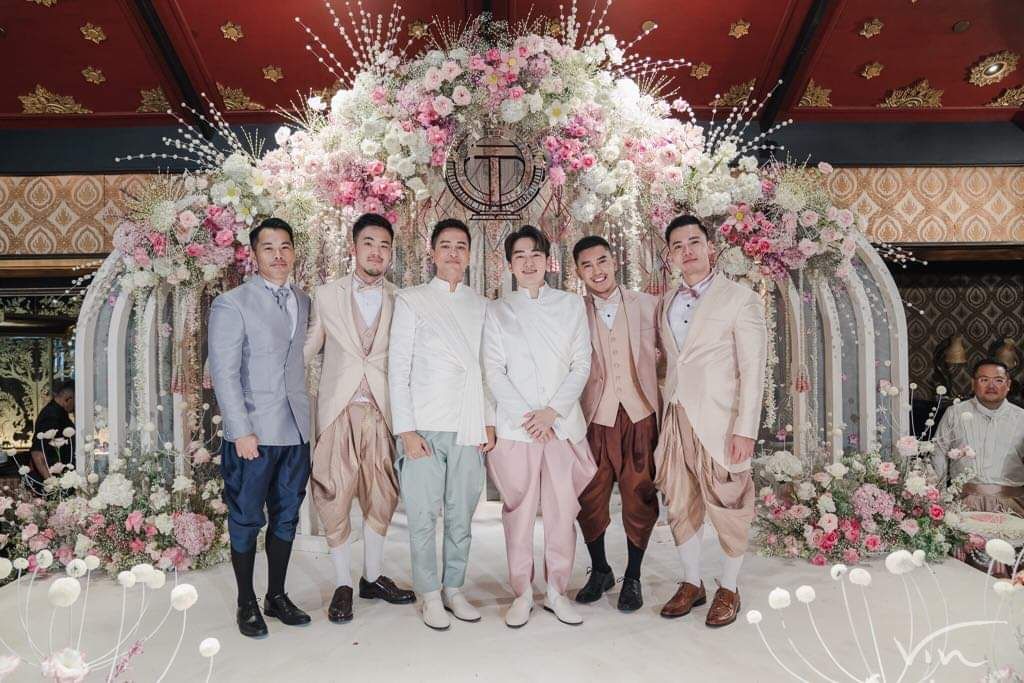 Once again, I would like to thank Tom and Oui for allowing me to cover their wedding.

If you would like to keep up to date with how the newlyweds are doing, you can connect with Tom (tom_888) and Oui (oui_9999) on Instagram.