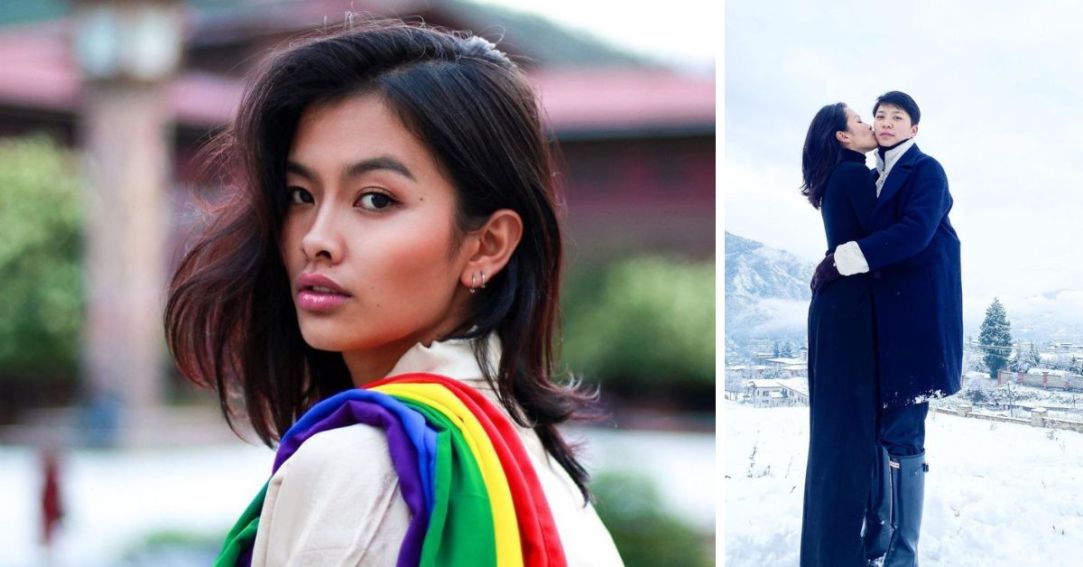 Tashi Choden Chombal, who was recently crowned Miss Bhutan 2022, speaks up to advocate for the LGBT+ community.

The newly crowned beauty queen made history as the Himalayan country’s first openly queer beauty queen. She is set to represent Bhutan at the Miss Universe pageant, and she is not afraid of using her newfound fame to speak up for the LGBTQ+ community.

While consensual gay sex was finally legalised in Bhutan in February 2021, there are very few ‘out’ LGBT+ figures in Bhutan. In fact, some media reports posit Tashi as Bhutan’s first openly LGBT+ public figure.

Despite the risk, Tashi decided to come out publicly on International Pride Day just last month. While she received some backlash, reception to her coming out has been mostly positive.

Not afraid to use her newfound fame to advocate for the LGBT+ community, Tashi’s Instagram is peppered with posts advocating for equality and inclusion. She even has a post dedicated to her partner, Nyima S Dorji.

As reported by Bangkok Post, Tashi Choden Chombal hopes to become a voice for the LGBT+ community.

For a community that has been marginalised for so long, visibility and representation is so important. Kudos to Tashi for daring to be a voice for Bhutan’s LGBTQ+ community.

Support Dear Straight People and our mission in telling stories that broaden hearts and open minds by joining us on Patreon and get rewarded with perks ranging from exclusive content to merchandise!