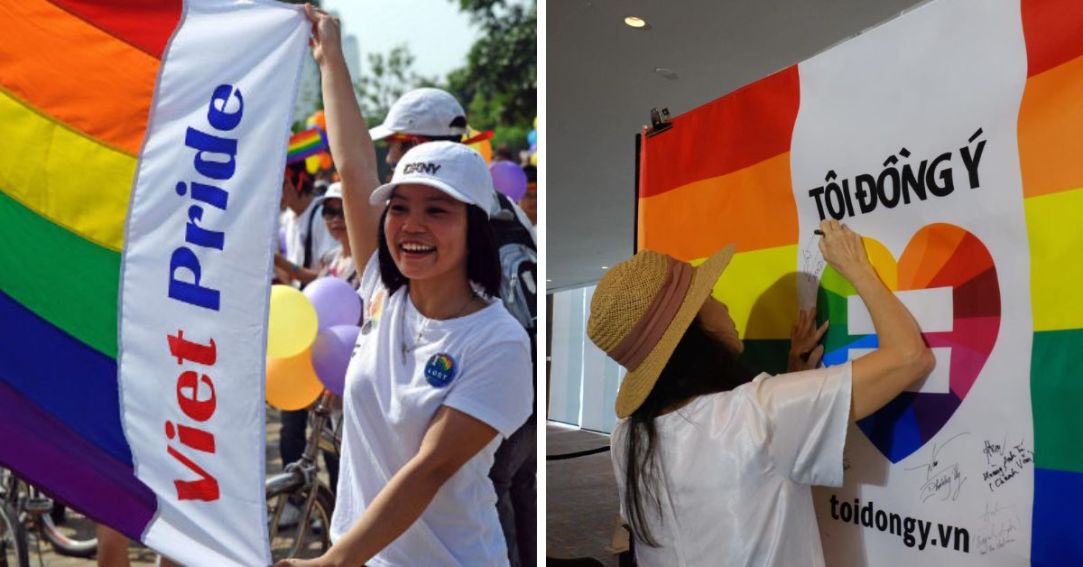 Vietnam Relaunches Campaign To Legalise Same-Sex Marriage After A Decade

Vietnam has relaunched a campaign called Toi Dong Y (I Do) to garner public support for same-sex marriage in Vietnam.

In Vietnam, same-sex marriage is now neither banned nor recognised.

After almost a decade since the landmark victory, the Institute for Studies of Society, Economy, and Environment (iSEE) is partnering with LGBT+ rights group ICS Center to re-launch the campaign for same-sex marriage in Vietnam.

The campaign is called Toi Dong Y (I Do), and it will boast a series of activities from August to September with the objective of garnering public support for same-sex marriage in Vietnam. The campaign will also seek to collect 250,000 signatures to support same-sex marriage.

Here’s hoping that they achieve their goal!