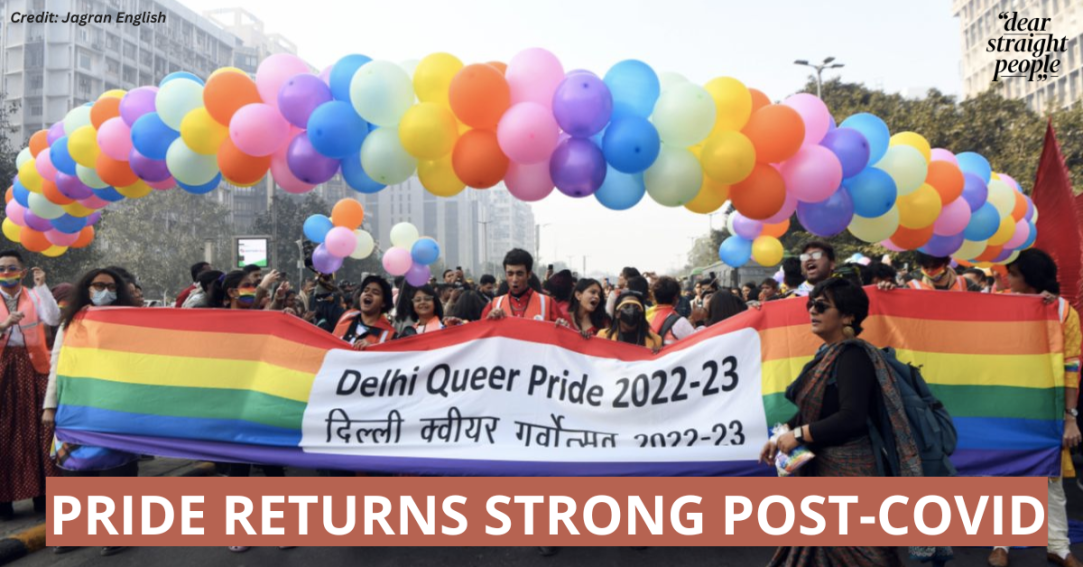 The Delhi Pride Parade attracted over 2,000 marchers, as India inches towards legalisation of same-sex marriage.

In India, a beacon of hope looms on the horizon for the LGBTQ+ community.

Prime Minister Modi’s federal government is expected to file a definitive response  on the question of legitimising same-sex marriage by 15 February. In addition, the petitions from LGBTQ+ couples and activists alike will be heard during a legislative hearing in March.

On 8 January 2023, the Delhi Queer Pride March made a massive comeback after a three year COVID-induced hiatus. Over 2,000 people marched through the streets of New Delhi to advocate for LGBTQ+ marital rights. Weathering through the vicious winter chill, the procession began from Barakhamba Road at 2pm and ended at the Jantar Mantar Area near India’s Parliament.

“My boyfriend is in the Delhi Police. He is not out yet. But he’s posted here today and I want him to see how many people are here to support people like us.”

This excitement was echoed by 27-year-old Anu, who identifies as bisexual. “Pride in Delhi is always something to look forward to. Being part of the community is a lot of fun, especially when it is happening after three years. I am glad to be part of this atmosphere after so long.”

In 2008, the first New Delhi Pride parade was only a few hundred strong. Fast forward to 2023 and the march saw an impressive turnout of over 2,000 people.

Firmly backing the four same-sex couples who filed petitions to the Supreme Court are former attorney general Mukul Rohatgi and openly gay lawyer Saurabh Kirpal, who told This Week in Asia that the petition would be a momentous step towards championing LGBT rights in India.

“Ultimately, the hope is that this precedent, if it does come, will lay (the) groundwork for further moves to secure legal and practical equality. Discrimination will not end with the recognition of same-sex marriage, and it will be a continued battle to secure all other legal rights.”

While the road to legitimising same-sex marriage will indeed not be easy, this last week has proved one thing about the Pride movement in India—so long as their passion endures, the battle continues. And they will certainly fight to see it through to the end.