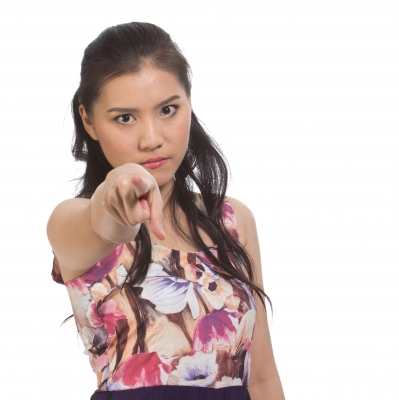 If you refer to me as your Gay Friend one more time, I am going to unfriend your straight ass on Facebook. While I’m not offended by being labelled as gay since that is inherently who I am, it is frustrating for me and most other gay people to constantly be defined by only our sexuality.

You see, before I came out of the closet, I was merely someone’s friend, colleague or relative. I was always referred to by the name my mother gave me or whatever nicknames people managed to cook up for me.

After I came out of the closet however, my face was literally stuck in this expression all the time

If you’re wondering why, it’s because my sexual identity took precedence the minute I came out of the closet. Suddenly I was always referred to as someone’s gay friend, gay colleague or gay relative. People started to see me in a different light, one that was defined by the same-sex attractions that I experienced.

And that really got to me.

Now, just to make it clear, I don’t see the gay label as a derogatory term. I am a gay man and I am happy to acknowledge my attraction to members of the same sex when the situation calls for it. I don’t see anything wrong with being labelled as gay since that is essentially who I am.

However, being gay is not all that I am. There are other aspects of my identity that are being pushed aside when you straight people choose to refer to me first and foremost, by my sexual identity. You see, while you may deem the gay label as an innocuous term, choosing to always call me gay does indeed change the dynamics of our relationship and your perception of me.

Suddenly, being gay is all that I am. All you straight people ever want to talk to me about is gay rights, gay culture and gay men. Your expectations of me change drastically and suddenly; I am expected to adhere to the gay stereotype by behaving and speaking in a certain way. Straight men feel weird when I address them as ‘bros’ because that is something only another straight man would do. Straight women feel overly comfortable in my presence and think that talking about their periods or holding my hand is fine since I am now seen as their ‘gurlfriend’.

The thing is however; I am not just a gay man!

I am a three-dimensional human being whose overall identity also includes my race, personality, religion, intellect, occupation etc. I don’t spend all of my free time checking out guys or contemplating about gay rights.

Although my sexual identity is a large part of who I am, it is not the most important aspect of my identity. Just like you, I am too complex to be defined by a single aspect of my overall identity. To be reduced to a caricature is both offensive and frustrating!

Stop Asking Me Whether I Am A Top Or Bottom