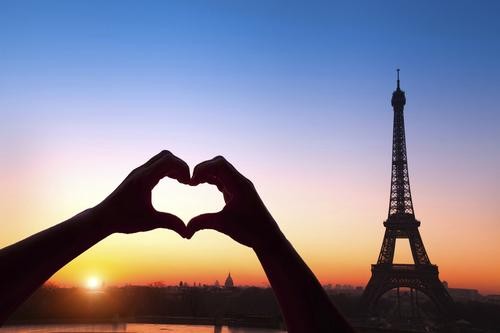 If You Are A Cynic Over The #PrayForParis Movement, Then You Should Read This!

Just like the rest of you, I too have been caught up in the social media storm that has erupted in the aftermath of the horrific Paris terror attacks that occurred on the 13th of November. So I’m going to take a break from writing about LGBT related issues for once and instead, offer my two cents worth with regards to the Paris terror attacks.

The outpouring of love and sympathy from netizens from all across the world has been incredibly heartening to say the least. While the usefulness of the #PrayForParis online movement remains debatable, the show of online solidarity is still nevertheless, a marked improvement over well… not showing any emotion at all. But amidst the flood of online affection, there is a growing sentiment among some that the show of online love and support is erm… bad.

In true hipster fashion, these cynics have grown disillusioned with the outpouring of virtual love and support which accompanies the wake of every tragedy that happens and are instead, opting for a less mainstream opinion. Some common accusations being made against the show of online solidarity by these cynical hipsters include:

Anyone showing online sympathy is just trying to gain attention!

People are too selective with their sympathy! Why isn’t anyone concerned with all the conflicts in the Middle East?

The only way the above accusations would make any ounce of sense is if we were living in an ideal world. Unfortunately honey, we aren’t. Idealism may be important, but it must be grounded in a realistic understanding of human nature and social conventions.

The reason why the Paris terror attacks attracted so much media attention in the first place was because it was a one-off event. On the other hand, the conflicts in the Middle East barely get any media coverage because they have been occurring for so long that people have grown desensitised to them. To expect people to be concerned about every single tragedy that happens around the world is just plain unrealistic. The more frequent a tragic event occurs, the more desensitised people become to it. While not exactly ideal, human nature is simply like that and there is nothing much we can do about it. So if the media chooses to sensationalise the Paris terror attacks but turns a blind eye to all the other conflicts happening around the world, can we really blame them? Even if the media chooses to devote the same amount of attention to all of the other conflicts, the reality is that most people, even the cynical hipsters, wouldn’t pay much attention to it.

Then there is the argument that the use of hashtags and Facebook filters is nothing more than a form of slacktivism. Again, the use of such logic points to one being slightly out of touch with reality. In the aftermath of such a horrific event that occurred halfway across the world, what can people do apart from show online support and spread anti-racist messages? The ironic thing here is that the cynical hipsters accusing others of not lifting a finger to help aren’t doing anything useful themselves either. And yet, most of them speak out condescendingly from some delusional moral high ground when the reality is that they are engaging in the very same form of slacktivism that they themselves have so heavily condemned in the first place…

But to be fair, the cynical hipsters do make some valid points. Obviously there are some people who are just merely jumping on the bandwagon of being ‘sympathetic’ because that seems like the most appropriate thing to do during this period of time. Yes, some of the ‘sympathisers’ are merely using the tragedy as an excuse to post up a throwback photo of themselves in front of the Eiffel Tower.

So really, if you can’t sympathise with what’s going on in the world right now, the best thing to do is to keep your negative and insensitive comments to yourself.

Why Travelling Is Over-Rated