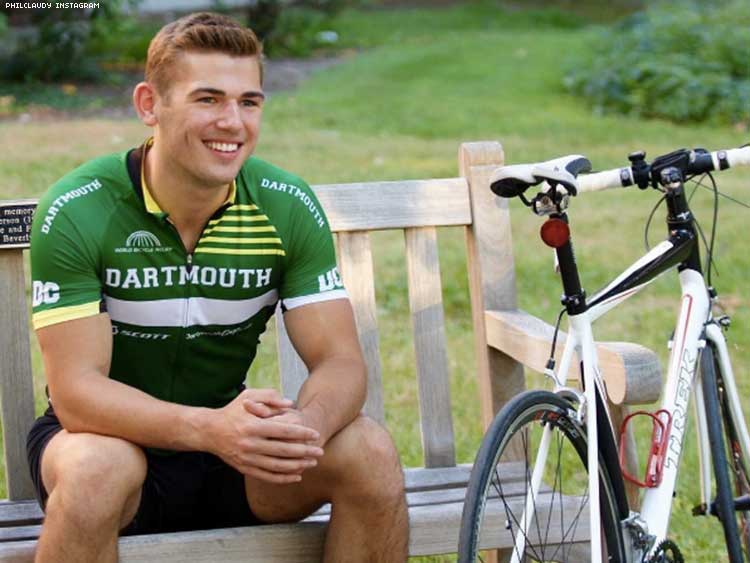 An LGBT advocate based in New Hampshire, Phil Claudy has been making headlines for all the right reasons. His mission to raise funds for victims of the Orlando tragedy has attracted widespread media attention. And his fundraising campaign has already surpassed his original goal of USD $2,500.

Beneath his captivating dimpled smile however, few would have guessed that this striking young man used to suffer from depression as a result of struggling to cope with his sexuality.

Growing up, I learned to associate my sexuality with inferiority and shame.

During my freshman year of college, I fell into a debilitating and life-threatening depression as I struggled to come to terms with my sexuality.

Unexpectedly, it was his love for running that lifted him up from the pits of depression. Completing his first marathon gave him the sense of control that he needed to reclaim his life. And it wasn’t long before he decided to use his passion for a good cause.

He completed the Philadelphia Marathon to raise funds for The Trevor Project – an organisation providing crisis intervention and suicide prevention services’ to LGBT youths.

And on 25th September of this year, he took part in the Chattanooga Ironman triathlon to garner support for OneOrlando – an ‘organisation committed to helping the victims and community of Orlando rebuild after the recent tragedy.’

The Orlando shooting served as an important reminder for me to continue living fully as who I am – to keep embracing myself and pushing for progress.

It made urgent the need for support. It motivated me to take action.

Although Phil has already completed the Chattanooga Ironman triathlon, his fundraising campaign is still running.

I hope that, with the efforts of OneOrlando, the LGBT community will not just recover, but be strengthened by the support and continue pushing towards equality.
Help spread the word!

If you would like to help Phil out with his campaign, head on over to his GoFundMe page to show your support!

1 comments on “Meet Phil Claudy: The Gay Athlete Raising Money For Victims Of The Orlando Shooting”