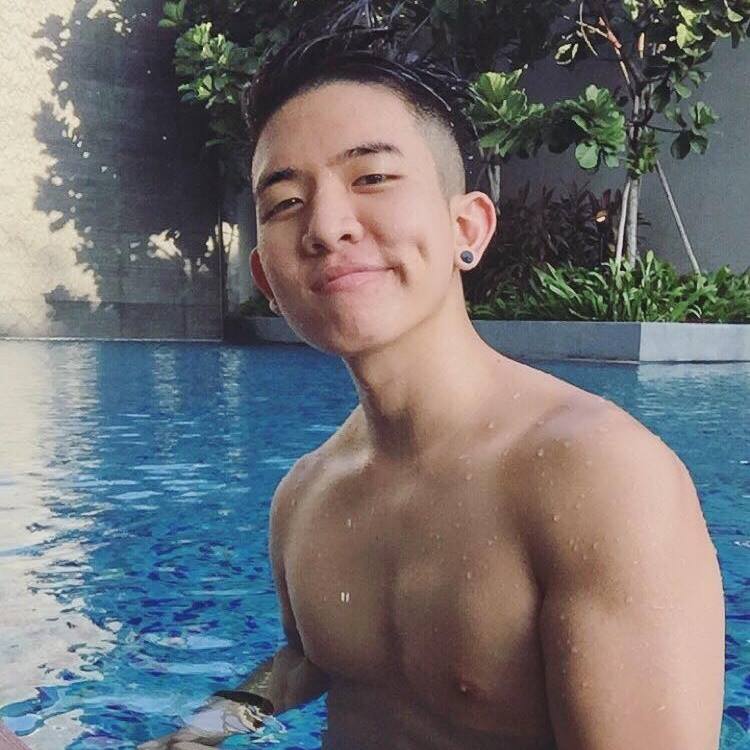 Out Of The Closet: Jerome Alexander Chan Shares His Story

By Dear Straight People in Coming Out, Dear People, Gay, Gayspiration, Out Of The Closet, Viral on October 31, 2016November 2, 2020
No comments

On the surface, Jerome Alexander Chan is a very easy figure to hate on. With his boyish good looks and army of almost 20,000 Instagram followers, Jerome appears to be your typically vapid influencer who has never had to endure any hardships in life. But anyone who has ever made that assumption has obviously never met Jerome in real life.

Humble and affable in person, Jerome is the very definition of a people person. He’s easy to talk to, genuine in his interactions and seems like the kind of guy who was popular in school. So it came as a bit of a shock that Jerome used to be bullied in school!

I was called gay, sissy, bapok when I was younger. There were a few times when I told myself to stop being so girly.

Jerome’s troubles started when his dad passed away when he was just 10-years old.

Growing up, Jerome led a relatively comfortable life. But when Jerome’s father passed away in 2000 after suffering a stroke, his entire life was turned upside down. Apart from the trauma of losing a father, his family soon found themselves plunged into financial chaos.

When my dad passed away, we had no insurance. My mum had to go back into the workforce and during the first year, she had to give out newspapers.

It was really tough seeing my mum go through so much just to support my 2 sisters and me. 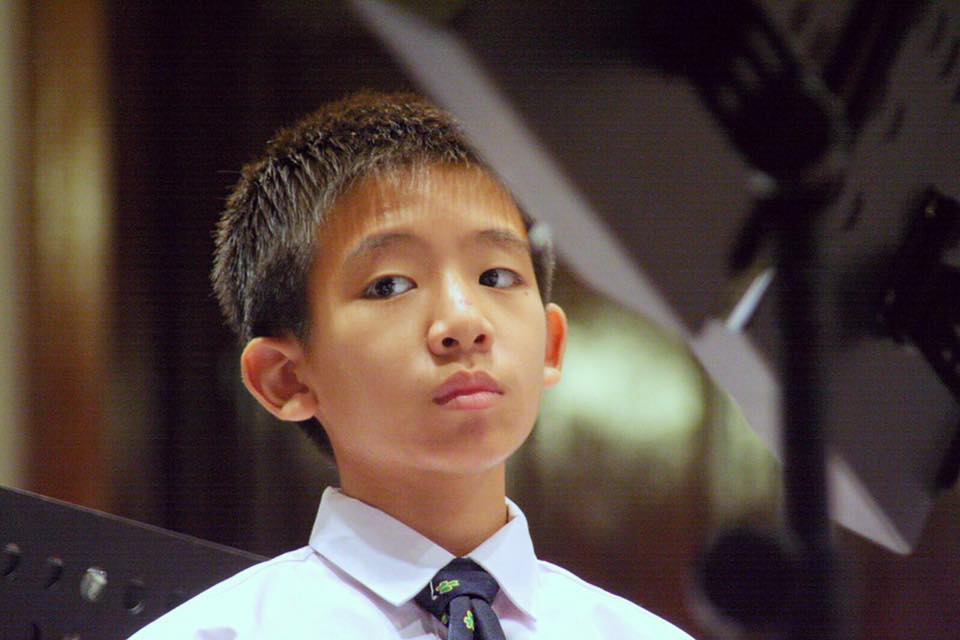 To make matters worse, his classmates started calling him a bastard.

Understandably upset with the unwarranted name-calling, Jerome would often cry in school. His tears only served to escalate the bullying and soon, ‘gay‘, ‘sissy‘ and ‘bapok‘ were added to the arsenal of words used against him.

My whole family, excluding me, were all girls so maybe that was why I was influenced to become a little feminine when I was younger. There were a few occasions when I slapped my hand to stop myself from bending my wrist so much.

I flunked many of my exams as I had no motivation and drive to do well.

But the abuse that he endured wasn’t just verbal. He was also pinched by his bullies and was even forced to participate in schoolyard fights!

This bully in school would force me to stay back in school after lessons to fight with other students because he wanted other people to beat me. I didn’t dare to refuse because I was timid. 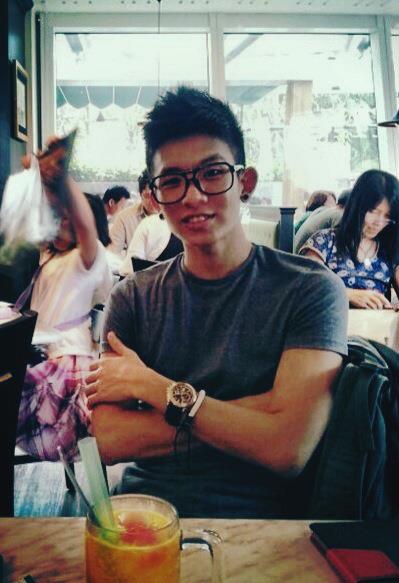 I didn’t really have much friends in school. I only had one best friend and most of my friends then were from other classes.

I would try to play soccer with the straight acting guys but I couldn’t blend in with them. So most of my male friends then were quite girly.

But it was also during this time that his curiosity in the same sex started. At the age of 14, he caught the attention of a senior who would later go on to become his first boyfriend.

I got really interested because not once had a guy ever asked me out and drop me good night texts etc. 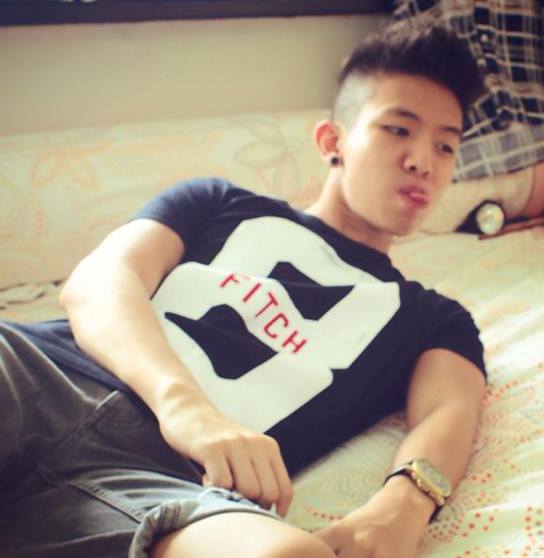 While that relationship with his senior only lasted one year, it prompted him to start exploring the gay scene. Jerome made his first foray into a gay club when he was just 15-years old.

The first time I ever went to a gay club, there was a police raid there but thankfully they didn’t catch me.

Needless to say, there was a lot of drama during the years that Jerome was active in the gay scene. While nobody ever dared to say nasty things to his face, he did have to endure a lot of gossiping behind his back from people who didn’t really know him that well.

I wouldn’t say that I was an angel then but one thing about me is that I dislike talking shit about people. But when I did hear about other people talking bad about me, it did affect me mentally.

There was this instance, I used to date someone who was twice my age, people called him my sugar daddy. While he did pay for my meals sometimes, I never meant for it to become transactional.

What we had was genuine. 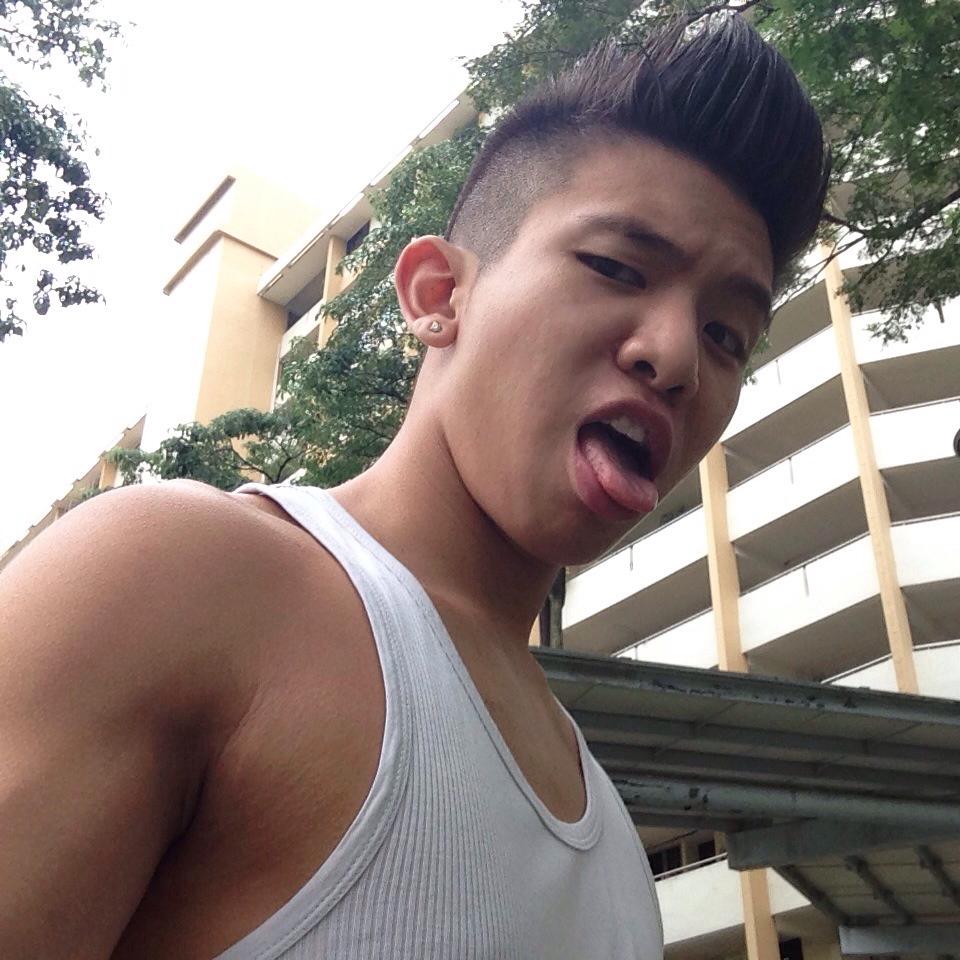 Jerome has since long left those hard partying days behind, and now spends most of his free time with his family and a handful of close friends.

I no longer hang out in large groups because cliques usually have a lot of drama. Now I rather stay home with my family. I do have a few close friends and a partner who means the world to me.

After my dad’s passing, my family became so close that we tell each other almost everything.

A self-confessed mummy’s boy, the love that he has for his mum is highly evident from the way he talks about her. When asked him to summarise his mum in one sentence, he described her as a ‘compassionate and simple person who’s a little bit aunty’.

My mum is everything to me. When I buy a new house or whenever I travel, I’ll definitely bring her along.

I recently just graduated from university, with good grades, and I told my mum that my results were dedicated to her. 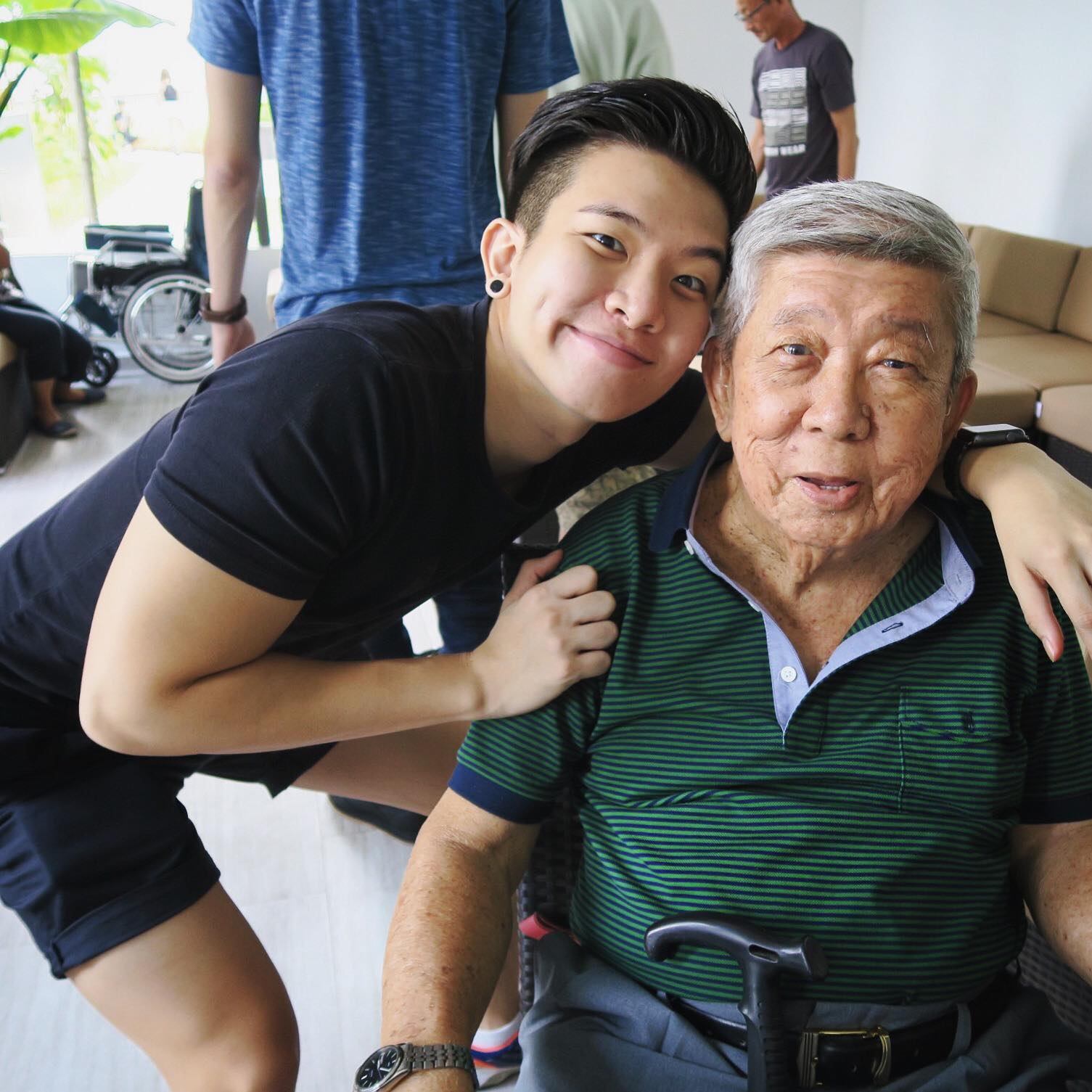 But what’s especially heartwarming about Jerome is the very close bond he shares with his 88-year old grandfather.

In an age where many Singaporean millennials have trouble communicating with their grandparents due to language barriers, Jerome manages to maintain a very strong bond with his grandfather, whom he and his helper currently lives with.

In fact, Jerome just recently brought his grandfather on an overseas trip to Thailand! 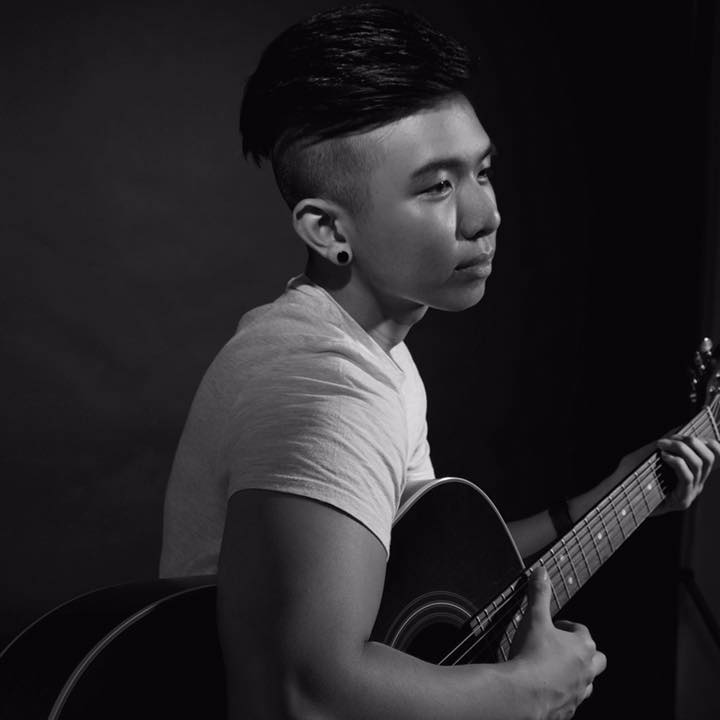 Fresh out of University and currently travelling the world, Jerome aspires to become an internationally renowned marketeer.

A proficient musician who’s adept at both the flute and the guitar, Jerome acquired his online following from the flute playing videos that he used to do in his younger years! 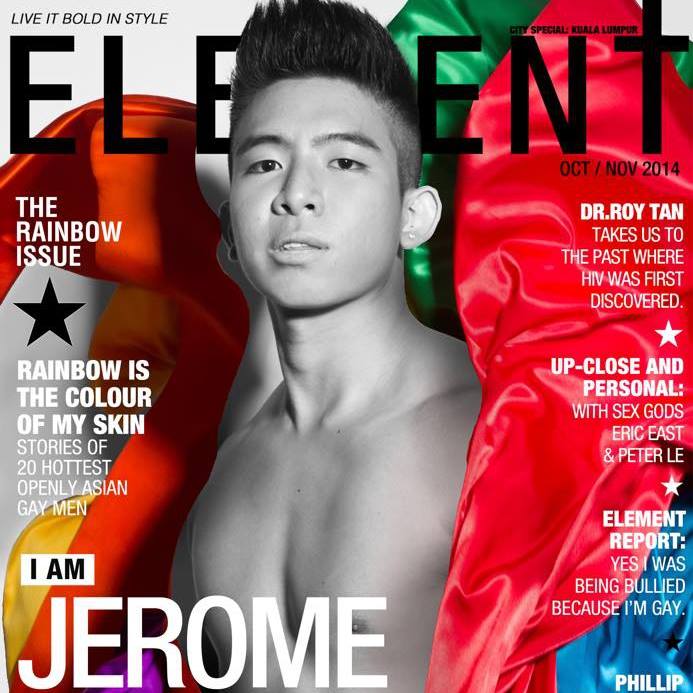 No longer that timid kid who was always pushed around in school, the Jerome of today is infinitely more confident than he was back then. And he’s more than happy to help other victims of bullying overcome their troubles.

The world can be a nasty place but you don’t always have to be a part of this nasty society. 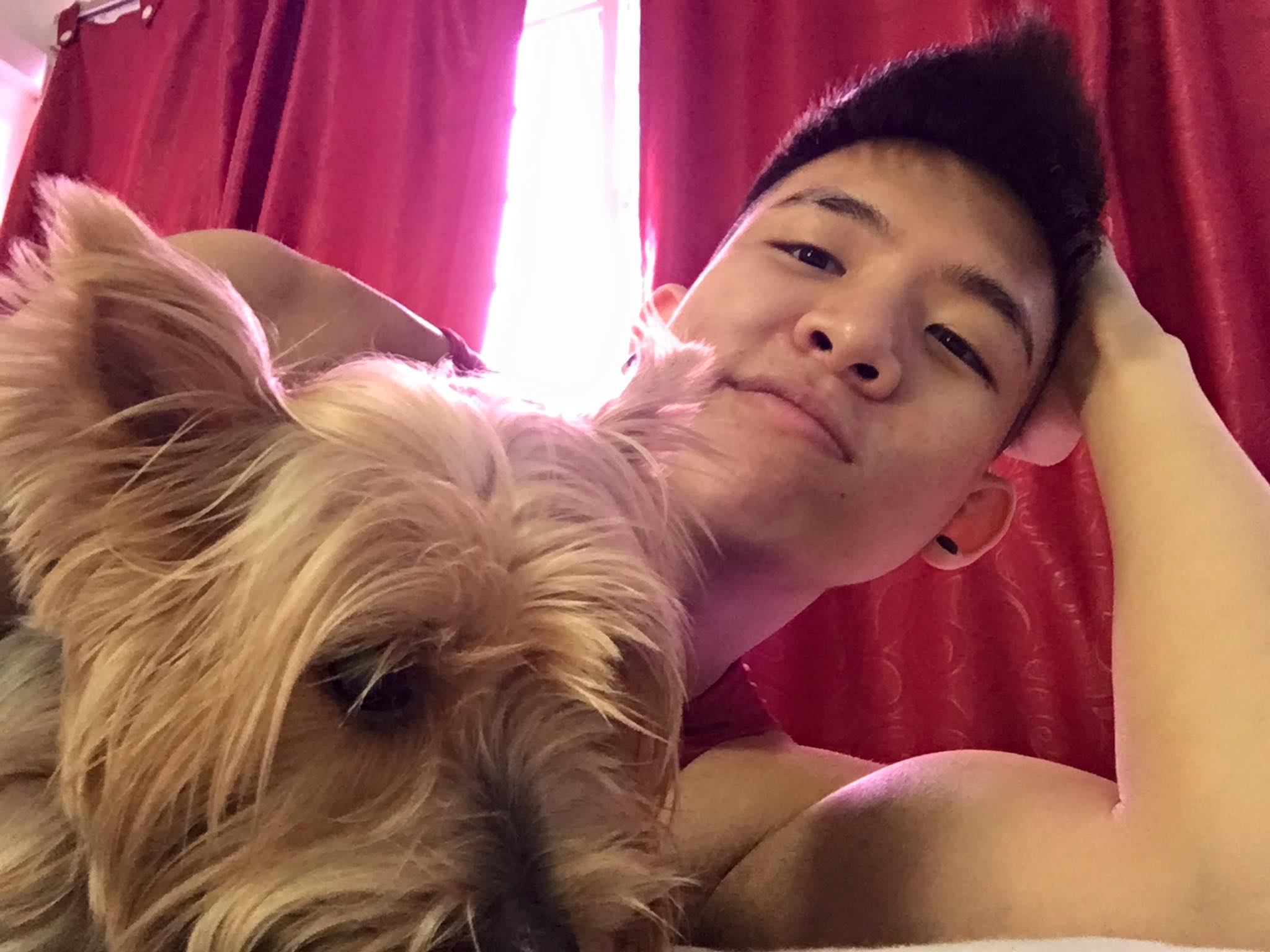 To put it simply, it was pretty smooth.

I was shocked as she was very supportive, gave me a pat on my back and told me not to worry. She just wanted me to be happy.

It was pretty easy coming out to my supportive family. I was really lucky to have a mum and a family that loved me for who I am.

3. What advice do you have for other victims of bullying?

Don’t let what people say affect you. if you need someone to talk to, feel free to send me a message. I will try to reply you.

Be strong, be confident and most importantly, be yourself.

4. What advice do you have for other gay people still hiding in the closet?

Think it through. You need to really think properly before you make a choice.

But always trust yourself, and know that you are not alone. Find and build a strong circle of good friends who you can trust to support you when others can’t.

5. What do you think is the biggest misconception straight people have about the gay community?

I think one of the biggest misconceptions people, in general, have about the gay community is that all gay people live a certain lifestyle – one that is wild and crazy.

I think that that is a hasty generalisation of the gay community. I’ve met many people throughout my life, gay, straight or otherwise, and I can say that a person’s sexuality does not define who they are. It is clearly a person’s values, morals and ethics that define who he/she is.

A good way to work around that misconception is to stop generalising people as a “community”, and start identifying people as individuals.

Once again, Dear Straight People would like to thank Jerome Alexander Chan for sharing his story with us. 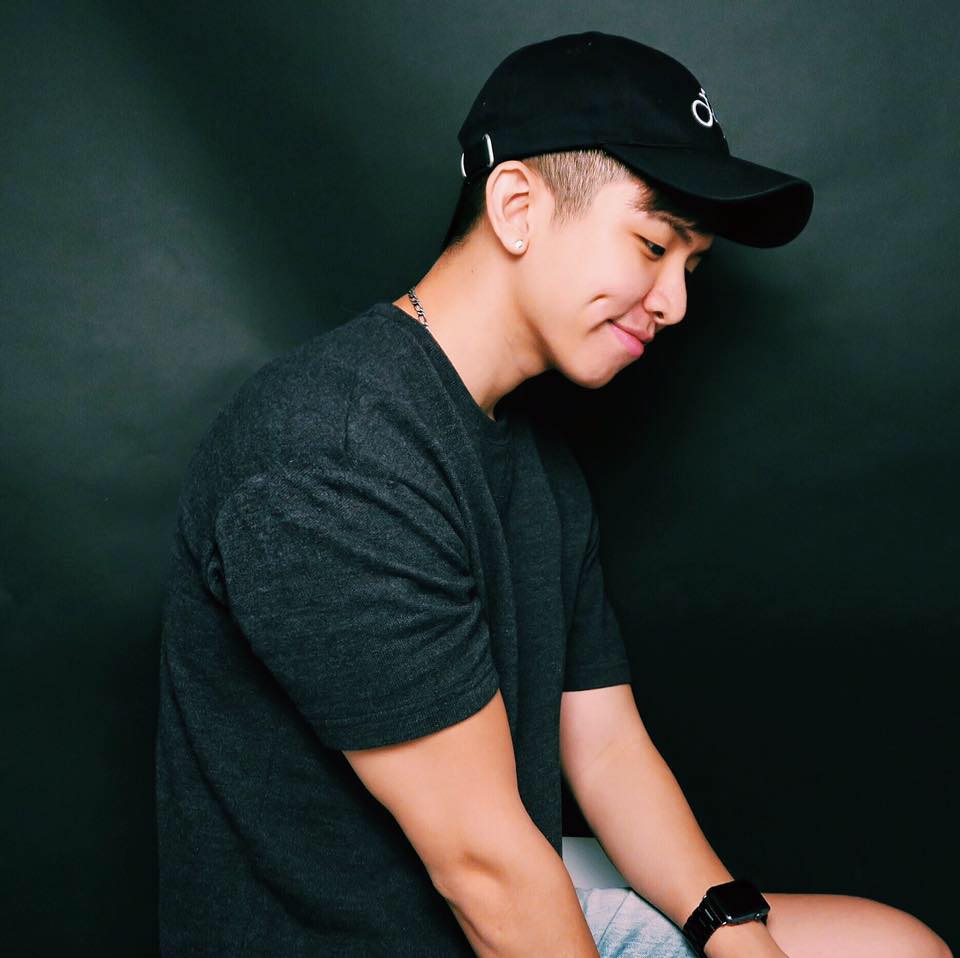