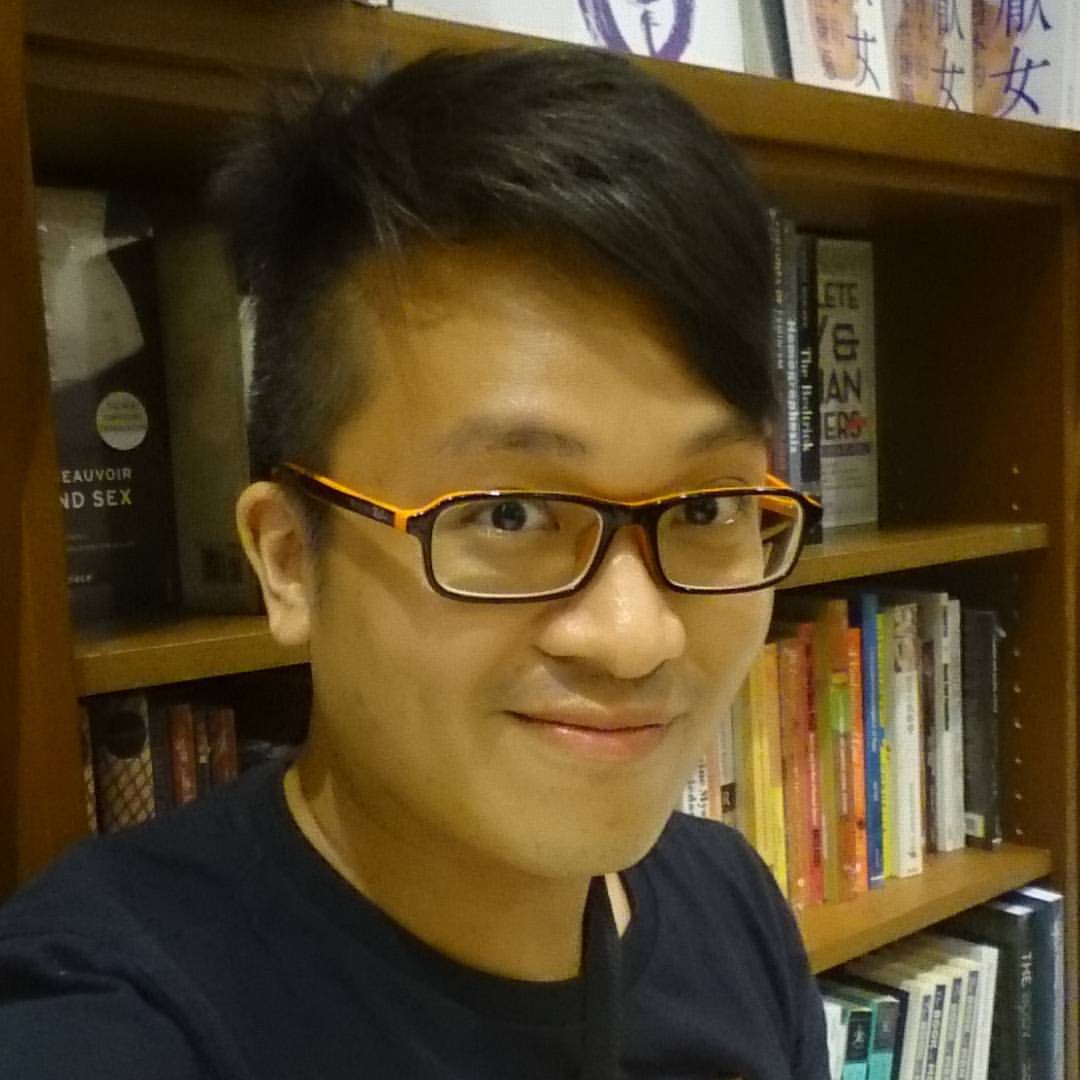 Out Of The Closet: Anthony Leong Shares His Story

By Dear Straight People in Coming Out, Dear People, LGBT Issues, Out Of The Closet on November 16, 2016November 29, 2016
No comments

Meet 26-year old Singaporean Anthony Leong, who has been living with depression for the past 8 years.

It may be 2016. But the stigma surrounding depression is still as prevalent as ever. Not many people would openly admit to living with depression. But Anthony is one of the rare few who isn’t afraid of sharing his story.

I’m living with depression, I’m gay. I know how much it sucks. I know how difficult it is.

A former participant of Oogachaga‘s male support group, Anthony also isn’t afraid of acknowledging the help that he has received from the LGBTQ counselling centre despite the stigma attached to it. And he’s hoping that his story can inspire others who may be in a similar plight that he was once in.

Things are so much better for me now than it was back then.

For the people who are still struggling out there, seek help if you need to. There’s no shame in seeking help. Things do get better. 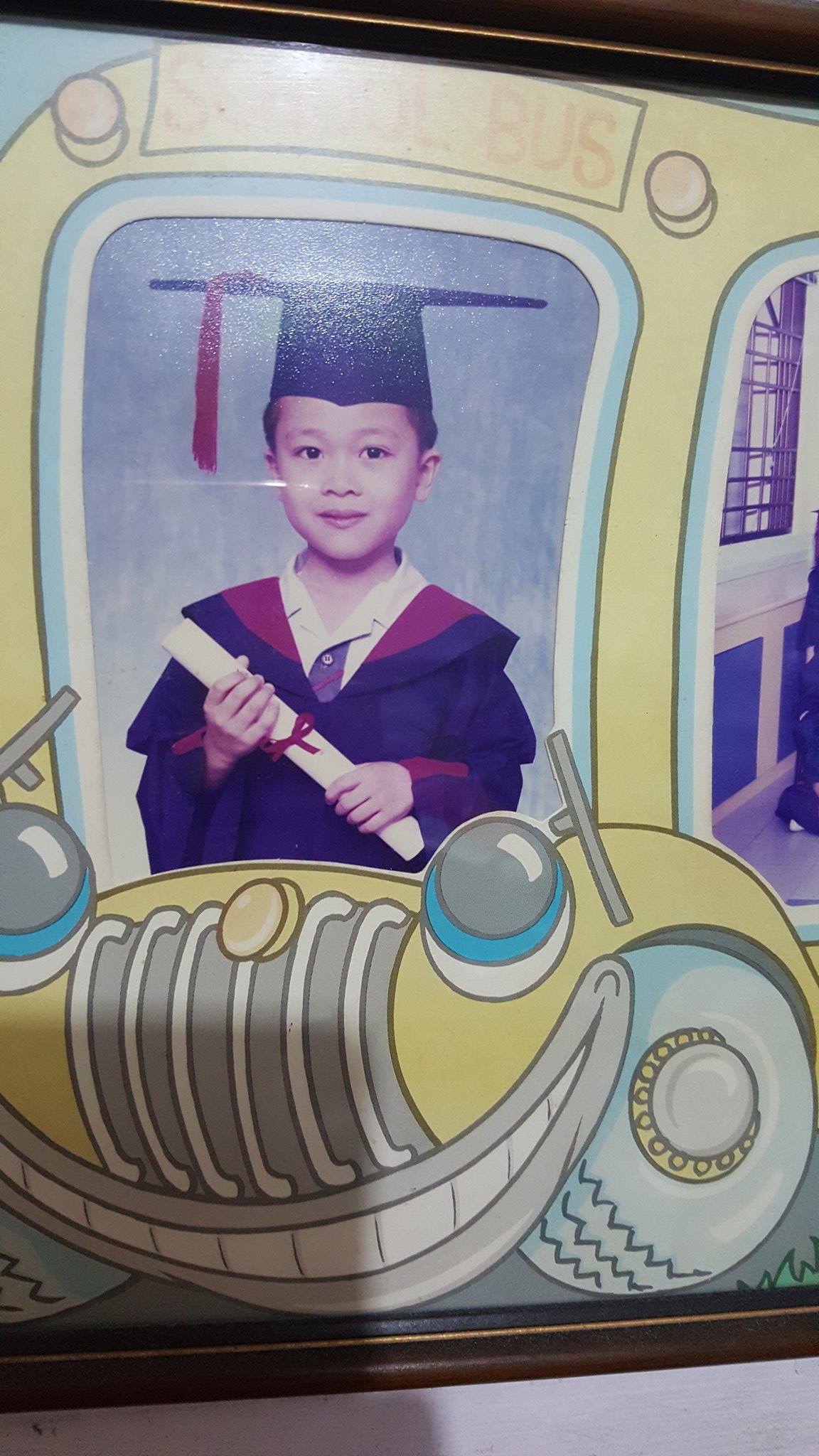 Frequently bullied in school for being effeminate, Anthony didn’t have a lot of friends growing up. Things got worse for him when Anthony started feeling attracted to members of the same sex.

When I realised that I was gay, it became worse.

I read stories about how gay people got kicked out of their homes for being gay, and I was terrified of that. I was afraid that (if) word started to spread, people will start ostracising me and eventually my parents will find out, and I will be kicked out of the house.

With nobody to turn to, the stress eventually got too much for Anthony and he suffered a breakdown at the age of 16.

Just before O levels, I found out that many of my classmates were calling me gay behind my back.

It was horrible. I think that led me to break down in Sec 4. 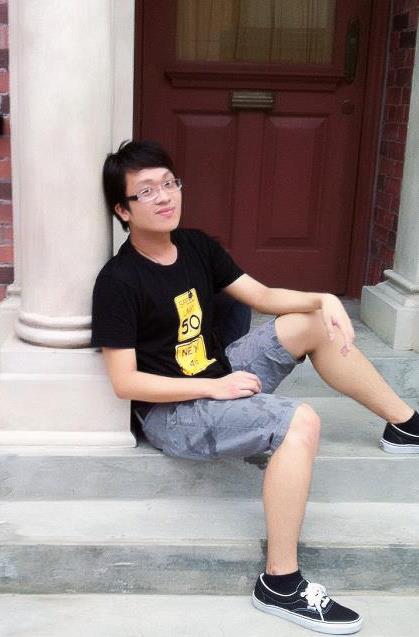 Anthony kept his sexuality to himself for the next few years, and didn’t dare to reveal it to anyone else until he was in Junior College. Thankfully, the two female classmates he chose to come out to were really cool about the whole thing and didn’t react adversely.

I was still so tense even after a while to the point that I had to text them “Are you sure you don’t mind me….?” or “Are you okay with what I said?”

I was so insecure back then.

Coming out to his family however, wasn’t as smooth sailing.

After getting sent home the day after enlisting into the army due to difficulties brought on by his own internalised homophobia, Anthony was pressured into coming out by his parents.

I couldn’t stand the probing and just shouted “Your son doesn’t like girls ok?! He likes guys!”

There was a really awkward and silent five minutes that ensued, my dad cried, my mum teared, and I was just crying so badly. 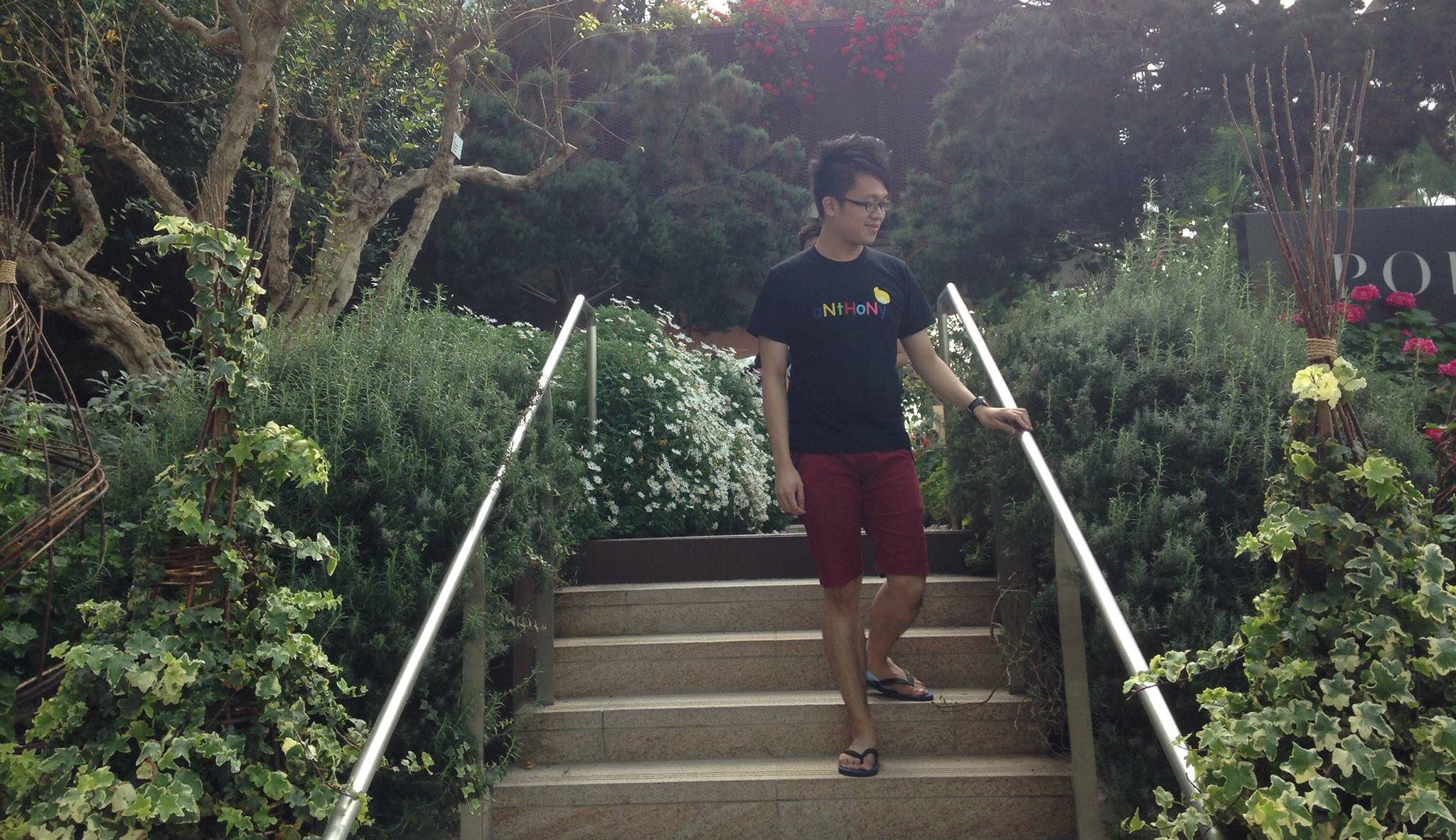 As with most things, time eventually healed everything and Anthony’s parents came to accept his sexuality.

I once joked to my mum “Ma, what if I bring my boyfriend home?” She just said “Bring lor.”

And then I decided to push my luck “What if I want to marry him?” My mum’s response was what showed me that she accepted me to this day, “Must invite me la! I your mother leh!”

That was when I realised my mum had accepted me.

Wanting to help others who might be in the same predicament that he used to be in, Anthony reached out to volunteer at Oogachaga – Singapore’s only LGBTQ+ counselling centre. 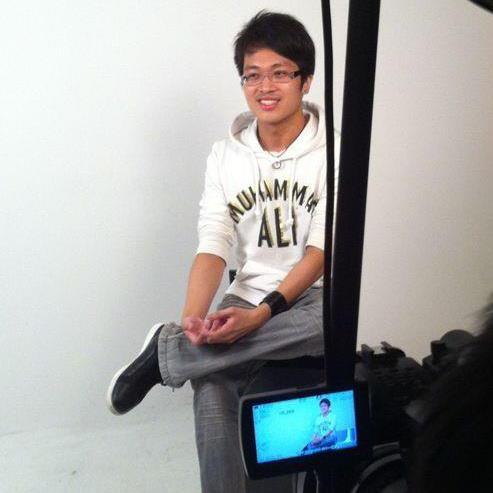 Surprisingly, it was Oogachaga that ended up helping Anthony instead!

As there were no volunteering positions available then, Anthony was encouraged to attend a male support group session that Oogachaga was conducting instead.

As I attended the first session, I realised that I still had some level of difficulty coming to terms with my sexuality after years of internalised homophobia.

One of the greatest challenges that Anthony was facing was with regards to romantic relationships.

Adamant about remaining a virgin until he got into a steady relationship, Anthony’s lack of luck in the dating department made him feel like a ‘loser’ for being a virgin. But attending the support group sessions allowed Anthony to see past his own misconceptions.

The support group helped me realise that it’s okay to remain a virgin and there’s nothing wrong with me even if I can’t find a boyfriend.

There’s basically no “due-by” date in which you must do a certain thing as a gay man. You can do whatever you want, as long as you are comfortable with it. 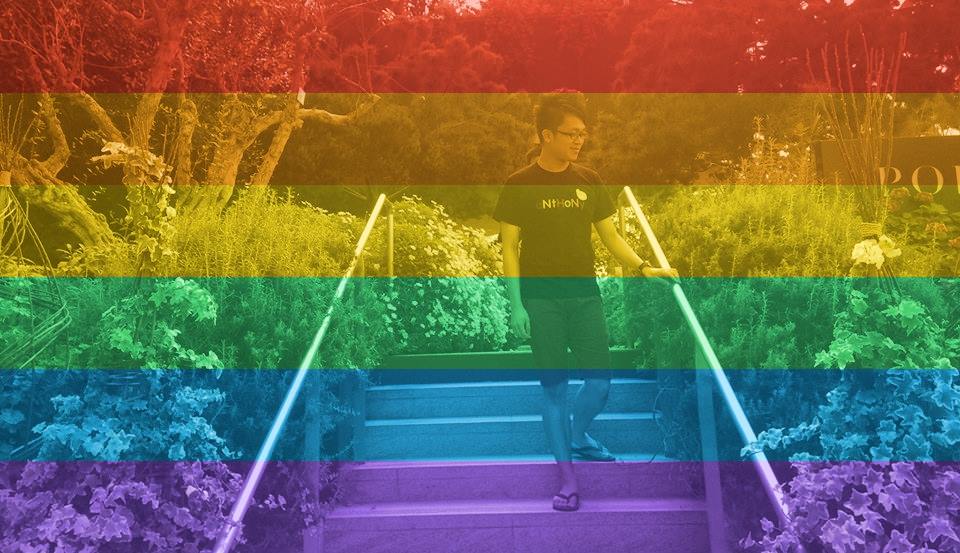 Looking back, I honestly think that support group was the best thing to happen to me in 2010. I made amazing friends, and my life really took a turn for much better since then.

Encouraged by his positive experience with Oogachaga, Anthony started volunteering with Oogachaga thereafter by using his own story and experiences to inspire others caught in an unfortunate situation.

As I volunteered more and more, I met more and more people who I interacted with, and made many friends from there.

Some of them still come to me when they face certain problems and need a listening ear! 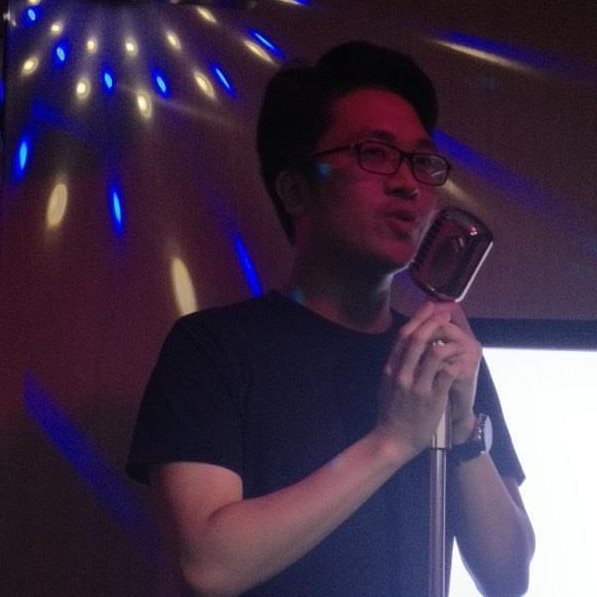 Currently pursuing psychology at Nanyang Technological University, Anthony aspires to create a world where suicide rates are reduced to 0.

Anthony enjoys a mix of outdoor and indoor activities ranging from cycling to folding origami to reading comic books. He cites Paloma Faith as his favourite singer and loves writing fantasy themed stories.

I love creating and writing fictional worlds where magic is developed instead of technology. 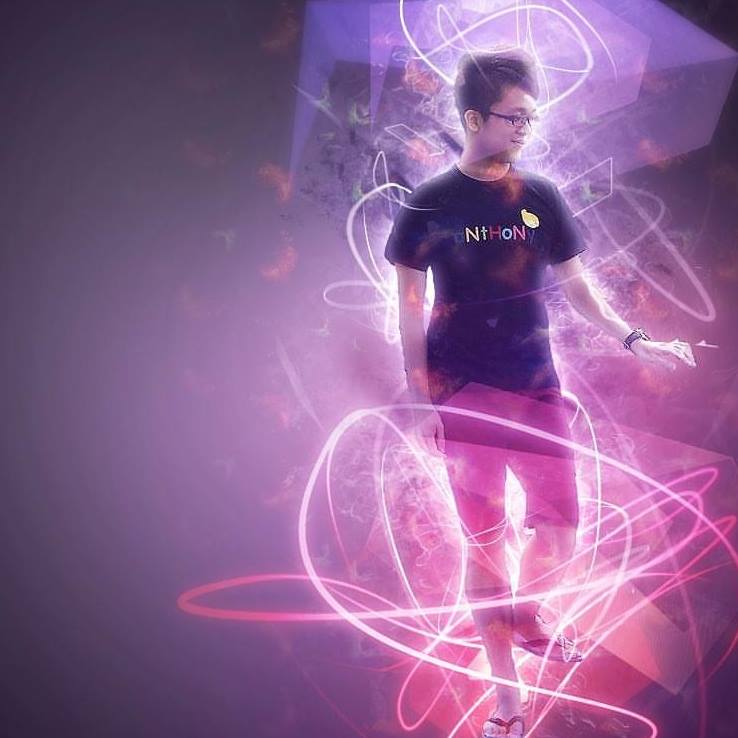 It was a nerve-wracking experience.

I remember it was during JC and I was with two female classmates. I did not even use the word “gay” then. I was really cautious in revealing myself. I think I started with ambiguous words like “I like this senior…“, “that senior is really cute…” until I eventually revealed that “actually… the senior is a guy.”

I was so petrified about their reaction but the girls were really cool with it.

It was a really emotional scene when I first came out to my parents. I remember it vividly, it was the Sunday after I enlisted in March 2008, and I had a hard time adjusting to army.

I ended up having thoughts of self-harm, and was promptly sent home in order to go for a medical appointment with the SAF Psychiatric Ward the next day. It was really late, but my parents picked me up, and we went for a nice dinner before we went home, and my parents sat down and asked me “What’s wrong?”

Eventually, I couldn’t stand the probing and just shouted “Your son doesn’t like girls ok?! He likes guys!”

My dad cried, my mum teared, and I was just crying so badly. I do hope people don’t follow my coming-out story though, it’s really a terrible way to come out to your parents.

3. How did Oogachaga’s support group help you overcome your problems?

The support group helped me to come to terms with issues that I was juggling with, and the support group members and facilitators showed me so much unconditional support and I learnt to deal with my own problems.

They taught and gave me advice on what I could do, and they were very patient with me even as I raised questions that appeared to be obvious to them (I was the youngest participant in the group).

Despite being so inexperienced, I learnt a lot about being gay, and my self-confidence was built slowly from there.

4. Why made you decide to volunteer with Oogachaga?

Partly, it was my own goals of wanting to reduce the suicide rates of LGBTIQ people to 0.

Additionally, I also wanted to share my experiences and help others. After my parents accepted me, I realised my stories could be inspirational, and I felt that as a gay man, I can understand what most people who go to Oogachaga are going through.

More importantly though, I think as I volunteer more, I also grow more, and I really have learnt a lot since volunteering with Oogachaga.

5.What advice do you have for gay people still hiding in the closet?

Honestly I would say, take your time. There is nothing to be gained from rushing to come out.

If you have any reasons you can’t come out, that’s okay too. Just make sure when you want to come out, you are ready and prepared.

If you can’t figure out if you are ready, you can check with Oogachaga. We have hotlines, email-counselling and even face-to-face counselling if you need.

As a psychology student, I honestly think that the biggest misconception is that gay people spells doom for the world.

Also, science has shown that homosexuality is in the genes. So yes, it’s perfectly natural.

I really like to thank Oogachaga, their staff and their amazing team of volunteers for giving me the opportunity to volunteer and learn from each and every one of them.

While I may not have had the chance to work with every one of them, in the past five years that I have volunteered with them, I think I have gained beyond what words can describe. I’m really thankful for them.

Perhaps I’ll end it with a quote I love. “Tomorrow may not be a better day, but I am sure there is a better tomorrow.” 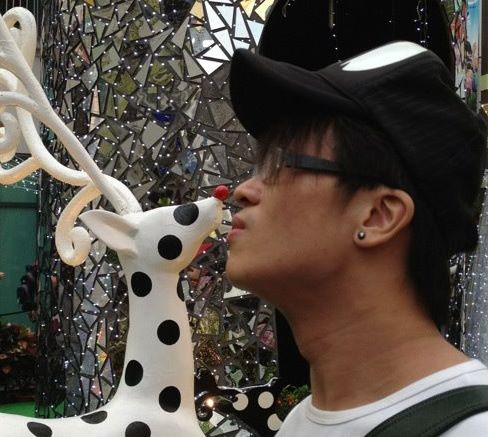 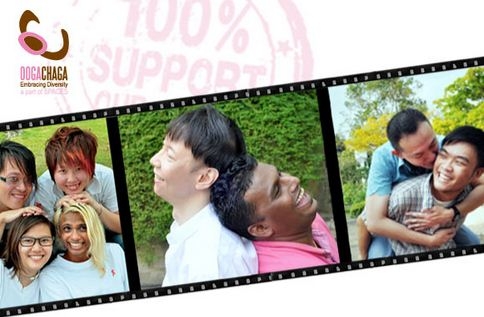 Founded in 1999, Oogachaga is Singapore’s only community based counselling centre for the LGBTQ+ community.

Run by a team of professional counsellors and trained volunteers, Oogachaga has been instrumental in helping people deal with issues such as coming out, identity, relationships, mental health, family, loneliness, discrimination, sexual health, suicide, and violence.

Unfortunately, some of their donors and funders have cut back, due to various reasons

Despite the drop in support, Oogachaga remains adamant in continuing its mission of providing support to the LGBTQ+ community. But the only way they can continue helping people like Faliq is if you lend them a helping hand.

Support Oogachaga in supporting the LGBTQ+ community by making a donation to their fundraising campaign here: http://bit.ly/Oogachaga 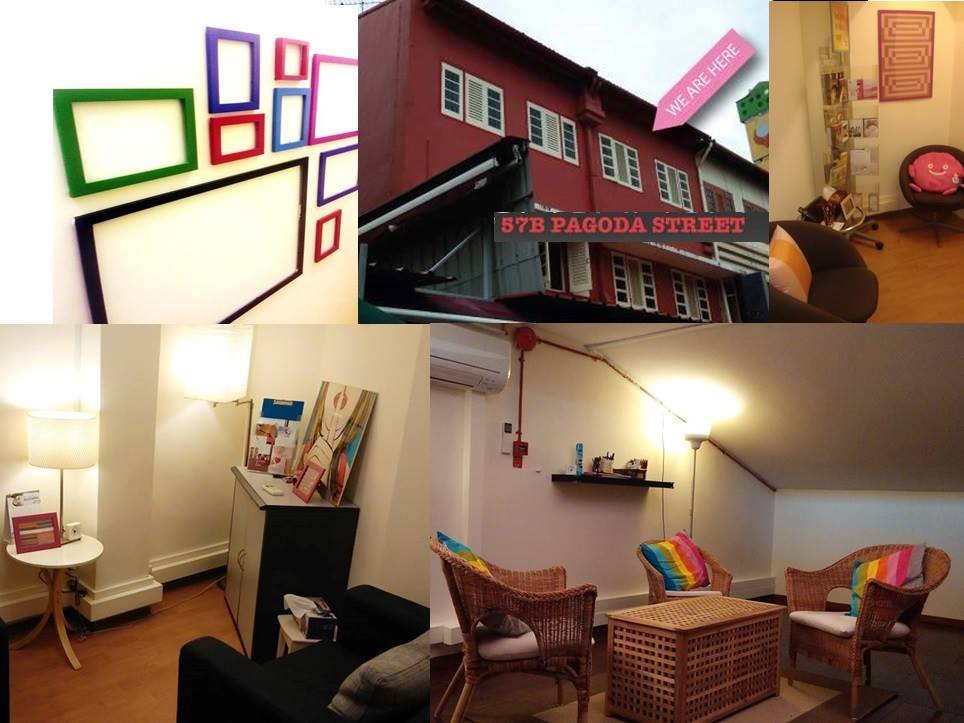 Once again, Dear Straight People would like to thank Anthony  Leong for sharing his story with us.

If you would like to keep up to date with how Anthony is doing, you can connect with him through Facebook. You can also find out more about Oogachaga here