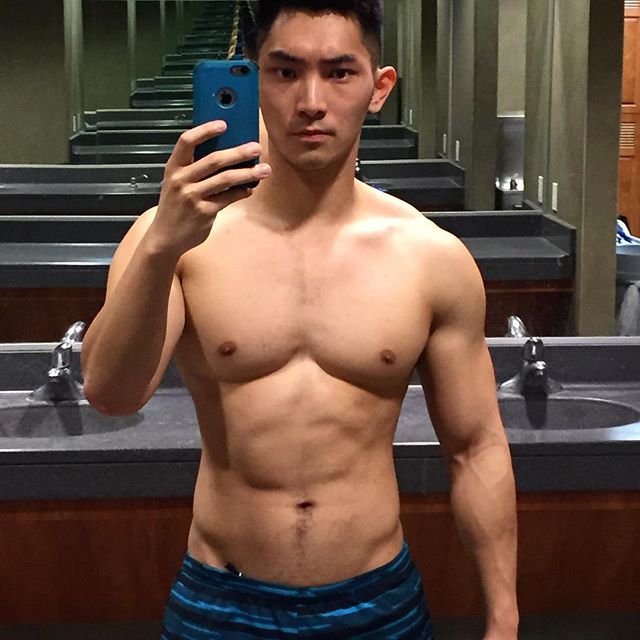 If you’ve ever used hashtags like #cuteboy or #hotasianman, you are not alone.

Thanks to Instagram, now anyone with a camera phone can feel like a ‘model’. Gay men in particular, seem to particularly relish it. The result is that we have become a generation of wannabe online models all vying for a share of the Internet audience.

Don’t believe me? Just browse through the profiles of gay men on Instagram and you will be greeted with shirtless selfies and the odd modelling pose under the Gingham filter, all captioned with attention seeking hashtags like #cuteboy, #hotasianman, and #instagay.

Now don’t get me wrong. I’m not advocating that gay men should not take selfies or shirtless pictures on Instagram.

I enjoy shots of topless hunks as much as the next gay man. In fact, feeling validated after receiving likes and followers as a result of posting such pictures can have a healthy effect on self-esteem. Hashtags popular with the gay community such as #hotasianman also allow young gay men to connect with each other in ways we couldn’t in the past.

It has also had a positive effect on the diversification of male beauty in gay culture by providing gay men of Asian ethnicities with a platform with which to showcase themselves. The accompanying rise of insta-famous gay Asians is a testament to social media’s influence in dispelling the age old stereotype that Asian men aren’t sexy.

However, it is becoming more and more evident that young gay men are increasingly using Instagram and other similar social media platforms to support a precarious ego.

The hunger for online validation has made it a common occurrence for young gay men to resort to all sorts of means and measures to increase their online following. From submitting their pictures to Instagram accounts like @IsHotAsianMan in the hopes of getting a shoutout to posting pictures of themselves in sexually suggestive poses, plenty of gay men have become obsessed with growing their Instagram accounts.

These photos have the effect of further encouraging a culture that already places physical appearance on top of a pedestal. Unlike our straight counterparts, our attraction to the same sex means we face the conundrum of indirectly objectifying ourselves when we objectify other men which might perhaps explain the prevalence of  body image issues among gay men. But that’s not the worst of it.

Relying heavily on validation via Instagram also risks facilitating traits associated with vulnerable narcissism; a form of narcissism characterised by emotional instability and general negativity. Indeed, there is evidence that such narcissism can have negative implications on one’s current and future interpersonal relationships.

And of course, as you’ve probably heard countless times before – being heavily reliant on this form of validation at the expense of other forms of validation can actually exacerbate feelings of inadequacy for those with self-esteem issues. This can be attributed to the constant need for online admiration coupled with a personality that has been conditioned to become more sensitive to online feedback.

The key to overcoming such problems then is to not wholly derive your self-esteem from merely how you look and instead pay attention to other aspects of your life as well such as your involvement in the arts, sports, career etc.

In other words, take as many shirtless pics and selfies as you want but remember to remind yourself that you are more than just a #cuteboy or a #hotasianman.

Out Of The Closet: Huey & David Share Their Story

Confession: I’m Hooked Onto Chemsex And I Don’t Know How To Stop