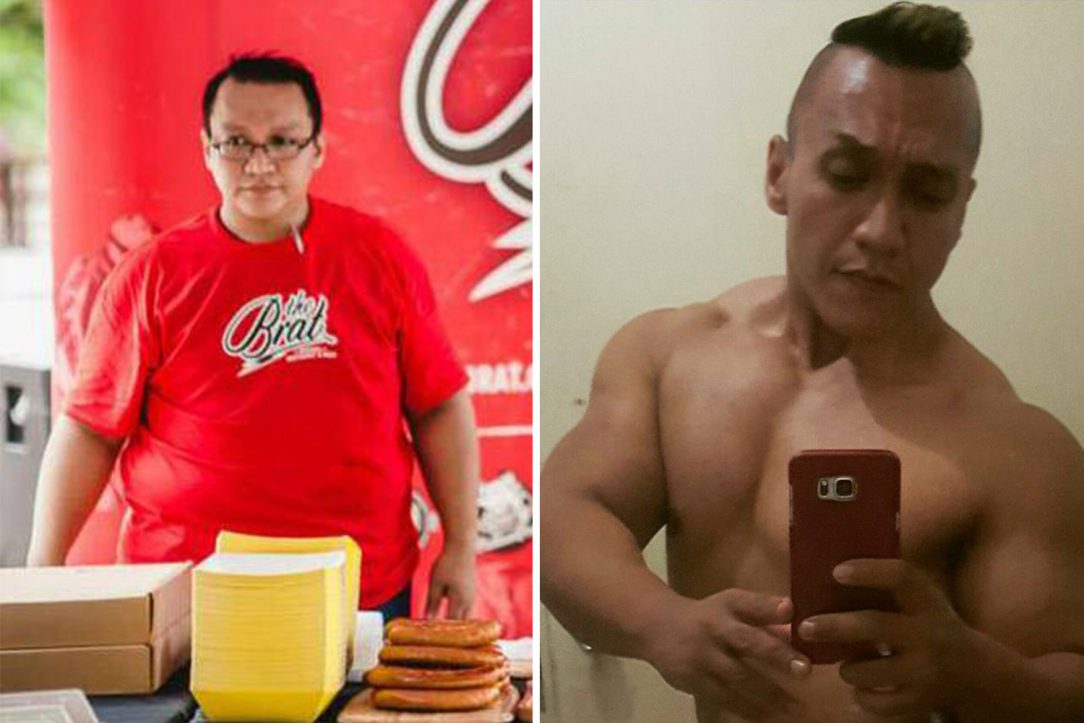 5 Amazing Body Transformations For Those Struggling With New Year Resolutions

These people prove that anyone – and yes, that includes you! – can shed the pounds and work your way towards achieving a healthier you.

A new year has dawned, and you can already hear it: The symphony of people making resolutions to get fit in the year ahead. While forging these resolutions is undeniably a good thing, it is another thing entirely to ensure that they become reality.

With this in mind, we’ve found stories of 5 people who’ve undergone amazing body transformations. From being motivated by fearing potential health problems to honouring beloved family members, these people prove that anyone – and yes, that includes you! – can shed the pounds and work your way towards achieving a healthier you.

1. Lim Yiping – Pushed herself to lose weight in tribute to a beloved aunt

Looking at 29-year-old Lim Yiping today, you wouldn’t have guessed she was a fat kid once. For much of her youth, she was overweight, standing at 80kg in primary school and 140kg when she was 25.

The turning point for Lim came when a close aunt passed away due to complications arising from weight-related problems. In tribute to this aunt, she embarked on a weight loss journey, which started from using a second-hand exercise bicycle for 30 min each day.

As she gradually lost her excess weight, Lim started trying other activities like swimming and eventually running and even home HIIT routines. Within 3 years, she lost a total of 60kg, and her weight now fluctuates within a healthy range of high 70s to low 80s for her height of 1.81m.

Diet has also played a crucial role in helping Lim lose weight, where she preps her own meals with meat and vegetables and limits her carb intake.

2. Bernard Chiew – from fit to fat to fit again

Bernard Chiew once worked as a military expert with the Army, deployed on dangerous missions. But after he left the service in 2012, he began making unhealthy lifestyle choices, at one point indulging in steamboat and alcohol almost three times a week.

By 2016, Bernard’s weight had risen to 92kg for his height of 1.92m. Realising that his lifestyle choices could lead to severe health problems, he switched to making healthier choices over 2 years.

This began from a cleaner diet that cut out fried and oily food and soft drinks and included more high-protein items. He also began hitting the gym 4 to 5 times a week. Bernard eventually slimmed down enough to lose the bulk of his belly fat. Now standing at a comfortable 76kg, he not only qualified as a finalist of ManHunt 2018, but went on to be the winner of the senior category – a far cry from his 2016 self.

3. Chelsea Lim – mother of three shed 32kg in 20 months after being hospitalised

Over the course of three pregnancies, 43-year-old Chelsea Lim struggled with weight gain problems, her weight shooting to 78kg a mere two months after her third delivery. This escalated to her being hospitalised for a heart spasm in later 2016.

This was the point when Chelsea decided to make a change, and she began by ceasing her consumption of carbs, suppers, and sugary drinks. She also started cycling with her husband almost every night and switched to a low-carb diet.

Chelsea later tried out a variety of workouts, such as yoga, zumba, swimming, running, and even Health Promotion Board’s free workout classes. The effort she expended more than paid off, as she eventually lost a total of 32kg, weighing a comfortable 46kg today.

Mohamed Faizal Abdullah was once morbidly obese. Back in 2014, he weighed a massive 175kg. A major contributing factor was his genetics, which made it hard for him to lose weight.

Yet Faizal went on to embark on a weight loss journey following the passing of a 52-year-old friend in Jan 2014 due to health problems sustained from being obese at 120kg.

Motivated by the desire to not suffer the same fate as his friend and to also not be a burden to his aged parents, Faizal began his journey with brisk walks in his neighbourhood park. He eventually reached a point where he could jog and gym, which he committed to doing frequently.

At the same time, Faizal also improved his diet significantly, taking out his bad habit of chugging 7 Cokes a day. His effort was clearly not for naught, as his weight markedly reduced from 175kg to 88kg. He is now a personal trainer with True Fitness – truly fitting for a man who has bidden farewell to an unhealthy past.

Aju Murjani grew up with a family who used food as a tool for bonding with each other. This resulted in him adopting unhealthy eating habits, at one point having heavy Sunday breakfasts that comprised 40 crackers, 8 maple syrup-drenched pancakes, eggs, and coffee.

Aju’s wakeup call came at the age of 18, when he weighed his heaviest at 168kg. Owing to his weight, the SAF medically classified him as PES “E”, meaning he was only fit for administrative duties – basically dooming him to a sedentary lifestyle with no hope of slimming down.

Deciding that this was not what he wanted, Aju resolved to lose weight, beginning from actually requesting to be reclassified as PES “BP”, where he could undergo specialised training for obese recruits.

As a result of his Basic Military Training (BMT), combined with his 2 years as an NSF and the workout routines he stuck to beyond, Aju managed to bring his weight down from 168kg originally to a healthy 78kg that he still maintains to this day.

Casting aside the inertia to begin losing weight is understandably no mean feat. After all, kickstarting a fitness routine is a jarring shift from a largely sedentary lifestyle. But for these people, and most certainly for you too, this is no excuse for you to not take the first crucial step.

But taking this first step doesn’t have to be overwhelmingly difficult. Wellaholic’s fat freeze treatments are here to help you along the way, beginning from its WellaFreeze(™) Cryolipolysis procedure.

This FDA-approved, non-invasive method of fat freeze uses a nifty piece of cooling tech to accelerate the conversion of fat into solids, specifically targeting problematic fat bulges like love handles and arm/thigh flab to gradually erase fat cells. WellaFreeze(™) works by using probes that suction your skin (including the flab) into an area in order to crystallize the underlying fat cells. The “frozen” cells are then naturally purged away by the body within thirty days or more.

With this method to supplement a good, solid fitness routine, you can expect to see between 14% to 28% of visible fat reduction in the targeted areas of your body. Suitable for both men and women alike, this treatment is most ideal for you if you’re within 13.6kg of your ideal weight.

The WellaFreeze(™) Cryolipolysis treatments begin from $169 per session, with rates per session reducing to as low as $129 if you take up multi-session packages. For the month of January 2019, Wellaholic is running a special Member’s promotion. Sign up as an Annual Wellaholic Member and enjoy the following: