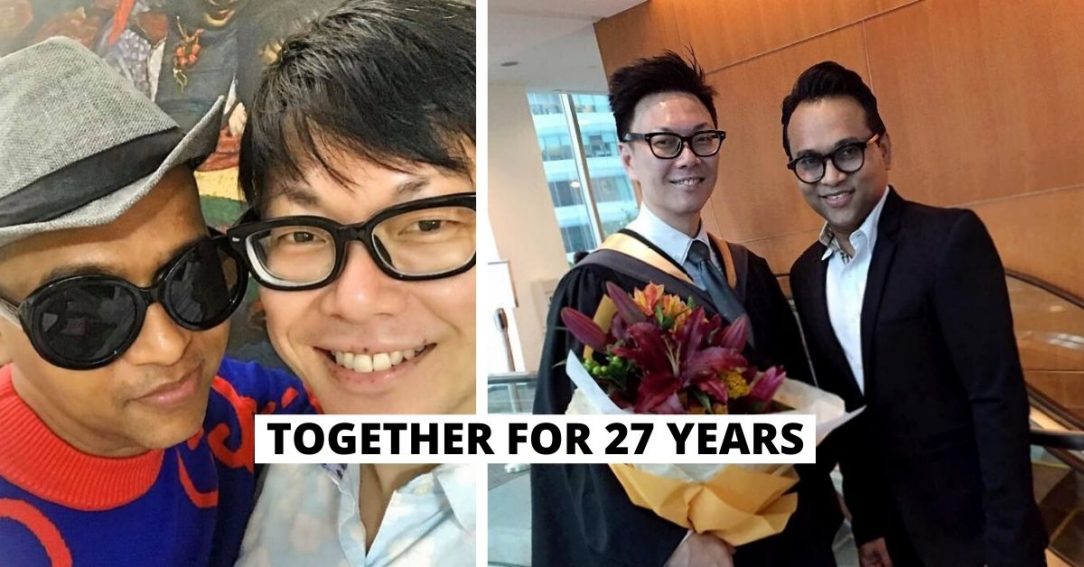 This gay man’s letter to his recently deceased partner of 27 years will inspire and break your heart at the same time.

Shaik was more than a life partner to me, he was my confidant, companion, sweetheart, darling, listening ear, punching bag, and in more ways than one; inspiration. Selfless and always putting others before himself, Shaik personified this in heaps.

I was never big on birthday celebrations, least of all mine, but Shaik never failed to make a grand occasion out of my birthday. Like I said, Shaik was selfless, and despite my reservations; I loved and cherished every minute of it. 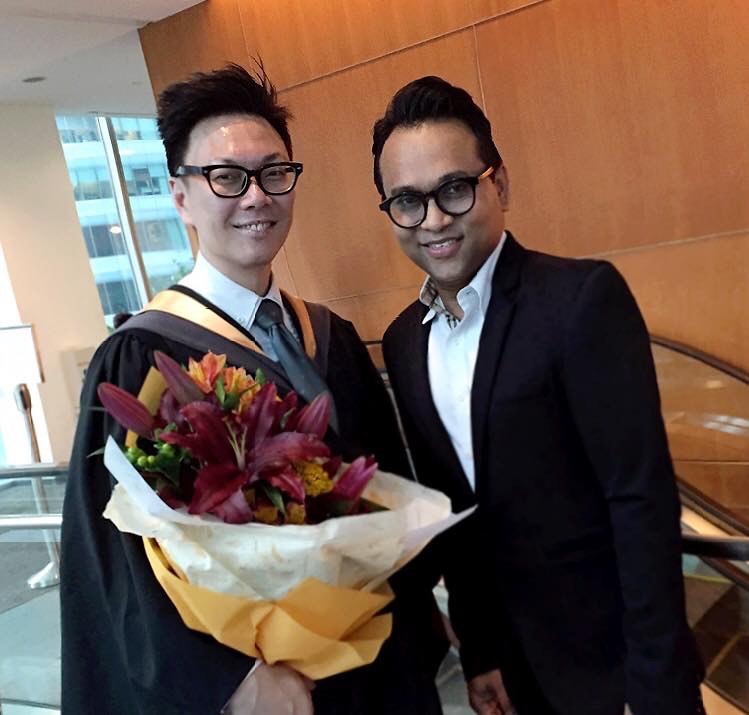 This article pays tribute to the person I met 27 years ago, and who I have stayed close to till the end. This is the person who I proudly call my first and only true love, a person who has seen me through thick and thin; never judging and always open-minded. This is someone who to me, is irreplaceable and will never ever be forgotten for as long as I live. When the time comes, I will not only face my maker, but I am assured I will be reunited with Shaik once again; and will continue to be by his side, and he mine; for eternity.

Shaik had always been a private person and when we were together, he never saw the need to flaunt our relationship in front of others. This may in part be due to his upbringing, or perhaps because he thought that since everyone knew about us and how we felt for each other, that it was unnecessary to show our love and affection for each other openly.

Once again, I am writing this article because I want everyone to know what Shaik meant to me, and now that he is no longer with us, I am left with a void, perhaps never to be filled. Yet I also know I have to move on, as Shaik would have wanted me to.

In fact, he had said that he would like to be the first to go, as he felt I was the stronger person and hence, could cope with loss better. To this, I must say with a heavy heart and one leaden with sadness, his wish was granted. 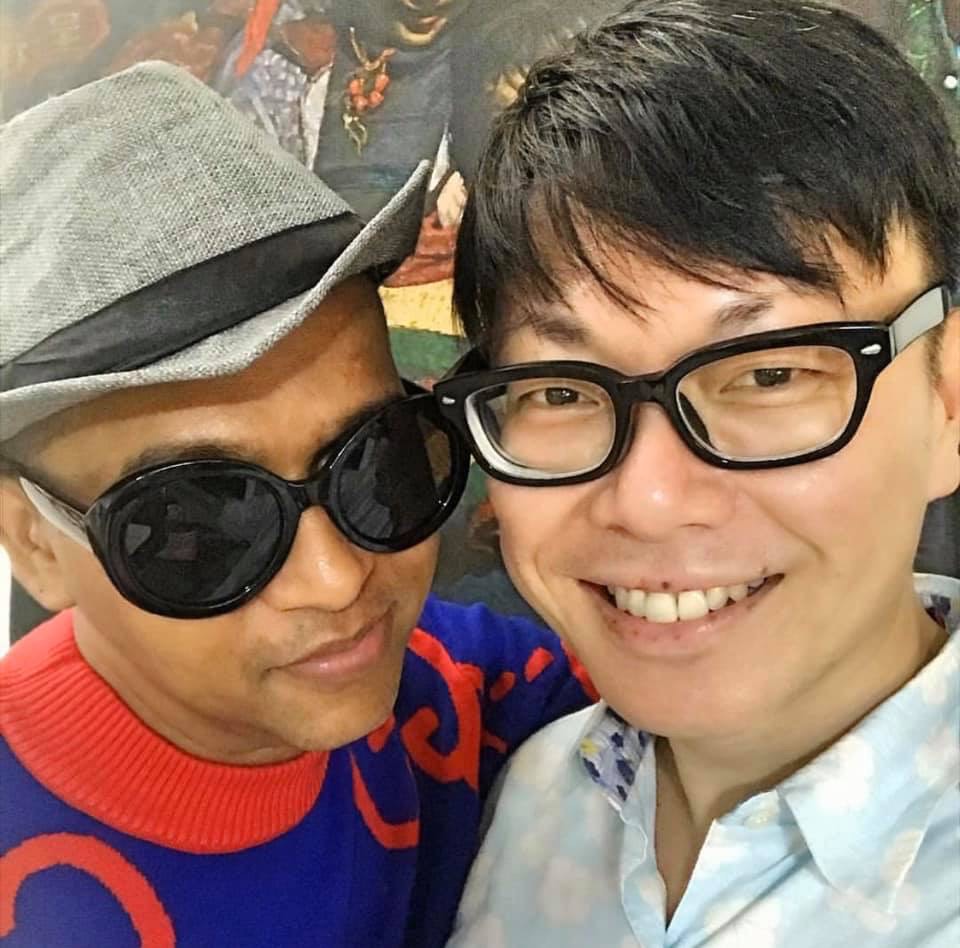 I fondly remember the day we met. We were working in the same department in a hotel. I was new to the department whereas Shaik had been working there the last few years. With each passing day, I felt myself drawn towards this charming person. There was something charismatic about Shaik and I had never felt such a tingling sensation before. I know now that what I felt then was love at first sight.

I made the first move and invited Shaik out on a date. I had spare tickets to Dick Lee’s “Beauty World” and one day at the cafeteria, I plucked up my courage and asked Shaik if he would like to go on a date with me. That day was 14 October, and it marked the beginning of 27 years of being together. From then on, I remember often stealing some time together at work, for we were two people who had just fallen deeply in love with each other. We were inseparable and very soon, everyone knew we were partners. 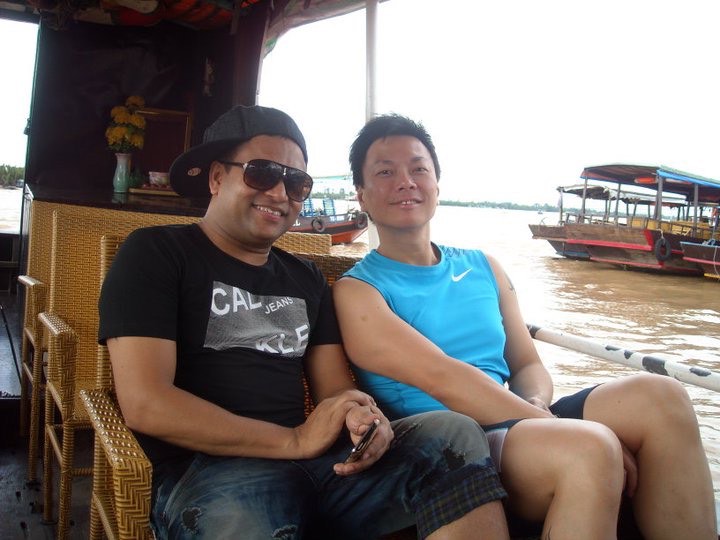 We were happy together. There may be times we would argue, but at the end of the day, we would kiss and make up, and everything would be back to normal. I am proud to say we never stayed angry with each other for long. Soon, we moved in together and built for ourselves a stable home, just like any heterosexual couple. Our neighbours accepted us for who we were and the residents in our housing estate knew us. We never felt discriminated in all our years living in that estate. To this day, I still call that estate home.

It was two and a half years ago that Shaik was diagnosed with a terminal condition. The news hit me so hard it was unbearable and I knew we did not have a lot of time left together. Despite the prognosis, Shaik and I chose to remain positive. Shaik was a fighter and he never gave up, and everyday, I would put up a brave front, but deep down inside, I was a train wreck and I felt myself crumbling. I would look at Shaik with admiration as he faced the condition head on with dignity, positivity and bravery. That was my Shaik! 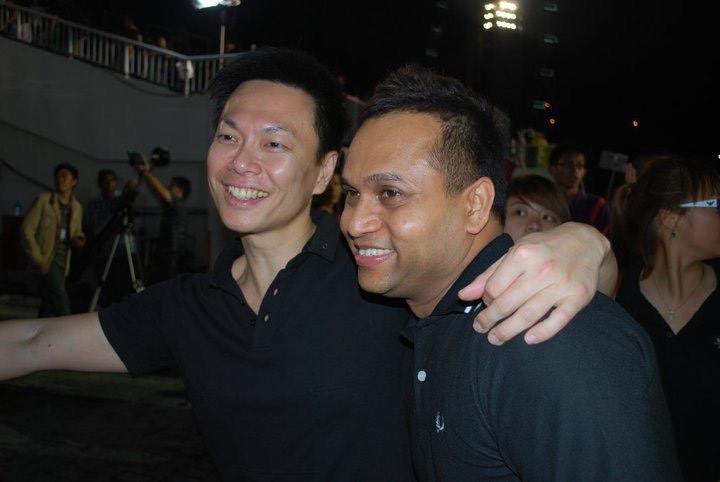 Towards the end, as Shaik got weaker, we had to open up our home to a live-in caregiver. It was a tough but necessary decision. To a certain extent, it was also a relief as I could be at work and not worry too much about Shaik. Yet still, I was in control. I managed his medical appointments, following him to every single one, as I had to know and understand from the doctor what was going on. I made it my business to also manage the visits paid by friends and family members. I made sure I got back home to Shaik everyday after work. My social life revolved around Shaik and my time and dedication to him was unwavering.

That Sunday when Shaik passed, I was very fortunate that I was with him, just the two of us. We were always a twosome, we did everything together, vacationed together, partied together. We never felt like we needed to be surrounded by people. And so at the end, we were once again, alone together. I had the privilege of seeing the end of life happening in front of me.

It was serene and without pain. I remember very vividly not hearing a heartbeat and not feeling a pulse. I was glad that Shaik felt no pain, and that he did not look sickly. He looked like he was at rest, just sleeping, as he returned to where he came from. 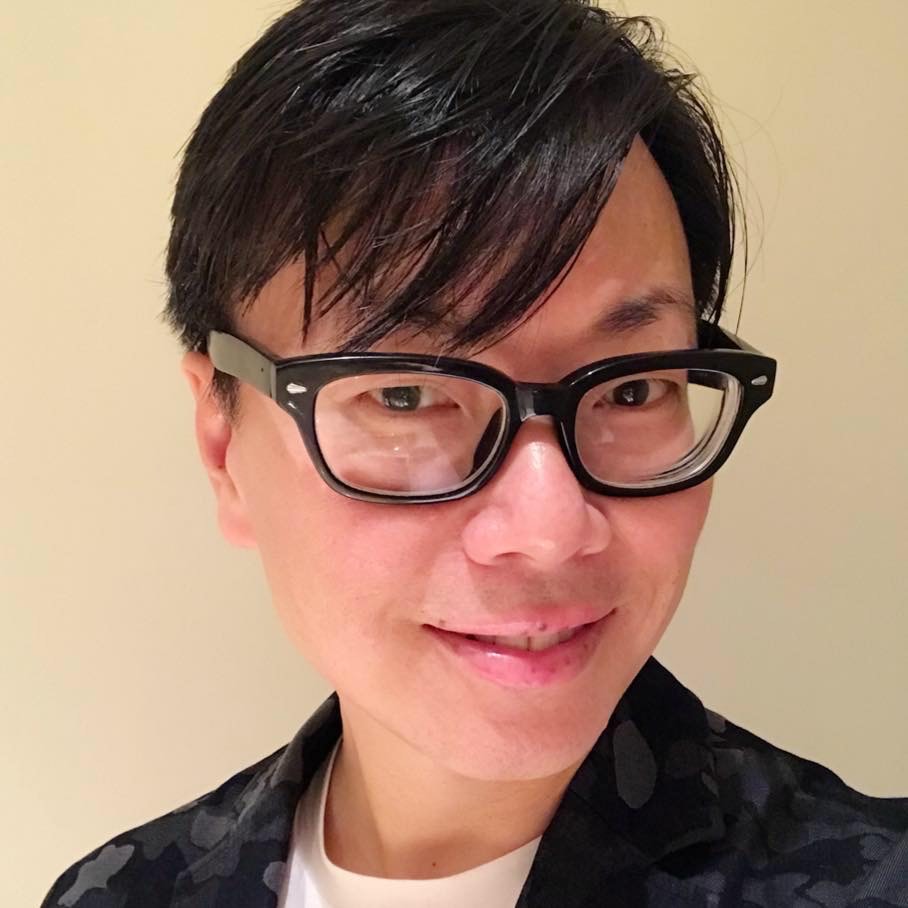 A month or so later, I took a sabbatical leave. I desperately needed to get away from work, to be by myself and to think things through. It was obvious after what I had experienced the last two and a half years, that I needed to find myself again. This period gave me time to grieve. After all, 27 years is a long time to be together and having just two months of being by myself was not sufficient enough to ease the pain. I took the time to travel, first to Spain and then to Australia. It was Spain because that would have been the country Shaik and I would have visited prior to the diagnosis. Australia was another obvious destination choice because we had mutual friends there and I thought I would also offer them closure.

My time traveling alone in Spain was hard, not only because Shaik and I have always traveled together, but also because there was a sense of emptiness, especially when I was back in the hotel room. At times, I would inadvertently burst out crying just thinking what it would have been like had Shaik been well and traveling with me. Visiting cathedrals also hit me hard as I prayed for his soul with tears steaming down my cheeks.

Fast forward to the present day, and things are looking up and getting better with the strong support of family and friends. They have rallied around me and I am eternally grateful to those who have seen me through these challenging times. Death is a certainty and I have accepted that fact. I know that Shaik is in a better place. I am extremely lucky to have found someone I dearly loved and who loved me back unconditionally. He had once said to me, and that I will never forget. He said he was so lucky to have me by his side. 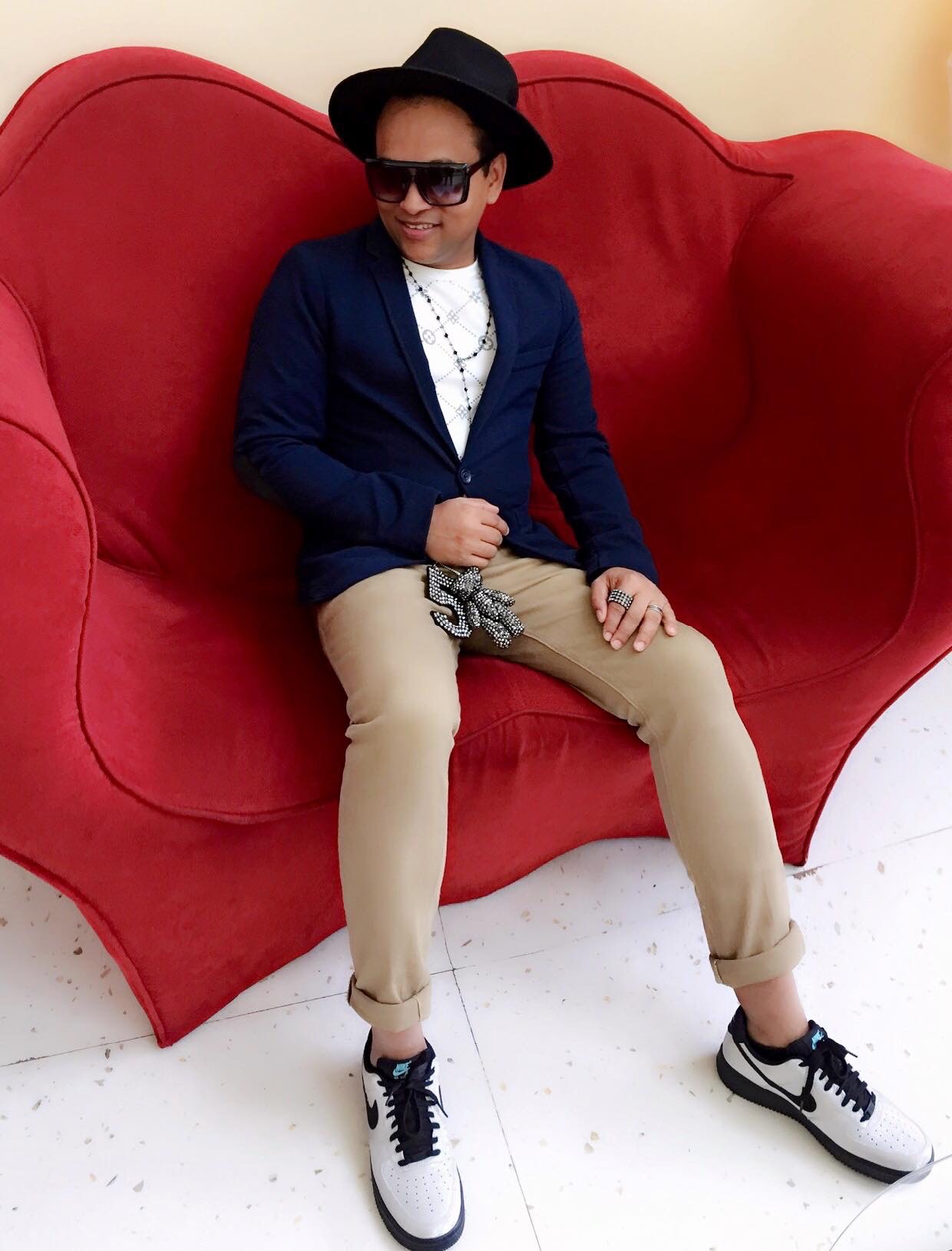 Shaik, I am lucky to have you for 27 years and at times, I wish I had more time with you. We have been through the best of times and the worst of times. Through it all, we have withstood the test of time. I sometimes think of what we have been through in the recent past, but I consciously also look further back to the good times and the joy of being your life partner. I still speak to Shaik daily, as though he was still present at home. A simple “Good Morning” and “Good Night” each day and night ensures that I will not forget him.

Once again, this article pays tribute to the person I met 27 years ago. I would like readers to know that love amongst us is possible, that it is not only heterosexuals who enjoy everlasting love. Our relationship may have started off on a physical note, but in time, it evolved into more than that. For myself, I have learned to be more forgiving, more tolerant, more generous and more caring. I have become a better person.

Ours was a relationship strong on companionship, strength and trust; of being together and doing things we enjoyed together. The relationship between Shaik and I proved that eternal love is possible, and whilst we were together, it was a fairytale.

I love you to the moon and back, Shaik.