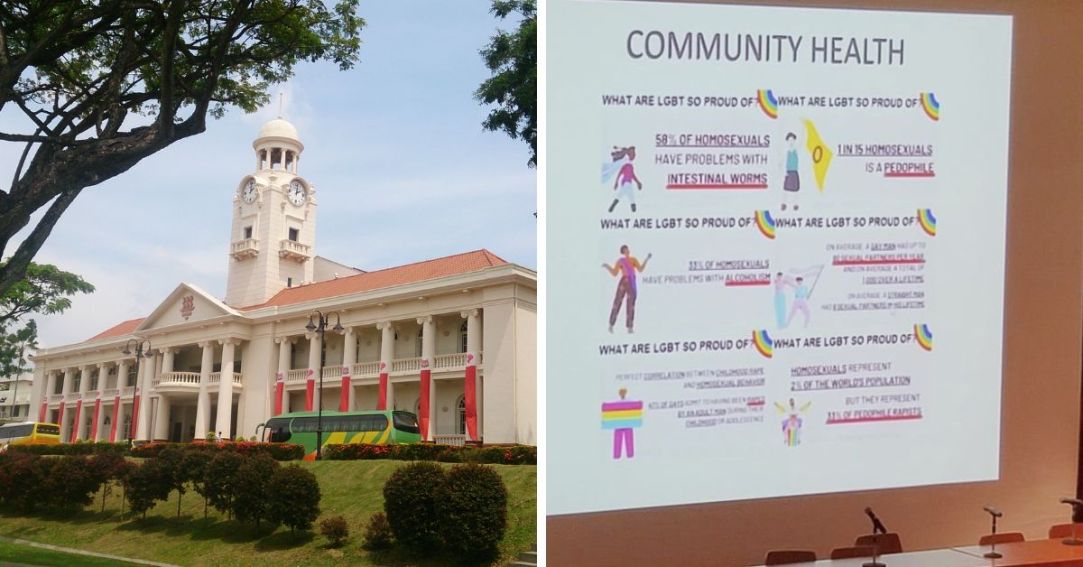 The Hwa Chong Institute counsellor who gave an anti-LGBT talk to secondary 4 students have been suspended from all duties.

There is a new update to the Hwa Chong saga that rocked Singapore just a few weeks ago.

Photos of the slides from the talk quickly went viral, and caused much distress to the LGBT+ community, especially since it is given by a school counsellor at one of Singapore’s top schools.

Non-Constituency MP Hazel Poa raised the question of what duties the counsellor was still carrying out, and what actions were being taken to ensure such incidents do not recur.

It has since been reported that the Hwa Chong counsellor has been suspended from all duties.

“Teachers have been vigilant in monitoring their students’ well-being, and students who have concerns or require support have been encouraged to approach school leaders or a trusted adult in school.”