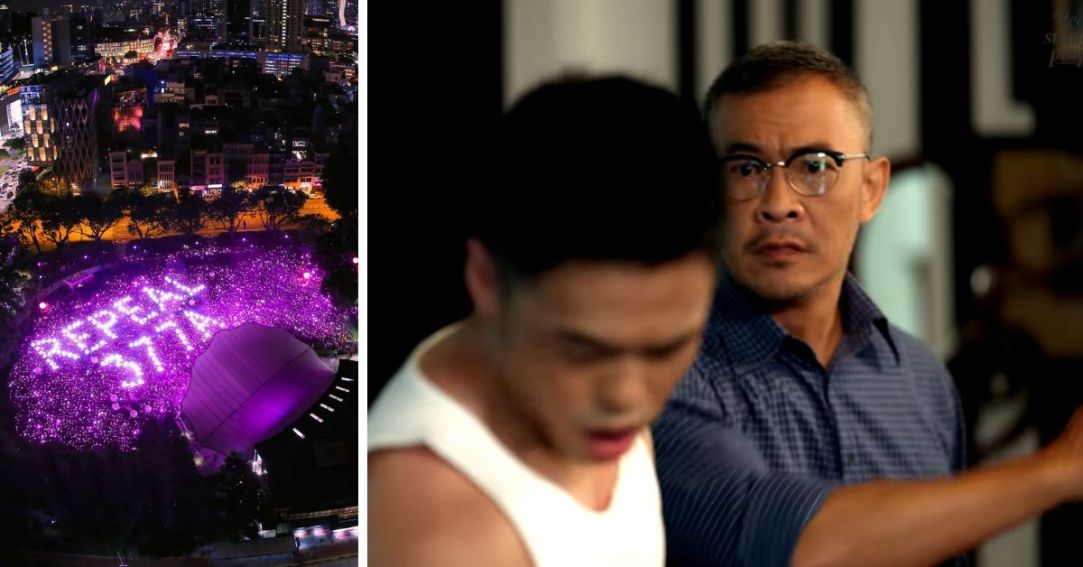 Dear Singapore, The ‘Family VS LGBT’ Narrative Needs To Stop

In the wake of the Section 377A repeal, the ‘Family vs LGBT’ narrative only serves to worsen relations between LGBT+ people and their families.

On 21 August, Singapore’s LGBTQ+ community let out a collective cheer when Prime Minister Lee Hsien Loong announced that Section 377A would be repealed.

But our joy didn’t last very long. In the days that followed, a troubling ‘Family vs LGBT’ narrative emerged in an effort to appease religious conservatives.

Not only is the ‘Family vs LGBT’ narrative nonsensical. Pushing such a narrative is dangerous and only serves to worsen relations between LGBT+ people and their families.

The ‘Family vs LGBT’ narrative needs to stop!

If there is one thing I’ve learnt from interviewing so many LGBT+ people in the ‘Out Of The Closet’ series, it’s that the hardest acceptance to receive is often from one’s own family.

The knee jerk reaction to coming out in many Asian households is rejection. Getting kicked out of homes is not just a plot device in gay dramas. It’s an unfortunate reality.

Take Jack Lim for example, who was forced out of his home and dropped out of law school when he was outed against his will. Or Shao Wei, who had to seek refuge with his friends after his family chanced across a picture of him with his then boyfriend.

It’s situations like these that make the entire ‘Family vs LGBT’ narrative so troubling. Pushing such a narrative only serves to estrange LGBT+ people from their families.

While conservatives are busy freaking out over the impending possibility of same-sex marriage, many LGBT+ Singaporeans have other more pressing concerns.

For a lot of us (myself included), the greatest struggle has always been with our families. It has been over 5 years since I came out to my family. But the situation at home hasn’t improved much. We’ve slipped into an uncomfortable ‘Don’t ask don’t tell’ policy where any topic related to my sexuality is strictly off limits unless you’re in the mood for a fight.

When news of the repeal first broke, I hoped that it would serve as a positive sign for my parents that attitudes in Singapore were finally progressing. But the fine print that followed the announcement of Singapore’s repeal only serves to reinforce the notion that homosexuality is something to be protected from.

Positioning the LGBT+ community as a threat to family values makes zero sense. The plain and simple fact is that LGBT+ people have families too.

Family values does not merely refer to heterosexual love between husband and wife.

A tight family unit is the fundamental building block of any society. That should include LGBT+ people with their families.

Pushing a ‘Family vs LGBT’ narrative only serves to encourage estranged families. Family and homosexuality are not mutually exclusive, and should not be pitted against one another.

So please Singapore, the ‘Family vs LGBT’ narrative needs to stop.