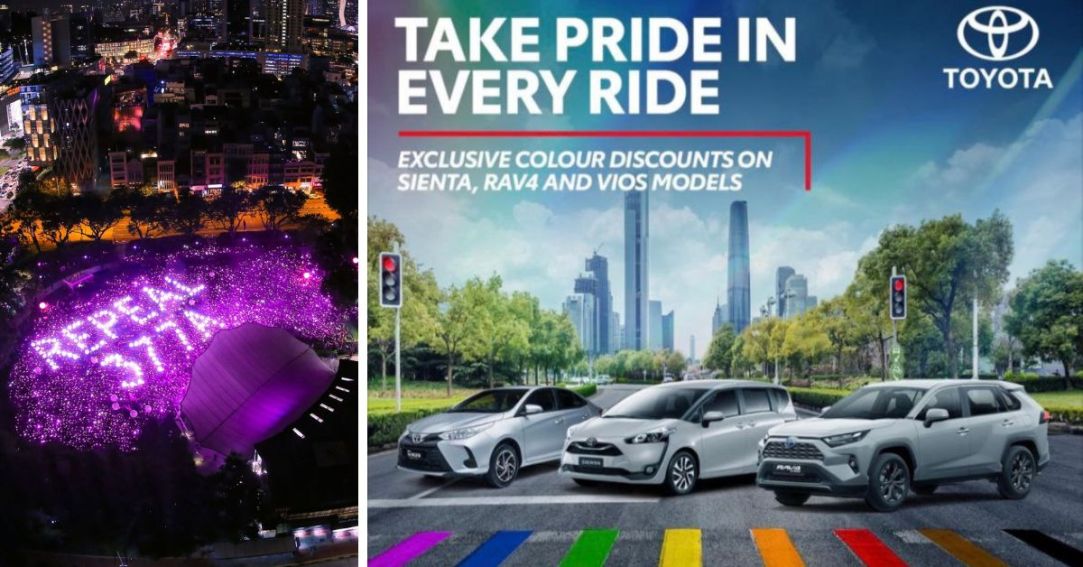 Toyota Singapore launched an ad seemingly to celebrate the repeal of Section 377A.

While brands all over the world are running pro-LGBT campaigns (especially during Pride Month), many businesses in Singapore are still wary about openly supporting the LGBT+ community.

However, it seems like the recent repeal of Section 377A is already encouraging businesses in Singapore to be more open about their support of the LGBT+ community.

Toyota Singapore recently launched a pro-LGBT ad, where they celebrated ‘the progressive winds of inclusivity and recognition of all’.

Judging from their copy, it seems like their ad was launched to celebrate the recent repeal of Section 377A.

Published on 2 September, the ad has already attracted a handful of negative comments. But thankfully, Toyota Singapore did not pull the ad.

So kudos to Toyota Singapore for taking such a public stand on LGBT+ rights in Singapore. Here’s hoping that more businesses in Singapore will follow suit.