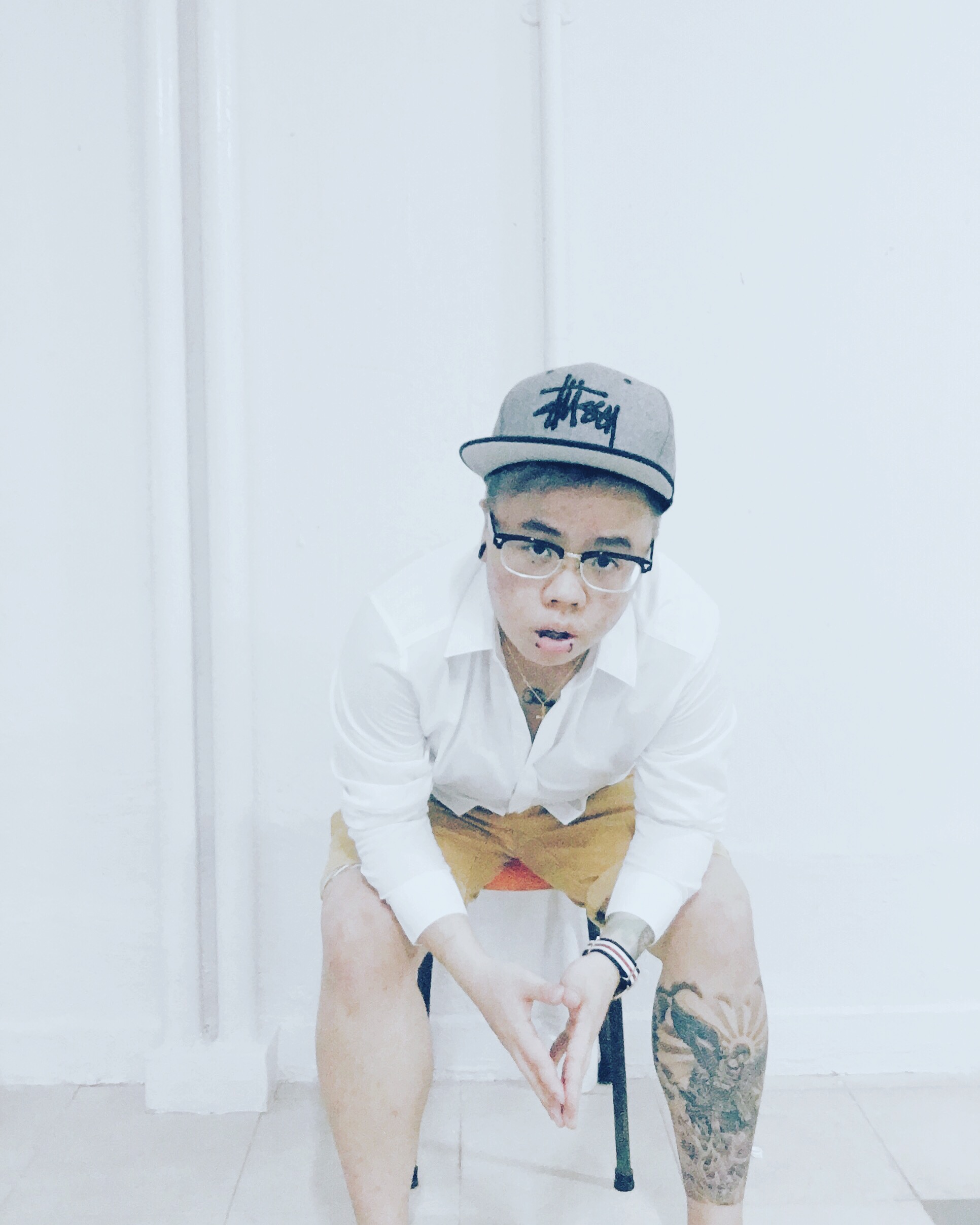 Out Of The Closet: Ayden Constantine Shares His Story

By Dear Straight People in Coming Out, Dear People, LGBT Issues, Out Of The Closet, transgender, Transsexual on April 11, 2016April 17, 2016
No comments

Born as a female, Ayden’s birth name was originally Chanel. Currently undergoing HRT (Hormonal Replacement Therapy) at a private clinic, Ayden is finally on his way to becoming the man that he always knew he innately was. But the journey to get there has been fraught with difficulties, and his story is one of the most compelling ones we’ve heard so far… 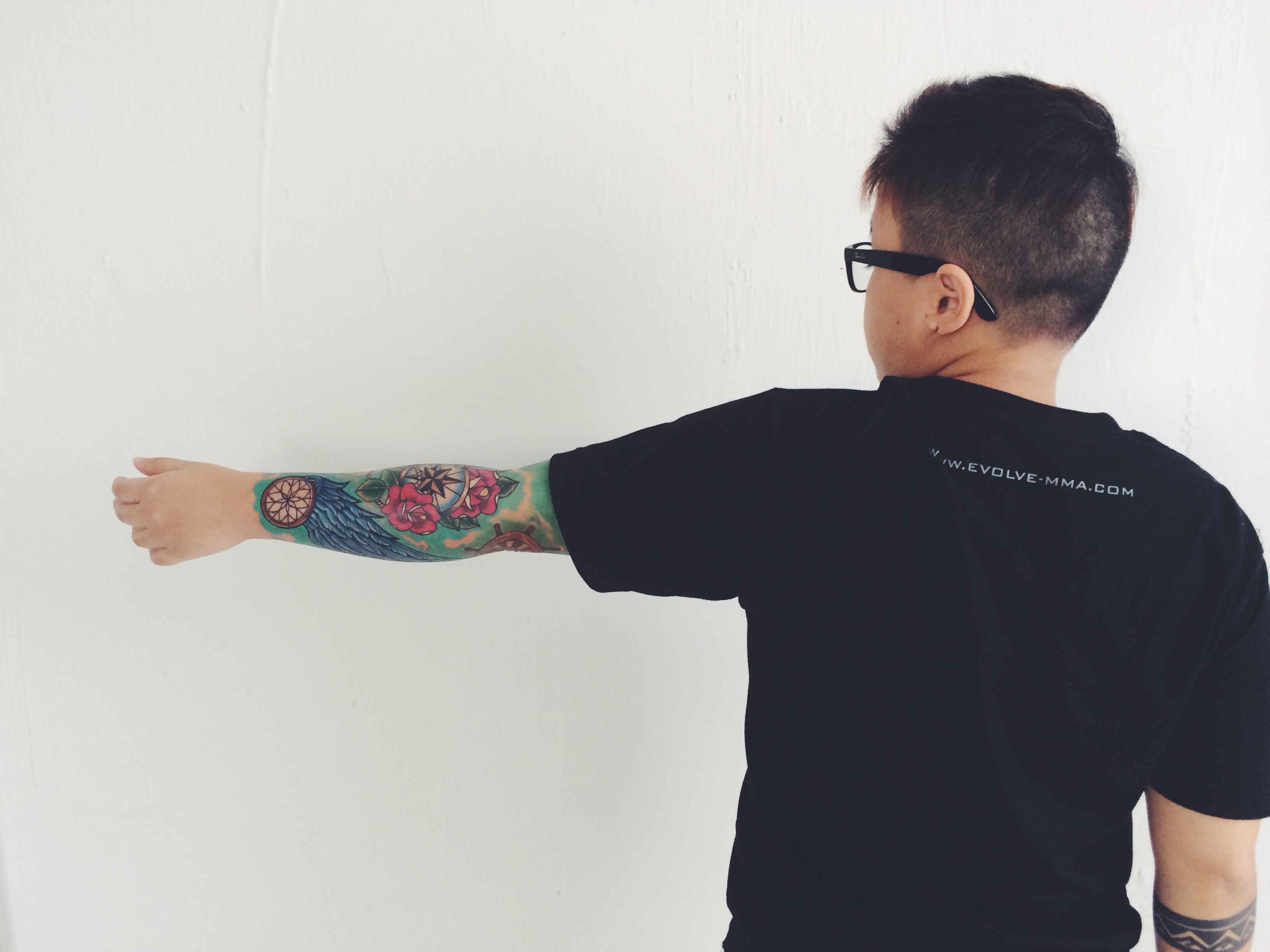 From as far back as he could remember, Ayden has always felt like he was trapped in the wrong body.

Growing up, he gravitated towards ‘boyish’ toys like cars, guns and video games. He had an intense aversion towards dresses and was naturally boyish in his behaviour and mannerisms. Unfortunately for Ayden, his manly demeanour also became his biggest source of problems.

In primary school I was an outcast mainly because I was rowdy, loud and behaved like a boy and being in an all-girls school made it worst. I was bullied all the way to P6 and even my teachers picked on me for behaving like a boy.

I became a ‘butch lesbian’, but at the back of my mind I always felt being called a butch just doesn’t feel right. 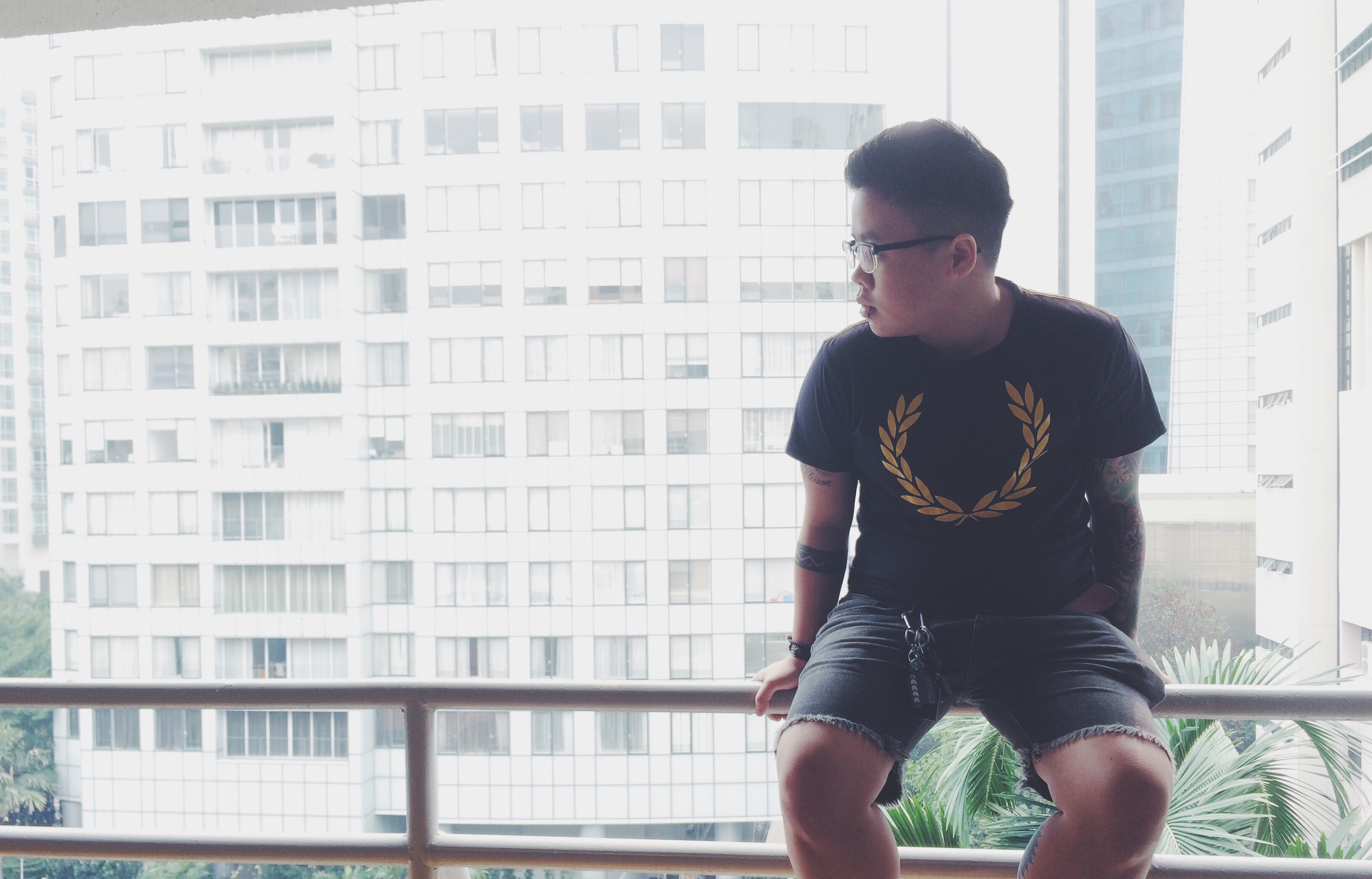 Then at the age of 20, Ayden discovered what transgenderism was through Tumblr and suddenly, everything made sense. Thereafter, he became determined to transition into a man.

For a year, he hit road block after road block, and in the process, fell into depression due to his gender identity crisis. Then when he realised that the only doctor in a public hospital who specialises in HRT had died many years ago, his spirit reached a new low as his only option now was to turn to a private clinic for help.

Unfortunately, he didn’t have the resources required for a private clinic. And to make it worse, he had no one to turn to for help. Ayden comes from a catholic family where homosexuality’s taboo, let alone transsexuality. And at that point of time, he hasn’t come out to any of his friends in real life yet.

And so, Ayden became so depressed that he attempted suicide.

I went home to down a bottle of pills and slept it off thinking that I wouldn’t wake up. I couldn’t live like a girl anymore and I don’t know how I was going to carry on living. 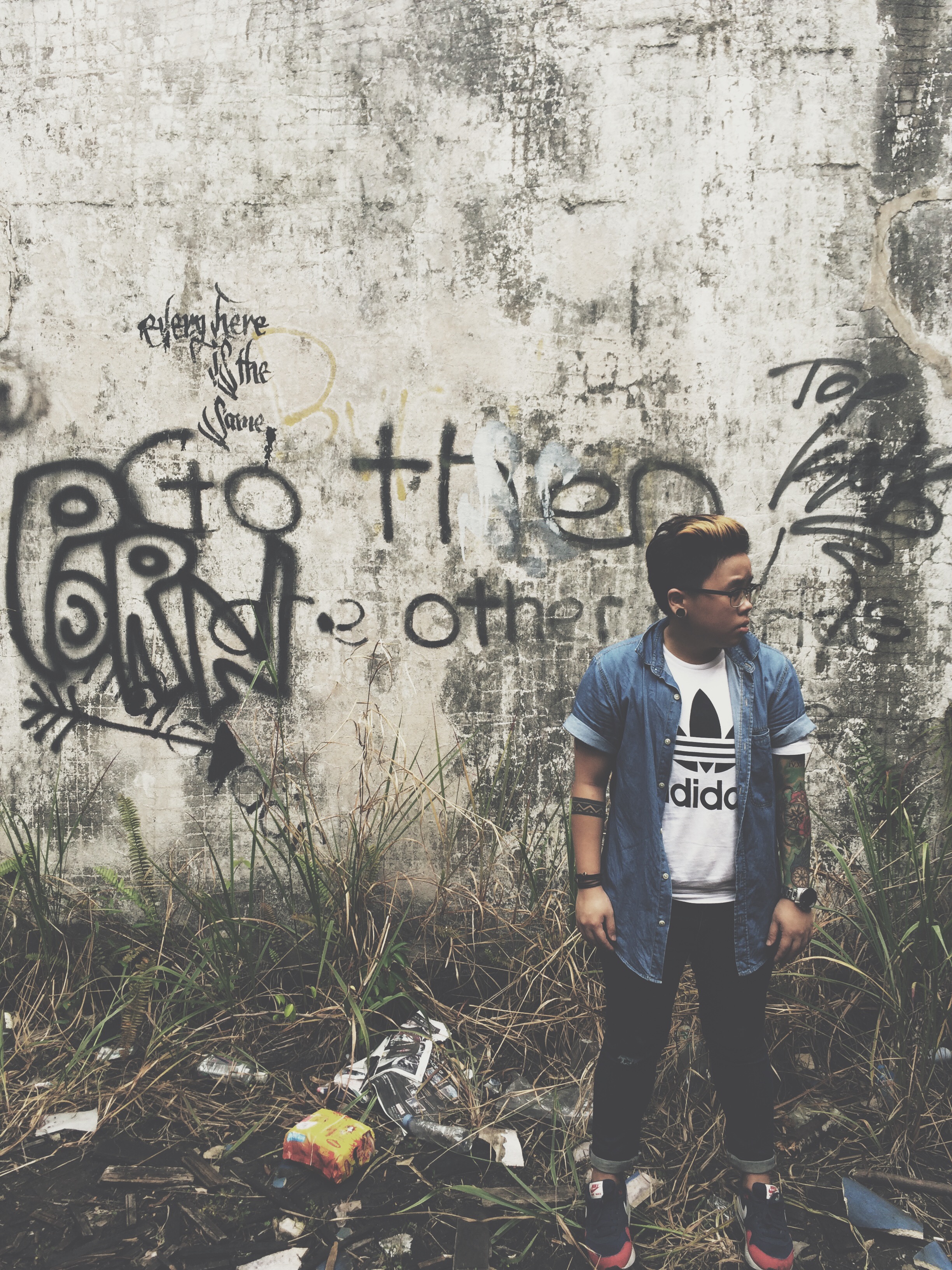 The next day, Ayden woke up to a text message from his best friend who’s also a trans man.

He asked what’s wrong with me and I broke down and told him my story and how lost I am.

Upon learning about his predicament, Ayden’s best friend hooked him up with a HRT doctor immediately.

The day I went to see the HRT doctor, I felt like I was born again because I finally could be the man I always wanted to be.

I’m currently seeing this doctor every 3 weeks to get 200mg of testosterone shots.

Ayden also subsequently came out to his mum, who has been incredibly supportive thus far. His dad however, is still in the dark.

I don’t intend to tell him because he isn’t as open minded as my mum. I don’t have a problem hiding it since he migrated to the Philippines after the divorce finalised and I don’t really talk to him anymore. 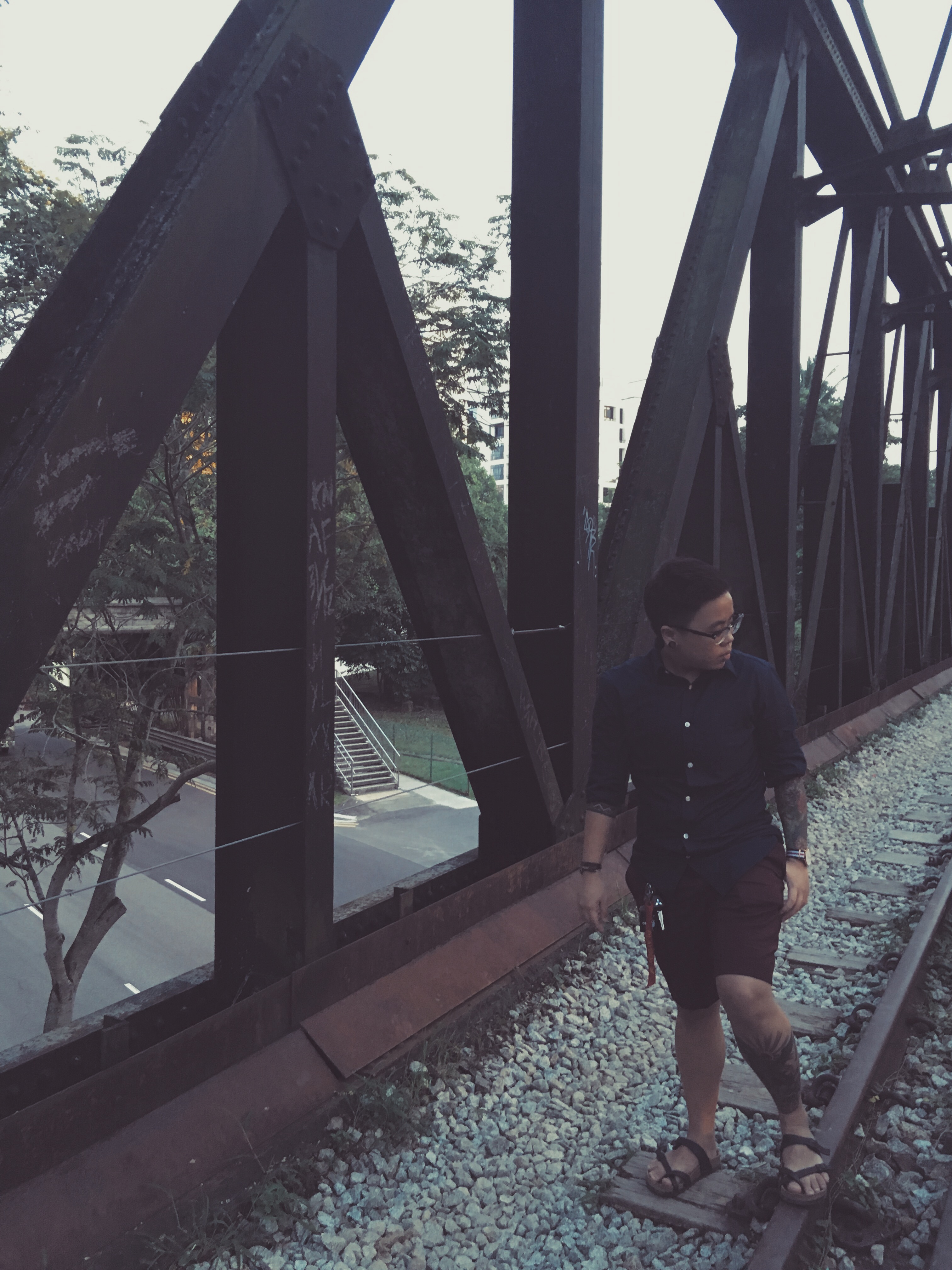 Currently pursuing a Bachelor of Arts at the University of Sunderland, Ayden is in a much happier place now than he was a year ago.

He harbours ambitions of one day, becoming a filmmaker that specialises in LGBT-related films but also lets on that his dream job is actually to be a tattoo artist. 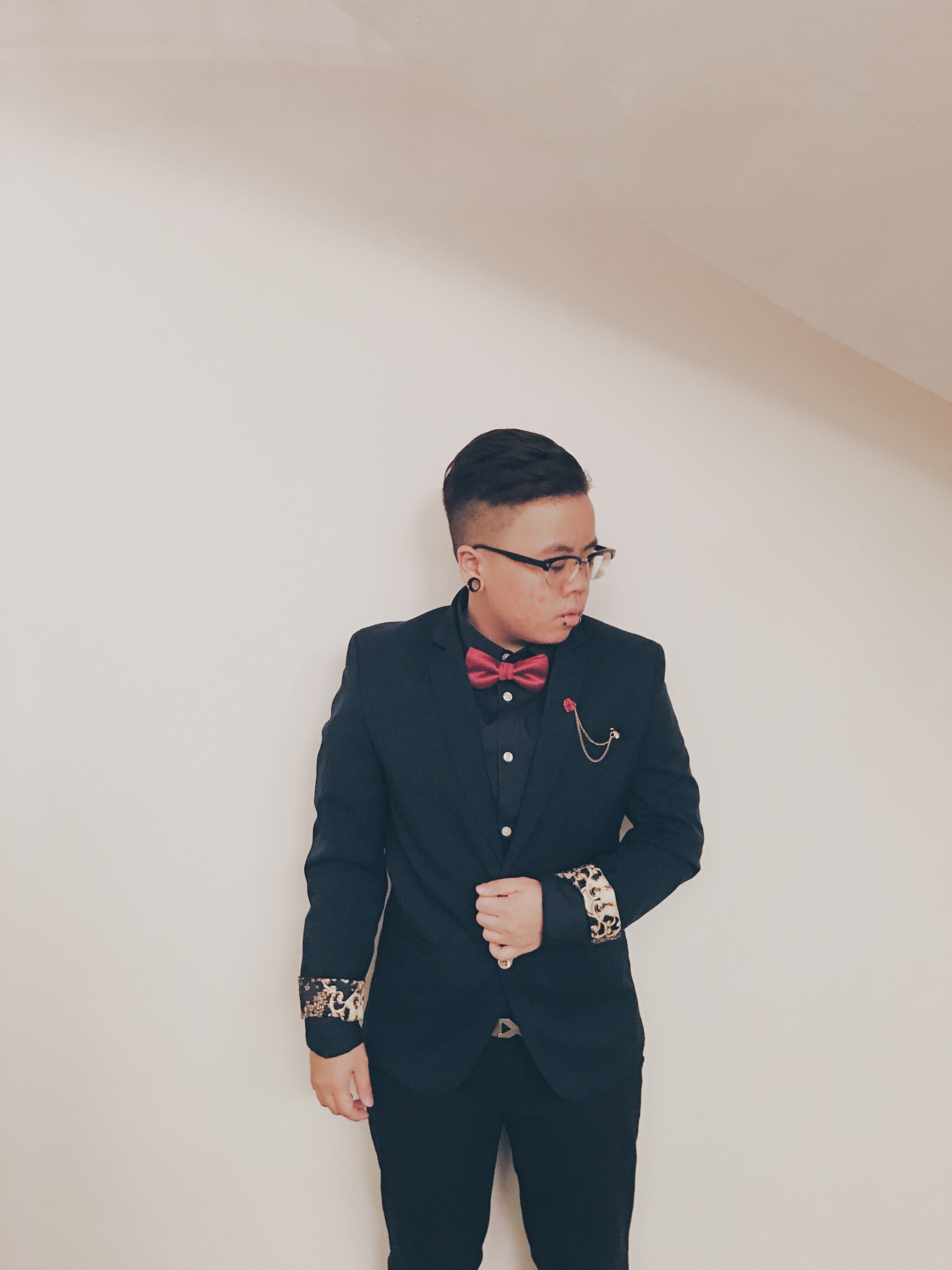 I came out as a transman when I was 20. The first person I came out to was a girl that I met on Tumblr, who so happens to also live in Singapore and knows a lot about LGBT terms.

When I told her about not being comfortable in my own body, she said she knew from the way I present myself to people and my body language that I’m transgendered. Sadly after a couple of months of contemplating whether or not she wanted to date a transman, she decided to leave me.

However, late last year when I was about 5 months into my transition, I got a big surprise when she privately messaged me on Tumblr saying she’s proud of me and she’s happy that I’m finally comfortable being in my own body.

2. Have you ever encountered any transphobic incidents before?

At school I faced so much discrimination that my whole class alienated me. I had to transfer school 2 times when I was doing my degree because no one wanted to be my friend and I literally felt like I was Shrek.

When I was working part-time last year at a well-known fashion outlet, people at work stopped talking to me when they found out I was transitioning. I couldn’t hide my transition because my voice wasn’t the same when I first started working. Once there was this guy whose extremely anti LGBT, hurled homophobic and transphobic slurs at me behind my back.

3. How has the transitioning process been like for you so far?

In the beginning I had really bad voice *dysphoria and I get called female pronouns so many times because my voice was high pitched. But in my 4th month of my transition, my voice dropped so much that one of my secondary school classmate which I haven’t talked to in almost a year couldn’t recognise my voice.

I’ll be 1 year on testosterone in July and I don’t really get voice dysphoria that much anymore but now I have chest dysphoria. Sometimes it gets so bad that I refuse to leave my house unless I have to because I still get called female pronouns and it irks me so much.

*dysphoria: A state of disatisfaction

4. How did your family react to your decision to undergo HRT?

My mum wasn’t shocked and she said she kinda knew it since I was young but she thought it was a phase. She’s so supportive that she offered to pay for my top surgery next year. My cousin was extremely shocked but she saluted me for my bravery. My aunt on my dad’s side is also supportive. These were the only people in my family I came out to.

5. What’s the most surprising thing that you discovered during your transitioning?

The most surprising thing I discovered was how supportive my mum and my close friends were. My mum’s still adjusting to calling me the right pronouns but my best friends use male pronouns when addressing me.

6. What advice do you have for other transsexuals living in Singapore?

Come out when you’re ready not when you feel pressured to do so.

Come out only to those who you feel deserve to know and you know that they will still love you for who you are no matter what. You don’t have to disclose your gender and your real identity to others unless you feel comfortable.

Singapore isn’t like UK or US where transsexuality is well known. The transgender topic is still a vague discussion in Singapore where people would rather sweep it under a rug than to talk about it.

Some misconceptions that straight people have are that they think transgendered people have a mental disorder and we are abnormal when we actually lead normal lives just like they do.

Dear transsexuals: It doesn’t matter whether you’re 21 or 51, if you feel like it’s time for you to transition, then it’s never too late to do it.

Dear straight people: Calling us by our preferred pronoun is the least you can do to make us feel at ease. It’s 2016, we just want to be treated like normal people and not get scared of being an outcast just because we’re different than you.

Once again, Dear Straight People would like to thank Ayden Constantine for sharing his story with us.

If you would like to keep up to date with how Ayden is doing, you can connect with him through @_aydxn on Instagram, or through his Twitter and Tumblr accounts.

Out Of The Closet: Bobby Luo Shares His Story 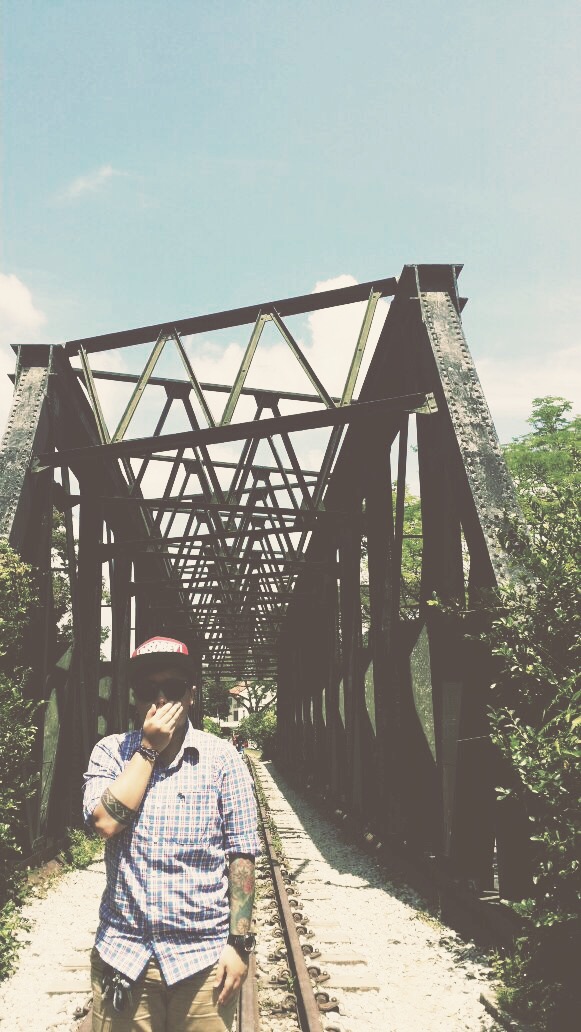