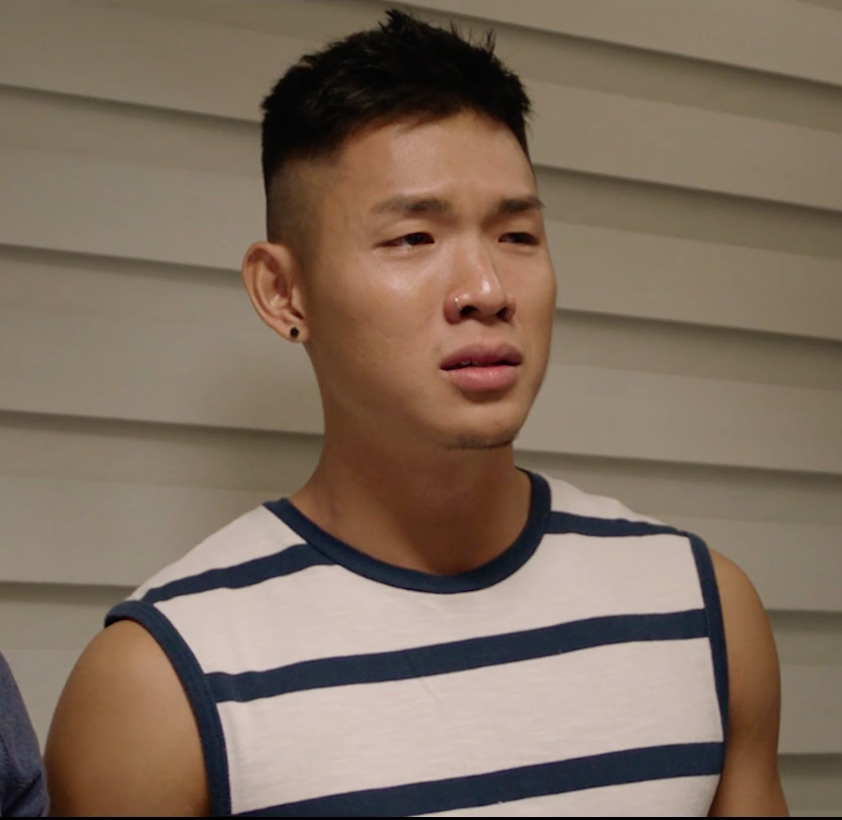 ‘Hurt’ hasn’t even been made publicly available on YouTube yet. But it has already produced a breakout star in the form of 24-year old Lokies Khan. After making its premier at Tantric Bar two weeks ago, the general feedback seems to point to Lokies’ performance as one of the film’s key highlights. 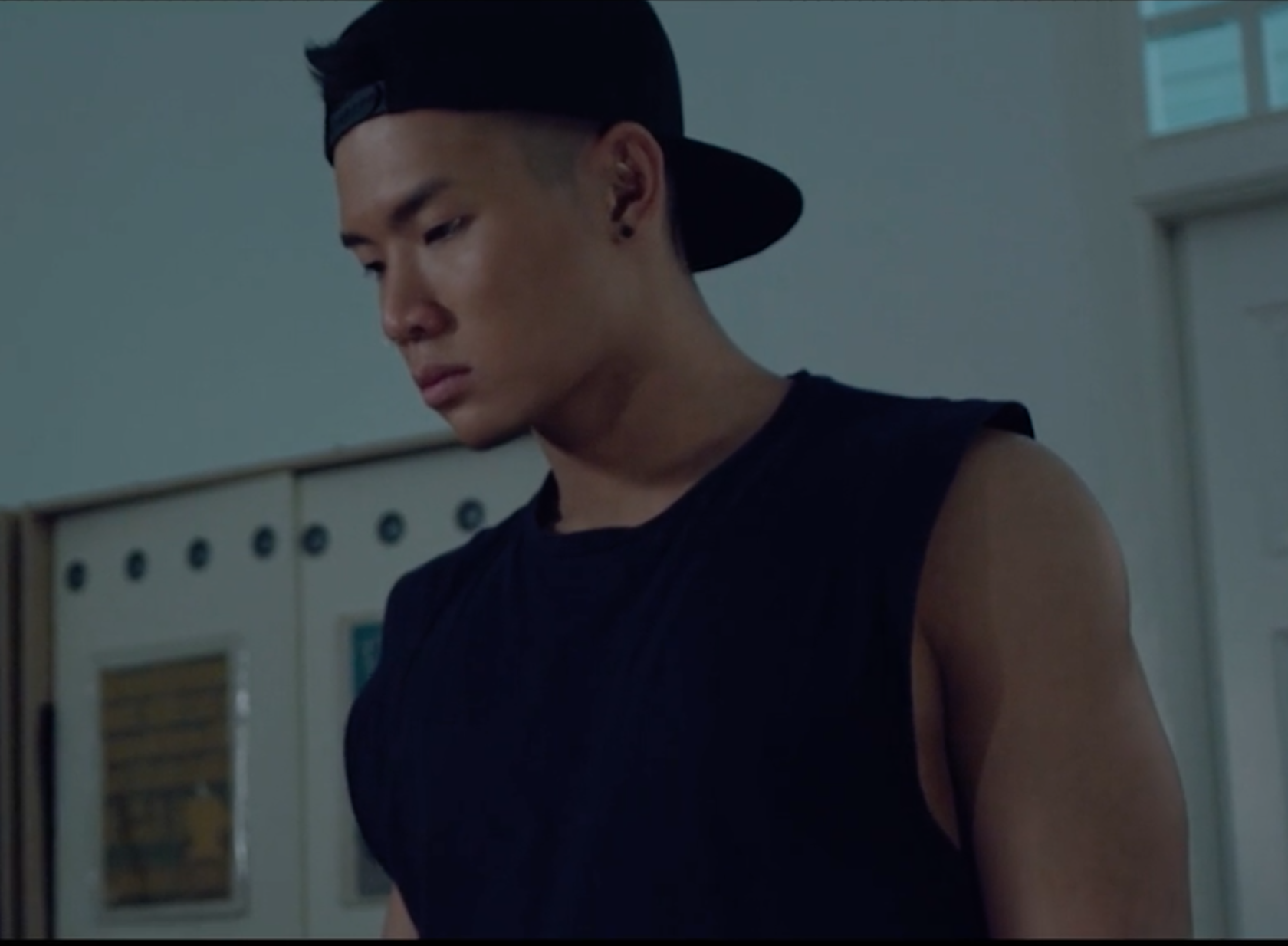 Despite the fact that ‘Hurt’ is Lokies’ first acting gig, even his biggest detractors will find it hard to fault his performance in the 11-minute short film.

We caught up with this rising star to find out more about his thoughts on his first acting project, his response to his haters, and also snooped around to find out interesting tidbits about him that not many people know about!

1. What made you decide to take on this role?

When Kieran, the director of the the film, approached me with his vision, I was intrigued with the story, and what it meant for him. And acting was something I’ve never done before, I was interested to try and see what I could bring to the table.

2. What was the biggest challenge for you in taking on this role?

My character, Jon, is a challenge on its own. He as a person is a complete opposite of who I am. I am the counterpart to everything mellow, soft-spoken and rational about him.

While filming some scenes, especially during script-reading, the outspoken part of me would take over by accident. And my voice is naturally very high, so I had to suppress it into my lower register to make Jon’s personality more believable.

3. What was the biggest reward for you in getting involved with ‘Hurt’

The biggest reward is definitely appreciating the art of acting. I finally got to experience first-hand how difficult it can be.

In a scene where I had to feel guilt and be sombre, I allowed myself to tap into dark places inside my head that triggered heart-wrenching feelings. When I let myself feel the pain that’s been in me the whole time, I ended up breaking down ‘by accident’. I remembered how it rendered everyone intensely still, even after Kieran called “cut”.

I don’t think I would have had the opportunity to acknowledge this hurt in me have I not needed to feel it for the sake of acting. It was immensely liberating.

4. How was filming the kissing scenes like for you?

It went ok for me. I had my fair share of worries initially when I was first approached to act, but when it came down to it, I didn’t feel awkward on set at all. I was pretty chill and to think of it now, it really wasn’t a highlight for me during principal photography.

5. If you were single, would you date your co-star Clarence?

No. And not because he’s a terrible person! But it’s something everyone can tell y’know, whether or not if a person is someone you would date.

That said, Clarence is an incredibly good catch. He’s unaware of his own strengths and he is one of the most genuine persons you’d ever meet. Whoever ends up with Clarence is a lucky man.

6. If you could choose any actor to play Clarence’s character instead, who would it be?

ARIANA GRANDE! Just because. I love her, and I would love to play a straight guy even if it’s just for a second.

7. Why should people watch ‘Hurt’?

It’s a film that was brought to life by the hard work and effort of many people. Each scene, no matter how minute or short, was shot to such fine precision and detail, it really makes me appreciate filmmaking. It’s not easy, and a lot of the times we movie-lovers don’t realise what we see at face value, requires so much labour behind it all.

So even if the story doesn’t relate to you, or if you don’t like the writing, or if you hate the actors and our acting, the fact that this film is at its core — a work of art — deserves a chance. It’s absolutely beautiful to watch.

8. There was quite a bit of a backlash against ‘Hurt’ when our interview with the director went viral. How do you feel about it?

It puzzles me how some people could form a negative reaction to a film that isn’t even out yet.

Some say it puts a negative light/stereotype on the gay community. Ironically, wouldn’t that mean they acknowledge that infidelity is an issue in the gay community? Like sex education, things that make people feel uncomfortable to talk about are things that needs to be talked about more often and more openly. You can’t be nonchalant and avoid it forever. Why are some of us showing the same kind of ignorance bigots show to us?

There are people who are quick to insult that our acting is bad just from watching the very short trailer. Everyone but Chun Yu have no acting experience. We won’t be surprised if you don’t like our acting, but it must take a lot of bad energy to motivate people to hurl such weightless remarks, hoping it will cause a splash.

There are also people who didn’t take Kieran’s answer about why people should watch ‘Hurt’ in his interview too well. The tone to his textual answer was sorely misunderstood by some. His answer was meant to be slapstick, tongue in cheek, true to what makes Kieran so easy to be friends with.

9. How was the response to the film’s premier at Tantric like?

Despite all the backlash, the premiere was a great success. The turnout was overwhelmingly huge, and we were all feeling butterflies in our stomachs.

But the response to the film thereafter was very positive, clearing a lot of doubts and uncertainty some people initially had. I am confident this success will carry on once ‘Hurt’ sees its YouTube release.

10. Would you be interested in taking on more acting projects in the future? If so, what kind?

Absolutely. But as for the kind of role, I don’t know, and I don’t think I have enough experience to know how I’d like to challenge myself in acting. I’m open to suggestions as of now

11. What’s something interesting about you that not many people know about?

I don’t drink. I can’t stand the taste of alcohol.

Judging a book by its cover is a cliche every gay individual have experienced firsthand. Don’t let a superficial misunderstanding deter you from watching ‘Hurt’.

And before you say the film is not doing the community any good, perhaps it’s more important to ask what can you do to contribute to the community.

HURT will be up on YouTube soon so like their Facebook page to get the latest updates! You can also check out the interview with the director here.

Confession: I Leaked My Boyfriend’s Nudes Because He Cheated On Me