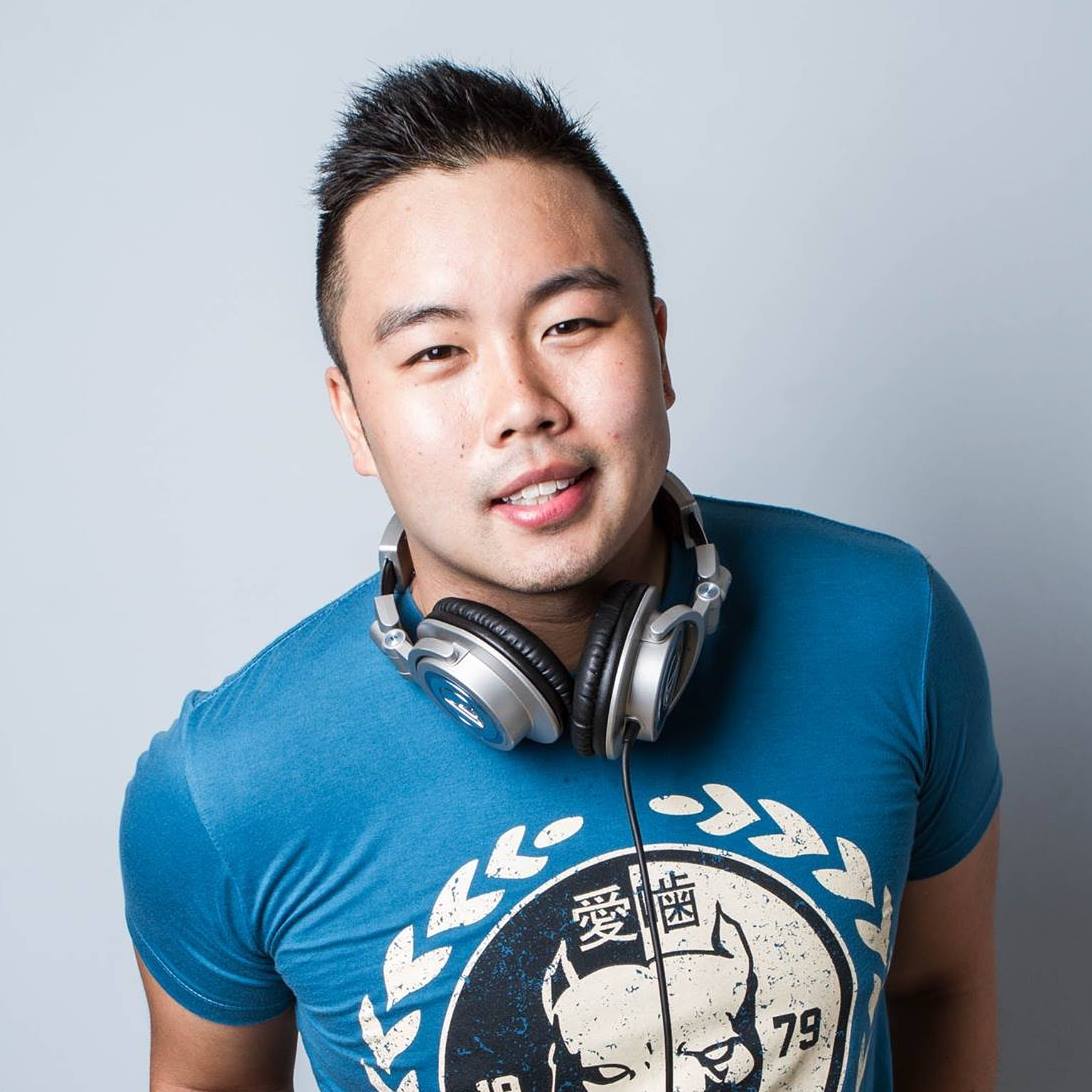 Out Of The Closet: Isaac Chan Shares His Story

A familiar face in the local gay party scene, Isaac has spun for plenty of LGBT friendly parties across the nation. Despite his numerous gigs in clubs ranging from Zouk to Attica, Isaac is still heavily associated with PLAY – the iconic gay club that first launched his career as a DJ and HYPERTAINMENT – which helped pushed him into the regional clubs such as DivineBliss in Kuala Lumpur.

PLAY may have closed its doors in 2014. But Isaac continues to keep the PLAY spirit alive as one half of the organising team of PLAY’s roving parties. So it’s little surprise that the general perception of Isaac is merely that of a party boy.

A lot of people think I spend my weekends drinking and bar hopping in Tanjong Pagar.

Truth is I’m usually gaming late into the night at home lol. 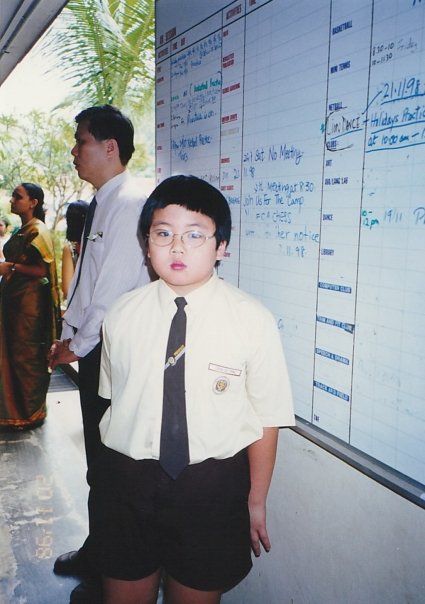 Overweight and socially awkward during his younger years, nobody would have expected Isaac to grow up to become a DJ.

From the age of 10 to 14, Isaac was rejected by 12 different girls. In a strange turn of events, it was the rejection from the opposite sex that steered him towards men.

I thought maybe it was a sign for me to start exploring the other option: men.

After chatting on MIRC at 14, I met up with a few guys and finally realized that I’m gay.

While Isaac had little trouble accepting his sexuality, the same can’t be said of his family. 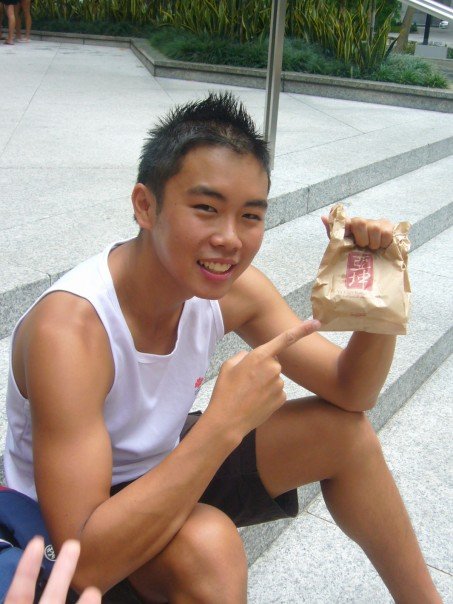 Heartbroken after his first break up at the age of 19, Isaac turned to his mum for comfort.

I didn’t have many gay friends I could trust then, and just by pure emotional reflex, I just went to my mum and told her about it.

Shocked by the revelation, Isaac’s mum remained in denial and tried ways and means to turn her son straight.

We went through counselling, psychiatric therapy etc. But I never held it against my mum.

She was simply a mother who sought out ways to give her son a better life, or an alternative perspective. 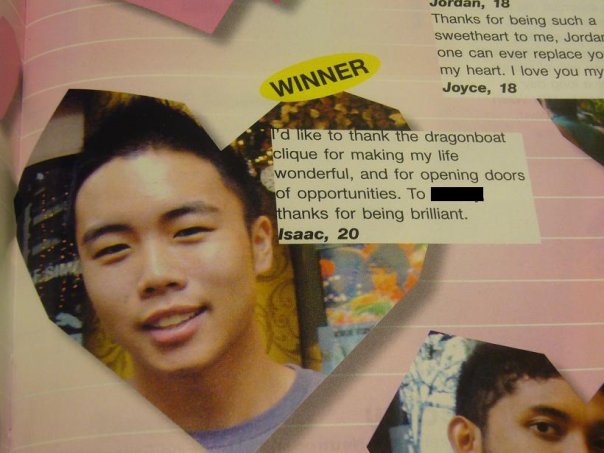 Shortly after his first failed romance, Isaac joined a prolific dragon boat team. Together with his team mates, they would frequent PLAY club every Friday and Saturday and he would blow most of his NSF allowance on booze.

I guess word got around that I could speak quite eloquently and wouldn’t shy away like the typical Singaporean gay clubber.

So in 2010, they contacted me to host their annual dance & drag competitions; PLAY ON DANCE OFF and DRAG ACADEMY respectively.

Shortly after, Isaac was hired as a marketing executive for PLAY. 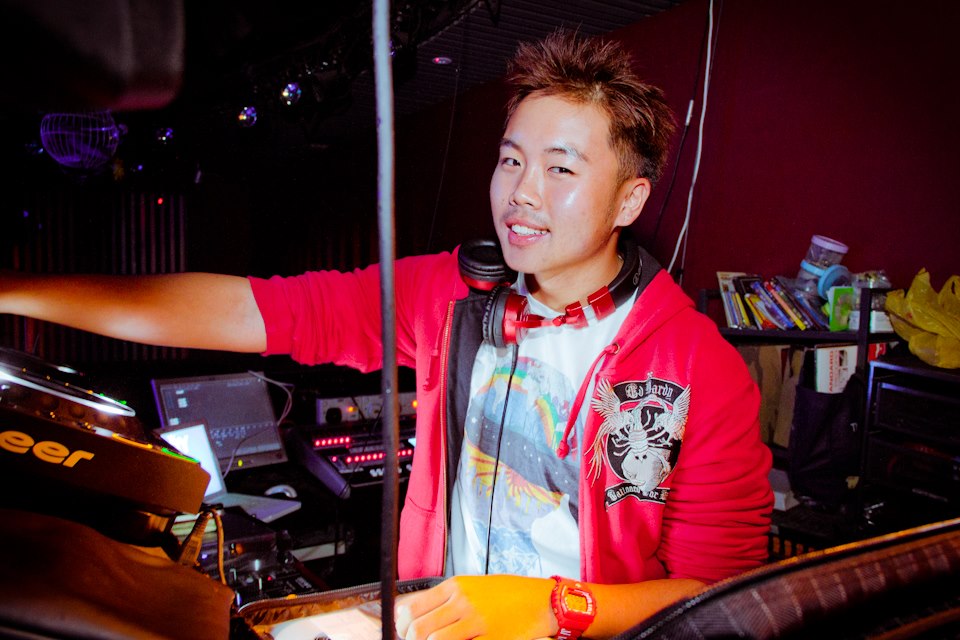 6 months into his new marketing role at PLAY in 2010, Isaac decided to pick up DJ-ing.

I wanted to do something beyond just drinking/PR-ing every night as a PLAY staff.

Armed with a diploma in classical music, learning the musical part of DJ-ing was a breeze. The technical aspects of it however, required some getting used to.

During weekdays when the club wasn’t open, I would burn some CDs, turn on the machines and started learning how to beatmatch the music on my own. 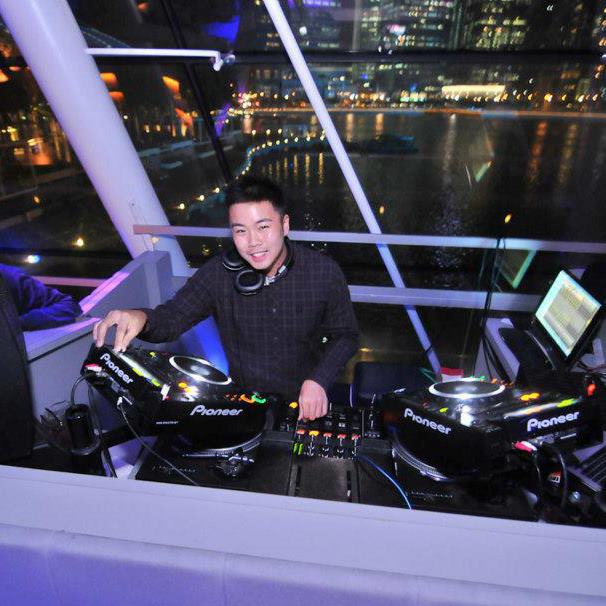 His efforts eventually paid off and Isaac was given a residency at PLAY in 2012. Influenced by radio hits and his mentor, local veteran DJ Leonard T, Isaac has gone on to develop his own sound that can be best described as a fusion of top 40 hits and EDM.

Apart from clinching a residency at 1 Altitude club in 2014, Isaac’s sound has also allowed him to DJ alongside big names such as Yolanda be Cool and DJ Head. He also heads the PLAY and Hypertainment parties and you can find him at WOOBAR @ W Sentosa on party nights as part of their resident DJ lineup.

While he doesn’t have a favourite singer, he does have a soft spot for Alicia Keys.

I do admire Alicia Key’s longevity in the industry. 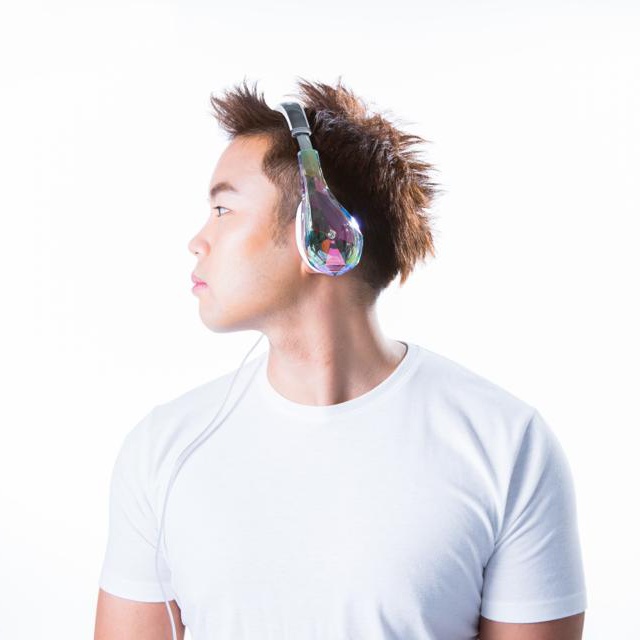 While music is undoubtedly a big part of his life, DJ-ing is just a side job for Isaac.

By day, Isaac is a digital account manager in an advertising agency. When he’s not busy working on marketing campaigns, you will probably find Isaac busy with his two adopted street dogs – Whiskey and Leo!

Currently single and available, Isaac enjoys gaming and yoga in his free time.

I like men who are straightforward, funny and aren’t intimidated by what I do for the community.

Also, while I generally appreciate guys who make an effort to workout, it shouldn’t be his obsession. If he ditches an impromptu brunch date for legs day, it’ll be an issue lol

Currently in the midst of preparing for PLAY’s upcoming 10th anniversary celebrations, Isaac aspires to one day open up a LGBT-friendly nightclub and DJ for gCircuit at Songkran! 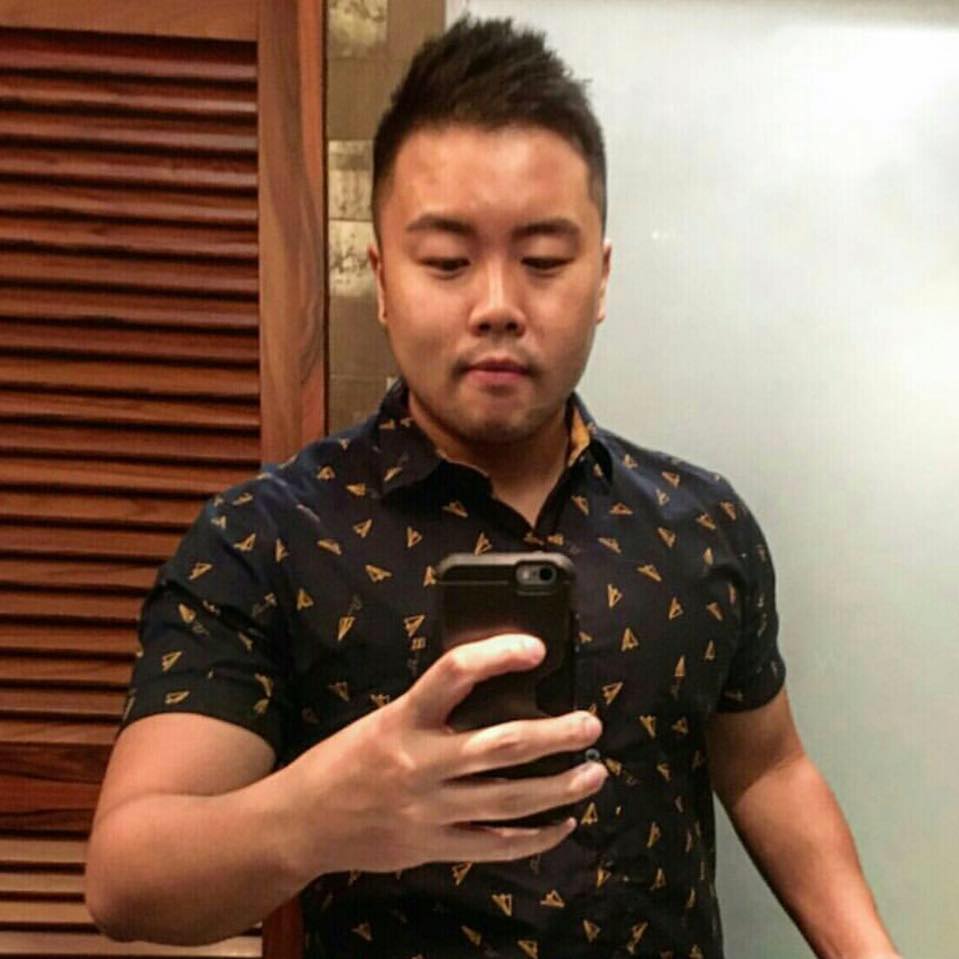 It was at a chalet at my first workplace right after O levels.

My female BFF & I were part-time staff for Sizzler (Suntec City) and we had a staff retreat. I think we were talking about our aspirations and I think I felt so comfortable I sort of told her I had feelings for men. She was very shocked, but she decided to be supportive for me regardless.

I‘m thankful for how she reacted so positively to it, had she took it in a bad way, I wonder how I would have developed myself.

I remember coming out to mum in 2007 (dad passed away in 2005). She was initially in denial, but she’s now more … accepting? I would use that term loosely. She occasionally jokes on when is she getting a son-in-law lol.

For my brother, he’s cool with it, as well as my sister-in-law. They just told me to stay safe and not get hurt in the process of finding someone to settle down with.

3. How did you first enter the queer nightlife scene?

In 2006, I was in my final year of Ngee Ann Polytechnic studying Film, Sound & Video and we were looking for a bar to film our project.

I randomly walked into Tanjong Pagar and met Bernice back when MOX was open [Mox was a gay bar that operated in the same building where PLAY/HAPPY used to be]. After the filming was over, Bernice offered me a job as a waiter (and eventually bartender) there.

4. How did you become involved with the marketing at PLAY?

In 2011 when there was a vacancy for PLAY’s marketing role, I pitched and had to go through an audition process alongside a few other people.

We each had to execute a party (propose concept, performers lineup, DJ lineup etc) for one Friday in June 2012. I wrecked my brains and decided to do a neon glow party where I rented blacklights, splashed paint all over the club and made it stay that way for the entire night.

I guess they liked that idea and the sales so much that I was hired.

5. As someone familiar with the gay nightlife scene, how has your experience with the gay scene been like and how has it changed over the years?

Mostly positive. Through my endeavours in the nightlife scene, I’ve had experiences that have humbled me, friends that have sustained me and mentors that have empowered me.

Growing up in the gay nightlife scene thrusts you into the spotlight and it does change people’s perception of you. Most of my friends found no change in who I am before and after I started working at PLAY. But it’s funny how acquaintances perceive me to be arrogant or full of myself. I sometimes have to play the bad cop in some situations (probably that’s how that false perception did), it’s a business that we have to upkeep after all, not charity.

Also, the use of social media has clearly changed the landscape. On one hand it’s easier to market and reach out to clubbers through social amplification. On the other hand, you’d see more people using their phones the entire night, rather than dancing and checking out who’s actually in front of them.

6. Are there any issues plaguing the local gay party scene now that you would like to highlight?

I won’t say they’re key issues, but with the lack of licenses issued for nightclubs in Tanjong Pagar, it’s very tough to re-open a club in this district.

For our pop-up parties, our original objective was to have 10 parties this year since it’s PLAY’s 10th anniversary but the lack of clubs offering spaces impacts us greatly.

We’re not giving up though, and are looking for both a permanent spot, as well as venues that would host us.

7. What does PLAY represent to you and what drives you to continue to keep the PLAY spirit alive?

Before PLAY, it was traditional house/handbag music and drag shows with a standard format. With PLAY, we’ve brought forward the idea of mashing up genres into an open format and, in the words of a PLAY supporter,”being able to make out with your same-sex partner while raving to Calvin Harris“.

Also, PLAY has a strong belief in encouraging Drag Queens with little or no experience to perform. Beyond Drag Academy (our annual Drag Queen Competition from 2011-2013), we’ve always hired a good mix of veteran & new queens to perform for our parties. So if you’re a baby drag queen who’s looking to perform and would love to get some guidance, drop me a message! 🙂

But most of all, PLAY is my second home. I grew up with this brand and I truly believe in it.

8. What do you think is the biggest misconception that straight people have about gay parties?

9. What advice do you have for gay people still hiding in the closet?

Take your time to come out.

Not everyone has the luxury of acceptance, so if you think it’s not the right time, don’t rush it.

We have been looking for club spaces to open up a nightclub, but no promises as location, licensing and rental are factors we have to consider. 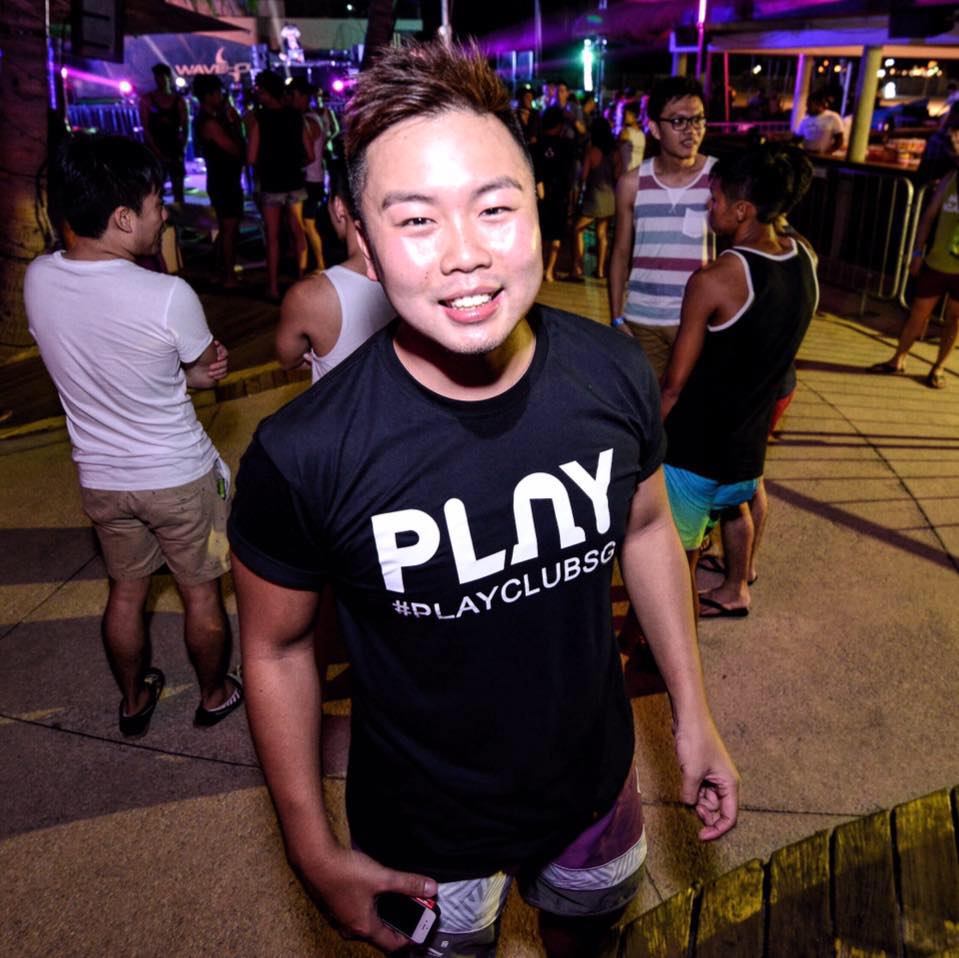 Once again, Dear Straight People would like to thank Isaac Chan for sharing his story with us.

If you would like to keep up to date with how Isaac is doing, you can connect with him through Facebook and Instagram via @izackchan. You can also connect with PLAY through their Facebook page!