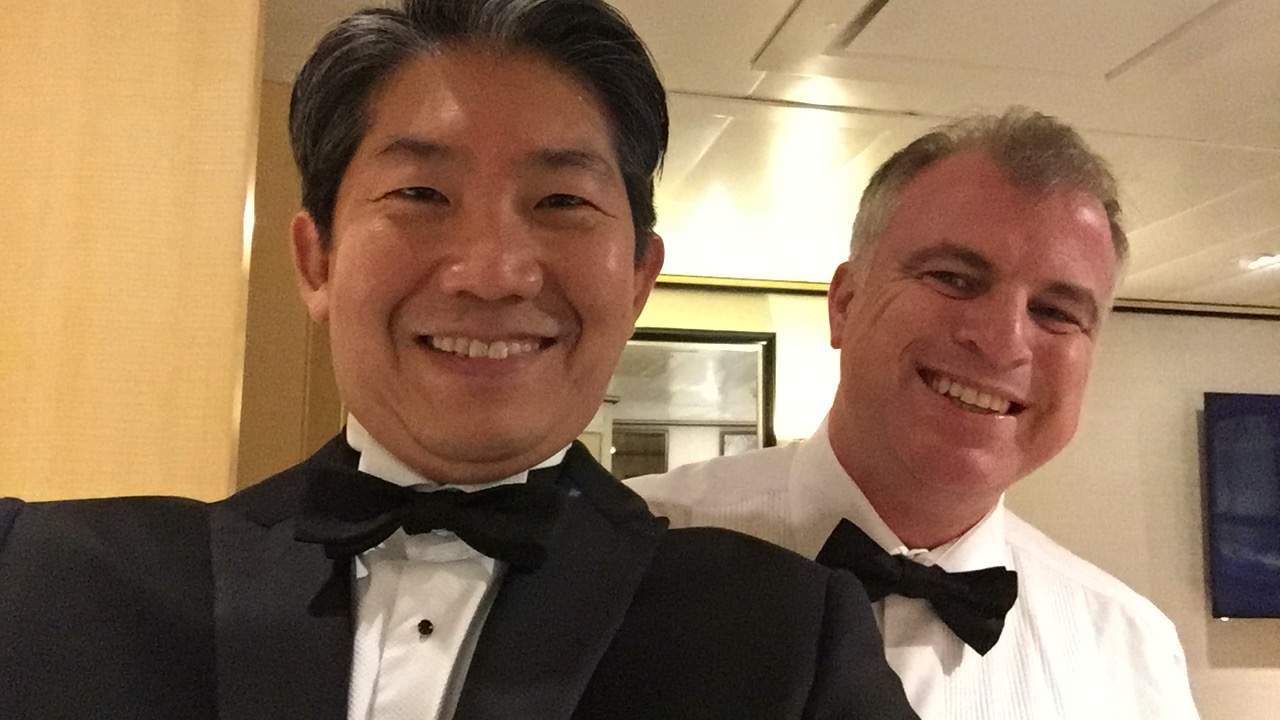 Fathers to a pair of adopted boys, the Koh-Waites are not your typical family. Although same-sex families are becoming increasingly common, not everyone has taken kindly to their existence. The Koh-Waites found this out the hard way when a Chinese waitress confronted them publicly while they were out dining in Singapore.

The incident sparked a furore that became the inspiration of Pangdemonium’s first ever original production ‘TANGO’, directed by co-founder Tracie Pang who states in an interview:

We’re not trying to court controversy.

We’re trying to tell a story about a different family trying to fit in here and why it’s a struggle for them.

Compelling as the incident was, it’s not the only story I’m interested in today. The story I’m keen on uncovering is a story that until now, has managed to evade media attention. The story that you’re about to read, is the inspiring love story of Mark and Ed Koh-Waite.

The story of Mark and Ed began at the birthday party of a mutual friend.

Mark was immediately smitten with Ed when they first met, but was unsuccessful in getting the latter to go out with him. Despite the initial rejections, Mark did not give up on his pursuit.

Ed: Our first date happened after three months of perseverance from Mark, who was texting and calling and eventually, our friends hinted that I should give the guy a chance.

When we finally met for the first date, I ordered soup and he ordered a salad, in case it went horribly wrong and we needed an escape! 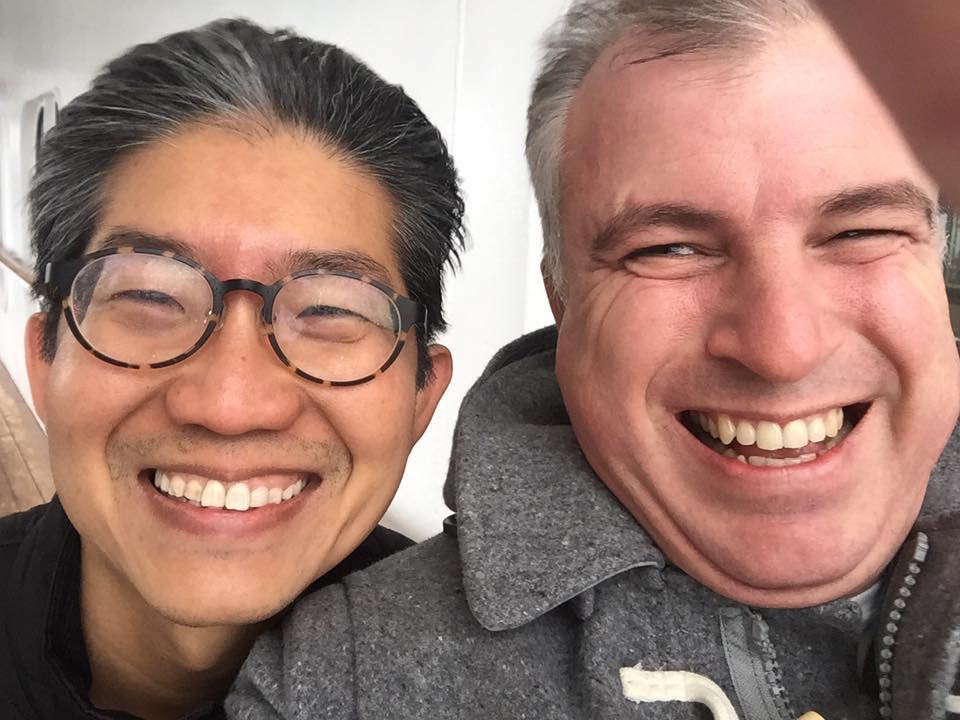 Thankfully, their first date panned out well and thus began their whirlwind romance.

Ed: We connected from the first date onwards and we had such a great time that we met again for dinner, strolled down Orchard till past midnight and both felt we never wanted to part again.

After three months of courtship, Mark decided to take their relationship to the next level by proposing to Ed at a Kylie concert in Munich!

Mark: I guess proposing at a Kylie concert is a bit of a gay cliché, but it worked for us.

It was also the first time Ed had met my family. My brother and his wife also got engaged on the same trip, so it was definitely a memorable occasion. 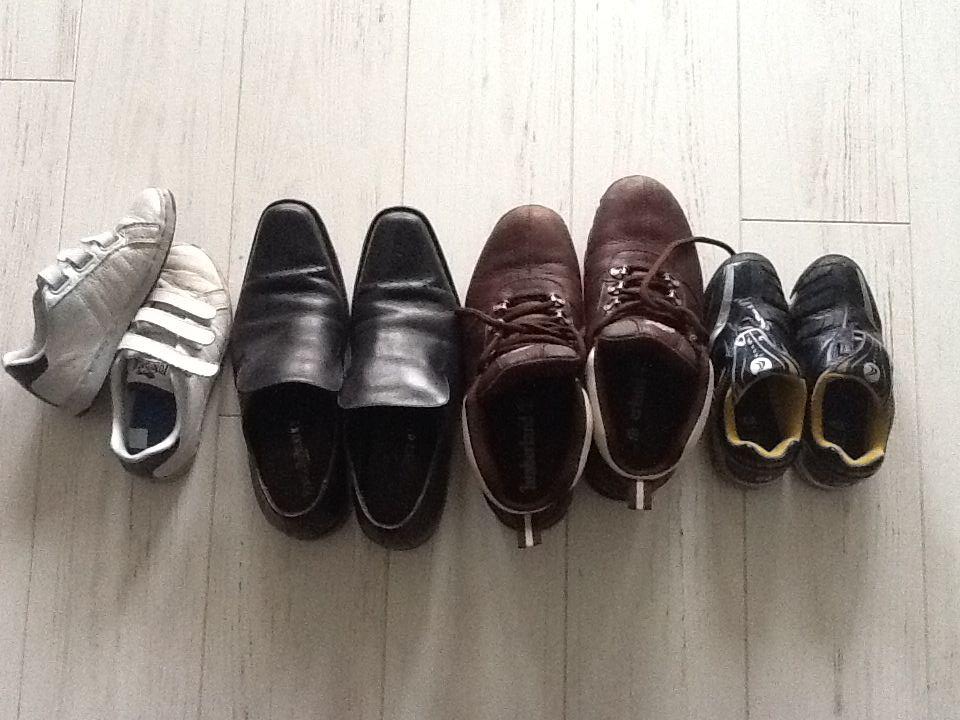 After tying the knot, the next step for the Koh-Waites was to adopt kids. For the next two years,  the couple fought an excruciating battle to earn the right to adopt children.

Ed: We had to share very personal details of our lives with our social worker who was a complete stranger to us, in order to assess if we would be fit parents.

I’m not sure how many traditional couples would be allowed to have children if they were subject to the same process.

The couple eventually passed the assessment, but their troubles were far from over.

On a seemingly ordinary family night out in 2014, the family of four was confronted by an angry waitress while dining in a Chinese restaurant.

Shocked at the fact that a gay couple was allowed to adopt children, the agitated waitress caused a scene. She interrogated the pair about the boys’ biological mother and even started banging cutlery on the table.

Unfortunate as the incident was, it served as the inspiration for TANGO by Pangdemonium – the local not-for-profit theatre company founded by local thespian Adrian Pang and his wife Tracie.

Written by playwright Joel Tan and starring Koh Boon Pin, Emil Marwa and newcomer Dylan Jenkins, TANGO hopes to shine the spotlight on families and explore the issues and questions that accompanies them.

Approved by both Mark and Ed who attended an early reading of the play, the couple hope that the production will help show that there are many different definitions of family and they each bring with them their own challenges and frustrations.

Ed: I hope they would see that families come in all shape and sizes and what is most important is that the children are in a safe and loving environment.

Read on to find out more about the Koh-Waites in the Q&A section and find out how you can win a pair of Cat 1 tickets worth over $120 to TANGO! 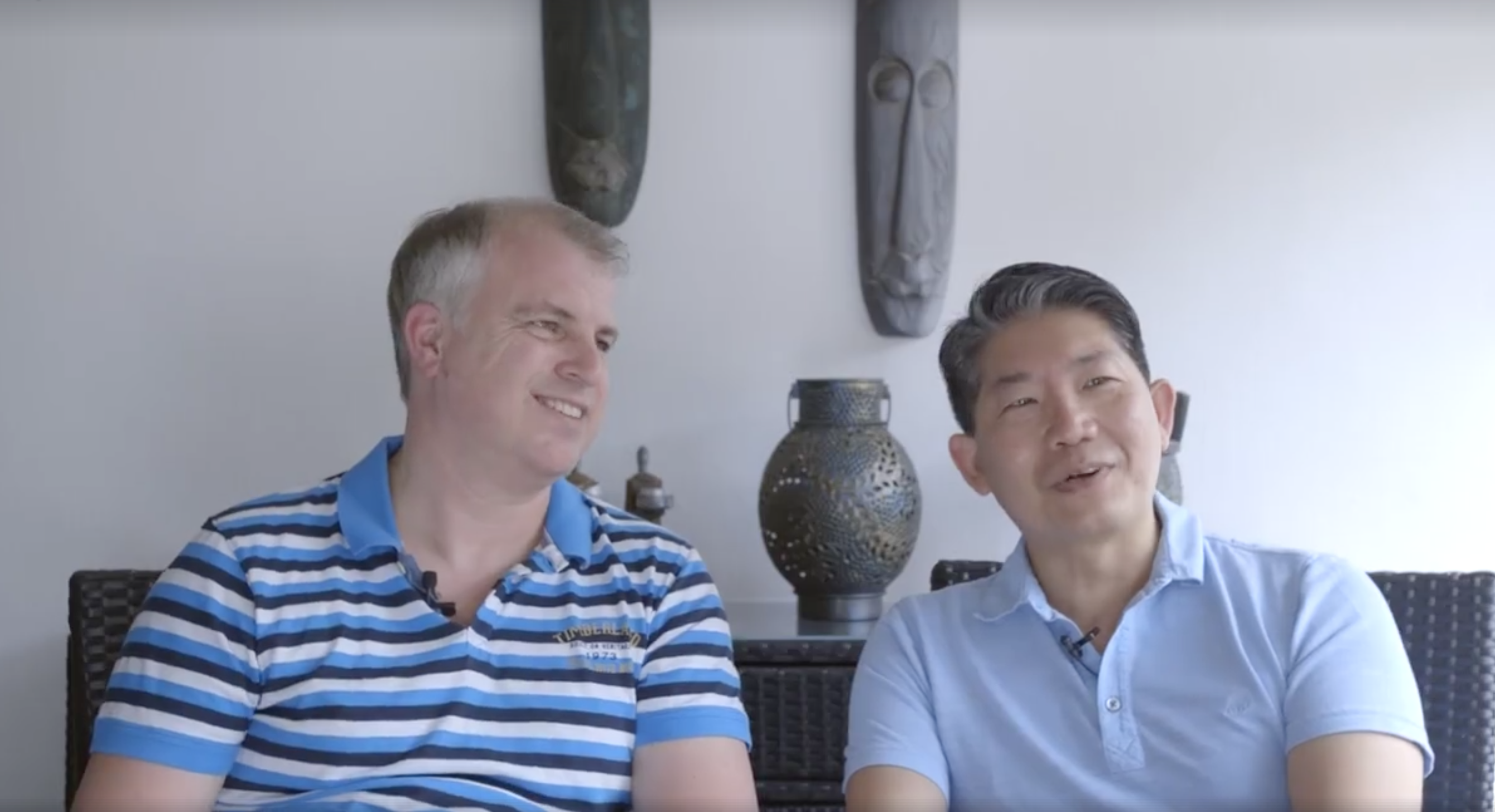 1. What was the adoption process like and what were some of the challenges the two of you faced?

Ed: The adoption process at that time was brutal and took up to two years before we were even approved as adopters. We went through another two years of matching with the “right” child as the law back then limited our search to only British-Singapore mixed children.

2. What were some of the challenges that both of you faced as a result of being same-sex parents?

Ed: We get the usual voiced concerns if the boys will lack maternal influence.

Mark: The biggest challenge was suddenly becoming a party of four. I remember  we were sat opposite these two little boys and they were staring at us… but we didn’t know what to say to each other.

That was the inspiration for my blog 4 Relative Strangers, as we were all suddenly related and yet knew nothing about each other. Family doesn’t just happen, you have to work at it and in adoption that’s very much the case.

3. What’s your advice to other same-sex couples looking to adopt?

Ed: They are not accessories and they will completely change your lifestyle in ways you couldn’t prepare for. So do some deep soul searching and consider carefully why you want a start a family.

Mark: My advice to potential adopters now, enjoy the waiting period rather than regretting it, the adoption will happen, it just takes time to get it right.

Make sure you do your homework. Unlike surrogacy, or having your own kids, adopted kids come with a myriad of issues. After all, if these children had been treated poorly then they wouldn’t be up for adoption.

And, if you still feel adoption is the right route then go for it.

4. What do you think is the biggest misconception straight people have about same-sex families?

Ed: One of the biggest misconception is that the children will be turned gay and grow up with an appreciation of great musicals and sense of fashion.

In truth, many children grow up listening to the popular music of their times and they like to dress the way their friends do, which most parents have absolutely no control over. As for turning them gay, the memo is out that you are born that way.

Mark: The other issue is that everyone seems to assume that children of same-sex parents will be bullied. My answer to that is simple, teach children not to bully!

5. What do you hope audiences take away from watching TANGO?

Ed: Tango is a very personal story to us and we hope the audience would take away lots of positives of the sacrifices and struggles parents go through because of the unconditional love they have for their children, regardless of whether they are straight, gay, single, young, old, birth family or adopted.

Mark: I think Ed has said it all. I can only add that everyone is quick to judge, especially in today’s social media obsessed society. But who are we to judge how anyone else lives their life. I would like people to leave Tango and think about how they judge and perceive others and whether that judgement was a fair one.

Ed: This is a great piece of work by Pangdemonium which I hope the audience would enjoy.

Mark: I can only agree with that! I just wish I was in it!!!

Pangdemonium has very generously agreed to give away a pair of Cat 1 tickets worth over $120 to one lucky reader so head on over to Dear Straight People’s Facebook page to find out how to win!

Contest ends on Friday, 19th of May. Prize winners can choose either attend the show on either Sunday, 28th May, 3PM or Sun, 4 Jun, 8PM.

UPDATE: Giveaway contest has ended. But you can still grab your tickets to catch TANGO here.