An Open Letter To Everyone Tired Of Gay Hook Up Culture 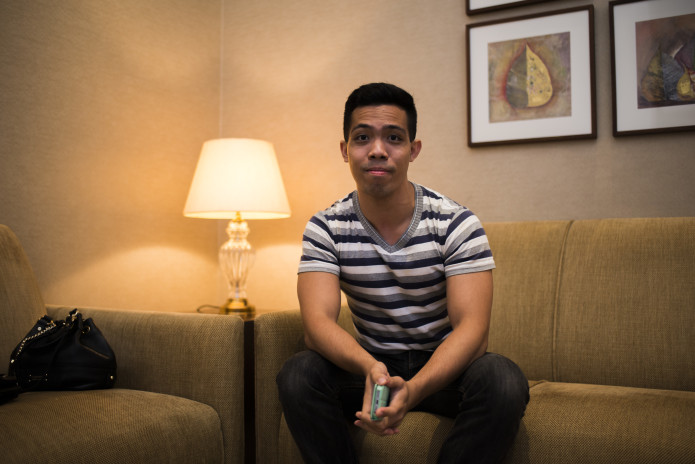 I don’t quite remember the first time I met someone through Grindr but I definitely remember the thrill of it.

Before I owned a smartphone, I would borrow my relative’s iPod Touch and secretly download the app to see who are the gay men around me before deleting the app once I had to pass the device back.

When I got my first smartphone, the app was a drug to a world of hedonism that sucked me in. At 18, all I wanted to do every weekend was fire up the app, see who was in my area and hook up with them. It was much easier to find someone than using the forums or the IRC, back in the day. The convenience of getting anyone you wanted within metres away and getting turned on by the photos was an addictive thrill that lasted for months, and then years. It was the heroin that I could not shake off.

As the thrill wore off, so did the yearning for superficial flings. I started craving for a genuine connection but between the bars, clubs, circuit parties and casual sex, finding something deeper was hard. I doubt I’m the only person who feels this way: in an online world, Grindr is probably one of the first points of introduction into the gay world for any gay man.

However in this world, I began to wonder: could I find a genuine connection in the community other than a Saturday hookup?

Sexualised environments now are probably the only ones available digitally for people like us.

Overly sexualised environments today are unfortunately the only ones available digitally for much of the queer community, and plague us from truly connecting with each other. Sure, I’m all for sex-positivity but finding an environment that does not have the connotation of sex is tough.

Forming platonic relationships is tough in a landscape where gays have been primed by digital platforms and advertisements to think of each other as sexual objects and not kindred spirits going through tough times together.

I was lucky to have two queer friends in secondary school — one who was gay and one who was a transgender man — who would bring me and some other friends to group activities where we engaged in mutual interests, such as reading books at the Pelangi Pride Centre library or playing board games at queer-friendly cafes.

However, most gay men I know are not that lucky. Sometimes, their world begins with a sexual connotation, and ends up in a whirlpool of insecurity, drugs and risky sex. Grey friendships start forming and then unnecessary drama ensues; in an age of Instagram, this all gets played out publicly in a very ugly way.

It is also age-agnostic, where I see gay men in their 40s playing the drama game similar to gay men in their early 20s. Is this how we crave for validation? Does it have to be this way for the community? Surely, we can do much better, I thought. 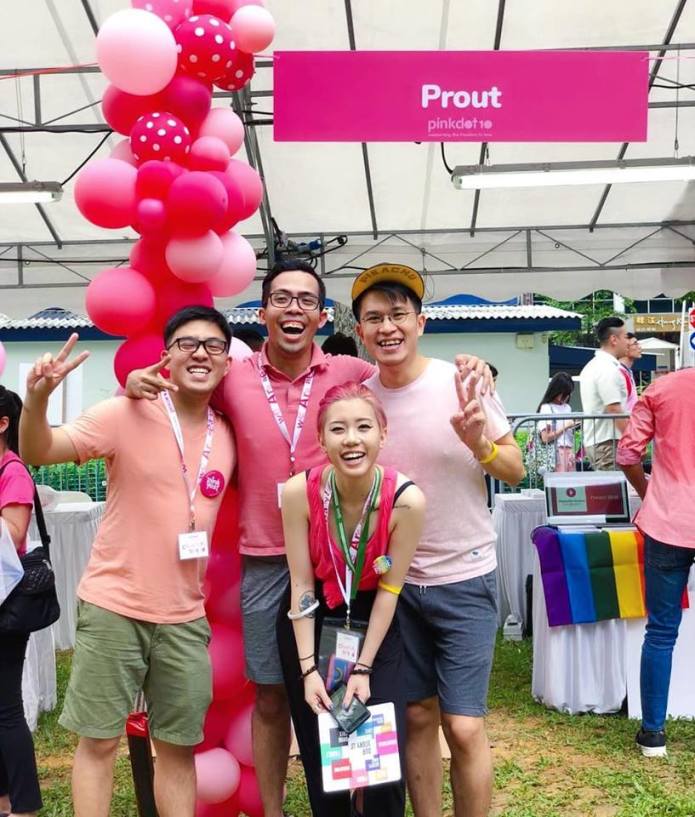 I truly believe we can live in a future where gay men can form safe and meaningful friendships through healthier avenues. I also believe other communities within the LGBTQ community need this avenue as well, such as the underserved transgender and bisexual communities.

Rather than mutual attraction, gay men and the wider LGBTQ community can and should be forging friendships with people that have something in common with them. It makes it easier to go out, do something together, achieve a common goal and begin creating a safe space to form a genuine connection.

It was this vision that led us – myself and two other operations and technical co-founders – to create Prout, a combination of the words “proud” and “out”. 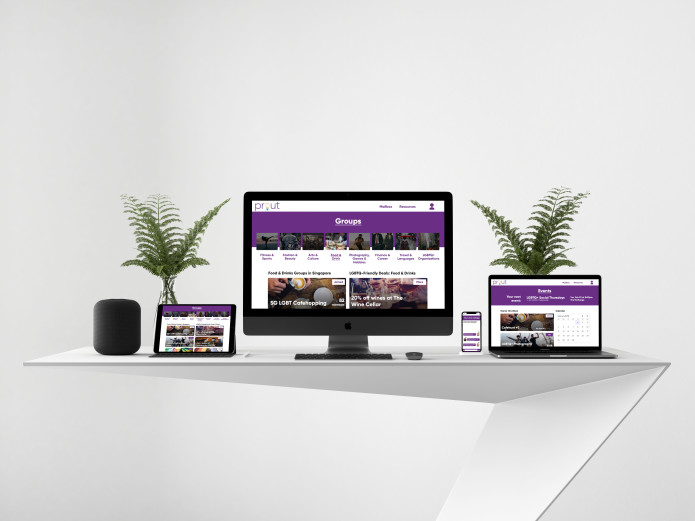 Prout helps build safer online-to-offline spaces for LGBTQs by matching people through mutual interests and recommending events led by verified organisers that support and protect LGBTQs. We aim to build safer spaces where people find their true passion and form a community around that through meetups and a healthier support network.

We launched a Telegram channel to broadcast Asian LGBTQ+ news and events and I must say it has been amazing to garner the support of 1,400 subscribers and to be the official broadcast partner for Pink Dot 2018. We hope you can join us here: t.me/proutapp

We are fundraising to make Prout a reality and your support will set us in the right direction for the next 10 years of the movement. We only have a few days to go until the fundraiser closes, so help us make this vision a reality by backing our platform on Indiegogo below.

Someday, we all can be proud and out in the wider community. Let’s begin with ourselves today.