From seeing two women walk down the aisle in Singapore to witnessing a lavish gay wedding in Bangkok complete with strippers and holographic projections, these 5 inspiring same-sex couples from Asia prove that it’s possible for us to carve out our own happily ever afters.

For many in the LGBTQ+ community, marriage is nothing but a distant fantasy.

But over the years, Dear Straight People have had the luxury of telling extraordinary stories that we never thought possible.

From seeing two women walk down the aisle in Singapore to witnessing a lavish gay wedding in Bangkok complete with strippers and holographic projections, these 5 inspiring same-sex couples from Asia prove that it’s possible for us to carve out our own happily ever afters. 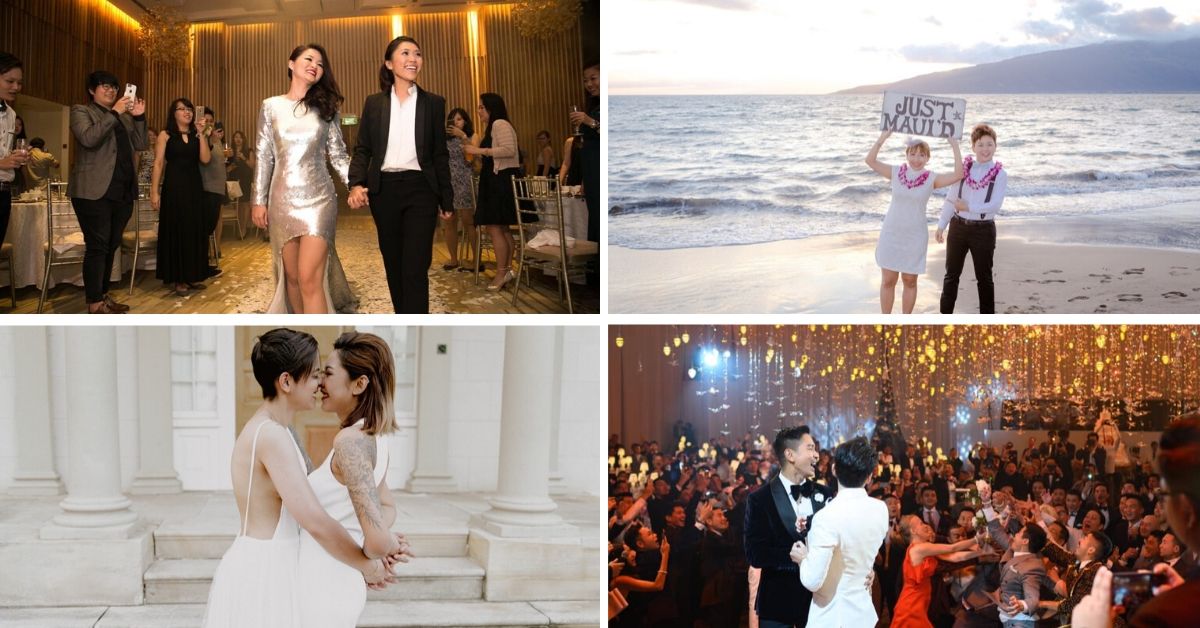 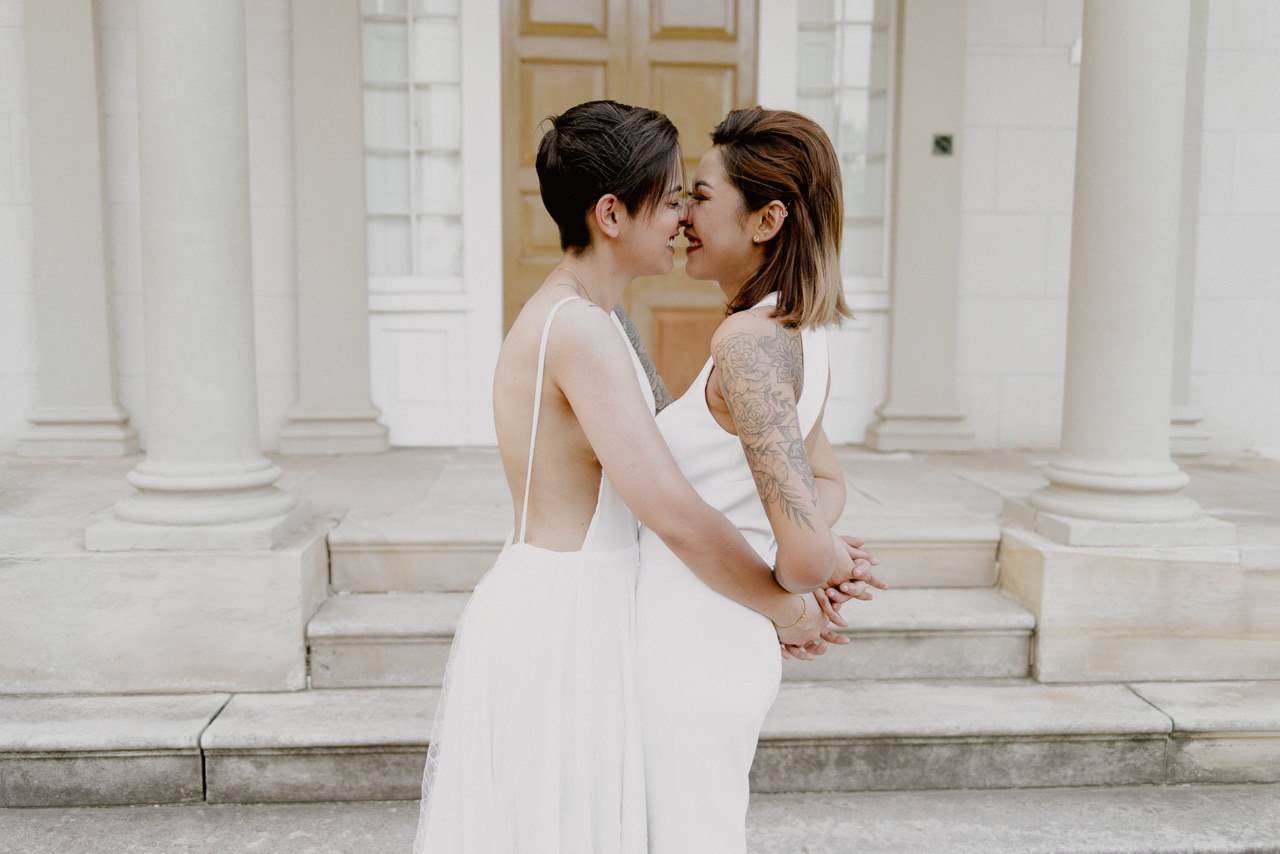 After penning a heartfelt piece last year detailing her struggle with not being able to tell her family that she is engaged, Rachael took the plunge and came out to her family. Thankfully, her family reacted positively as seen in this follow up article Rachael wrote.

Fast forward to 1 February 2020, Rachael and Sher got married in a beautiful ceremony in Sydney which was attended by their loved ones.

Seeing that everything worked out in the end brings hope to the rest of us that as cliche as it sounds, it does indeed get better. 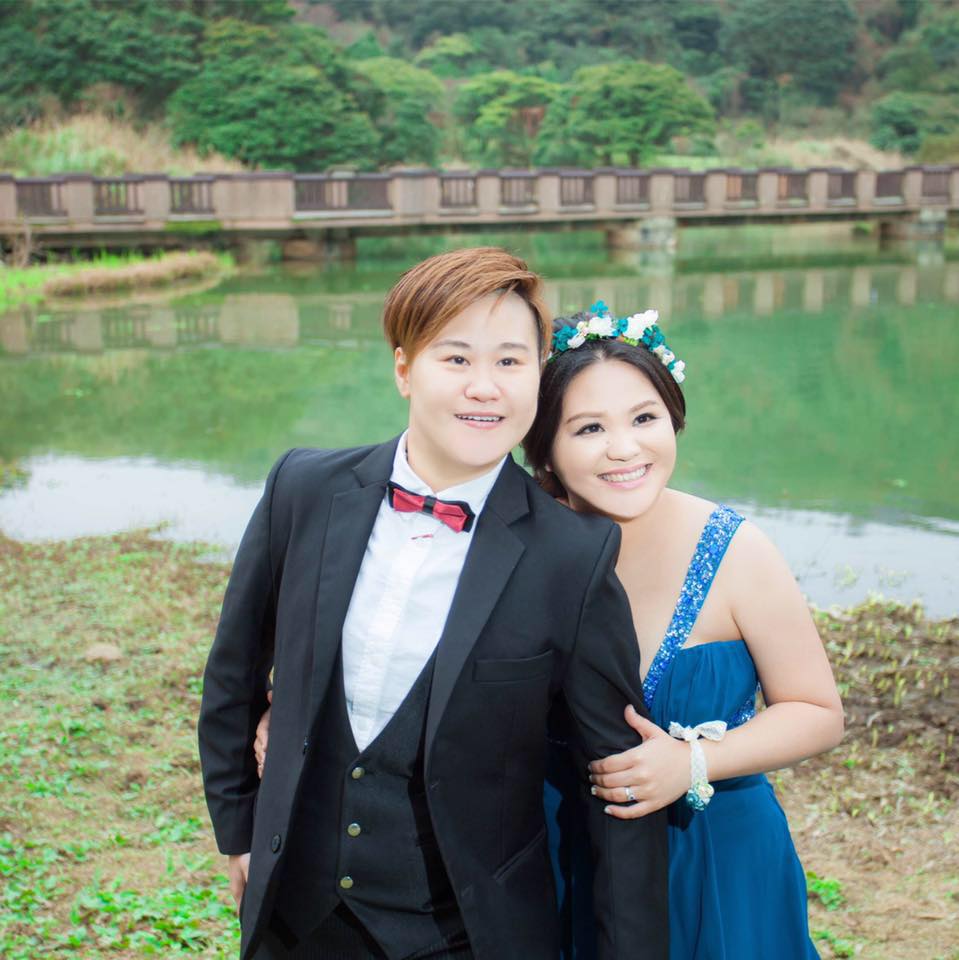 Maitri and Krys first met on Facebook, and started out as friends first before getting into a relationship.

After dating for a couple of years, the couple decided to get married in Thailand. The wedding ceremony was held at Marble Temple, which was the only temple in Thailand that accepted same-sex marriages at the time. The ceremony itself was a simple affair, conducted by 3 monks.

Fast forward to 2020, Maitri and Krys are still happily married and going strong. 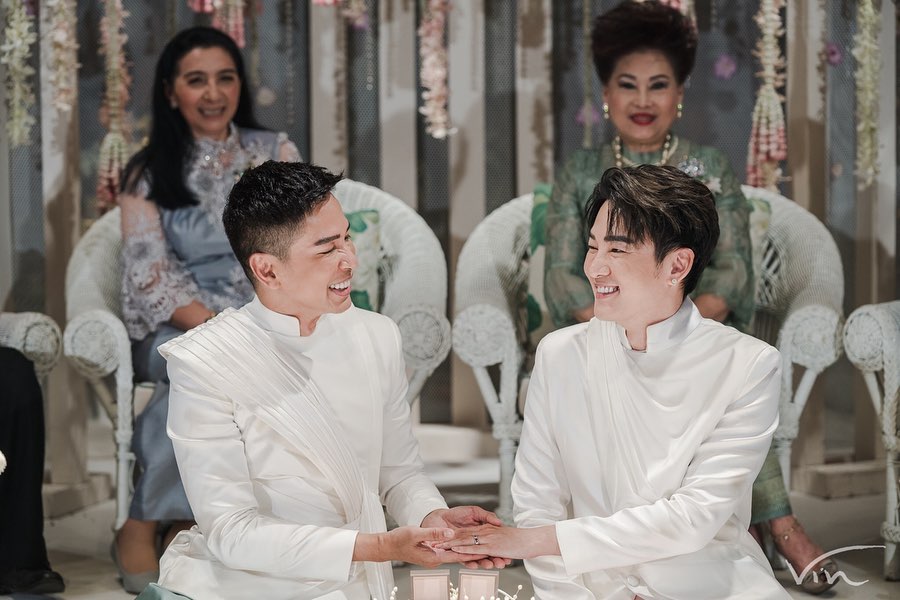 In what has become widely known as the ‘Gay Wedding Of The Year’, Tom Tan and Oui Srimuang got married in a lavish ceremony in Bangkok featuring a giant ice dick, stripping policemen and holographic projections.

But dreamy wedding aside, it was the fact that their wedding was attended by their family and friends that made their story resonate with so many.

As Tom himself puts it:

I hope our story and our wedding have touched, inspired or made you believe in love again. 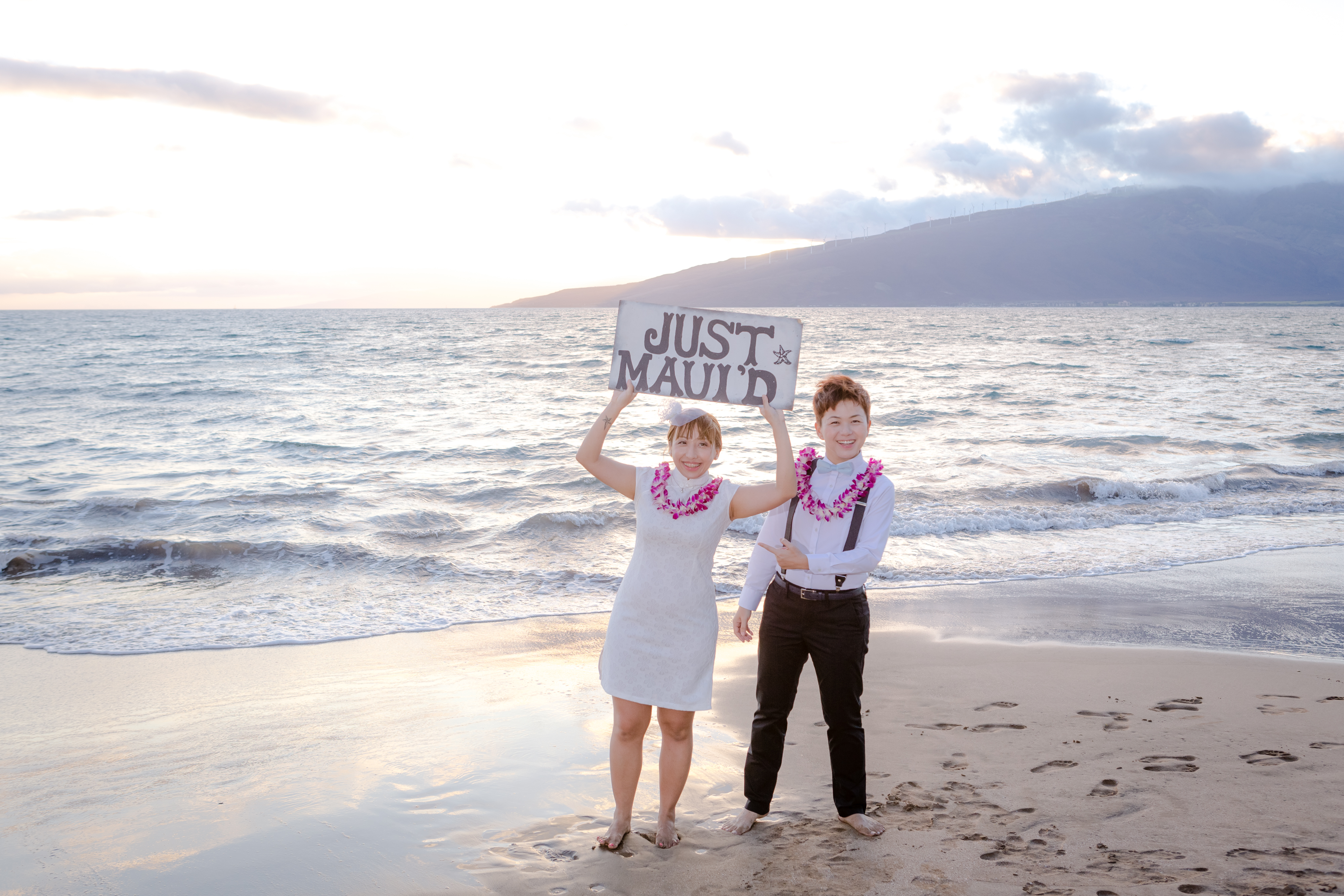 Together for over a decade, Maisy and Dawn made the life changing decision to get married on 8th August 2016.

Held on a secluded beach in Maui, Hawaii, their wedding ceremony was a simple affair. Find out more in the video below. 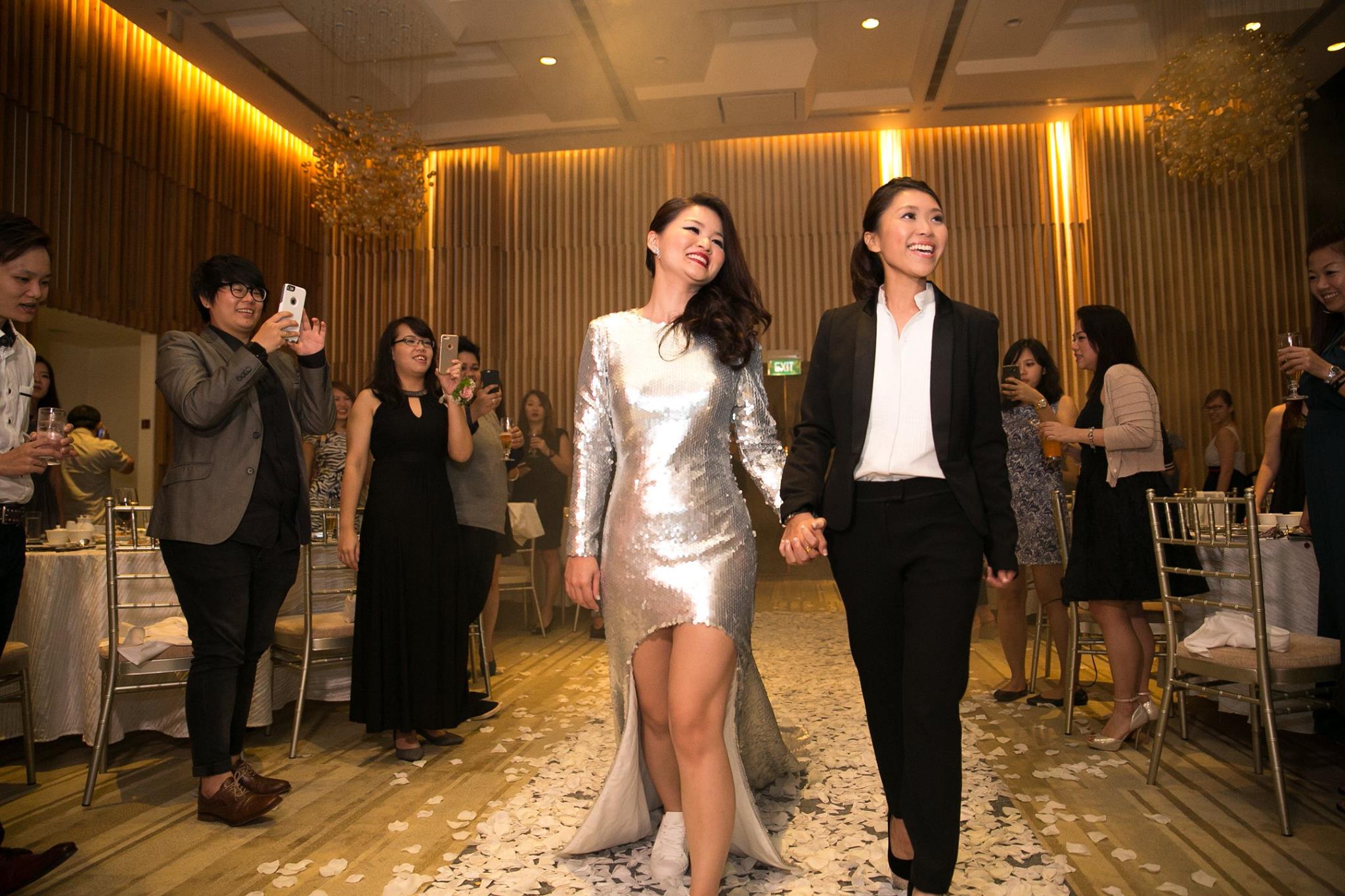 In what has become Dear Straight People’s most read coming out story of all time, Gillyn and Jolyn got married in a traditional Chinese wedding ceremony in Singapore with the full support of their family, extended relatives included!

With over 15,000 shares on Facebook alone, their touching love story was so popular that it earned them features in many other media outlets, with some publications translating their story to other languages so that more people will learn of their heartwarming tale.

You can read their coming out story here or watch the video below.