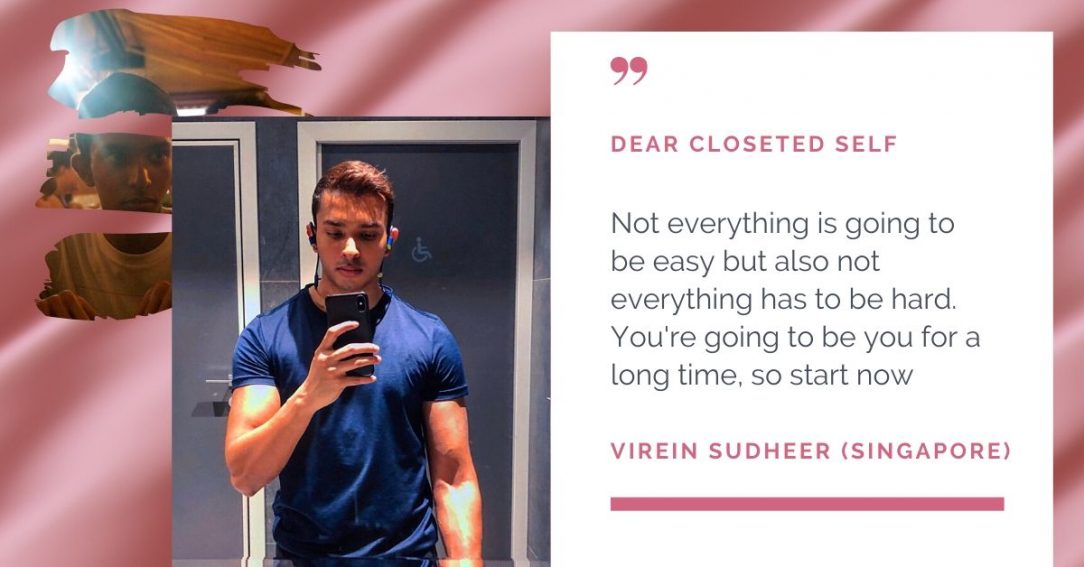 Virein Sudheer – Letter To My Closet

Virein Sudheer from Singapore, pens a letter detailing his struggles with self-acceptance and coming out of the closet. 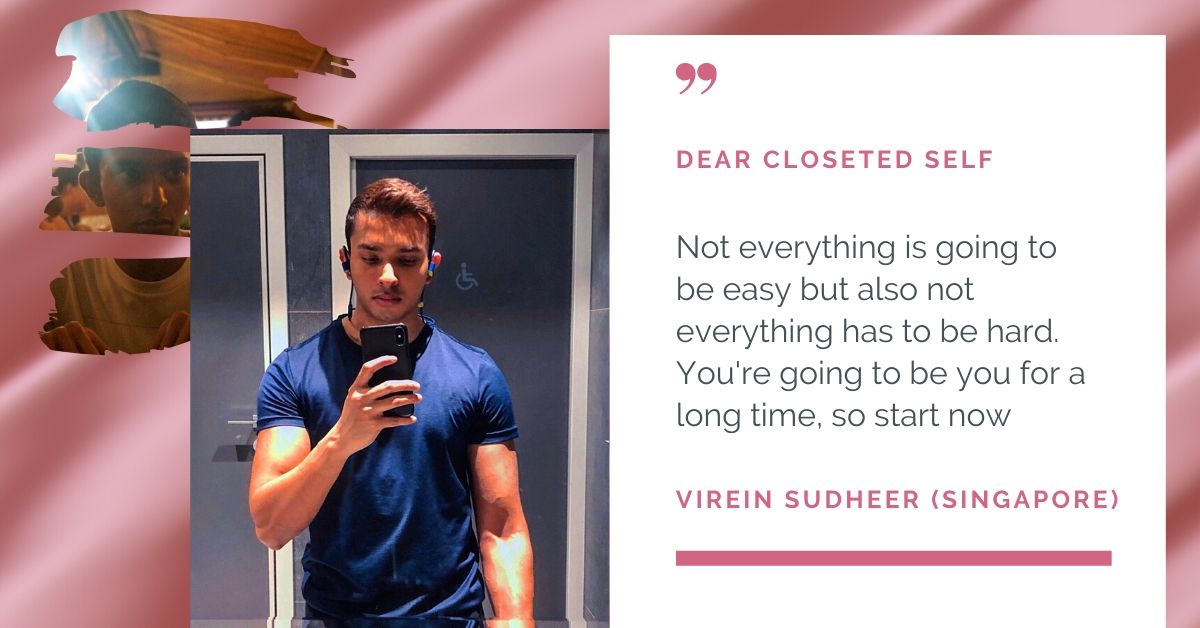 “Why me?” I remember feeling how you feel right now like it was just yesterday. All those nights staying up wishing you were different. You will cry about it at times. It’s going to be lonely. You must be exhausted of hiding so much, having your guard up all the time.

What I want to tell you is that those same-sex attractions you’ve been feeling won’t fade away because this is you and it’s the you that you have always been even if you don’t know it yourself. Eventually all of this paralysing fear of coming out is going to move you further and further away from the person you actually want to be.

I know when you first realised you were gay, you made that conscious decision to hide this forever from your family because you thought they would never understand. Stop being so worried that society’s misconceptions and prejudices will influence the way they react. Stop being so terrified that assumptions and fears will take over and that nothing will ever be the same anymore. Yes, nothing will ever be the same, but please give them more credit than that. Really soon, your brother is going to find out and while that might seem horribly daunting at a time like this, you are going to be pleasantly surprised to see how completely open and supportive he is, and that right there is the beginning of when it gets easier. No one actually cares who you are attracted to, and the ones that do simply don’t understand what love is.

Learn to forgive yourself. But years from now you will unpack this and realise you did nothing wrong. Not everything is going to be easy but also not everything has to be as hard as it is so be gentle to yourself. You’re doing great. You’re going to be you for a long time, so start now. (Maybe stop being such a bitch at times – all that misplaced teenage angst.) Even though there’ll be moments that feel like the end of the world, they’re really not and one day you will look back and realise all the things you’ve gone through – the struggles of coming out and the internal conflicts you’ve dealt with in terms of being gay – have made you who you are today. You are proud of the person you’ve become.

You’re also not the only person with problems and emotions, so take a moment and step back sometimes, and remember that there’s a whole world of people besides you going through their own adversities. You are going to learn so much about yourself and life. The greatest reward is that this journey doesn’t end with you, you’re going to do this with friends that have your back no matter what, who will help you in ways that you may find unimaginable now. Friends who mean the world to you and who have gone through the exact same things you have and more.

You may not be ready to leave the closet now and you still may not be completely out to everyone for quite a while, but I promise you won’t regret this period of your life. You have to fully and completely understand what it feels like to be in the closet before you begin to fathom what it takes to leave it. Someday though, you will come to truly accept yourself for who you are and this is the most important thing that you will ever do.

Trust the process, take it one step at a time and embrace this empowering journey kiddo!