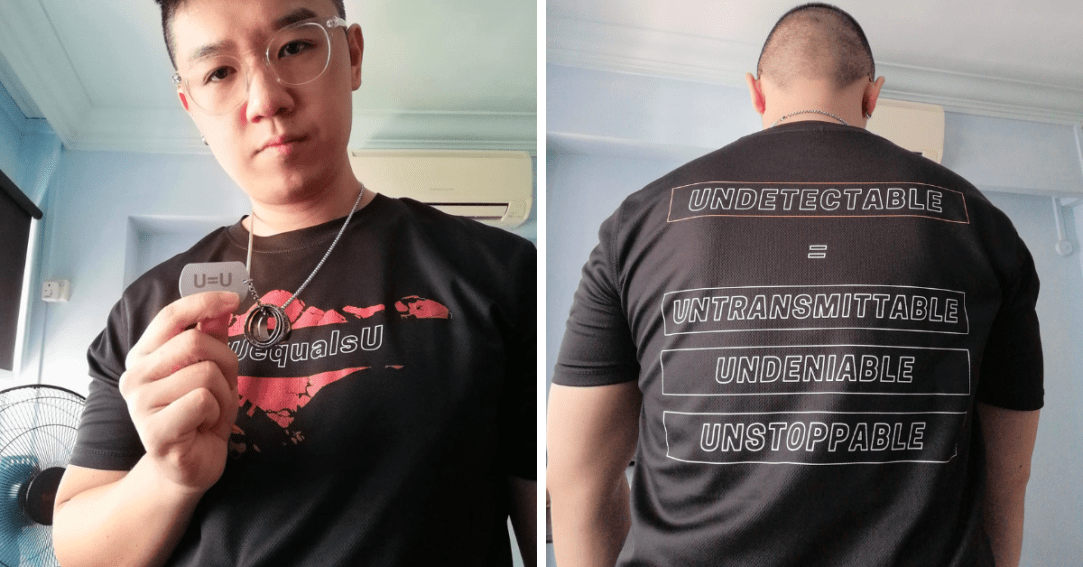 Calvin Tan, a person living with HIV, shares his response to the recent incident involving the 48-year old Singaporean who was jailed for not disclosing his HIV status.

On 7 June 2022, a HIV-positive 48-year old Singaporean was sentenced to a year’s jail for not disclosing his HIV status to his sexual partner.

The HIV positive man had an undetectable load, which meant that there was effectively no risk of transmission of HIV, even during unprotected sex.

As a person living with HIV, I found his sentencing to be deeply upsetting.

We now live in a modernised world where HIV shouldn’t be an issue anymore. But this incident clearly shows how the laws need to catch up with science when it comes to HIV.

My name is Calvin Tan and I have been living with HIV for 7 years now.

I was infected with HIV when I was 19, back when I didn’t know better because some laws said I was a criminal, so why should I care about my life when it was wrong to be myself to begin with?

I still remember how schoolmates came up to me and said “Do you know that being yourself is wrong?” while I was having lunch with them.

Current laws dictate I have to disclose my status to my partner so they know the risks of sleeping with me, which will allow them to make an informed decision. I just have to tell them I have a virus that can infect them regardless of my viral load and I would be safe from getting incarcerated. Easy right?

It’s not fun for me to have to keep reopening my trauma whenever a sexual opportunity presents itself. I’ve even had incidents where strangers threatened to out my status because they found it fun to see me suffer.

Being Diagnosed As U=U (Undetectable = Untransmittable)

U=U(Undetectable = Untransmittable) arrived halfway through my first year of diagnosis.

This means there was no effective risk of me transmitting HIV even during unprotected sex. It was my saving grace. I can finally declare that I am non-infectious so others can accept me, right?

A nurse called the cops on me because she thought I was willingly infecting others without asking if I was non-infectious. Peers refuse to believe that I cannot infect others even if I have been on medication for years. People think I am selfish for “coming up with a medical statement so I can get away scot-free”.

Despite the massive medical advancements made in the field of HIV, everyone decides that people living with HIV should always declare their status because it’s the ‘right’ thing to do.

Have you ever considered that we might have already done so and the other party just pretends that never happened and wants us to get into legal trouble?

I ask on behalf of my community, the People Living with HIV community; the ones that went to hell and back, the ones that are rejected by this country and its people for a condition that simply compromises our immune system but manageable as a chronic condition, the ones that have died because of existing laws:

Just because a law is there doesn’t mean it should be there.

We live in a modernised world where HIV shouldn’t be an issue anymore. So why is it still an issue today?