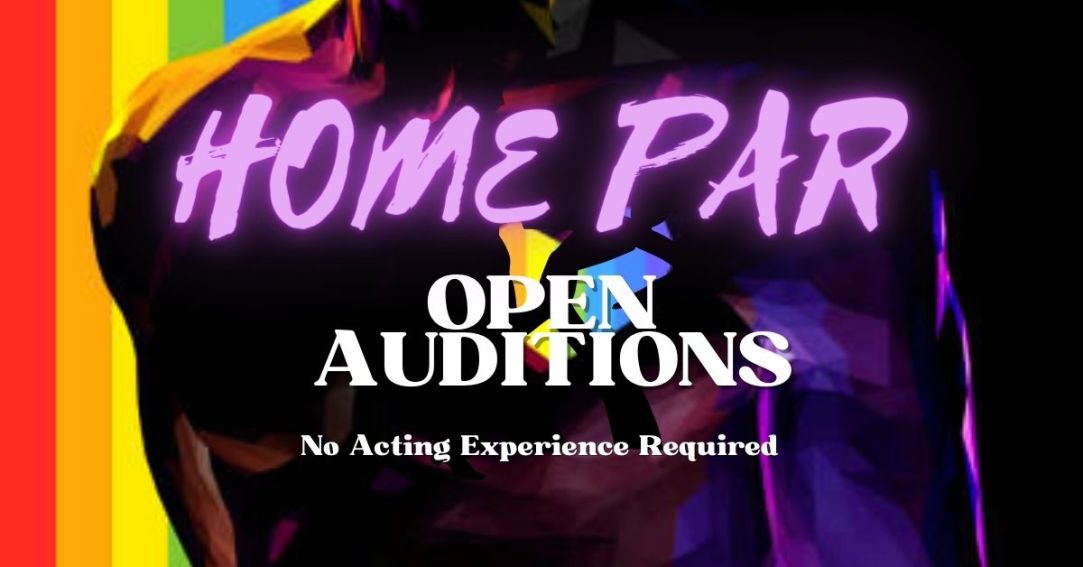 HOME PAR is written and directed by Sean Foo, who is best known for writing and starring in ‘Getaway’, Singapore’s first gay BL web drama series. Getaway premiered to great success, with its 5 episodes garnering over 1.5 million views and counting.

Getaway also earned features on numerous media outlets, ranging from local publications like Mothership to international media outlets such as South China Morning Post. But that’s not all. Getaway even picked up a slew of awards at film festivals.

Fresh from the success of Getaway, Dear Straight People is excited to announce ‘HOME PAR’ as our next scripted project. Proudly sponsored by FabulousMe, HOME PAR is projected to be between 15 to 30 minutes long.

HOME PAR is set to drop on Dear Straight People’s YouTube channel before the end of this year.

PLOT: Fierce, flamboyant and feminine, a newly single Fab (Aiman Haikal) crashes a private invite-only party where he is thrust into the exclusive world of go-go boys and circuit queens.

‘Home Par’ explores the different ways that gay men deal with discrimination, and is ultimately a love letter to gay friendships.

Leading the cast of HOME PAR is Fab, played by Singaporean influencer and content creator Aiman Haikal. As one of Singapore’s few openly queer public figures, Aiman is known for his fearless personality and comedic talents.

FAB: Brown, genderqueer and plus-sized, Fab is a self-described minority within minorities. Bullied from a young age, Fab has learnt to use his biting sense of humour as a defence mechanism. After all, it’s better that people laugh with him than laugh at him.

Beneath his loud and confident exterior however, is a boy yearning for acceptance. His desire to belong explains his unhealthy obsession with Lady Gaga, another self-professed outsider.

MARK – With his muscular physique and formidable online following, Mark seems like he has it all. But life has not always been so smooth sailing for him.

Bullied at a young age for being effeminate, Mark has moulded himself into your straight-acting boy next door. After all, the best way to avoid discrimination is to blend in with the crowd. A desperate people pleaser, his knack for compartmentalising his life is tested when his childhood BFF Fab crashes a home par and comes into contact with his circuit friends.

ALEX – A home par veteran who has been in the scene for decades, Alex is renowned all over the world for throwing the best home pars in Singapore. The resident daddy to Singapore’s gay community, Alex takes pride in mentoring younger gays, and being the support system that he never had growing up.

JOHN – His stern face and intimidating build makes him the perfect door bitch. But after failing to keep Fab out of the home par, his wounded pride drives him to ensure that Fab has a terrible night and never attends another home par again.

RYAN – Friendly, chatty and always smiling, Ryan is the epitome of Mr Nice Guy. His jovial and unassuming nature makes him the only person in the home par who is welcoming of Fab from the very beginning.

SKY – The only straight person at the home par, Sky is a go-go boy who prides himself on being an ally to the LGBT+ community (he attends Pink Dot every year!).

RAIN – A hustler who works hard for his money, Rain is an OnlyFans star by day, and go-go boy by night.

While acting experience would be a bonus, it is not required.

As long as you believe that you suit the role and am interested in being part of a groundbreaking production, you are more than welcome to apply to be a part of ‘Home Par’.

Before you send in your application, do take note of the following:

Is this a paid job?

Yes, all actors cast in HOME PAR will be paid. The more prominent your role, the higher the remuneration.

The production team will also provide you with three meals a day during the shoot itself.

Do I have to be gay in order to audition for HOME PAR?

No. Any actor is welcome to audition as long as they are gay friendly.

What are the ethnicities of the various roles open to audition?

All characters open for audition are open to all races.

Are the roles only open to Singaporeans?

No. As long as you’re based in Singapore during the days of the shoot, you are welcome to audition.

If you are willing to fly to Singapore specifically for this shoot, you are welcome to do so but Dear Straight People will not cover the cost of your flight and accommodation.

How many roles can I apply for?

You can apply for as many roles as you would like.

For roles that require a sex scene, do I have to be naked for the filming?

It is not necessary to be naked during the filming of the sex scene. You can be clad in your underwear for the scene, and we will rely on camera tricks to make it seem like you are naked.

Rest assured that you will not be asked to do anything that you are uncomfortable with. Watch our behind-the-scenes vlog on how Dear Straight People’s sex scenes are filmed here.

Can I only apply for a non-speaking role?

Yes. Applications are also open to those who merely want to be extras.

When will I know the results of my application?

We regret to inform you that only shortlisted candidates will be contacted for an audition.

Applications close on 12 October 2022. The earlier you apply, the higher the likelihood of you getting shortlisted. So send in your application as soon as possible!

APPLY TO BE CAST IN HOME PAR HERE