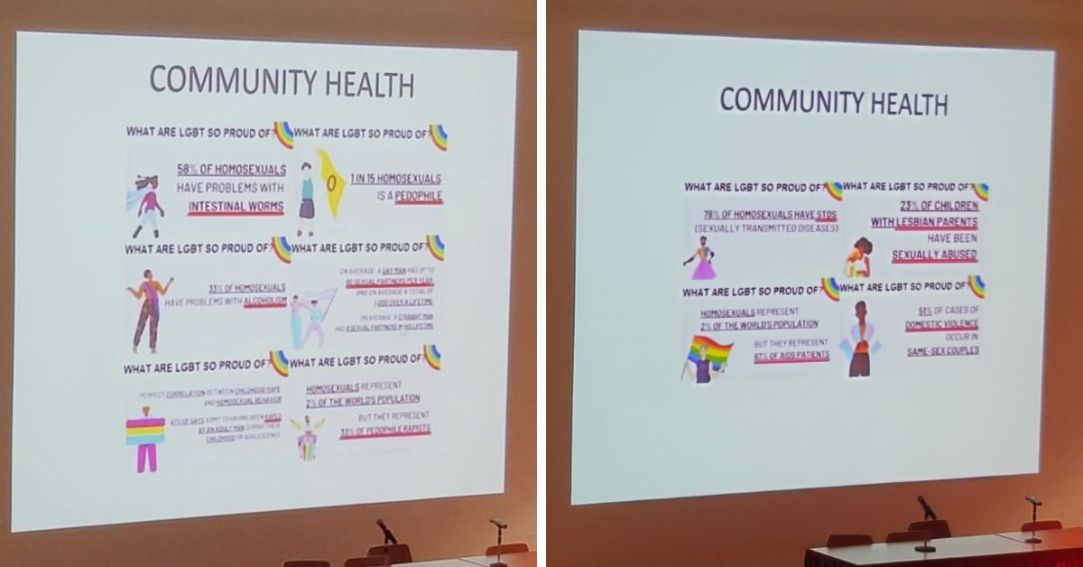 Allegations that a school counsellor at Hwa Chong Institute gave a talk making discrimatory remarks against the LGBT+ community have gone viral online.

Some pretty serious allegations have emerged against one of Singapore’s top schools.

It is alleged that a school counsellor at Hwa Chong Institute gave an anti-LGBT+ talk to Secondary 4 students, using questionable slides that made statements such as “33% of homosexuals are pedophiles and rapists” and “23% of children with lesbian parents have been sexually abused”.

Photos from the assembly have since gone viral online, with a reddit thread on the topic garnering hundreds of comments.

It has also been reported that the principal will be addressing the secondary 4 cohort on Monday, 18 July. Students who attended the talk have been discouraged by student leaders from speaking publicly about the matter until the principal’s address on 18 July.

If the allegations are true, it is worrying that a school counsellor harbours such extreme views.

Hwa Chong Institute have yet to respond publicly to the viral allegations.

Dear Straight People has reached out to Hwa Chong Institute for comment and will update if they respond.

UPDATE: Hwa Chong Institute has issued a statement in response to the scandal. You can read it here.