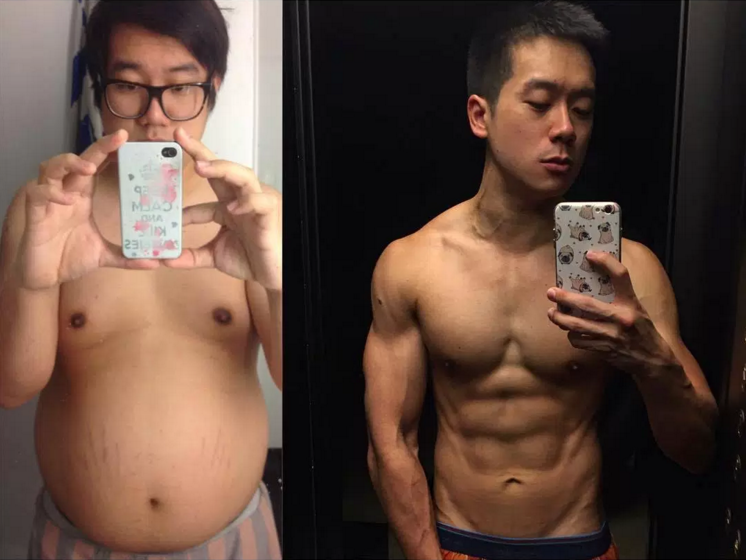 Fitspiration Of The Week: Gerald Koh from Singapore

By Dear Straight People in Fitspiration Of The Week, Health & Fitness, Viral on December 26, 2020
3 comments

There are two types of fitspos in the world; those who won the genetic lottery. And those who didn’t. 25-year old Singaporean Gerald Koh most definitely belongs to the latter group.

At his heaviest, Gerald weighed over 100kg. Finding fitting clothes was a daily chore for him and his blood pressure and cholesterol levels were off the charts. Even something as simple as walking up a flight of stairs would wear him out.

When I was overweight, I honestly felt devoid of any energy or drive to do anything even remotely physical.

Teased about his appearance for much of his life, the breaking point came when he found out his college mates were making Mean Girl worthy comments about him behind his back.

A friend of mine revealed that people were excluding me from gatherings and making fun of me. They would call me names like “irritating fat blob”.

It hurt very deeply, especially since some of the comments were made by people I considered nice. 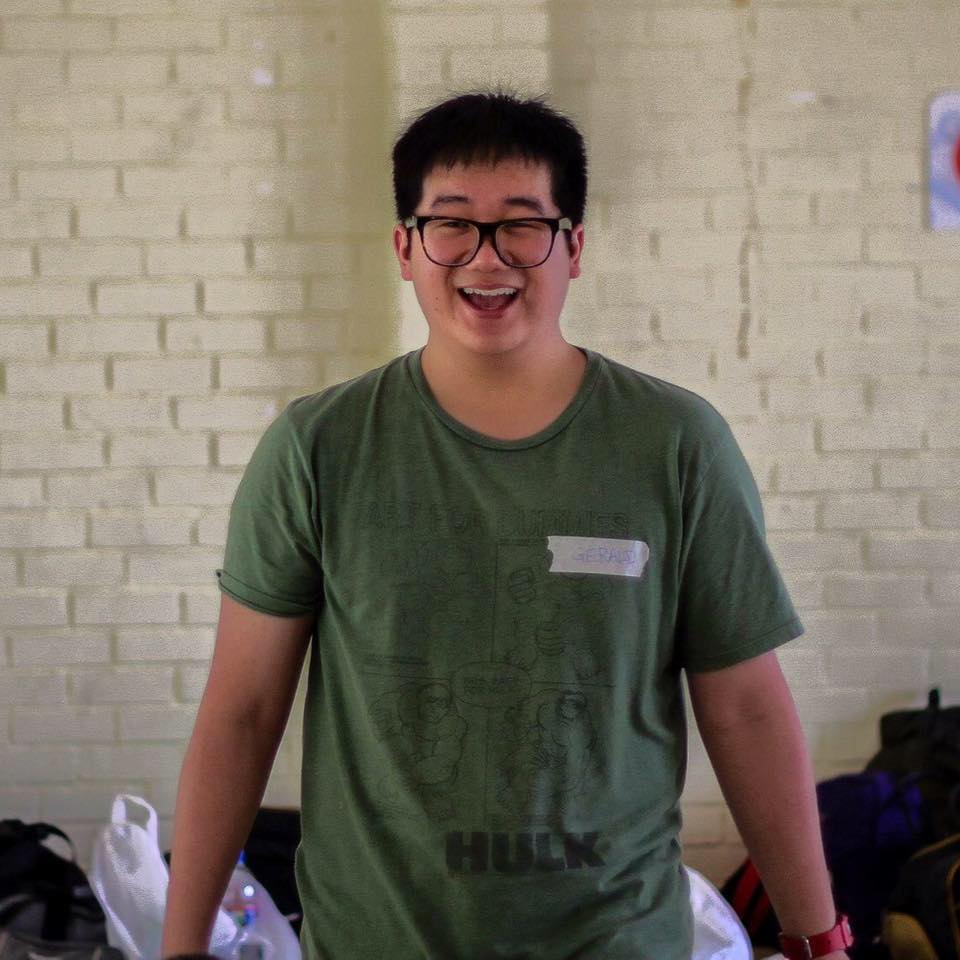 Determined to prove his detractors wrong, Gerald set his mind on transforming himself.

The next day, I threw all the junk food out of my room and spent the day pouring over what fitness information I could find on Google.

Completely new to the world of fitness and dieting, Gerald relied solely on the internet for help. He ended up buying a ton of unnecessary supplements and even sustained leg injuries due to excessive cardio which continue to haunt him till today.

I didn’t hire a personal trainer and was basically a diet and fitness newbie. So I was basically experimenting with random training programmes I found online.

However, his drive to lose weight never wavered and his efforts eventually paid off. Within 8 months, Gerald managed to shed off most of his excess weight to attain the kind of physique that most men could only dream of. 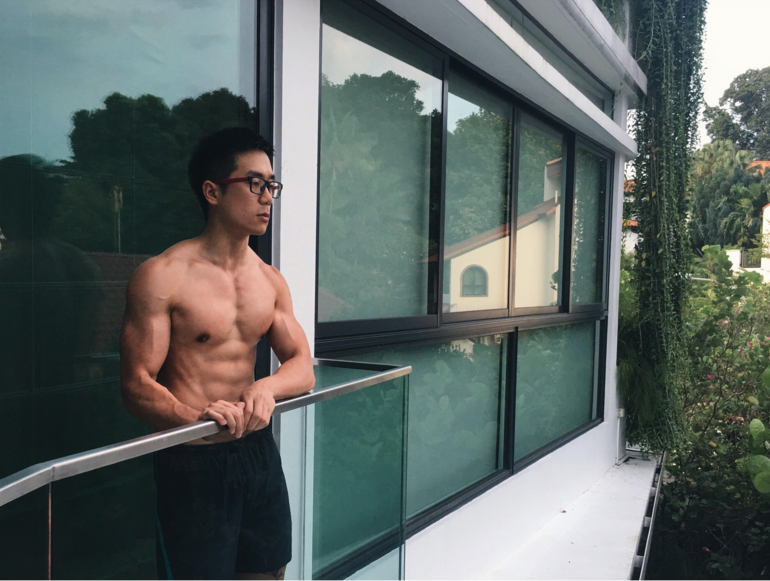 Then in July last year, a chance encounter with a few hidden camera abattoir footage clips on YouTube became the spark which set Gerald on the path towards a vegan lifestyle.

Appalled at the shocking footage of what went on inside slaughterhouses, Gerald investigated the issue further with a few choice documentaries such as Cowspiracy, Forks Over Knives and Food Matters.

I was still worried about things like nutritional deficits and fitness performance, but after finding a huge number of successful vegan fitness personalities online, I thought I’d start with a one month challenge to give this lifestyle a shot.

What was supposed to be merely a one-month challenge ended up with Gerald completely adopting the vegan lifestyle. 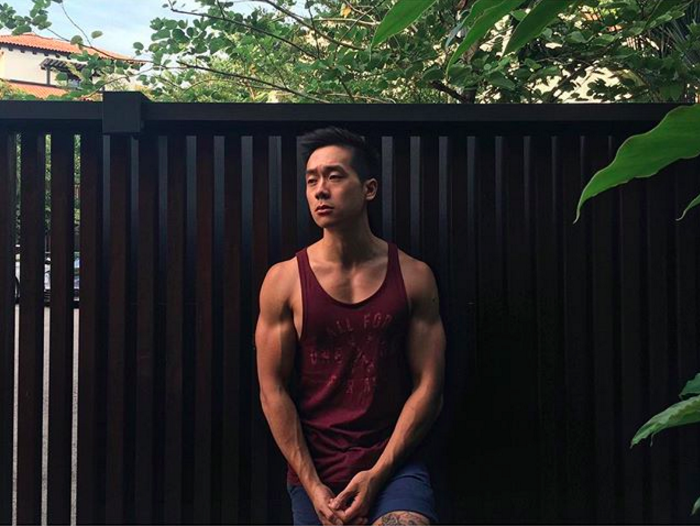 It’s been 7 months since Gerald became a full-fledged vegan and he doesn’t seem to be stopping anytime soon.

Currently on a mission to put on more lean mass, Gerald is a medicine student at Monash University in Melbourne and aspires to one day, become a reputable doctor. When Gerald is not busy making massive gains in the gym, you might find him baking up a storm in the kitchen. Croissants are reportedly his specialty!

Check out the Profile and Q&A segment below to find out more about Gerald’s inspirational fitness journey! 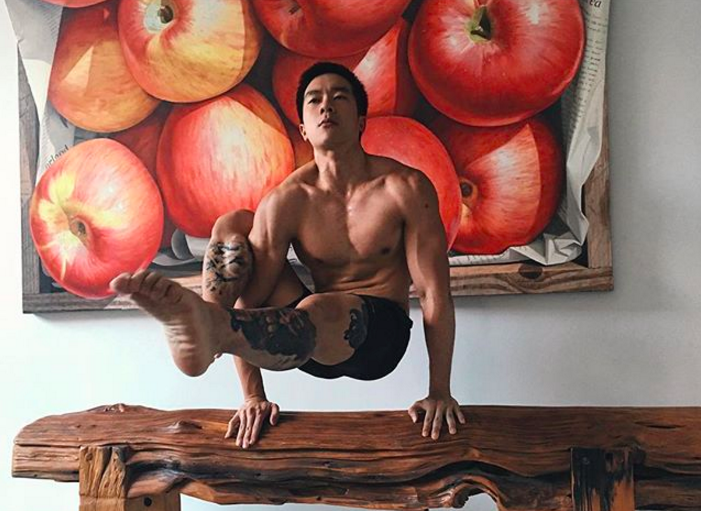 Workout Regime: It changes every 3-4 months. I’ve just finished a cycle of German Volume Training and am experimenting with a reverse pyramid training programme right now. 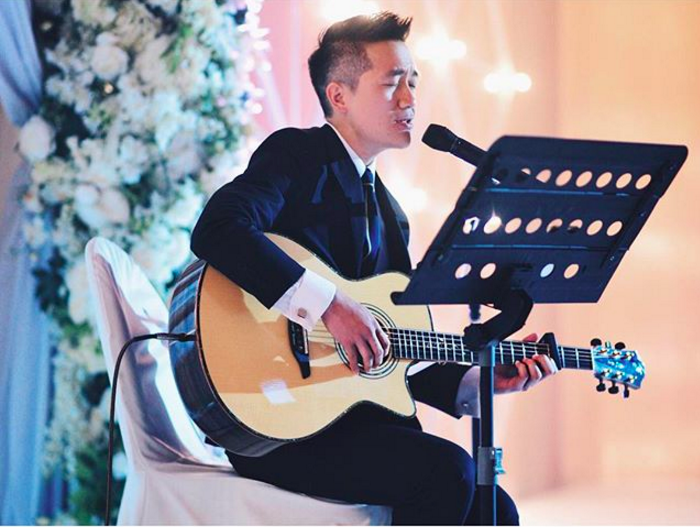 1. What were some of the difficulties that you faced back when you were overweight?

My pre-enlistment medical check up for national service showed that I had extremely high cholesterol and high blood pressure, which led to my lowered PES status.

It strained my relationship with my parents, who thought making me go through ridiculous diets (like eating just one slice of wholemeal toast with a sliver of smoked salmon for dinner) would help me lose weight. I used to go crazy at the army canteen during my lunch breaks just to spite them, which combined with my sedentary vocation, only led to more weight gain.

I wore baggy things to try and convince myself I didn’t have a large belly. I also got teased a lot by my peers for the way I looked.

2. How do you motivate yourself to continue hitting the gym?

I think it’s good to surround yourself with like-minded people.
Most of my friends share the same attitude towards fitness as I do, which definitely helps motivate me to hit the gym regularly. I also occasionally look at my older pictures and remind myself that I never want to go back feeling that miserable and unhealthy ever again.

3. Which part of your body are you most proud of now?

I’m pleased with the progress I’ve made with my chest and abdomen.
If you’ve seen my older pictures, you’ll know that I had saggy man-boobs and an almost pregnant-looking paunch. I still cringe whenever I see the “Before” photos I took to document my fitness journey.

4. What has been the greatest challenge for you in being a vegan thus far?

It’s naturally really difficult to be a vegan in today’s primarily omnivorous society.
It’s hard to find vegan-friendly places to eat at (more so in Singapore than in Melbourne), which can make dining out with friends or family a chore. I usually eat something before a meet-up so I don’t impose on them.
My parents were also extremely unsupportive at the start, but they have since come around.

5. What has been the greatest reward for you in being a vegan?

About a month or so into the diet, my energy levels and mood had improved noticeably.
My skin had also cleared up a lot (I used to always get a ton of pimples along my cheekbones and jaw line). Now, seven months later, I still haven’t noticed any negative impacts on my workout performance or health, but I will be doing a health check-up at some point next year just to be sure.

6. What do you think is the biggest misconception people have about vegans?

As a fitness enthusiast, I often get asked about protein deficiencies.
There are a vast number of good quality vegan protein supplements available in the market now, derived from plant sources such as rice, peas, and soy. Food sources of protein include things like tofu, tempeh, beans and lentils.
Another thing that people don’t realise is that veganism isn’t just a diet. It’s a lifestyle. Which means we avoid purchasing animal-derived products and services. From things like leather goods, to bath products and zoos. It’s hard to be 100% perfect, and I myself have slipped up occasionally.
But overall, I believe that the whole point of veganism is to reduce your impact on animal exploitation to the best of your ability.

7. What advice do you have for people currently struggling with their fitness goals?

Do not confuse complicated for difficult.
There is a ton of information out there, but following the basic principles of a good diet, active lifestyle and sufficient rest will guarantee at least some results. It takes experience to figure out what works for you.
Living a healthy and fit lifestyle isn’t that complicated, but it can be difficult if you don’t have the willpower to stick to a regime. The results won’t happen overnight, but don’t be discouraged.
Celebrate every small achievement, be it a 500g loss in weight, or a slight increment in the amount you’re lifting.

8. Do you have anything else you like to add?

Set specific, short-term, measurable and  achievable goals.
It will definitely keep you more motivated than something that’s unrealistic, or too far into the future. These small targets will eventually add up to something big. 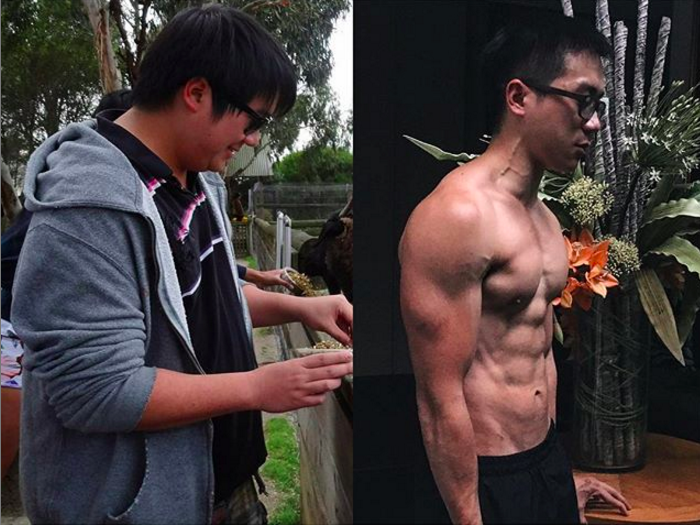 Once again, Dear Straight Peoplewould like to thank Gerald Koh for sharing his story with us.

If you would like to keep up to date with how Gerald is doing, you can connect with him through Instagram via @geraldbites

3 comments on “Fitspiration Of The Week: Gerald Koh from Singapore”