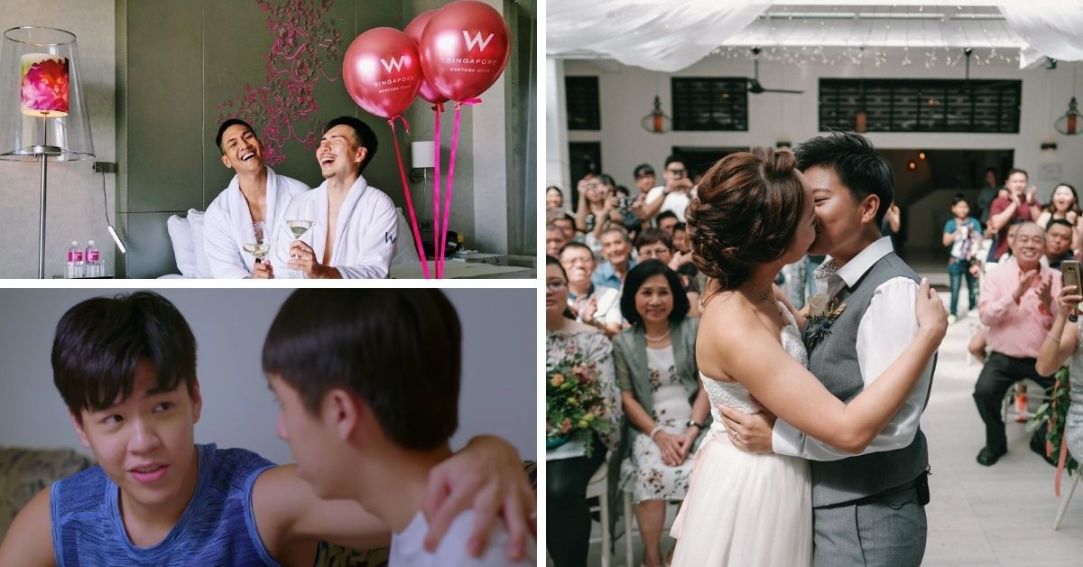 From inspiring love stories to controversial conversations, here are our top 10 most popular posts of 2020 that got a lot of people talking.

It has become an annual tradition for us to revisit our most popular posts of the year once the new year beckons and 2020 is no exception.

From inspiring love stories to controversial conversations, here are 10 posts we produced in 2020 that made a lot of noise.

Coming in at number 10 is probably the most controversial article we wrote this year. With over 1,000 shares, the buzz generated by this article led to a guest spot on one of Singapore’s most popular podcasts.

Some members of the LGBT+ community were upset with this piece, equating conversation with promotion when this article is as its title suggests, merely a conversation.

It would have been very easy and lazy for Dear Straight People to continue on the well-trodden path of wholesome politically correct coming out stories but we believe there is a need to move past ‘safe’ LGBT+ content and tackle the trickier aspects of the community.

9. 6 Lesbian Couples From Singapore Share How They First Met

In the lead up to Valentine’s Day, we published a compilation piece featuring 6 lesbian couples from Singapore that we’ve interviewed in the past. The resulting article ended up becoming our 9th most popular post of the year.

8. Out Of The Closet: Justin Foo Shares His Story

In this candid piece, Justin Foo shares with us his experience of being a signed artiste where he was pressured back into the closet in a bid to make it in Singapore showbiz.

Our 7th most popular post is actually this news piece on a group of resourceful gym owners turned durian sellers in Thailand.

It’s heartening to know that judging from their Facebook page, their business is still doing well!

6. Why Negative Media Portrayals Are Not Ok

Our post on why it’s not okay for Singapore mainstream media to promote negative gay stereotypes struck a chord with many, resulting in thousands of likes and shares on Instagram alone.

5. Out Of The Closet – Jason Yin & Thorin Duffin Share Their Story

In at #5 is this gay love story that deserves its own Netflix movie!

Meet Jason Yin & Thorin Duffin, a gay couple who have been together since high school. They are each other’s first love, first kiss, first everything!

This perspective piece on the deep body image issues prevalent within the gay community resonated with thousands of gay men all over the world, making it one of our most read articles of the year!

What’s better click-bait than one topless hunk? 13 of them!

From Taiwanese hunks to Korean oppas, these 13 boys were poised to make their gCircuit Songkran debut in 2020. The fact that this article had almost 3,000 shares shows just how much people were looking forward to seeing them strut their stuff on stage.

2. Out Of The Closet: Joyce & Qiuling Share Their Story

Our most popular coming out feature of 2020 is none other than our feature on Joyce and Qiuling, who got married in Singapore with the full support of their family and friends!

When a Singaporean ‘Karen’ had a very ‘Karen’ like response to a beautiful staycation ad featuring real life gay couple Andee and Hugo, we responded in kind.

Bonus Mention: Attending The ‘Gay Wedding Of The Year’

This video was produced in 2019, but it suddenly went viral again this year, racking up over 300,000 views on YouTube and Instagram in 2020 alone!

As this dreaded year finally comes to an end, Dear Straight People would like to sincerely thank you for all of the love and support you’ve given us this past year!